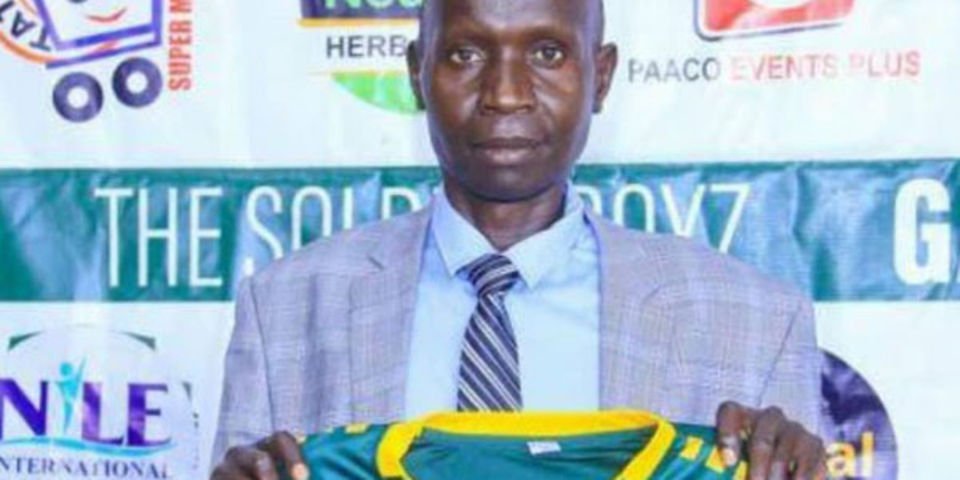 Coach Peter Onen has parted ways with Gaddafi following the team’s 1-0 loss to SC Villa on Wednesday at the Fufa Technical Centre in Njeru.

Onen joined the ‘Soldier boys’ officially on November 5 after a bad run of results that saw coach Mubarak Wamboya manage only two draws from the team’s five opening games.

He guided the team in fifteen league matches managing five wins, five draws and the same number of losses in 15 league outings.

“Yes it is true,” Onen confirmed his shocking sacking to this publication on Thursday afternoon.

“The reports say the performance wasn’t good but we [the team) is even ahead of the ones [SC villa] that beat us. You’re a new team in the top league and can’t say that you’ll beat every team that you face,” a disappointed Onen added.

The loss to Villa, whereby, second-half substitute Benson Muhindo came from the bench to gift the Jogoos a win was the final stroke that broke the camel’s back.

The club president Edrine Ochieng was seen walking angrily away from the stands with about ten minutes to play and off to his army green Landcruiser V8.

The situation went from bad to worse when the team bus left hastily after the game forcing the team players, staff including the chief executive, coach Onen and his technical team to rely on commercial motorcycles on their way back to Jinja.

“The players decided by themselves to move like that,” the club chief executive officer Paul Mukembo told Daily Monitor when asked about the unfolding events on Wednesday evening in an interview.

About the former gaffer The CAF A licenced coach took over from Mubarak Wamboya and has been at the helm of the club until his axe.

Onen, 43 years of age faced Arua Hill Sports Club as his first test with the Jinja based club who were playing for the very first time in the Uganda Premier League.

“I am so grateful to Gaddafi FC for picking up on me. My target has always been coming back to the Uganda Premier League. I am here to help Gaddafi FC to stay in the league over the coming years,” Onen remarked at the time.

“I am here to work and it will take a collective effort to achieve the club’s target,” he added.

Onen is also a psychologist with a Bachelor’s Degree from Langata Pontifical Urbaniana University, Nairobi, Kenya.

He was to be assisted by Hassan Zungu as First Assistant Head Coach; Wamboya as First Team Coach; Geoffrey Ngalire as Trainer; Asuman Bajampola as Fitness Coach and Frank Ssebagala as Goalkeeping Coach.

He now joins former Express FC coach Wasswa Bbosa on the list of those jobless, having lost jobs this season.