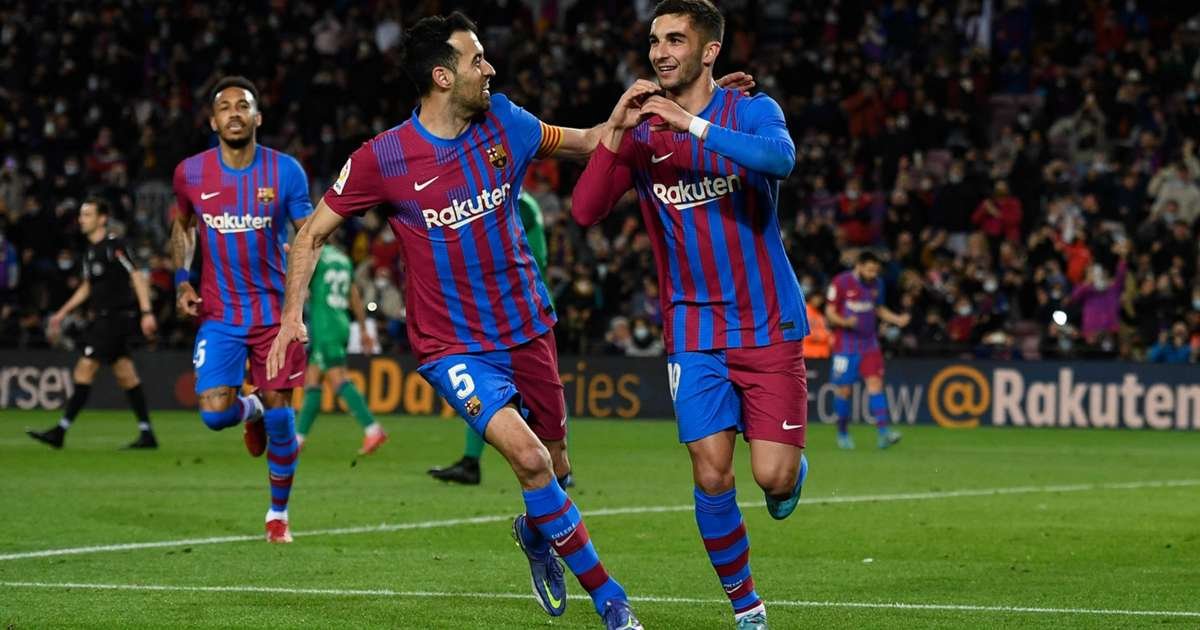 Barcelona moved up to third in LaLiga after Ferran Torres’ double and goals from Pierre-Emerick Aubameyang and Riqui Puig sealed an impressive 4-0 win over Osasuna at Camp Nou on Sunday.

Torres set Xavi’s men on their way to a fourth consecutive top-flight win with a brace before the midway point of the first half, the first of which came from the penalty spot.

Aubameyang added a third before half-time and Puig wrapped up the scoring 15 minutes from full-time with a close-range finish.

The Blaugrana, who are 12 points adrift of leaders Real Madrid, are level on points with fourth-placed Atletico Madrid but have a game in hand on Diego Simeone’s side. 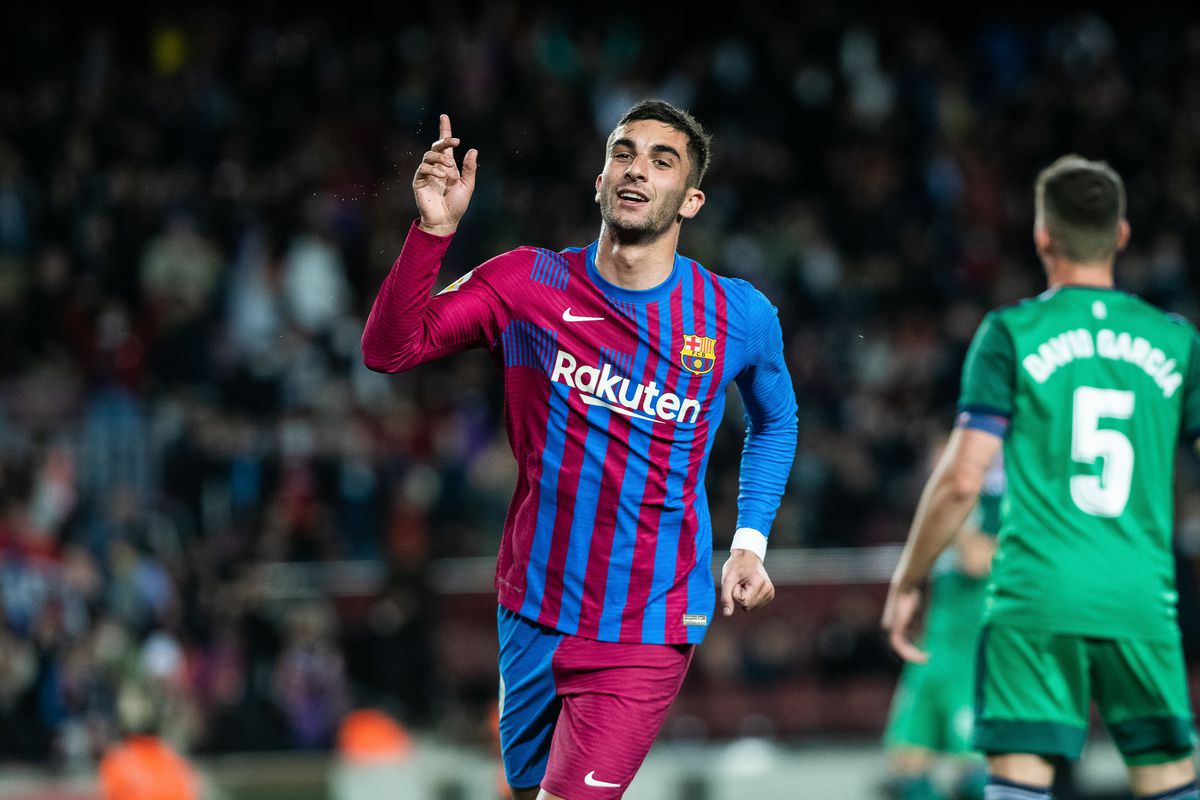 Barca went ahead in the 14th minute, Torres stroking home from the penalty spot after Gavi had been brought down in the area by Nacho Vidal.

Dembele was again the provider for Barca’s third in the 27th minute, with Aubameyang getting in front of his marker to prod home the France international’s cross from close range.

Dembele and Aubameyang both went close to adding a fourth as Barca picked up where they left off at the start of the second period, while Gerard Pique saw an effort ruled out for offside. 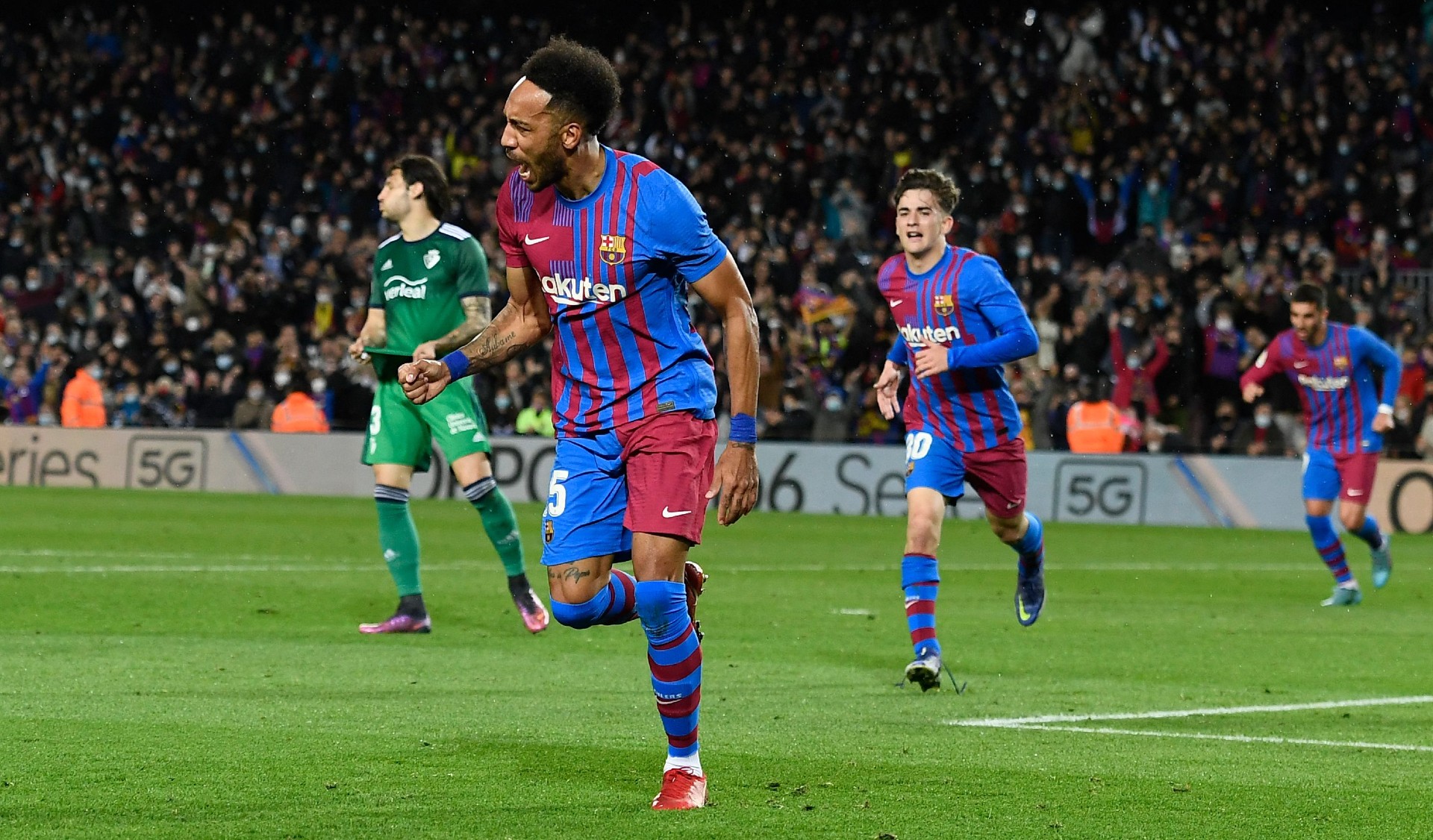 Herrera denied the excellent Dembele in the 70th minute before Puig scored his first goal of the season two minutes after replacing Pedri, rounding Herrera and slotting in after the Osasuna goalkeeper had kept out his initial effort.

Barca drew a blank in their Europa League clash against Galatasaray on Thursday despite dominating the game, but there was no such profligacy on show here.

They had an expected goals ratio of 2.3 in the first half – their highest value in the opening 45 minutes across all competitions this season – as they secured a 12th win in 14 home league games against Osasuna with the minimum of fuss.

Torres was electric in the first half, plundering his first LaLiga brace in what was his 78th appearance in the competition. That double came from just four shots, with the former Manchester City man having scored only once from his previous 16 attempts in the Spanish top flight.

He did not get on the scoresheet, yet Dembele was central to Barca’s success. The 24-year-old has now provided five assists in his last four LaLiga games – the joint-most in the competition alongside Athletic Bilbao’s Alex Berenguer and the same amount he managed in his previous 45 league games.

Barca will next travel to Galatasaray for the second leg of their last-16 tie on Thursday before El Clasico against Real Madrid at the Santiago Bernabeu three days later. Osasuna is next in action on Saturday when they host Levante in LaLiga.