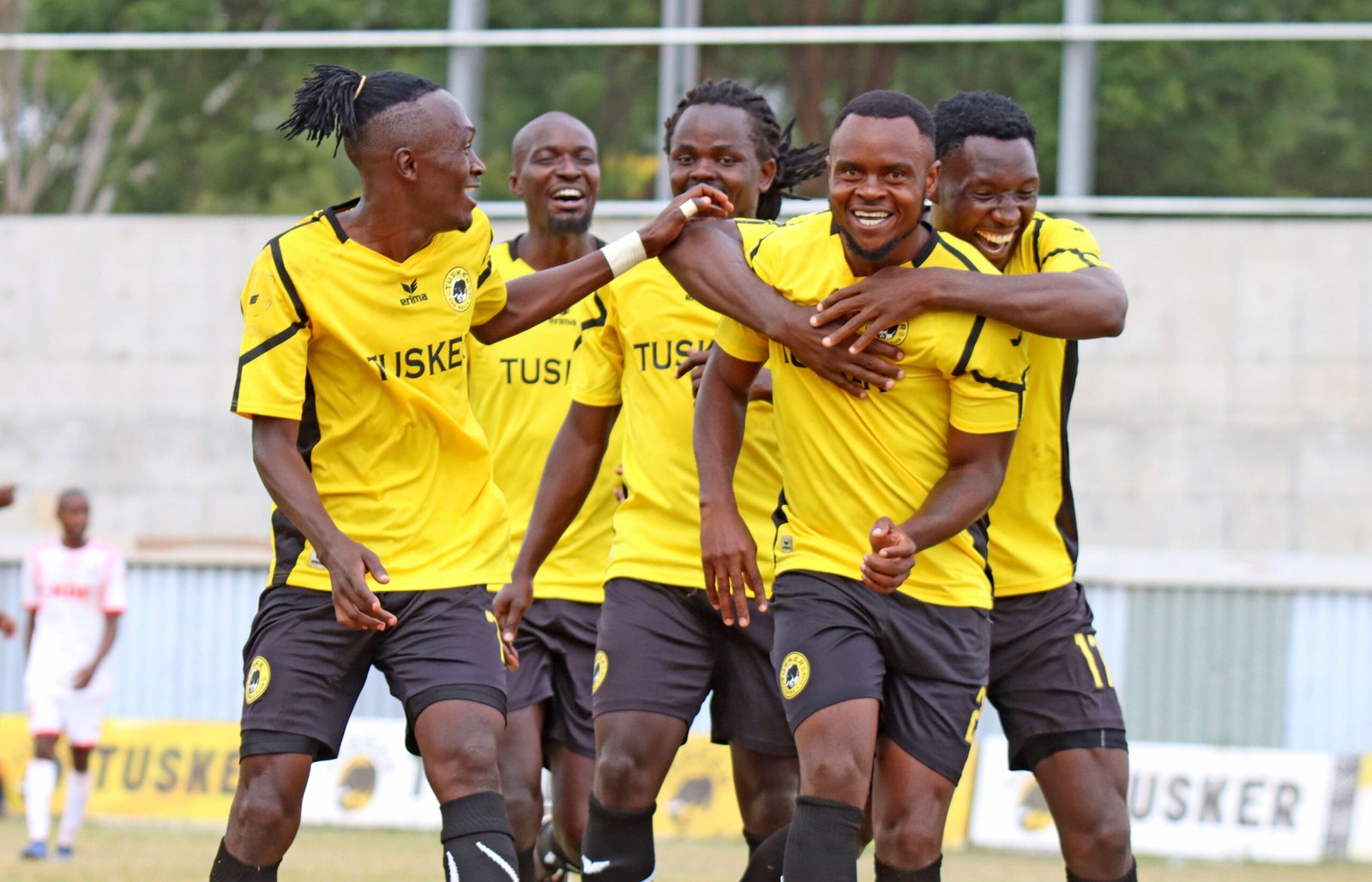 FKF Premier League defending champions Tusker FC picked their fourth win in five games as they continued their ascendancy on the standings, while league leaders Kakamega Homeboyz thrashed Mathare United 3-1 to move six points clear on top of the standings.

Homeboyz had come into the Mathare tie at Kasarani on the back of three back to back draws and were desperate to get back to winning ways.

They were 2-0 up after just 17 minutes with goals from Yema Mwamba and Stephen Opoku scored within four minutes of each other.

Eugene Wethuli halved the deficit five minutes to half time to give the Slum Boys hopes of mounting a second half comeback. However, despite their efforts, they were undone at the stroke of 90 minutes when David Okoth scored the third for Homeboyz.

Meanwhile at the Ruaraka Complex, holders Tusker had come into the tie off a confident run of matches and were looking to clinch three points to narrow the gap between them and the leading pack. 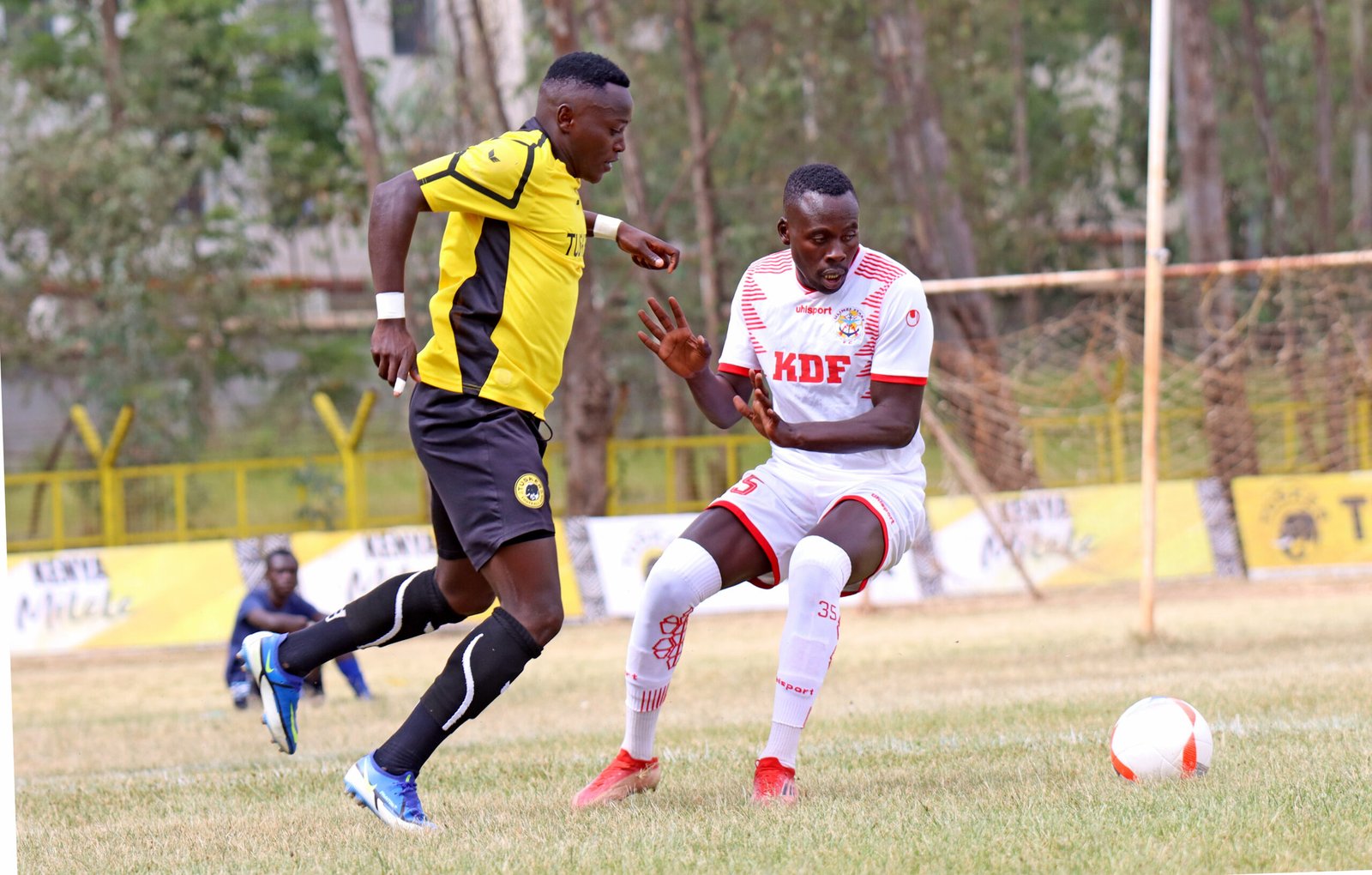 They did just that with Jackson Machari and Shami Kibwana coming off the bench to score two quick goals that took the alemen to 29 points, two away from second placed Kariobangi Sharks.

They had started the match slow with Ulinzi dictating the tempo in most of the opening minutes. Mark Bikokwa threatened early for the soldiers with a well taken shot from distance but it flew inches over the bar.

On the other end, Tusker had two chances. John Njyguna, an immediate former Ulinzi Stars player, took the ball on the right for the brewers before taking an aim at goal. However, the shot took a deflection on a defendertaking the sting off it for an easy save for the keeper.

Midfielder Clyde Senaji also had a go at goal when he drove to the edge of the box but his low shot was well collected by James Saruni in Ulinzi’s goal.

The visitors had a golden opportunity to score on the half hour mark. Keeper Patrick Matasi spilled a freekick from Daniel Waweru and the ball was volleyed back into the area. However, defender Kevin Ouma headed the ball over with a gaping goalmouth.

Tusker sought to balance their approach in the second half and coach Robert Matano made changes. David Majak who had been heavily marked in the game paced way for Macharia while Shami was brought in for Njuguna. Humphrey Mieno also came in for Rodgers Ouma. 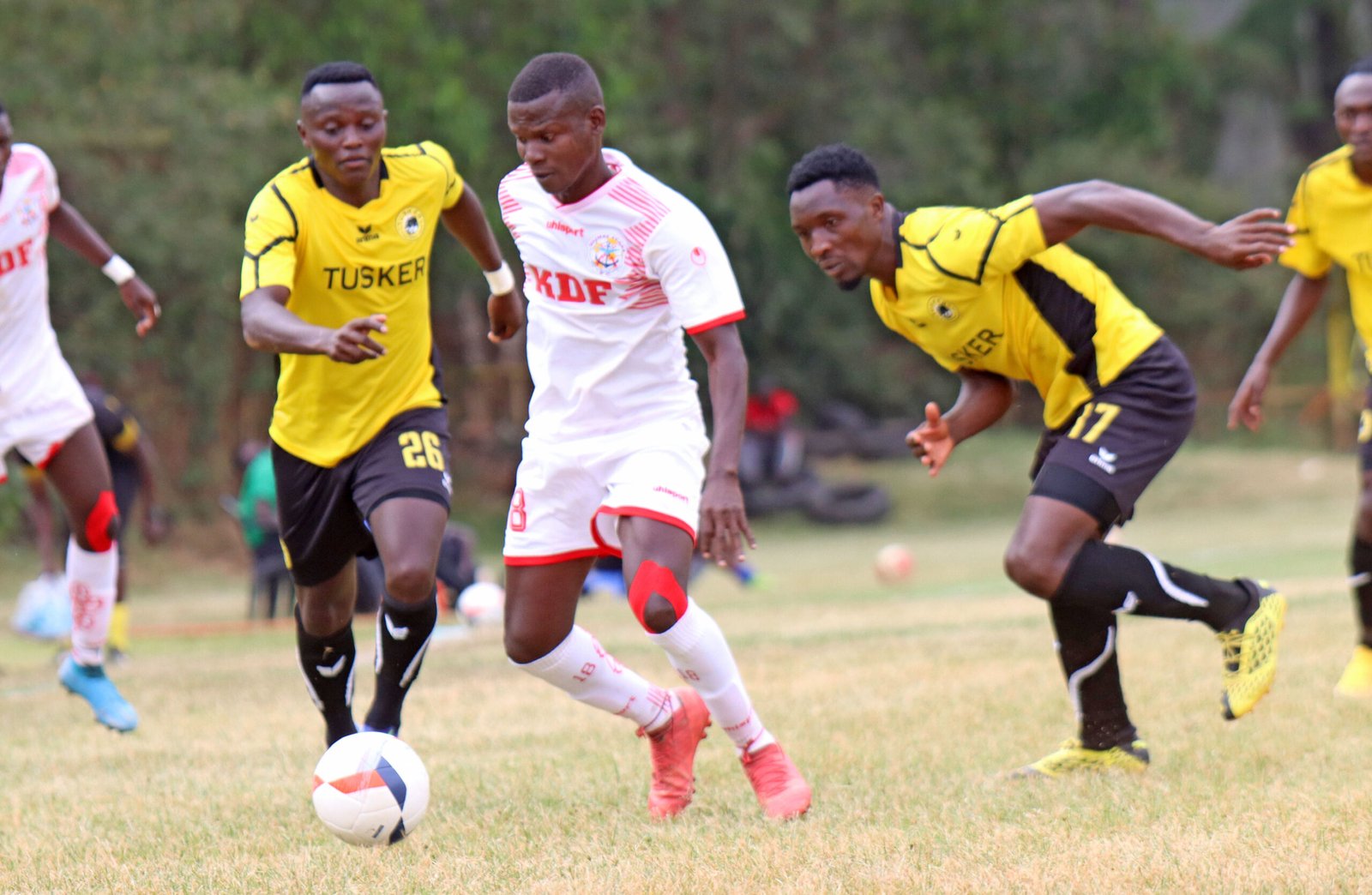 These three changes swung the game into Tusker’s favour with Mieno’s experience providing them with a solid approach going forward.

In the 64th minute, Tusker were ahead. The brewers switched from defense to offense quick, Macharia picked up the ball in the middle of the pitch before driving to the edge of the box and shooting low into the net.

A minute later, Shami had his goal with another deft move. The former Kakamega Homeboyz man dummied past three defenders leaving them floored before shooting into the net.

Nonetheless, Tusker suffered a blow when impressive defender Daniel Sakari came off injured and was replaced by Isaac Kipyegon. The change saw Kipyegon move to his natural left while Mbugua Jimmy vacated to move to the right.

It was Ulinzi’s turn to press with the backline looping balls into the box in search of the lanky Oscar Wamalwa, but his aerial threat was well dealt with by the no-nonsense partnership of Charles Momanyi and Christopher Oruchum.

The soldiers later brought in Masita Masuta to add punch in attack, but Tusker were relentless in their quest for maximum points.

Meanwhile in other fixtures played Saturday, KCB and Bandari played to a goalless draw while 10-man Wazito lost 2-1 to Sofapaka at the Utalii Complex.