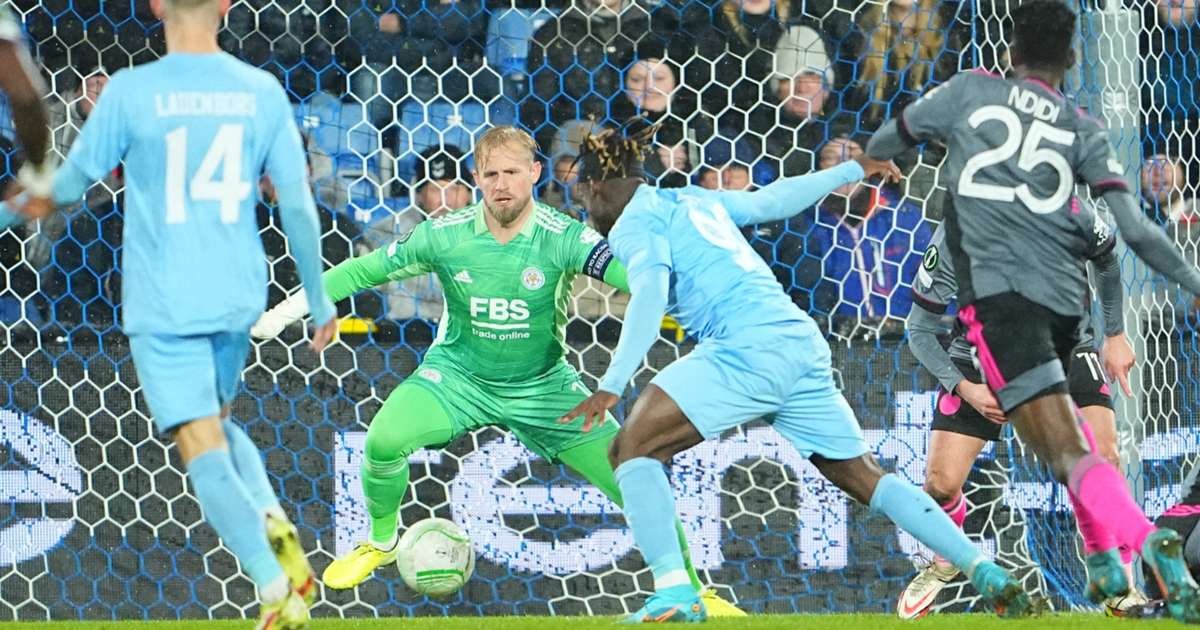 Leicester City eased into the last 16 of the Europa Conference League with a huge  3-1 win at Randers securing a 7-2 aggregate victory.

Despite a difficult campaign to this point, Leicester is considered to be among the favourites for a competition they had hoped not to be in when their Europa League campaign began.

Moments of quality from Harvey Barnes and James Maddison ensured there would be no nerves for Brendan Rodgers‘ men in their knockout round play-off, although this was far from a convincing performance.

On the balance of play, Randers – beaten 4-1 in Leicester – could well have threatened a dramatic second-leg turnaround in Denmark, but they passed up a series of chances and allowed Leicester to emerge with a one-sided final score. 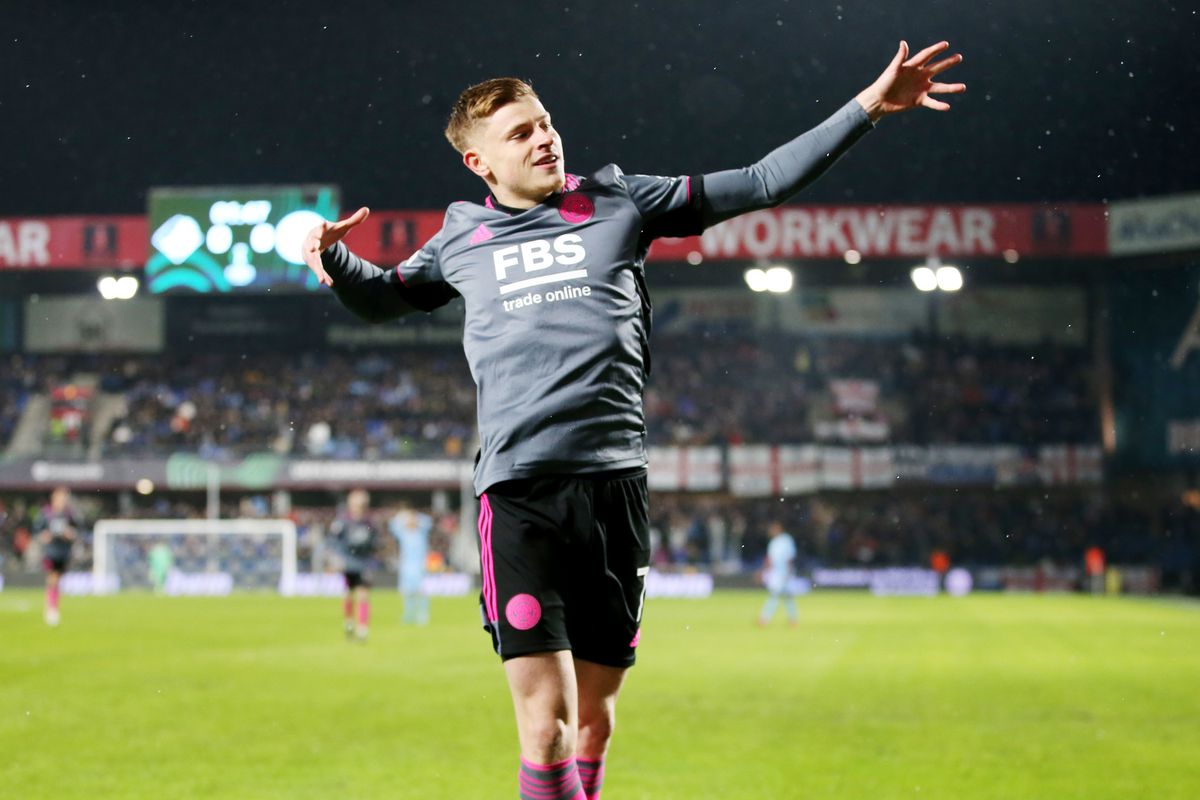 Light snow and a poor pitch contributed to tricky conditions for flowing football – not that Barnes was slowed inside two minutes as he raced away and shaped a low finish around Patrik Carlgren into the bottom-right corner.

Randers were far less clinical from a similar opportunity at the other end soon afterwards. Kasper Schmeichel saved from Stephen Odey and Jakob Ankersen in quick succession when both dallied in front of goal following a four-man breakaway.

Chances continued to come and go for the home side, who had Bjorn Kopplin poke wide, Vito Hammershoy-Mistrati prod across the face of goal and Simon Piesinger blast over the crossbar before half-time.

Odey drew an instinctive stop from Schmeichel following the restart and had a shot blocked on the line from the subsequent corner.

The forward found time to miss the far post when well placed too, before further ruthless contributions from another of Leicester’s key men saw Maddison pick out the top-left corner with a fine free-kick and then the top-right in open play four minutes later.

Odey at least had the final say, pouncing on a Schmeichel error to deny the Denmark international a hard-earned clean sheet.

Leicester played well at Wolves on Sunday and lost; they were well below par at Randers but won. Surely, to win this competition, the Foxes must combine performances and results on a consistent basis. However, this was still an important step. Leicester were all but through after Barnes’ goal, but in holding on for a scarcely deserved away success they won both legs of a European knockout tie for only the second time (also versus Glenavon in the 1961-62 Cup Winners’ Cup first round).

Odey eventually got the goal he craved, but Leicester were out of sight by that point. That was his eighth attempt as he accounted for 1.62 of the hosts’ 2.98 expected goals – more than Leicester produced as a team (0.77 xG).

In truth, the forward could hardly have missed. After five Schmeichel saves, the goalkeeper was highly unfortunate to see a back pass skip up off the pitch into Odey’s path.

There was little to enjoy about this Leicester performance, with the exception of three superb goals.

Barnes’ was his 20th in all competitions since the start of last season. Both he and Maddison have at least 20 goals and 10 assists in that time – as do Jamie Vardy and Kelechi Iheanacho. Among Premier League teams, only Manchester City can match Leicester’s four players to reach those marks.

Leicester can look ahead to Friday’s last-16 draw, with no Premier League action until Tuesday when they visit relegation-threatened and inform Burnley.