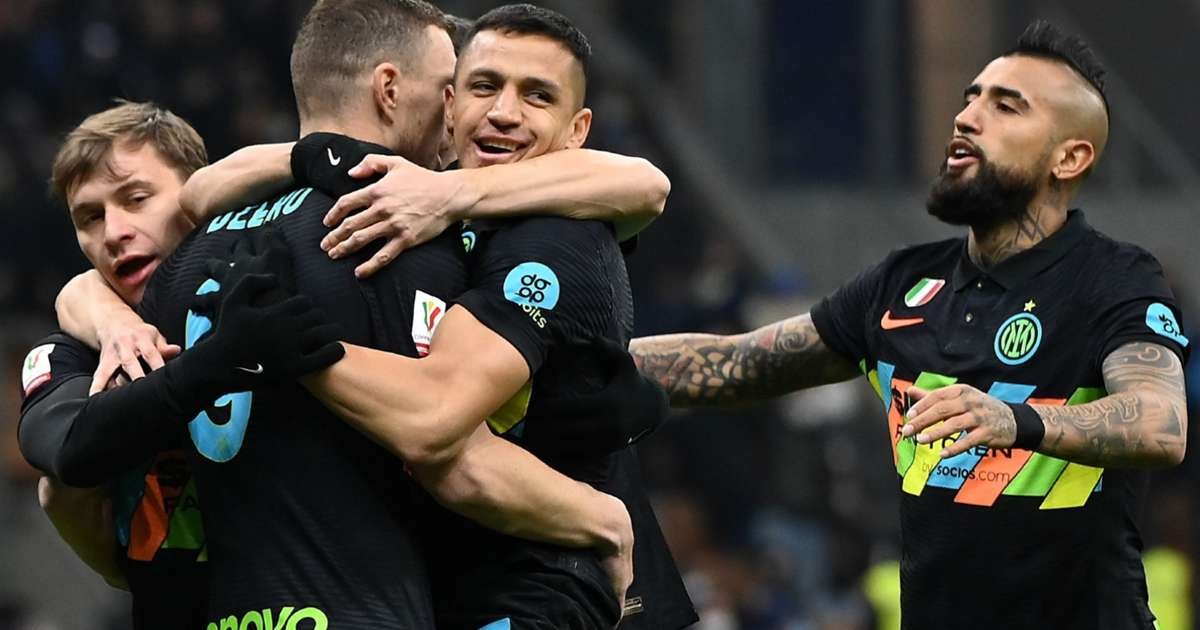 Alexis Sanchez was the hero and scored a staggering strike and helped Inter reach the Coppa Italia semi-finals with a 2-0 victory over Roma in the quarter-finals.

Edin Dzeko was also on target and was the one that opened the scoring against his old club with a neat volley inside the first two minutes at San Siro.

Then, Sanchez doubled the advantage midway through the second half with a stunning effort from 25 yards out.

The two goals were enough to give Simone Inzaghi’s side a fourth victory in five meetings with their opponents at this stage of the competition. 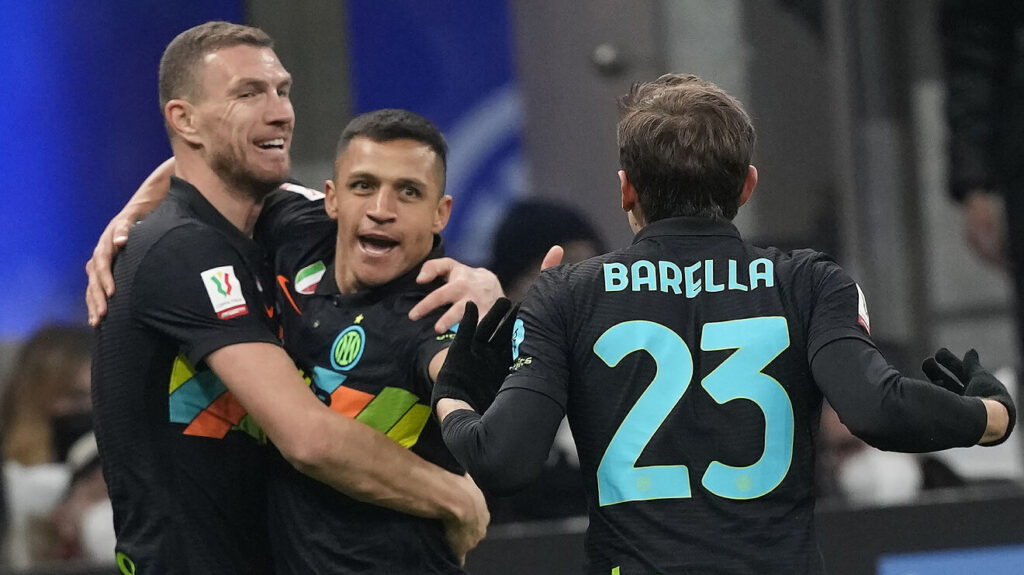 The third-highest scorer in Roma’s history behind Francesco Totti (307) and Roberto Pruzzo (138), Dzeko scored 119 goals in 260 appearances for Roma in all competitions between 2015 and 2021.

At the other end, Samir Handanovic sprung into action with superb reflexes to deny Nicolo Zaniolo from the visitors’ first attack.

The hosts lost Alessandro Bastoni to injury just before half-time. Along with Inzaghi and Lautaro Martinez, the defender faced disciplinary action earlier in the day for his conduct during the derby defeat by Milan at the weekend. 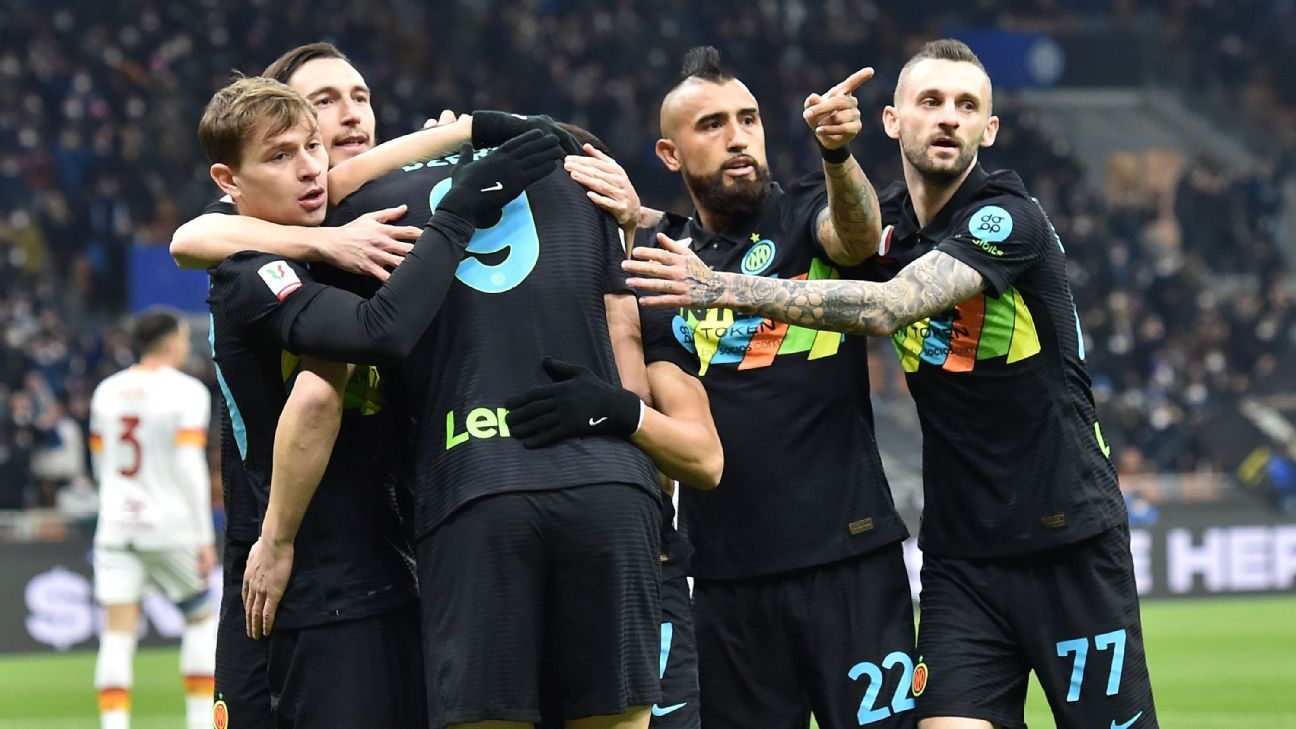 On returning to his former club, Jose Mourinho and his Giallorossi side threatened to find an equaliser after the break.

Jordan Veretout’s long-range effort was not too far off target, while Handanovic did brilliantly to scramble across and tip Sergio Oliveira’s deflected strike over the bar.

But Inter doubled their advantage and sealed the tie in emphatic fashion in the 68th minute, with Sanchez unleashing a rasping drive into the top left corner.

Inter advanced to the last four after recording their ninth Coppa Italia victory over Roma in 12 home matches.

The Nerazzurri have now prevailed in each of their last three quarter-finals in this competition, with Roma now having lost all three of their most recent such games.

Meanwhile, it was an unhappy return to San Siro for Mourinho, who has now suffered five defeats in his last 10 domestic cup quarter-finals as a boss.

He has now netted 17 times for Inter since arriving from Manchester United in 2019, with the Nerazzurri going on to win on each occasion.

Inter midfielder Vidal has fond memories of facing Roma, having netted a brace against them for Juventus in April 2012.

Almost a decade on, he produced another fine display against the Giallorossi. The Chile international was involved in the most duels (12) among Inter players and completed the most passes in the opposing half (32) during the contest, while only Marcelo Brozovic and Danilo D’Ambrosio recorded more touches and passes than the Chile international.

Following last weekend’s derby defeat by Milan, Inter looks to get back to winning ways in Serie A when they travel to Napoli on Saturday, while Roma head to Sassuolo a day later.