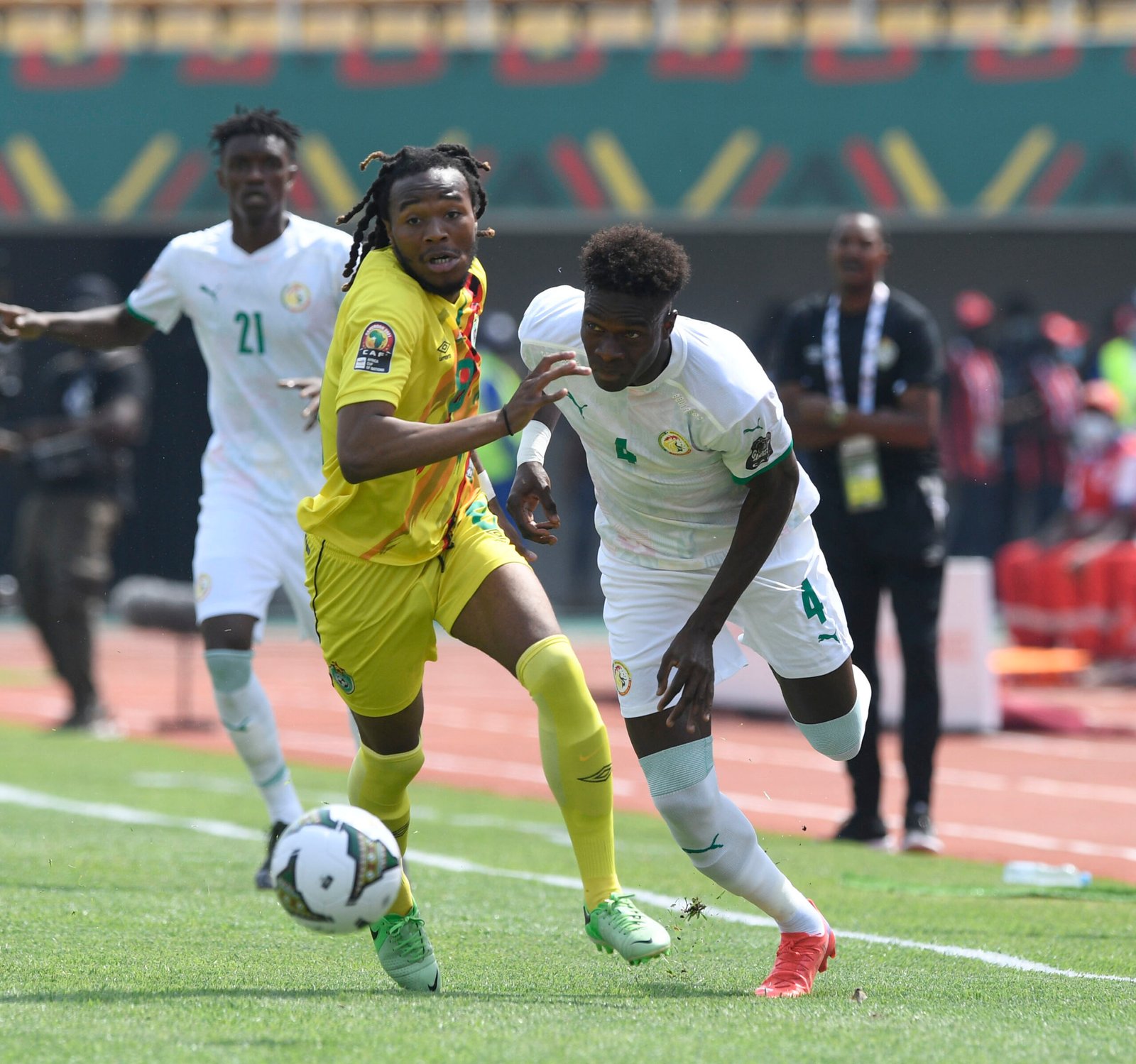 Liverpool star forwards Sadio Mane scored a penalty deep into stoppage time on Monday Senegal beat a resistant Zimbabwe 1-0 in their Group B Afcon opening match at the Kouekong Stadium in Bafoussam evening.

Zimbabwe had looked to be on the way to earning a point against the 2019 losing finalists until Guatemalan referee Mario Escobar awarded the Lions of Teranga a penalty three minutes into added time.

Kelvin Madzongwe was adjudged to have handled Cheikou Kouyate’s shot inside the box and the referee pointed straight to the spot, with the Video Assistants confirming his decision to award a spotkick.

Mane who had been thwarted all afternoon by Zimbabwean keeper Petros Mhari stepped up to the pressure plate and made no mistake to hand Senegal the three points off their opening match of the tournament.

Senegal had come into the match missing influential payers in keeper Edouard Mendy and skipper Kalidou Koulibaly through positive COVID-19 tests while Ismaila Sarr was not yet passed fit.

They struggled to break down a resolute Zimbabwean side who were determined to avoid a loss in their opening match of the campaign.

Senegal started well and just 47seconds into the game had their first effort at goal, Bayern Munich starlet Bouna Sarr taking a shot from the edge of the box off Mane’s tee up, but it went inches wide.

Sarr was to come close again this time with a snap shot from inside the box but once more, it couldn’t find the target.

In the 23rd minute, Mane had a brilliant opportunity to give Senegal the lead when he did superbly well to go round two defenders inside the box. However, he couldn’t get enough curl on the ball as his effort was well collected by Mhari.

Zimbabwe were defending deep in their own half and weren’t doing much of the running, perhaps the hot Baffousam sun having a toll on them.

They however had a chance on the other end in the 32nd minute from a freekick, but Knowledge Musona took a horrible attempt at clipping the ball over the wall when he was well positioned to score direct. His effort went over and wide.

On the other end, Gana Gueye who had been handed the armband in the absence of Koulibaly had a golden chance to score when he was sent through on goal by Mane, but his first touch was too heavy when he faced the keeper one on one.

In the second half, Senegal mounted more pressure but once again, the calmness in the final third failed them.

Defender Abdou Diallo came close with a headed attempt at the end of a free kick, putting it just over the crossbar. They played most of the game in the Zimbabwean half, but were not eventful enough with goals.

Sarr came close again on the right after doing well to skip past his markers, but once again couldn’t get a strong shot on target, his eventual effort rolling straight into Mhari’s arms.

When it seemed that Zimbabwe were guarding for a point, they had their hearts broken with a last gasp penalty, perfectly tucked in by Mane.