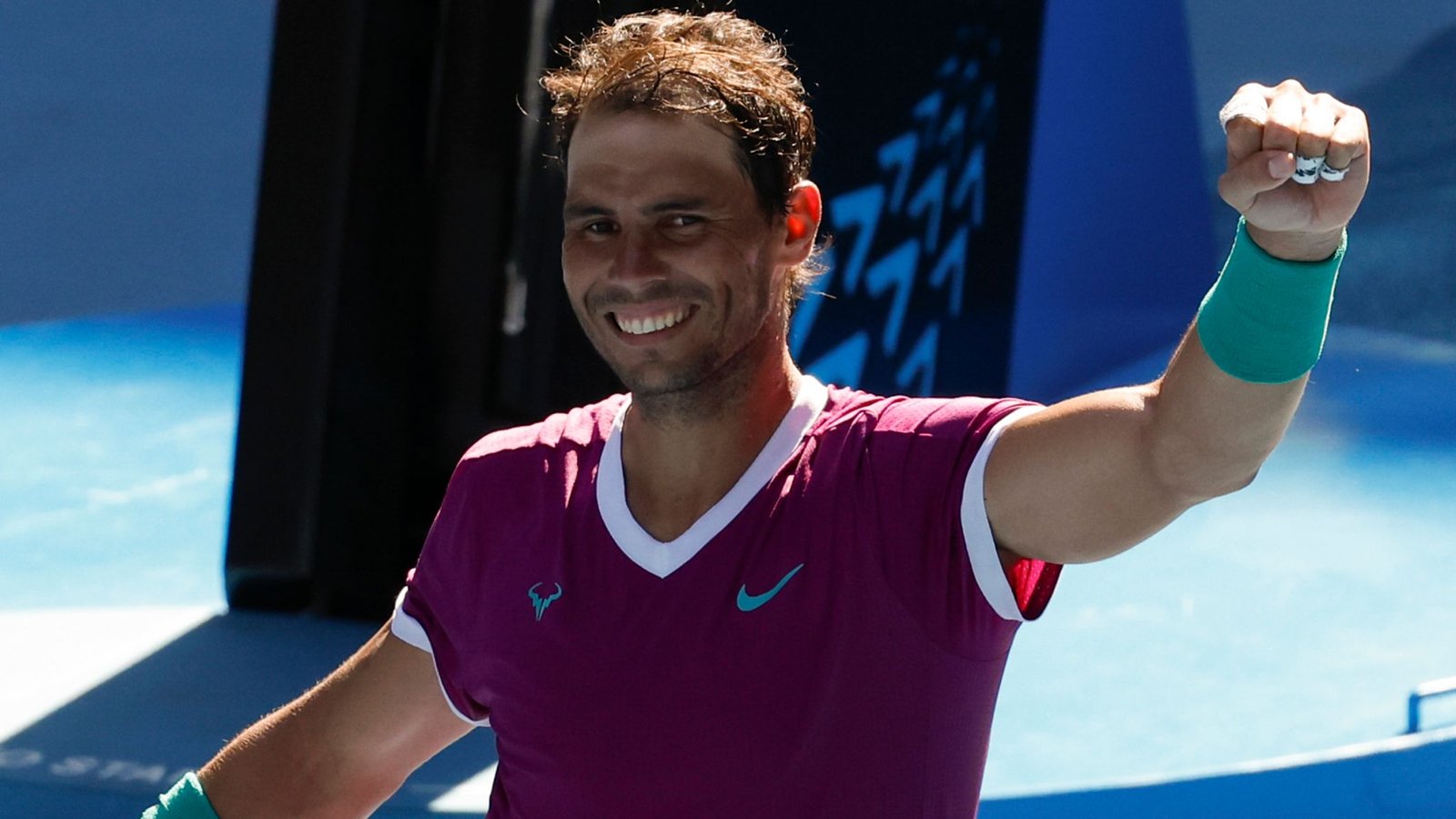 Shapovalov, playing in the sweltering heat of Melbourne Park, was able to restore his composure in the third set. Nadal, known for his steely will, appeared to be faltering as well.

By complaining to the chair umpire that he was experiencing stomach pain, Nadal effectively ended any possibility of an easy straight-sets triumph.

A medical timeout and some prescription helped him recover as he hobbled through the third and fourth sets, often wrapped in cool cloths.

After losing match point, Shapovalov smashed his racquet, leaving it broken on the Rod Laver Arena court. He then walked out of the match.

When asked about the heat after the match, Rafael Nadal said he was in difficulties. The temperature rose far above 30 degrees.

Nadal said he felt completely destroyed after the match because it was a tough day as a result of the heat.

“I was completely destroyed after that. It was a very tough day, very warm,” he said. “I am not 21 anymore. After this match it is great to have two days off.” 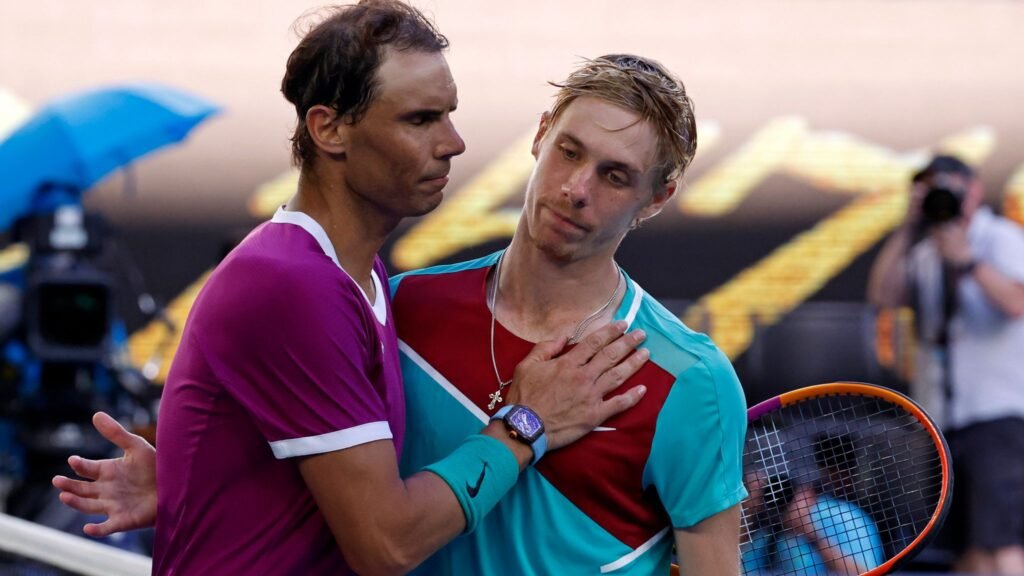 Nadal is upbeat about clinching victory in the semis.

“I really believe I’m going to be ready for the semi-finals. It means everything to me,” he says.

With two more wins standing on his way to winning the Grand Slam once more, Nadal is grateful being back on the court.

He says 2021 was hard enough for him following a foot injury. He spent the next four months of 2021 in rehab getting ready to be back on the court again.

Nadal confesses that two months ago, he was unsure if he would make it back on tour. With his presence in Melbourne, he is more than grateful for the opportunity.

Nadal’s triumph over Shapovalov was not without controversy.

After losing the first set against Nadal 6-3, an unhappy Shapovalov approached the chair umpire. He protested the length of time Nadal was taking in between serves, calling on the chair umpire to award him a violation.

The heated exchange finished with Shapovalov seething after stating that Nadal wasn’t ready to play. The umpire responded by implying the Canadian was not ready either, considering he had approached their chair.

The World No. 14 was not amused by his remark.

He burst into a fit of anger saying “You guys are all corrupt”. He then headed back to the baseline.

A further few points were played after then, but Shapovalov’s fury didn’t subside. The tension finally provoked a conversation between the two, with Nadal summoning his opponent to the net for a chat. 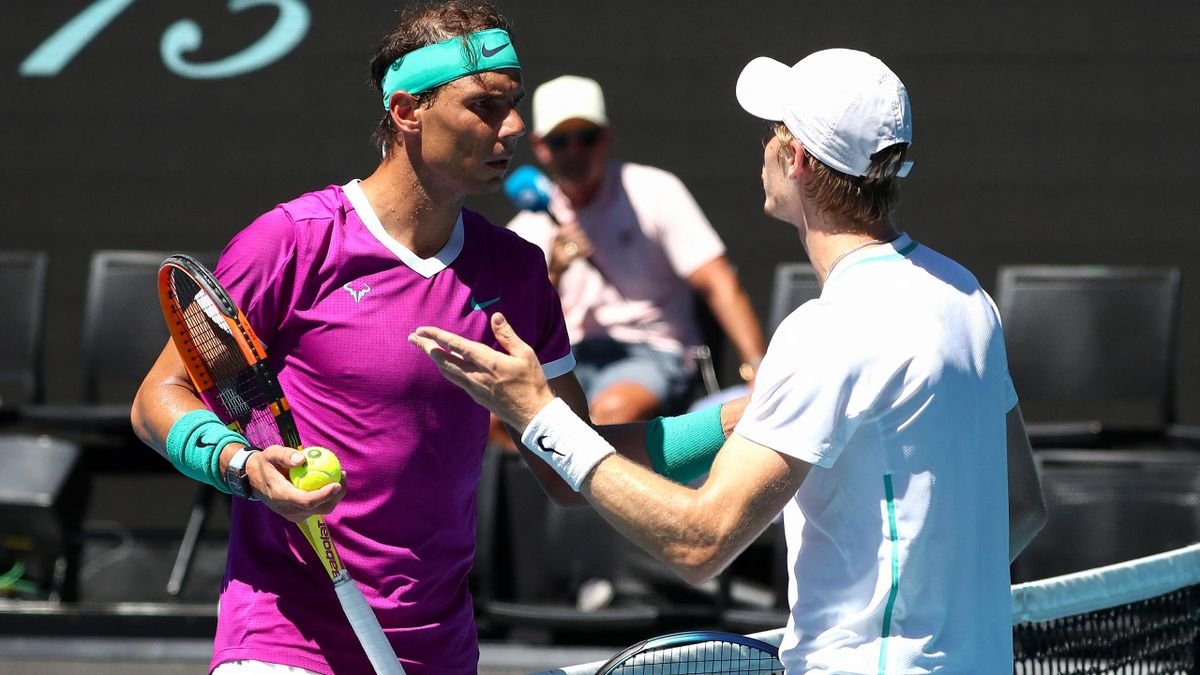 Meanwhile, Stefanos Tsitsipas has also quietly made his way into the last eight at Melbourne Park.

After undergoing elbow surgery in November, Tsitsipas dropped his debut match at the ATP Cup on arrival down under in early January against Diego Schwartzman.

At that time, the Greek world No.4 was doubtful if he would even make it to the Australian Open.

But things have been on the up and up ever since for Tsitsipas, who reached his maiden major final at last year’s French Open before dropping out in five tight sets to Novak Djokovic.