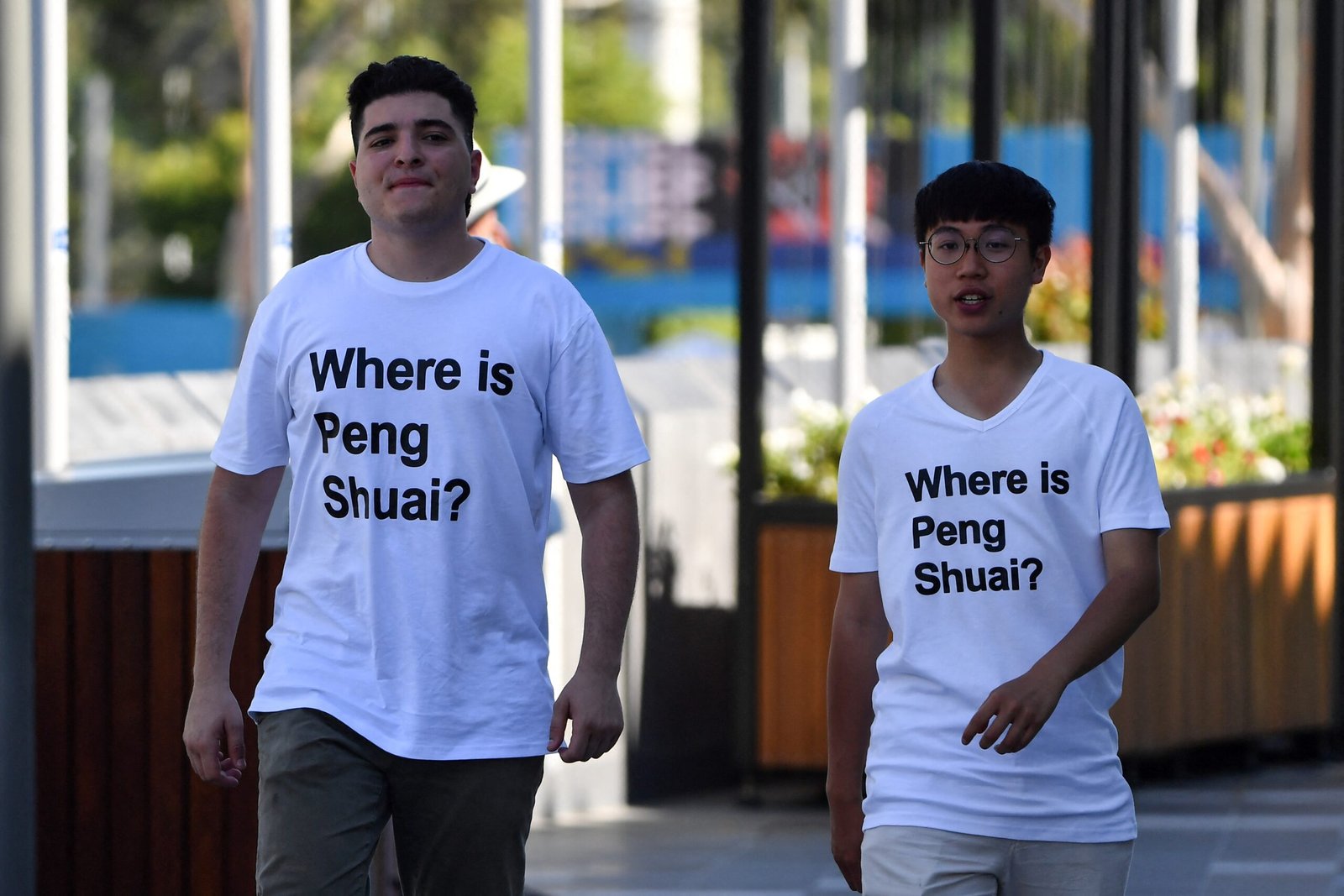 However, Tiley insisted that this should always remain peaceful. This was U-turn after an outcry last weekend.

A video emerged showing Australian Open security and Victoria Police requesting fans wearing shirts with the message “Where is Peng Shuai?” to exit the grounds.

Tiley declared on Tuesday that the Australian Open will allow fans to demonstrate their support.

The Australian Open director told PA news agency that Tennis Australia banned the wearing of Peng Shuai-branded t-shirts due to ‘intent to disrupt the tournament’.

In a statement, Tiley said Tennis Australia is in full support of WTA’s position regarding Shuai’s saga. Tiley said Shuai’s well-being is its primary concern adding that they are working closely with the WTA.

Tennis Australia maintained that it wants Shuai to speak out for herself. 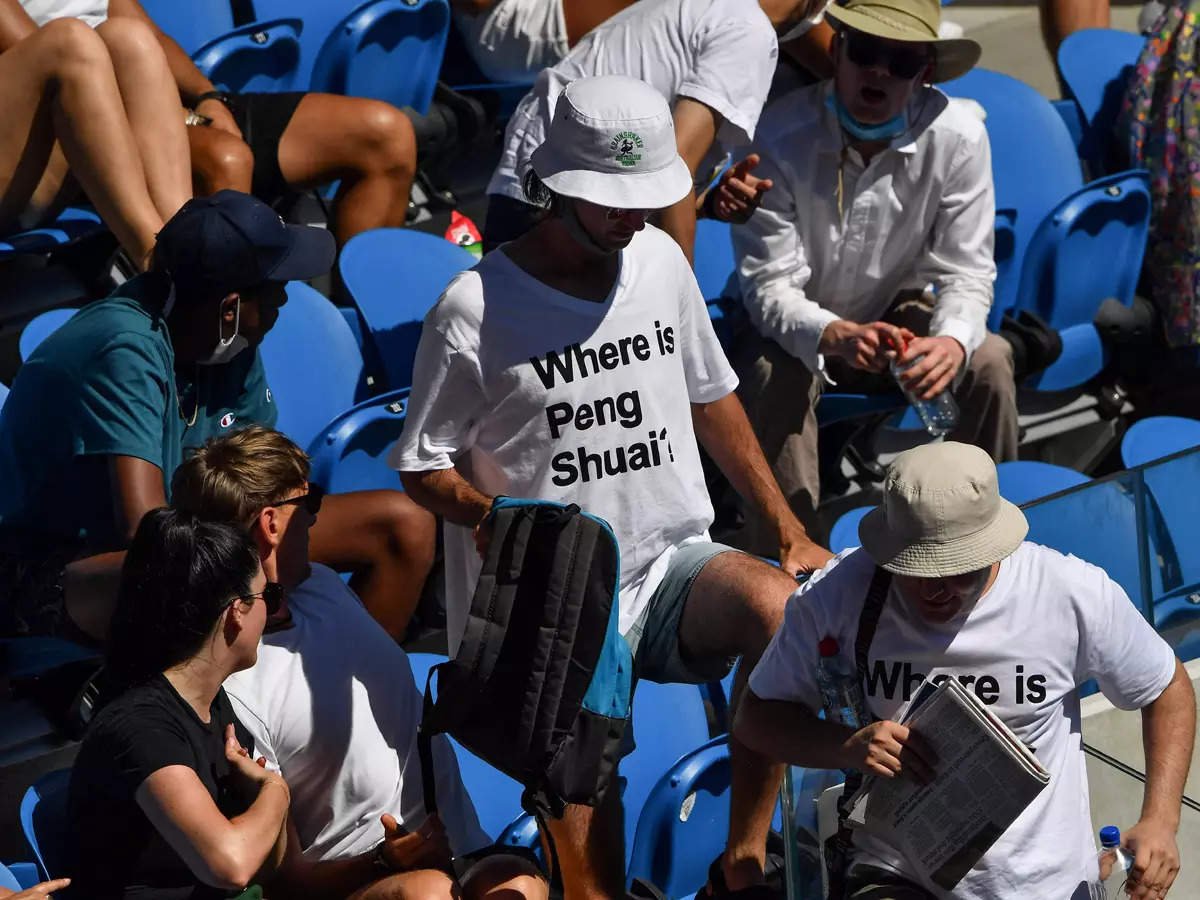 “We were on the journey at the very beginning with the WTA and that’s because we’re well connected in the region. We agree with the WTA’s position.

“However, coming onto the site we have some terms and conditions that are pretty clear. And that is, if you are coming on-site with the purpose of disrupting the safety and comfort of fans, you’re not welcome. But if you want to wear a T-shirt that says ‘Where’s Peng Shuai?’ you can come on-site, that’s fine.

He explained that after a public uproar last weekend, Tennis Australia contacted a fan whose intent was ‘to disrupt the tournament’ and banned her from the arena.

“There was a suspicion around the motivation of that individual coming on-site but we’ve since contacted that person and told her that she’s welcome to come on-site, she’s welcome to wear a T-shirt, but not bring a banner, because you can’t bring banners on site.”

Tiley adds that the earlier decision by Tennis Australia had no political or commercial influence as many think of it.

“It doesn’t have anything to do with a political or commercial statement. Our security people are trained to take a common sense approach, and I think that’s in the interest of everyone.”

Tennis Australia said on Monday said that it would not allow “banners, signs, or attire that are commercial or political”. This was in reference to “where is Peng Shuai” branded T-shirts that fans donned last weekend before being asked to leave the grounds.

Tiley in the Monday directive affirmed that security would be assessed on a case-by-case basis to ensure there was no disruption.

However, there was uproar forcing Tiley to reconsider his decision.

More T-shirts were printed in two days after a GoFundMe campaign was set up to seek money to print more met its Aus$10,000 (US$7,100) goal.

What Happened to Peng Shuai?

Shuai through her Weibo social media channel claimed that Gaoli who was a member of Politburo Standing Committee solicited sex from her. She gave in to his demands though the nature of their relationship was on and off. 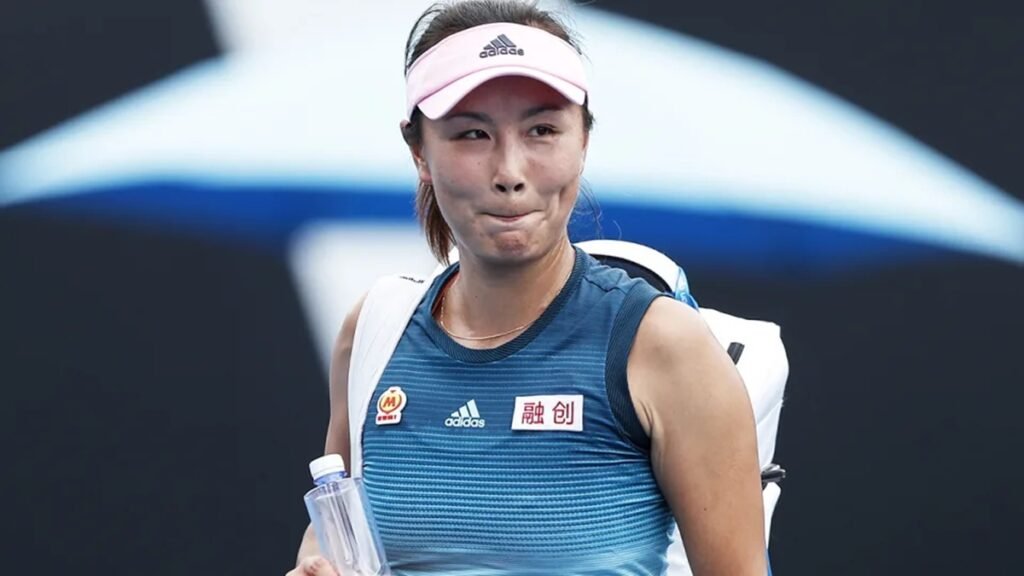 Politburo Standing Committee is China’s top-most organ in the sporting sector. She added that she could not provide evidence to back her claim.

Her post was pulled down half an hour later. China Tennis Association is yet to respond to the allegations. Given China’s strict internet censorship laws, it remains to be seen what happens next to Gaoli.

What is WTA’s Stand on Peng Shuai Absence?

WTA in November said it would seek a full, fair and transparent investigation into sexual assault allegations against Gaoli.

WTA Tour chair Steve Simon said the events in China concerning Shuai, were of deep concern. The WTA boss said Shuai and all women, deserve to be heard, not censored.

He added that censoring Shuai who is a victim of sexual assault is unfair. Simon noted that the claims must be investigated in-depth to end an assault culture.