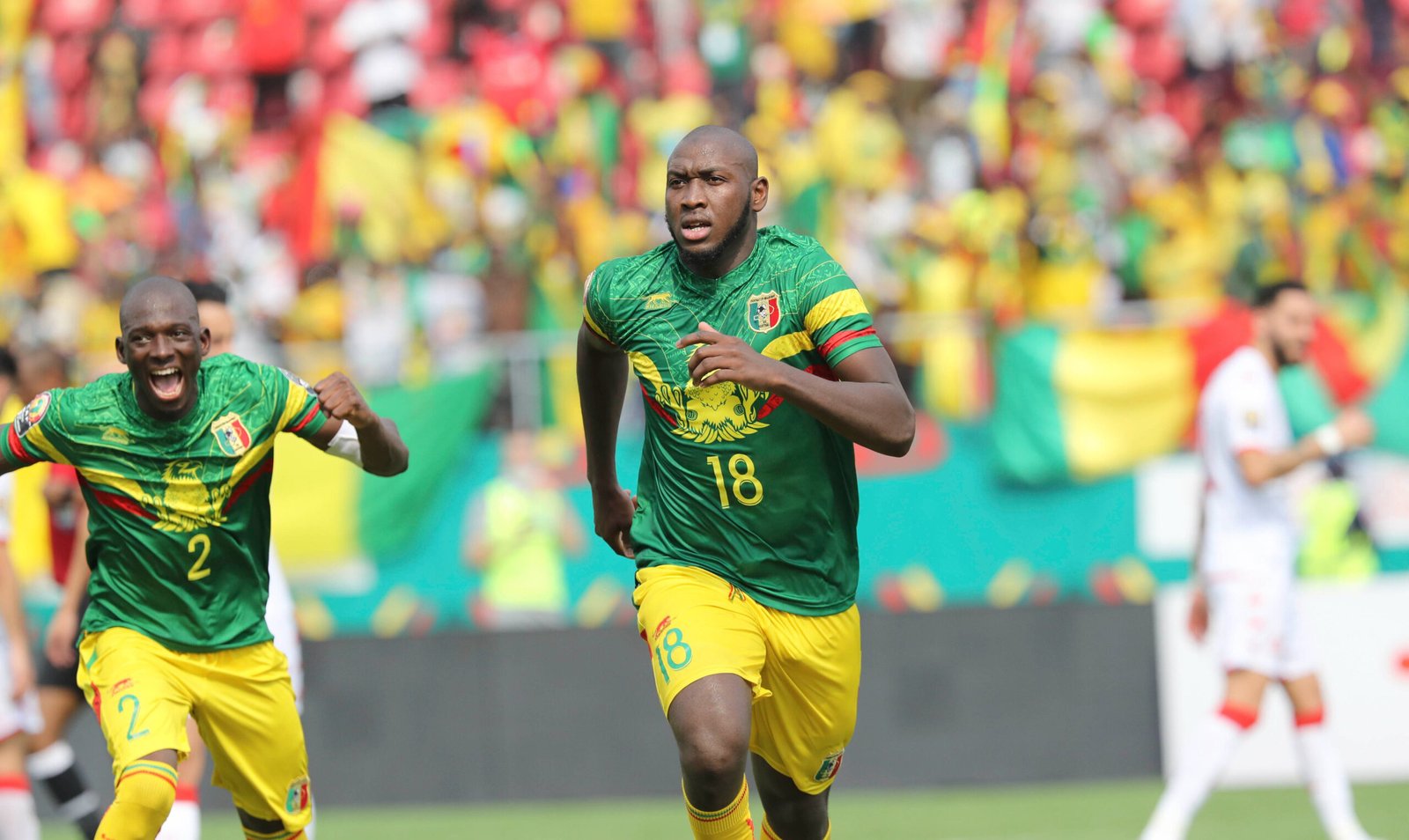 Mali celebrate their goal against Tunisia

What looked like a hard fought win for Mali beat Tunisia in controversy and overshadowed by a shocking decision by Zambian referee Janny Sikazwe as he ended the tie with 89 minutes and 48 seconds on the clock.

He had previously blown the full time whistle after 85 minutes, only to realize that the game was five minutes away from regulation time ending. The second time, he did it with seconds remaining, and not even additional time.

There were two VAR interventions from penalties, another intervention for a red card that he issued to substitute El Bilal Toure, a water break and substitutions and yet, he did not play any additional minutes.

The game would then be resumed after some discussions between the officials, but Tunisia refused to get back on the pitch with the referee officially blowing off the match, Mali declared winners. 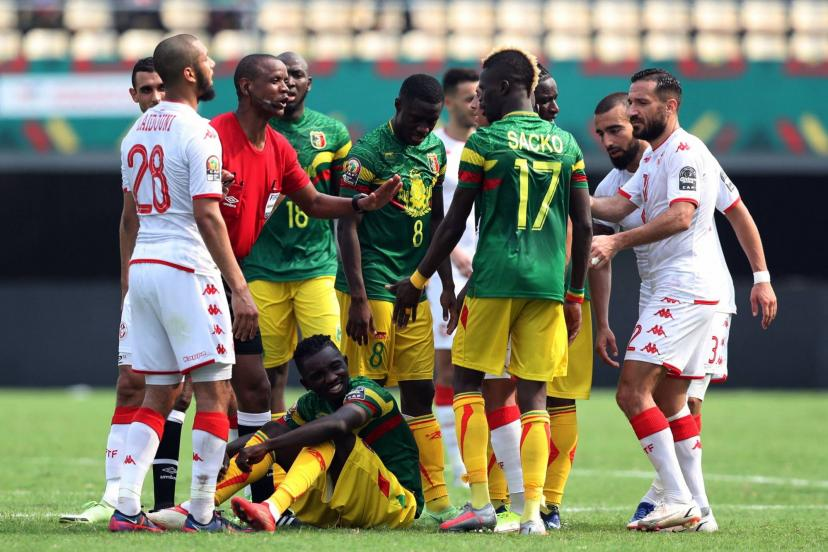 Mali had gone ahead through an Ibrahima Kone penalty and Tunisia had a chance to draw level from the penalty spot, but Wahbi Khazri saw his effort saved by keeper Ibrahim Mounkoro.

The first half was devoid of much action, save for a Mousa Djenepo teasing cross that went inches wide while Amadou Haidara had a shot from range go wide.

In the second half, the game blew into full action.

Mali were awarded a penalty just a minute into the second 45 when Ellyes Skhiri was adjudged to have handled the ball inside the area. Referee SIkazwe confirmed the incident with the CAR officials with Kone stepping up from the spot to slam the ball home.

Tunisia sought to make an immediate response and skipper Khazri tried an audacious effort from midway through the pitch after noticing the keeper yards off his line, but the ball went over the bar with the shot stopper scrambling to backpedal.

Tunisia added more waves of attack and in the 56th minute Khazri was at hand once again, this time his freekick from distance stinging the keeper’s palms.

From the resultant corner, the ball was half cleared and when recycled inside the box, Skhiri’s header unmarked at the edge of the six yard box.

On the hour mark, Mali introduced midfielder Yves Bissouma, making a return to the national team for the first time in three years as they sought to have more command in the game.

But, Tunisia continued to pressure for an equalizer with Dylan Bronn taking a shot from range which was punched away by the keeper.

In the 75th minute, Tunisia drew level from the penalty spit after Djenepo was adjudged to have handled inside the box. Up stepped skipper Khazri but his penalty was punched away by keeper Mounkoro, clearly turning him to the hero of the game.

But, as the game wore on, so did the controversies. At the 85 minute mark, referee Sikazwe blew what he thought was a fulltime whistle, throwing everyone on the pitch into confusion.

But once he realised he still had five minutes plus additional time to play, he gave the Tunisians back the ball with a drop.

A minute later, another controversy. What looked like a small challenge by Toure with a late stuck foot on Bronn was squarely translated to a red card by the referee. Even after consulting the VAR pitchside monitor, he stuck to his decision.

Three minutes later with the clock on 89:48, he blew the fulltime whistle, much to the ire of officials from the Tunisian side, while the Malians hugged and smiled in victory.

The referees had to leave the pitch under keen guard from the match day stewards with the Tunisian officials baying for their blood.