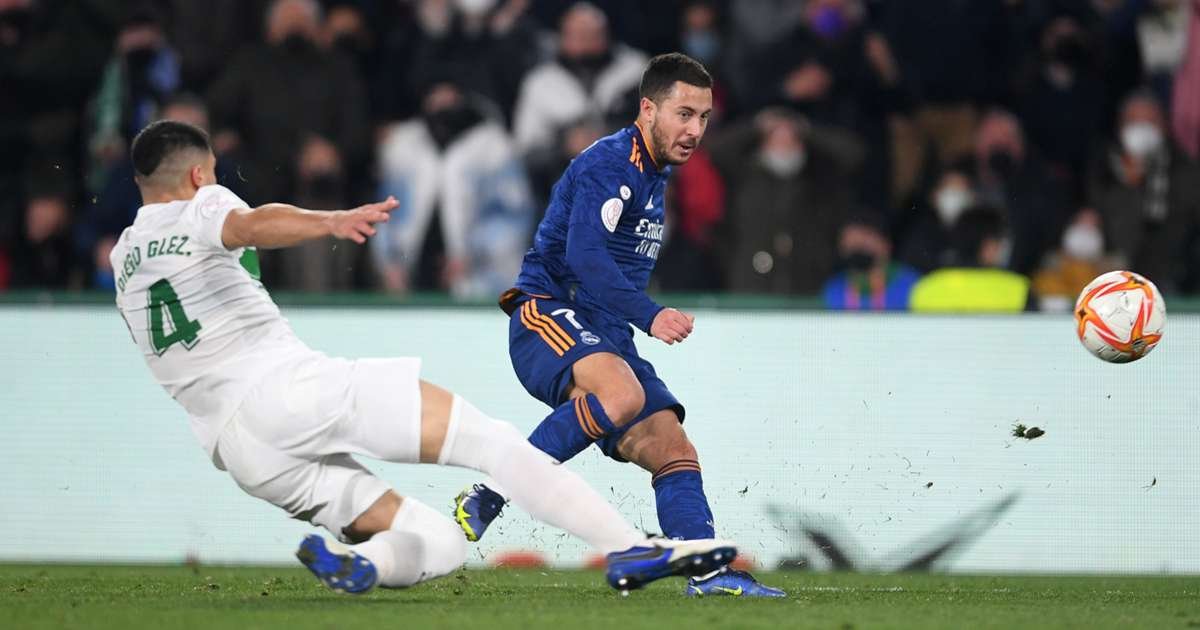 Madrid have lifted the Copa only twice since the turn of the century and looked highly unlikely to improve that record when Marcelo was sent off and Gonzalo Verdu capitalised from the subsequent free-kick in the 103rd minute.

Carlo Ancelotti’s side had been awful to that point but staged a stunning recovery courtesy of goals from two substitutes Isco and Hazard.

Isco levelled with 12 minutes remaining to play, teeing up Hazard – to race away and net a decisive second, stunning poor Elche, who were contentiously denied their own equaliser and then had Pere Milla dismissed late on in the stoppage time.

Elche must have feared they would be made to pay when Madrid somehow reached half-time all square, grateful for the wayward finishing of forward Guido Carrillo, whose most remarkable miss worked only the crossbar after Marcelo’s slip had allowed Josen to square across the face of goal. 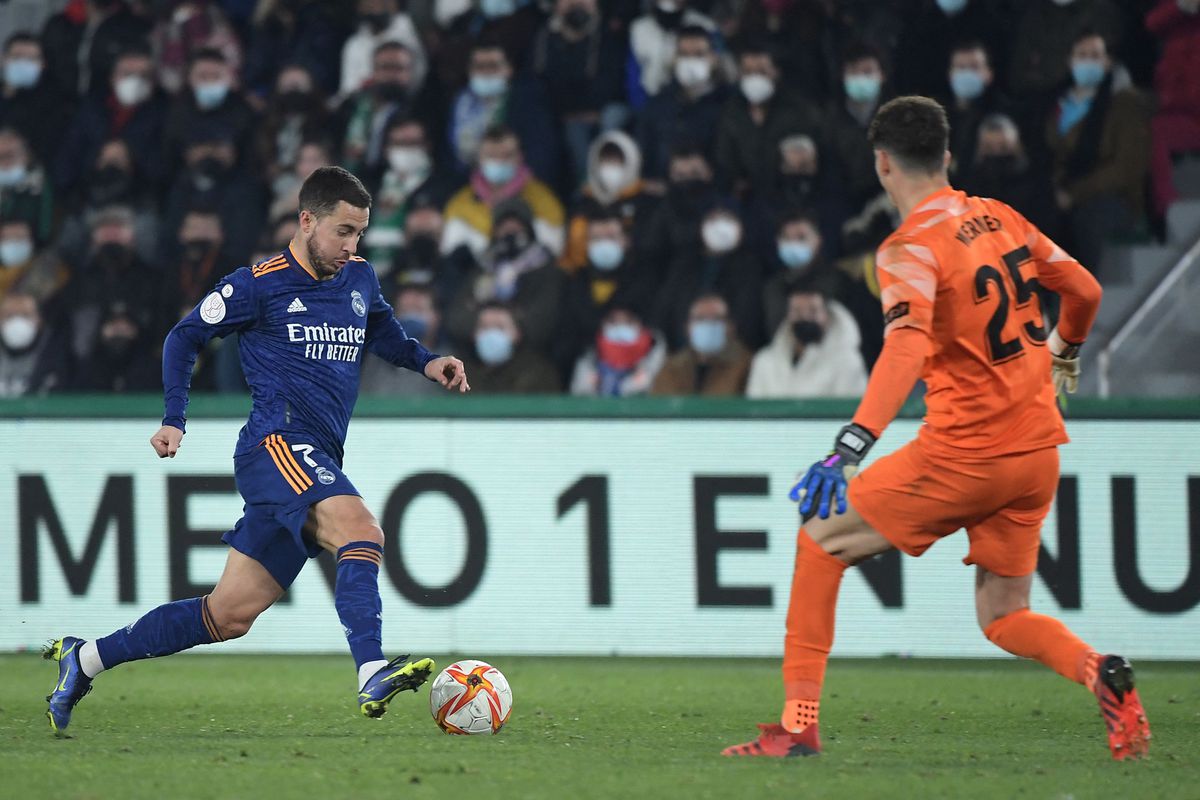 Eden Hazard scored the winner in the second half of the extra-time for Real Madrid against Elche in Copa del Rey. | PHOTO: Getty Images |

A mixed Marcelo outing created Madrid’s best second-half chance with a gorgeous flick, only for Vinicius Junior to finish tamely, before the left-back departed early in extra time after clipping the heels of Tete Morente.

Verdu’s fortunate goal, deflected in off Dani Ceballos at the second attempt, followed the red card, but the luckless Madrid midfielder – another introduced from the bench – responded with a low effort that was touched on and in by Isco.

Madrid suddenly looked a better side with 10 men than they had been with 11 and stole the winner when Hazard rounded rash goalkeeper Axel Werner and netted from a tight angle.

There might yet have been another twist, but Fidel’s goal was struck off after Verdu tangled with a Madrid player in the box. Elche argued in vain it was in fact their man who had been fouled, yet succeeded only in prompting Milla’s second yellow card.

Extra-time brought controversy almost from start to finish, but Elche really should have dispatched Madrid long before that point.

Unfortunately, each of their four first-half attempts fell to Carrillo. They had a combined expected goals value of 1.25, including his point-blank miss from a chance worth 0.88 xG.

Still, Madrid deserved credit for digging in when they belatedly did fall behind. The previous three extra-time Copa goals they had conceded since 2003-04 had led to the capital club’s elimination.

Reports suggest Hazard would not have been an option off the bench if Madrid officials had had their way. The club was said to have accepted a bid from Newcastle United for the winger, only for him to reject the move.

The former Chelsea forward, who has endured a torrid time in Spain, was rewarded for his persistence with a coolly taken winner, adding to an assist in his previous outing. Hazard had only two-goal involvements in his prior 17 games in all competitions.

Carrillo was not the only home player to fall short when it mattered most. Diego Gonzalez played Isco well onside as his team-mates appealed for offside, having retreated to block an initial opening, then Werner rushed out and made Hazard’s task just a little more simple.

These two sides will battle again back at the Bernabeu in LaLiga on Sunday, giving Elche little time to lift themselves for a testing fixture.