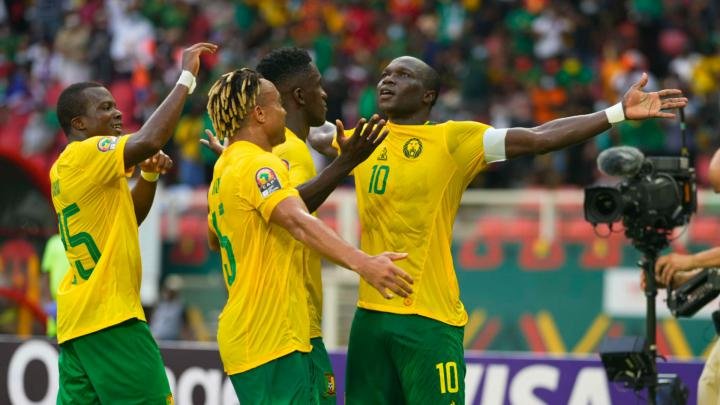 Despite being held to a 1-1 draw by Cape Verde, 2021 Africa Cup of Nations hosts Cameroon secured top spot in Group A and Burkina Faso Qualify firmed up their qualification to the round of 16.

Vincent Abubakar scored the opener for Cameroon, his fourth goal of the tournament and became the first Cameroonian since Samuel Eto’o in 2008 to score in three consecutive group stage matches for the Indomitable Lions.

The draw saw Cameroon finish with seven points and will play one of the best three third placed teams from Group C, D or E. Head coach Toni Conceicao was pleased with the result and the performance of the team, especially after rotating heavily to rest some of his key players.

“We won the group, which was our goal, although we wanted to win all our matches. We had many chances. The Cameroonian team was not brilliant but still played a good game. We can do better, but if we take an overall reading, we were superior to our opponents in the group,” the tactician said after the match.

After a cagy start to the match, Cameroon broke the deadlock in the 39th minute when Aboubakar scored his fourth goal of the tournament.

The Skipper who will be turning 30 on Saturday picked a loose ball inside the box from a poorly defended freekick before slamming a left foot effort into the bottom corner.

In the second half, Cape Verde looked to fight for an equalizer to put their qualification hopes on track. They were rewarded in the 53rd minute when substitute Garry Rodrigues scored a sublime goal with a backheel flick beyond keeper Andre Onana when Kenny Rocha squared the ball into the box from the right. 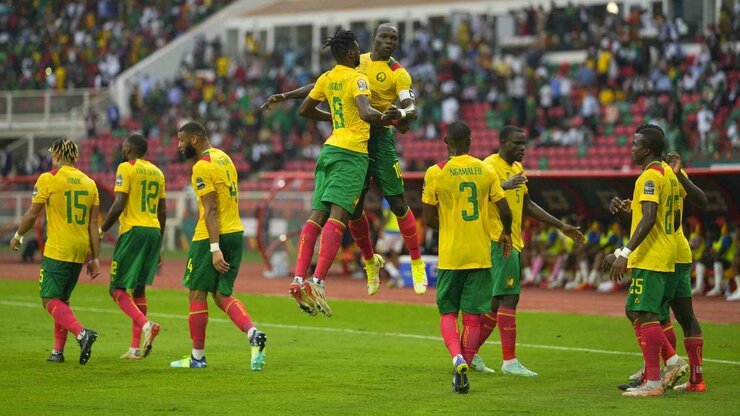 Cameroon had a golden chance to move back ahead but Aboubakar spurned a glorious opportunity to score his fifth goal of the tournament.

Cape Verde keeper Vozinha palmed a cross from the left straight into the skipper’s path, but somewhat, he could not tap the ball home from close range as his side foot effort flew over the bar.

The Cameroonian skipper would have moved closer to an AFCON goal scoring record, and tied the number of goals scored by 2019 golden boot winner Odion Ighalo. Aboubakar can match the nine-goal record set by DR Congo (formerly Zaire) striker Ndaye Mulamba 48 years ago.

Meanwhile, Cape Verde finished the group third, edged out by Burkina Faso on head to head record. The islanders will now have to wait for the completion of all group stage matches to know whether they will sneak into the round of 16 as one of the best four third place finishers. 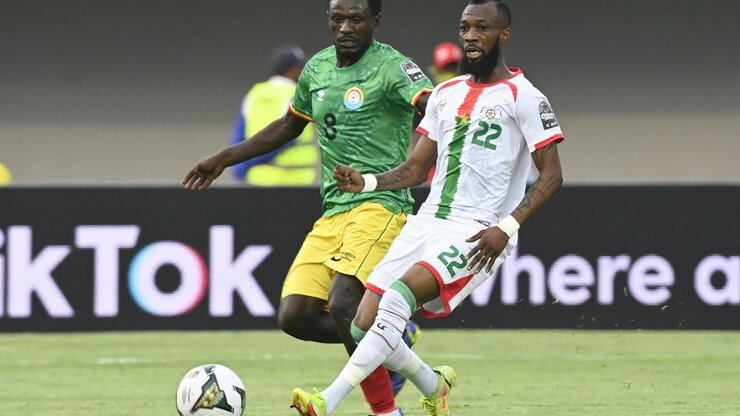 Action between Burkina Faso and Ethiopia

Burkina Faso picked the remaining automatic qualification slot from Group A after also playing to a 1-1 draw with Ethiopia, who have now been eliminated from the tournament after finishing with a single point.

Having travelled 300km away from Yaounde to play in Baffousam, Burkina Faso went ahead after 25 minutes through Cyrille Bayala. The midfielder scored a sublime goal, chipping the ball over the keeper when he raced on to an Adama Guira pass before showing good strength to move away from two markers.

The Burkinabe went to the break a goal up and with confidence of sealing second spot.

However, Ethiopia, who lost their last match 4-1 to Cameroon, came back stronger and equalized just seven minutes after the restart when skipper Getaneh Kebede levelled from a penalty awarded after a VAR review when Steeve Yago handled Surafel Dagnachew’s free-kick.

“We are happy to qualify, but we have to change a lot because we missed many chances today. We have to draw our lessons from the group stage, and to look at our tactics as I know it will be different in our next matches. It was not an easy group, but I am glad we surmounted the challenges and now we can plan once again,” said Kamou Malo, the Burkina Faso head coach.

Benzema fires Real Madrid to Supercopa glory against Athletic Bilbao
AFCON 2021: Aubameyang and Lemina sent back to their clubs