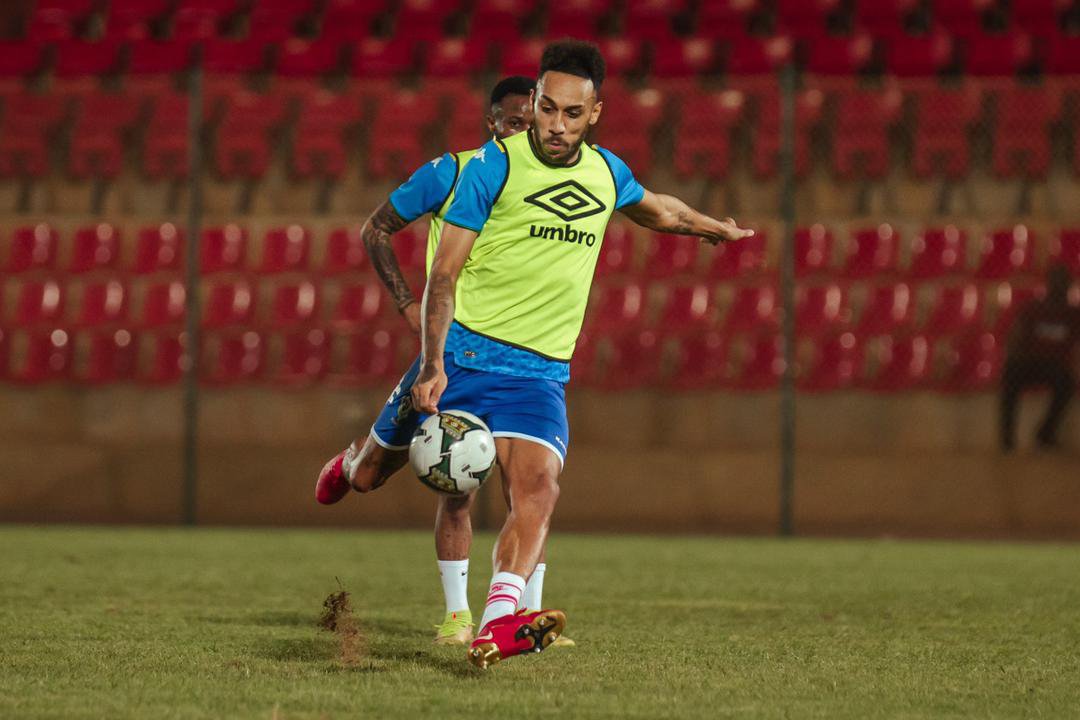 Aubameyang and Lemina were sent back to their clubs

Gabon has announced that skipper Pierre Emerick Aubameyang and midfielder Mario Lemina have both been sent back to their clubs to continue his recovery from Covid-19, failing to play a single match for the Panthers at the Africa Cup of Nations.

Gabon head coach Patrice Neuveu said that the two, who had previously tested negative for COVID-19 and even trained with the rest of the squad had some more health problems detected hence the decision to send them back to their clubs.

According to reports, the Arsenal forward was not allowed to play in Friday’s game against Ghana after the medical staff found lesions in his post-COVID-19 medical examinations. He did not train on Sunday and Monday as a precaution.

“Given the medical problems that Pierre-Emerick and Mario have had, in agreement with the doctor, the president of the federation and the players, we have taken the wise decision to send them back to their clubs so they can be looked after there,” said Neveu at a press conference in Yaounde.

Aubameyang and Lemin as well as the national team assistant coach tested positive for COVID-19 when the team arrived in Cameroon on January 6 and consequently missed the first match of the tournament.

Neveu played down concerns that the players had developed inflammation around the heart following their infections, but the Gabonese Football Federation released a statement to say the pair would return to their clubs “to undergo further examinations”.

“There is no major cause for alarm regarding cardiac problems but we are not in a position here to properly analyse what damage could be done by the residue that caused the inflammation,” Neveu said.

“We can’t take any risks, and psychologically it was becoming unbearable for them staying in their rooms. So on Sunday we spoke and decided to let them go home.”

Gabon play Morocco in their last group game on Tuesday. 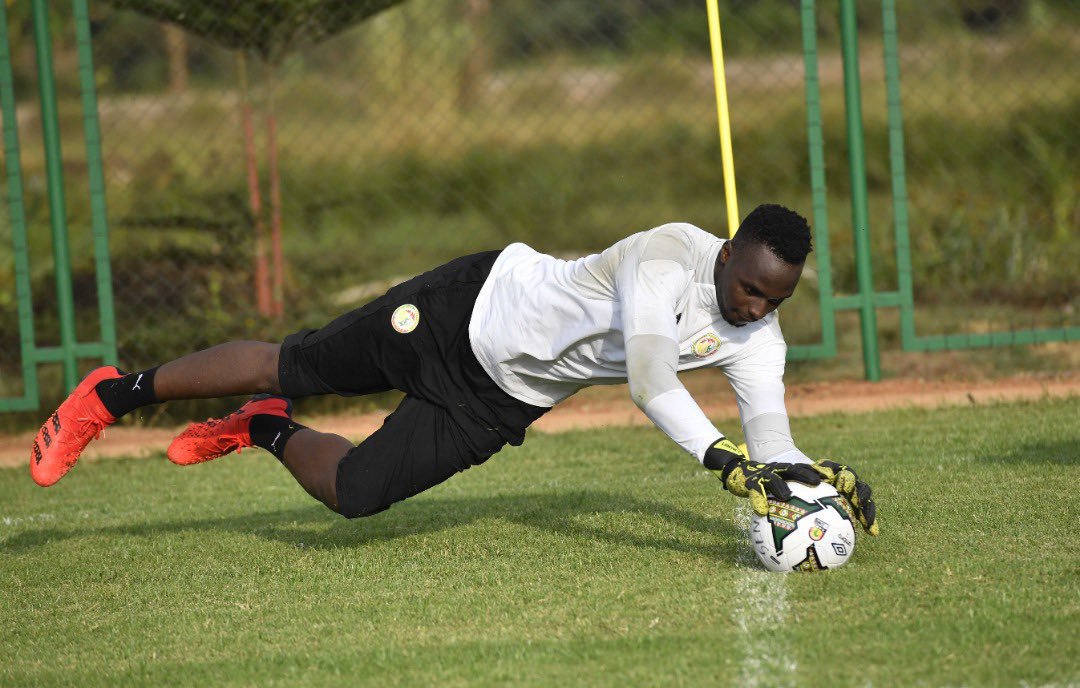 Edouard Mendy during training with Senegal

Meanwhile, Senegal have been boosted with the availability of goalkeeper Edouard Mendy and defender Kalidou Koulibaly for their final group match against Malawi after both recovered from COVID-19.

The duo has missed the opening two matches of the tournament after positive tests upon arrival in Cameroon. But will offer a huge boost to coach Alliou Cisse ahead of the vital Malawi tie.

Mendy will also be motivated playing his first match for Senegal at the Cup of Nations, coming less than 24 hours after he was named FIFA’s best goalkeeper of 2021.

The Senegal squad has also been boosted with the availability of Marseille midfielder Pape Gueye who has been allowed to play by the Court of Arbitration of Sports (CAS).

The 22-year old had previpusly been handed a ban by FIFA from all official competitions for four months over a transfer row between Marseille and English Premier League side Watford.

Watford had gone to FIFA to file a complaint against Gueye whom they accused of signing for Marseille, just after he had also signed for them.

After starting his career at Le Havre, Gueye was due to become a free agent in the summer of 2020. In April of that year, he signed a pre-contract with Watford before changing his mind and agreeing a deal with Marseille.

He came off the bench in Senegal’s opening group victory over Zimbabwe but missed the goalless draw with Guinea because of the suspension.

-Rwandese referee Mukansanga on the door of history- 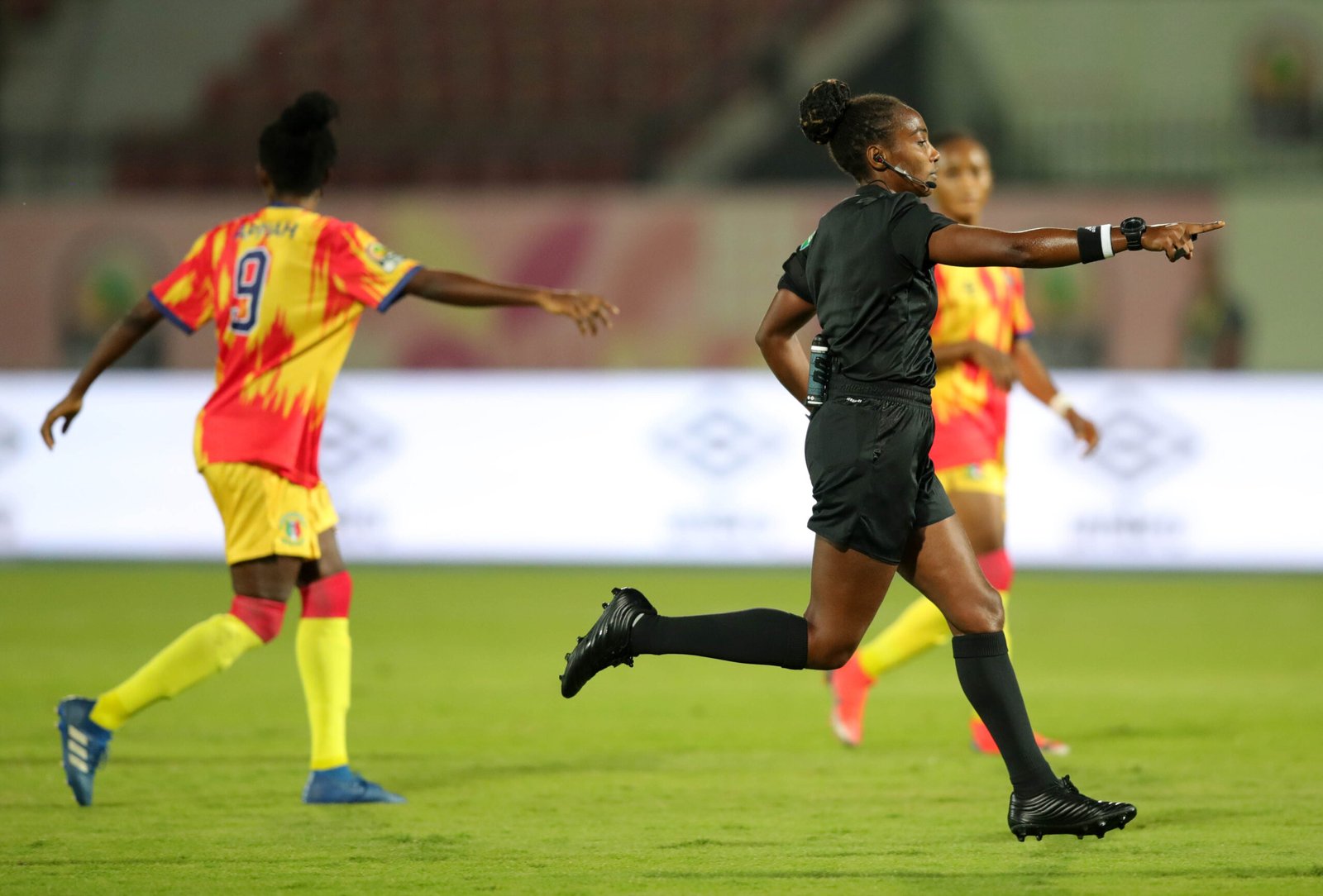 Rwandese referee Salima Mukansanga will make history when she becomes the first woman to be the centre referee a match at the Africa Cup of Nations.

The 35-year old will lead a quartet of female referees to take charge of the tie between Zimbabwe and Guinea scheduled for the Stade Ahmadou Ahidjo in Yaounde.

This will be another massive achievement for the Rwandese whistler who became the first ever woman to officiate an AFCON match when she was appointed as a fourth official in the game between Guinea and Malawi in Bafoussam.