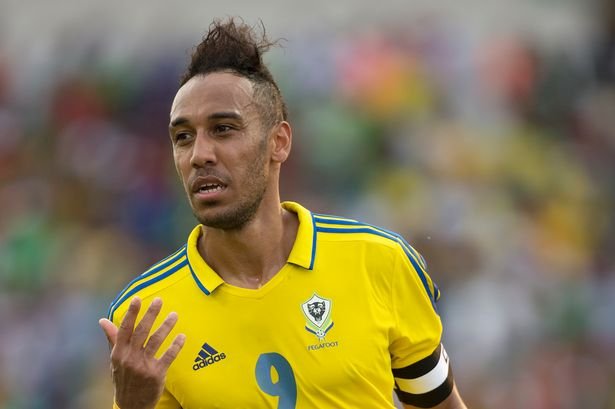 Aubameyang was left out of Gabon squad

Arsenal striker Pierre-Emerick Aubameyang was left out of the Gabon squad to face Ghana at the Africa Cup of Nations on Friday after scans revealed a heart problem after recovering from Covid-19.

Aubameyang had tested positive for Covid-19 prior to the start of the African tournament and so had to undergo routine checks before returning to action after testing positive to the virus.

Nice midfielder Mario Lemina and Tanger forward Axel Meye also returned positive tests recently and similarly underwent tests carried out by the Confederation of African Football (CAF), but the trio have been sidelined as the results concluded it would be unsafe for them to return to action immediately.

The Gabon Football Federation said in a statement seen by SportsLeo: “According to the CAF medical commission, the players Pierre-Emerick Aubameyang, Axel Meyé and Mario Lemina barely out of the Covid cannot take part in this match. The examinations would show heart problems. CAF did not want to take any risks.”

Gabon kicked off their AFCON campaign on Monday with a narrow 1-0 win over Comoros, with Aaron Salem Boupendza grabbing the game’s only goal.

Pierre-Emerick Aubameyang has not featured for Arsenal since the start of December. | PHOTO: Getty Images |

Aubameyang was last in competitive action at the end of Arsenal’s 2-1 loss to Everton at the start of December, making a five-minute cameo from the bench.

Mikel Arteta then stripped the Gabon striker of the captain’s armband and dropped him from the first-team squad due to a disciplinary breach in the training grounds.

Since being omitted from the Arsenal squad, Aubameyang’s former strike partner Alexandre Lacazette has captained the Gunners and re-emerged as a fan favorite.

Gabon played out a 1-1 draw with Ghana to protect their place in Group C thanks to a Jim Allevinah equalizer in the 88th minute canceling out Andre Ayew’s screamer in the first half.

Gabon now needs a draw in their last group match when they play Morroco who has already qualified from the group for a place in the knockout stages.