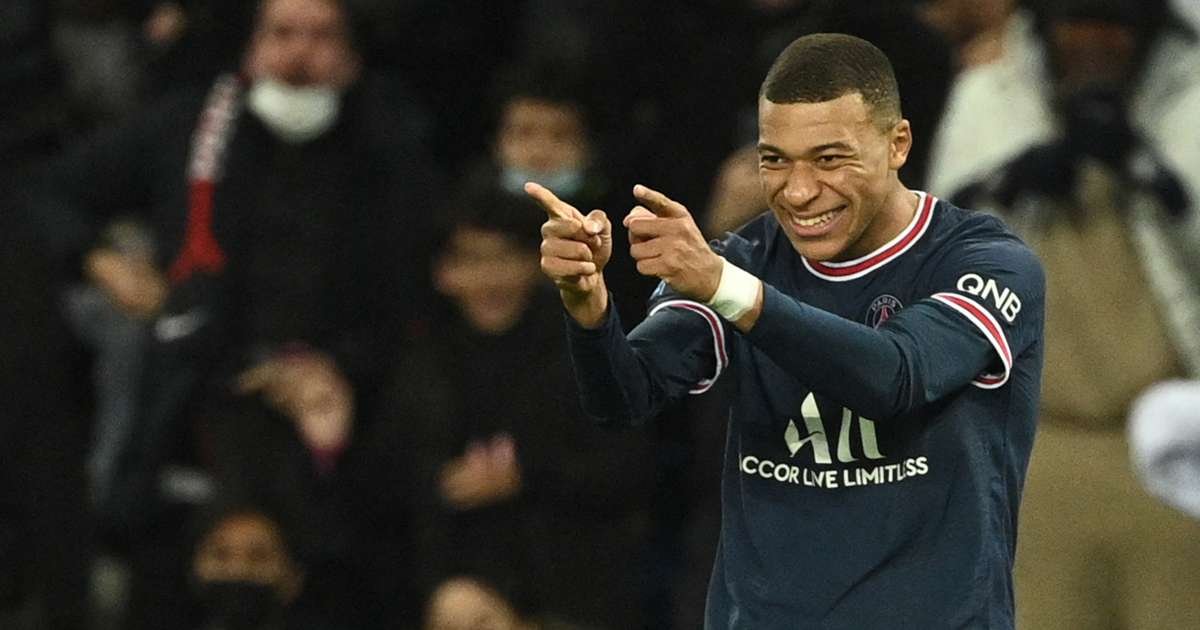 Kylian Mbappe scored his 100th PSG goal playing against his former team as Paris Saint-Germain extended their lead at the top of Ligue 1 with a 2-0 victory over Monaco.

PSG were coming from a back to back draws by Nice and Lens in their previous two league games, and they almost fell behind at the Parc des Princes on Sunday when Sofiane Diop struck the woodwork in the opening stages.

However, the league leaders were soon in control when Mbappe rolled in a penalty before adding a second in the first half – the 22-year-old forward reaching 100 goals for PSG in the French top flight. He is the youngest player to hit that level for any French top-flight team since at least 1950-51.

Rennes slipped up with a 2-1 loss to Nice earlier, meaning Mauricio Pochettino’s PSG side moved 13 points clear of the second spot, which is now occupied by Marseille after their 2-0 win at Strasbourg as Rennes slid to third.

Diop was denied by the left post after just two minutes before a VAR review resulted in a 12th-minute penalty at the other end for an apparent trip by Djibril Sidibe on Angel Di Maria.

Mbappe duly converted into the bottom-left corner from the spot, before a wayward Youssouf Fofana pass allowed PSG’s France striker to double his account in the 45th minute.

Lionel Messi intercepted before driving forward and unleashing Mbappe, who curled with pinpoint accuracy into the bottom-right corner to reach his century of goals with PSG.

Messi whipped narrowly over the bar with a free-kick after the halftime break and then dragged just wide minutes later, while Monaco rarely looked like troubling Gianluigi Donnarumma in an otherwise uneventful second half as PSG cantered to victory.

Pochettino’s side, despite previously disappointing with the consecutive draws in league games, is unbeaten in their last nine French top-flight outings. 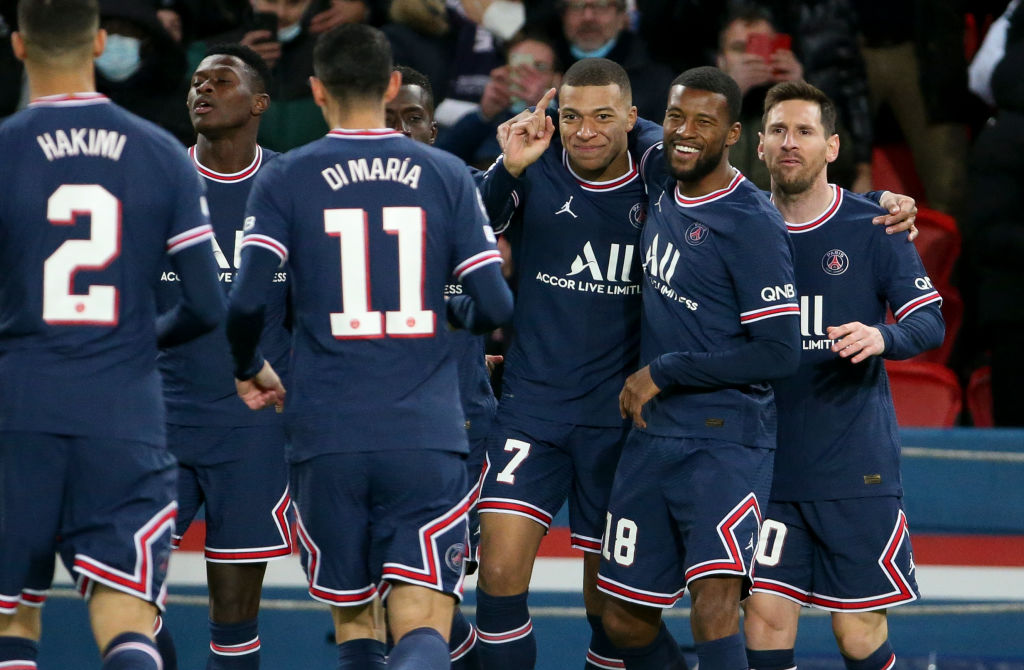 PSG players celebrate Kylian Mbappe’s second goal against Monaco which was his 100th for the club. | PHOTO: Getty Images |

PSG had won just four of their 19 home games against Monaco in Ligue 1 this century, but this time they managed to overcome Niko Kovac’s in-form side. Monaco had been in great shape, with a 3-1 win over Angers and a 4-0 humbling of Metz ahead of this game.

Mbappe will take all the credits for yet another brilliant attacking display, but attacking partner Messi’s role should not go under the radar.

The former Barcelona man has now been involved in goals in consecutive games for the first time in his PSG career, having scored twice against Club Brugge in the Champions League, and he provided a joint team-high two chances – including an assist – in a delightful display.

Sidibe opened the door for the hosts when he carelessly stood on Di Maria’s foot to offer PSG the early penalty.

Alongside earning a caution, Sidibe has now conceded nine spot-kicks since his top-flight debut in 2012-13, and no current player has given away more in that period.

PSG travels to fifth-tier outfit SC Feignies in the Coupe de France next Sunday, while Monaco visits Red Star on the same day. Mauricio Pochettino’s side return to league action away at Lorient on 22 December, when Kovac’s team host Rennes.