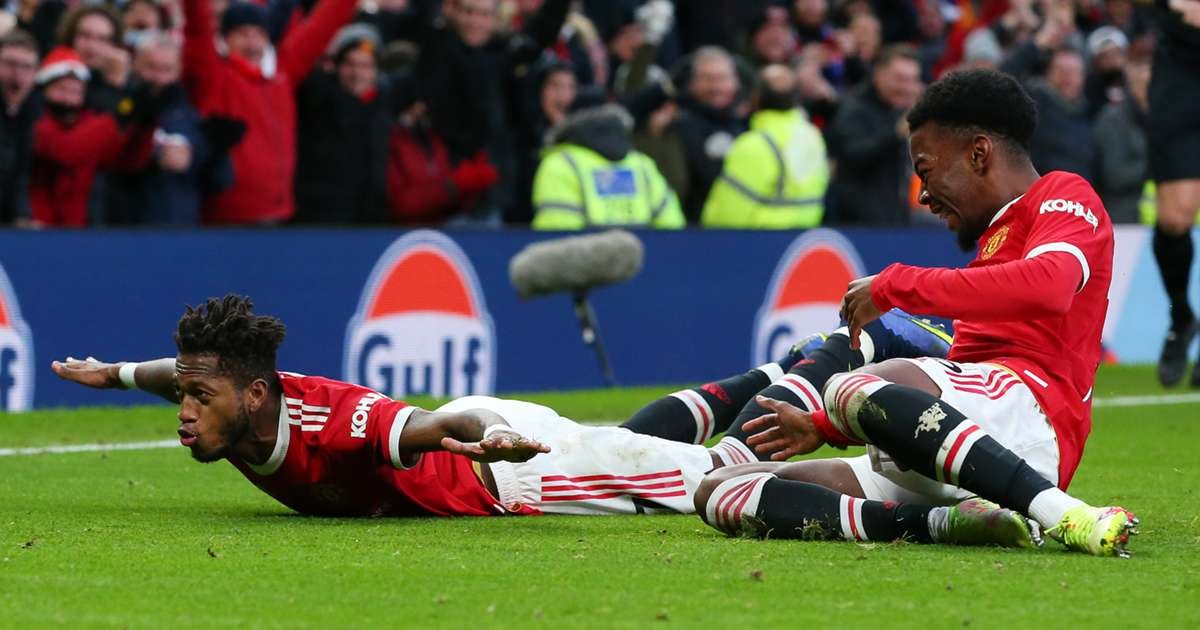 Man Utd midfielder Fred celebrate after he scored the only goal against Crystal Palace in the Premier League on Sunday, 5 December 2021. | PHOTO: Getty Images |

Ralf Rangnick’s reign at Manchester United kicked off in winning ways as Fred scored the only goal when Man United defeated Crystal Palace 1-0 at Old Trafford on Sunday.

Manchester United made a strong start to their first game under interim manager Rangnick, but they were frustrated by a well-drilled Palace side for much of the game.

Alex Telles struck the crossbar before Fred’s stunning finish secured all three points for the Red Devils on Sunday evening.

Victory for United boosted their bid to secure a Champions League spot as Palace suffered their first defeat at Old Trafford for over four years. 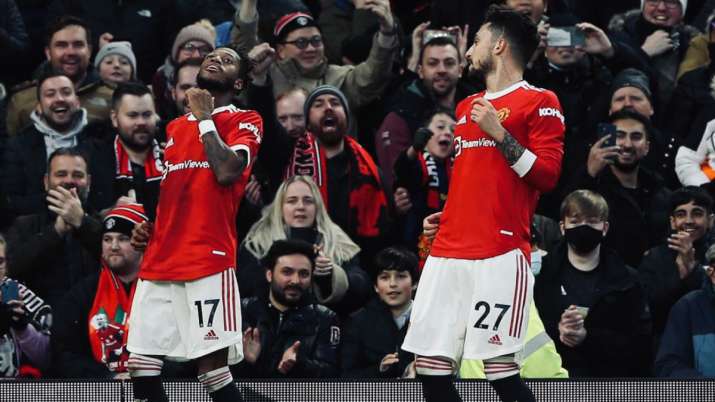 Manchester United players Alex Telles (right) and Fred celebrate after the latter scored the only goal against Crystal Palace in the Premier League on Sunday, 5 December 2021. | PHOTO: Getty Images |

Rangnick’s side showed the intensity the German demands from the start with a high-press approach and Telles flashed an early shot narrowly wide.

The Red Devils were relentless as they continued to pen Palace in, James Tomkins blocking a well-struck drive from Fred before Vicente Guaita denied Bruno Fernandes.

Patrick Vieira’s side weathered the storm but Diogo Dalot wasted a chance to open the scoring on the stroke of half-time, failing to hit the target when he let fly with his left foot from inside the penalty area.

United did not muster such a threat early in the second half and Rangnick replaced Jadon Sancho with Mason Greenwood just after the hour mark.

Telles clipped the top of the crossbar with a whipped free-kick from wide on the right and Jordan Ayew missed a glorious chance to put Palace in front from close range.

Fred produced the quality in the final third that had been lacking to send the United fans into raptures, finding the far corner with a measured right-foot finish from just outside the box. 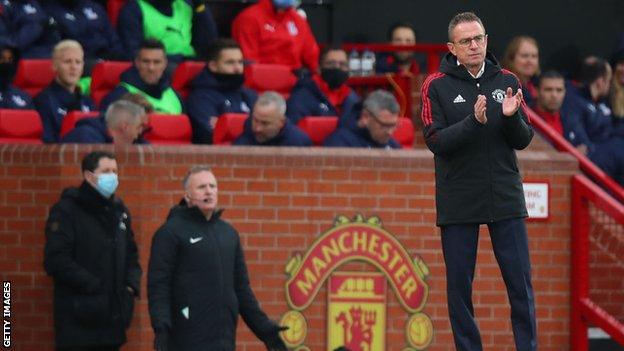 The win against Crystal Palace was the first match for Ralf Rangnick as Manchester United head coach since his appointment. | PHOTO: Getty Images |

United had to wait for long for the breakthrough but they were good value for an elusive home win over Palace, who had won twice and drawn on their previous three visits to Old Trafford.

Rangnick must have been hugely impressed with the energy and desire showed by what was an unchanged side following a win over Arsenal in previous caretaker boss Michael Carrick’s last game in charge, but he will expect better than three shots on target from 16 in total.

United has now moved up to sixth, three points behind fourth-placed West Ham, while that is three defeats in a row for Palace.

Midfielder Fred has now scored twice this season, as many as he had scored in his previous three campaigns with the club.

The Brazil international showed great quality to pick out the far corner of the net and his match-winning strike was rewarded for an impressive display from start to finish.

It has now been over a year since Ayew’s last Palace goal and he will not have many better chances to end that wait than when he prodded across goal just before Fred’s winner. There is no questioning the Ghana international’s work rate, but he needs to start firing.

United will be in action in the midweek when they take on Young Boys on Wednesday their place in the last 16 of the Champions League already secured. Palace is at home to Everton next Sunday in the Premier League.