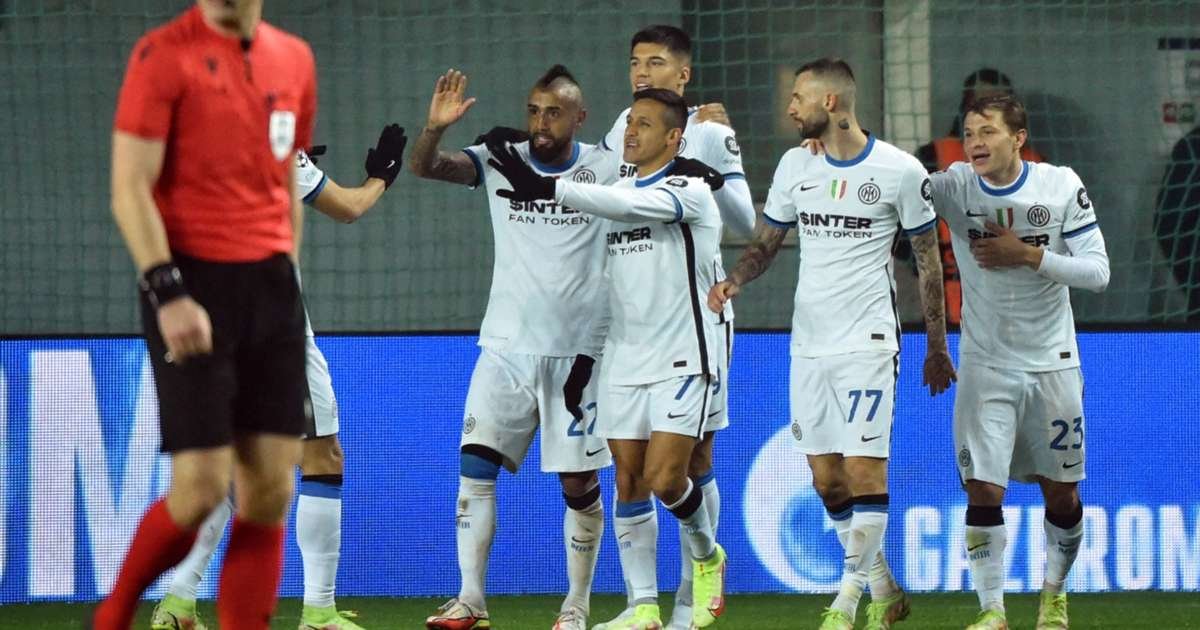 Serie A reigning Champions Inter Milan moved up to second in Champions League Group D with a 3-1 away victory over Sheriff on Wednesday, 3 November.

The Serie A side secured their first win of the campaign against Yuriy Vernydub’s men a fortnight ago, and they followed that up with another to move to remain two points behind leaders Real Madrid, who beat Shakhtar Donetsk earlier in the day.

Inter were unable to break the deadlock in the first half despite carving out a host of chances, but they went ahead nine minutes after the break thanks to Marcelo Brozovic’s first goal of the season.

Milan Skriniar and Alexis Sanchez put the game beyond the reach of Sheriff, who scored a late consolation through Adama Traore, as Simone Inzaghi’s side took a significant stride towards booking a spot in the last 16, with the fate now in their own hands.

Inter had a number of chances shortly before the half-hour mark, Lautaro Martinez denied by a goalline clearance and goalkeeper Georgios Athanasiadis in quick succession, while Matteo Darmian whipped wide from inside the penalty area.

Sherrif shot-stopper Athanasiadis had to be alert to deny Edin Dzeko soon after before Martinez crashed against the post from a distance as a dominant Inter went in at the interval having had 13 shots to their hosts’ one.

Inter’s continued pressure did pay off in the 53rd minute, though, Brozovic coolly cutting onto his right foot and striking into the bottom-left corner from 18 yards to give the visitors a deserved lead.

Skriniar netted in from close range 12 minutes later after Athanasiadis had kept out Stefan de Vrij’s header and the Slovakian defender’s initial follow-up.

Sanchez added a third just 33 seconds after being introduced from the substitutes’ bench in the 82nd minute, lashing home after a powerful run, before Traore headed a consolation in stoppage time for the Moldovan side.

After a slow start in the Champions League, which saw them collect just one point from their opening two Group D games, back-to-back wins against Sheriff have put Inter on course to qualify for the knockout stages.

They have scored six goals against Sheriff in this season’s Champions League – a tally they have never bettered against one team in a single campaign.

Martinez, fresh from signing a new deal with the Nerazzurri, was Inter’s brightest spark, but his replacement was to steal the headlines. Alexis Sanchez with much confidence swatted aside the Sheriff defence and thumped home mere seconds after coming off the bench, the goal his third touch of the match.

It was a little surprise to see Darmian brought off at the break. The former Manchester United defender did not make a single key pass from his right wing-back position and had the second-worst passing accuracy figure (78.3 percent) of any Inter starter.

Both sides will turn their attention to the league action on the weekend. Inter Milan faces a huge Serie A clash with city rivals AC Milan and Napoli before a Champions League clash with Shakhtar Donetsk on November 24, the same day Sheriff host Real Madrid.