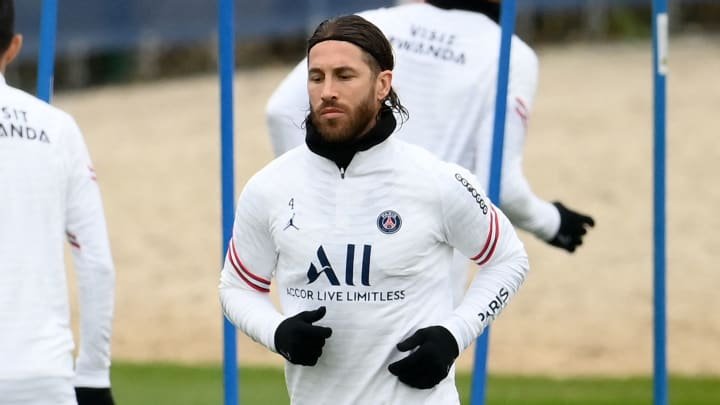 PSG summer signing in the defense, Sergio Ramos has been included in Paris Saint-Germain’s traveling squad for the UEFA Champions League fixture at Manchester City on Wednesday, 24 November 2021.

The Spanish legend has been plagued by injuries since leaving Real Madrid for the French giants in the summer transfer window as a free agent and is still yet to make his debut for his new club. 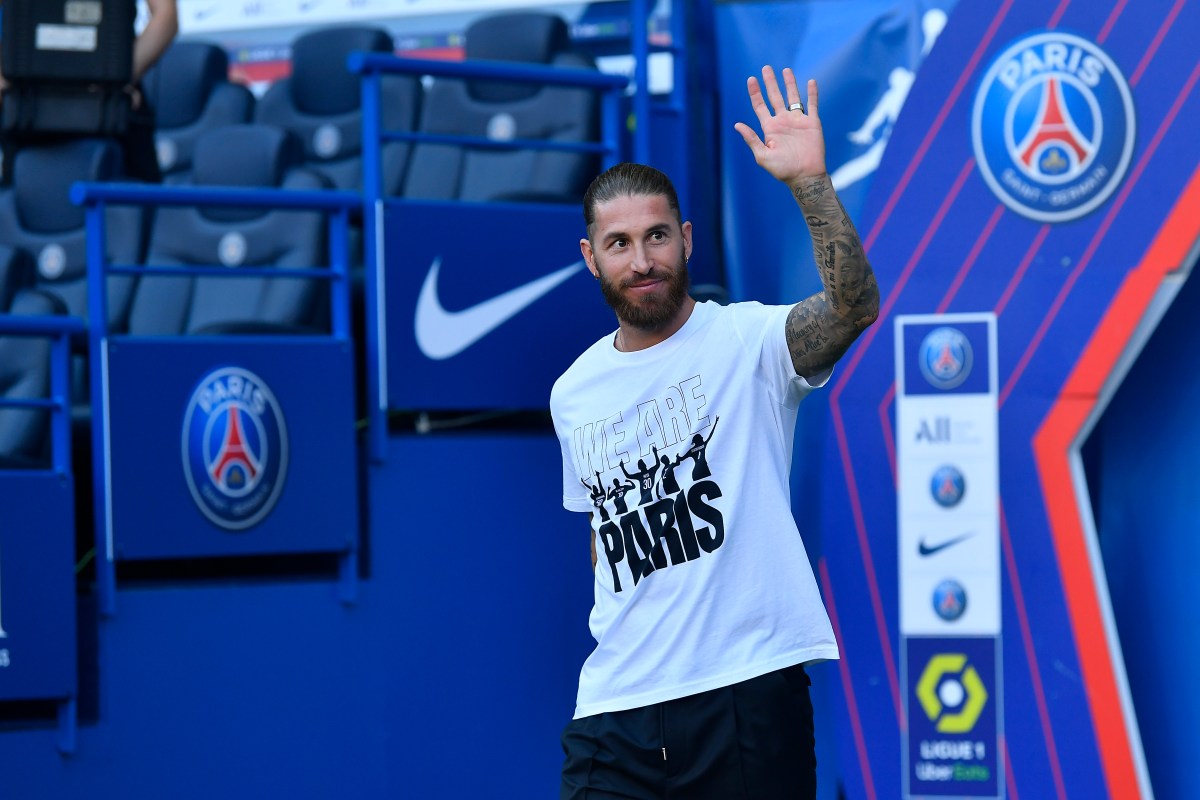 Sergio Ramos joined PSG from Real Madrid as a free agent in the summer but injuries have prevented the defender from making his debut since august. He is however back into the match squad for the first time in PSG colors and might make his debut against Manchester City in the UEFA Champions League clash on Wednesday, 24 November 2021. | PHOTO: Getty Images |

Ramos was in contention to play against Nantes on Saturday but wasn’t risked, but RMC Sport now reports that he is in the squad for the vital fixture against City, which is a determiner in who between the two sides qualify for the round-16 as the group leaders.

The pair sit in the two qualification spots in Group A, with City a point ahead of PSG. Mauricio Pochettino’s side did beat Pep Guardiola’s side when they faced each other earlier in the season in the reverse fixture at Pac des Princes but draws with Club Bruges and RB Leipzig have cost them while City has had no other slip-ups against the Belgians and the Germans respectively.

Elsewhere, Marquinhos, Gianluigi Donnarumma, and Presnel Kimpembe are all expected to be available again, so Ramos may not actually feature if Pochettino has his first-choice center-back pairing fit and ready.

Forward Kylian Mbappe missed training on Monday morning with illness but has been included in the squad and isn’t expected to miss out on Wednesday. Julian Draxler and Rafinha are the only confirmed absentees due to injuries.

Brazilian winger Neymar who missed the Nantes win is also back and has been included in the squad traveling to Manchester.

It’s the latest encounter between City and PSG in the Champions League. The two clubs met in the semi-finals last season, with City triumphing thanks to a comprehensive 4-1 aggregate win. 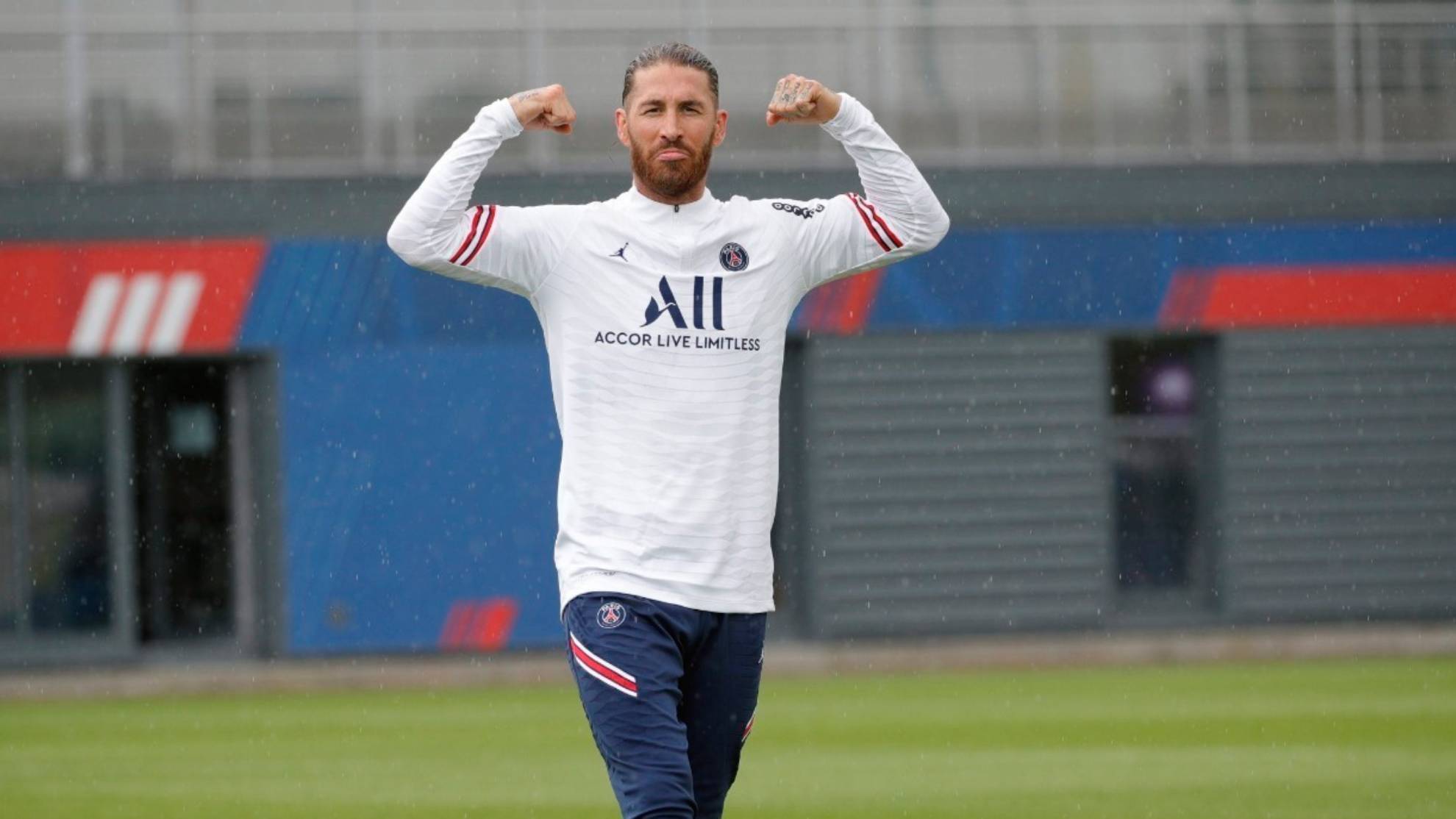 Sergio Ramos may finally make his much-awaited debut for PSG on Wednesday, 24 November against Manchester City at the Etihad. | PHOTO: Getty Images |

The Champions League is the main target for PSG this season. Despite the years of heavy investment, they are still yet to win Europe’s greatest prize, coming closest in 2019/20 when they were narrowly beaten 1-0 by Bayern Munich in the final held in Benfica, Portugal.

PSG’s latest victory over Nantes on Saturday, 20 November took their unbeaten streak to seven games, though their away form has been suspect in recent weeks.

Manchester City on their side is still missing forward Ferran Torres who is out until January 2022, whilst summer record signing Jack Grealish is still healing from a knock and is a doubt for the clash. Midfield talisman Kevin de Bruyne is also expected to be watching the clash at home following his Covid-19 positive test.