Liverpool vs Southampton : Liverpool close the gap on Chelsea with a win. Diogo Jota scores a brace in the first half as Liverpool vs Southampton Premier League cruised to a comfortable 4-0 victory over Southampton at Anfield on Saturday, 27 November.

The Portugal international grabbed his first with less than two minutes played, turning Andy Robertson’s low ball in before adding a second from close range after being tipped up by Mohamed Salah half an hour later. 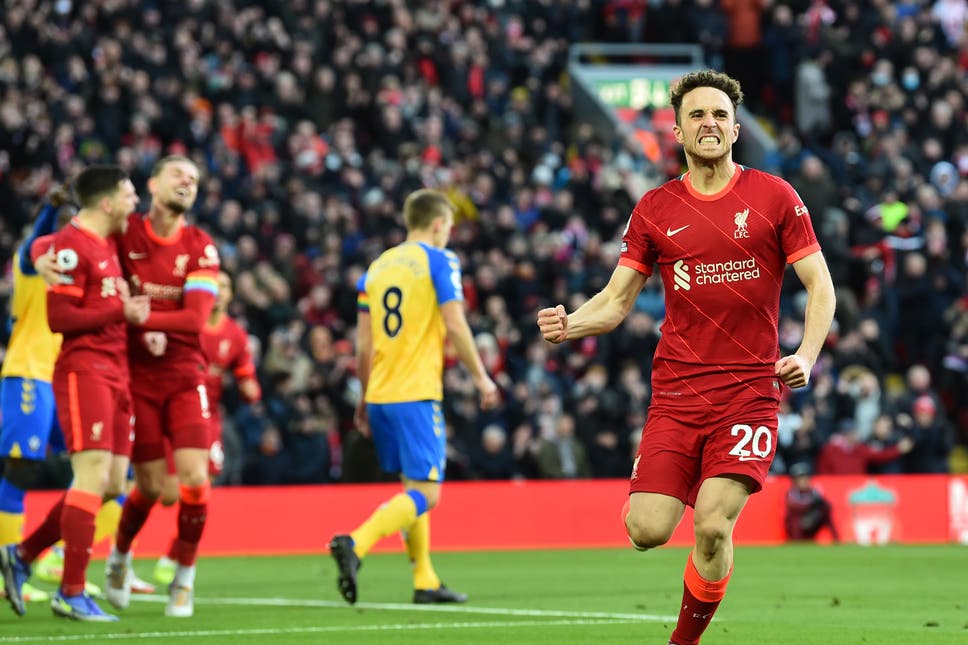 Thiago Alcantara scored in a second successive game for Liverpool vs Southampton as he fired in a deflected third to give the Reds a commanding half-time lead before Virgil van Dijk steered a corner home to round off the scoring shortly after the restart.

The victory sees Liverpool keep the pressure up on league leaders Chelsea, moving to within a point of the Blues – although the Reds have played an extra game, and the Blues are scheduled to take on Manchester United at Stamford Bridge later today.

Liverpool got off to a flying start as Sadio Mane and Robertson combined on the left before the latter forced a low cross into the middle that Jota converted on the stretch.

A couple of chances fell Southampton’s way after that, but Liverpool remained the side on top and doubled their lead in the 32nd minute as Salah squared for Jota to tap in his second after playing a neat one-two with Jordan Henderson on the right.

The Reds made it 3-0 just five minutes later as the ball fell to Thiago on the edge of the box and the midfielder advanced into the area before lashing a left-footed strike into the top-left corner via a hefty deflection off the knee of Lyanco. 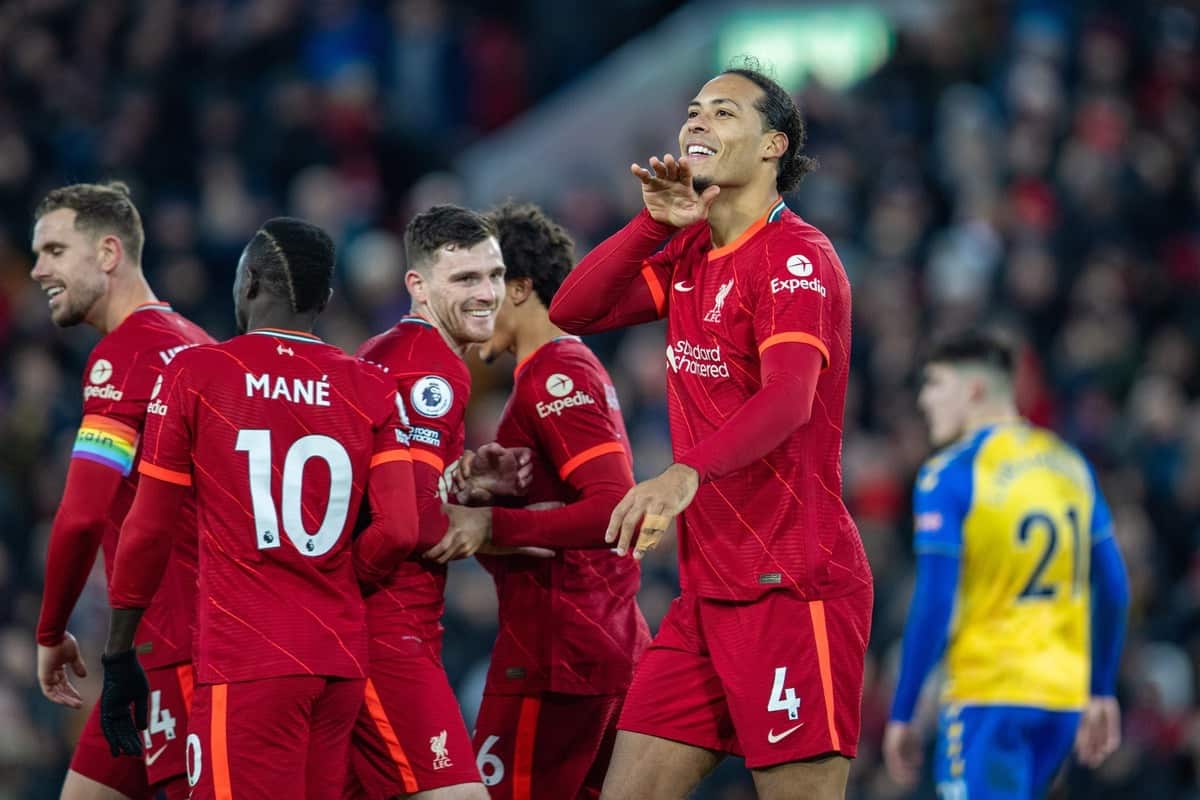 Jota wasted a glorious chance to grab his hat-trick, diverting Robertson’s cross wide of the target as Jurgen Klopp’s men eased their way to the final whistle.

Liverpool’s victory moves them to within one point of Thomas Tuchel’s table-topping Chelsea side, with the Blues set for a heavyweight clash with Manchester United at Stamford Bridge on Sunday.

Salah has now been directly involved in 150 Premier League goals in his 171 games in the competition (108 goals, 42 assists) – only Alan Shearer (148 games) and Thierry Henry (163 games) reached as many goal involvements in fewer games than the Egypt star in the competition.

Salah has also been directly involved in 25 goals in all competitions this season (17 goals, eight assists), more than double the return of any other Premier League player.

He has reached the tally for the Reds in 36 fewer appearances, however (67 for Wolves, 31 for Liverpool) and with a better shot conversion rate (12.6 per cent with Wolves, 21.9 per cent with Liverpool).

Liverpool’s next fixture is a huge one as they head into the Merseyside derby with Everton at Goodison Park on Wednesday, while Southampton host Leicester City at St Mary’s Stadium on the same day.

Calhanoglu strikes again in Inter vs Venezia Serie A. Win for Inter!!
Tusker FC draw with Sfaxien in Confed Cup, Tuskers failed to save a win.