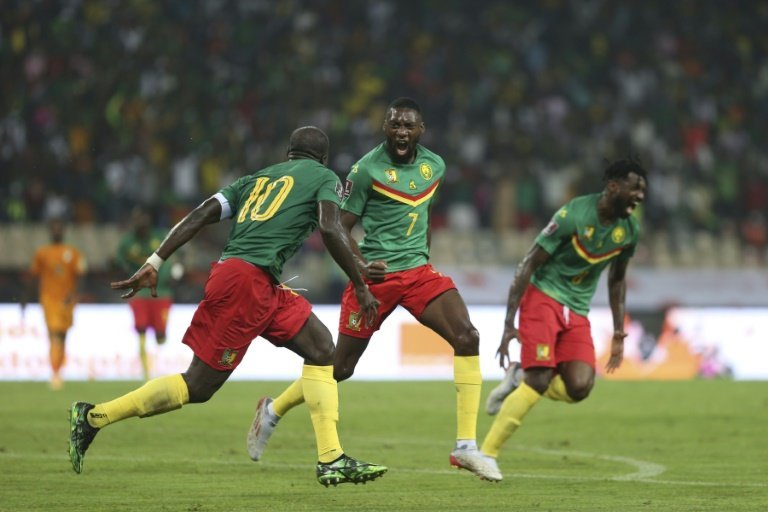 African champions Algeria, Tunisia, Cameroon and Nigeria sealed the four remaining slots for the play-off round of the African qualifiers for the 2022 World Cup on the last day of the group phase on Tuesday night.

Heading into the last round of group matches, six teams had already booked their slots and the four more were to be determined by final day top of the table clashes.

They will join in with Egypt, Morocco, Senegal, Ghana, Mali and DR Congo who had already booked their tickets.

The biggest fight of the final round of group matches was in Yaounde where second placed Cameroon were taking on Ivory Coast, in a must win situation to claim a play-off slot.

At the end of 90 minutes, it was the Indomitable Lions who clinched victory.

Prior to the match, Cameroon were second in Group D, a point behind the Ivorians and they needed a win at home in Yaounde to progress to the play-off round. And they did so with a well worked performance, despite nervy, Karl Toko Ekambi scoring the lone goal.

They started strongly pinning Côte d’Ivoire in their own half and pushed on by the home crowd. They eventually got the opener in the 21st minute when Karl Toko Ekambi smashed the ball into the roof of the net after being played through by Martin Hongla.

It was the exact start that Cameroon had yearned for and now turned the pressure tide on the visitors.

They almost drew level in the 31st minute but keeper Andre Onana made a brilliant save, showping superb reflex to turn behind Franck Kessie’s volley from close range off a Max Cornet cross.

In the second half, Côte d’Ivoire piled the pressure and they came closest in the 70th minute when Sebastian Haller saw his header off a cross from the right clip the crossbar.

Despite the increased pressure, Cameroon held on to their nerves to see off the victory and secure the ticket. 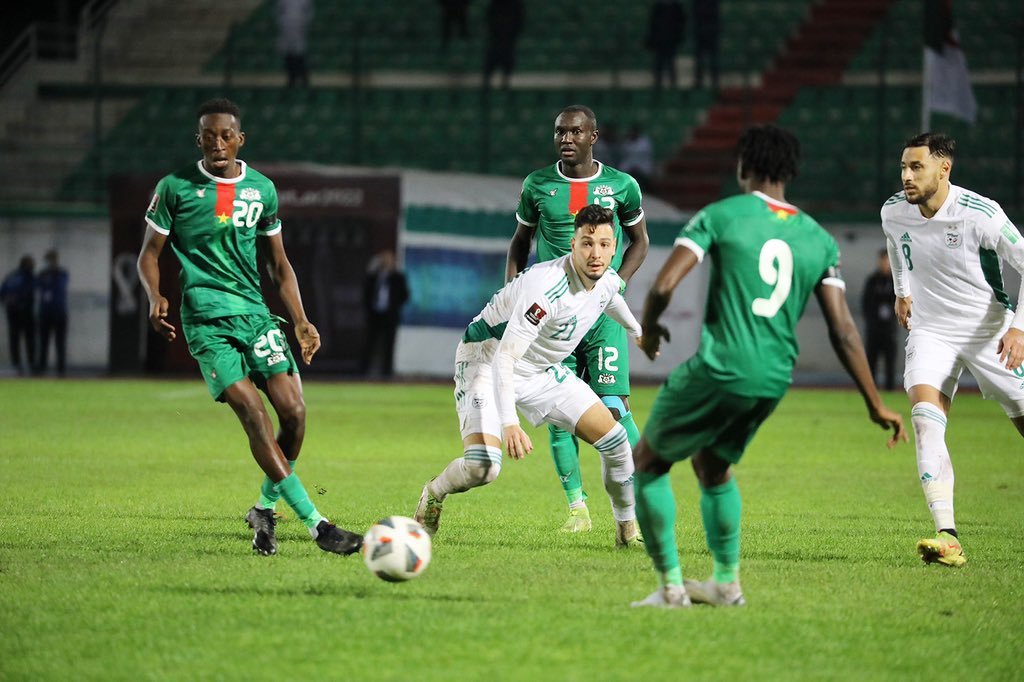 Algeria vs Burkina Faso in Blida

Algeria held on their nerves in a tough 2-2 draw with Burkina Faso in a top of the table clash in Blida as they sealed a play-off slot.

Issoufou Dayo scored from the penalty spot eight minutes to time to draw the Burkinabe level and they were determined to get the win that would have seen them not only break Algeria’s unbeaten run but also earn them a place in the play-off.

However, Les Fennecs held on to progress.

Algeria broke the deadlock in the 21st minute when Youce Bellaili squared a ball from the left and the Manchester City forward had to simply side foot the ball home unmarked. Mahrez came close to a second in the 32nd minute when teed up by Islam Silimani but he curled the ball just wide.

Burkina Faso however got the equalizer in the 37th minute through Zakaria Sanogo who volleyed the ball home off a Gustavo Sangare through pass.

In the second half, Algeria went back on top with substitute Feghouli finding the back of the net after another neat assist from Bellaili. Feghouli had come on for Baghdad Bounedjah at the start of the second half.

Despite going down, Burkina Faso kept the fight and earned the equalizer seven minutes to time from the spot after Djamel Benlamri clipped Mohamed Outtara’s heels inside the box.

However, they could not conjure a comeback as Algeria played a 33rd match without tasting defeat. But, they leave heads high as they are the only side to pick a point off the Algerians. 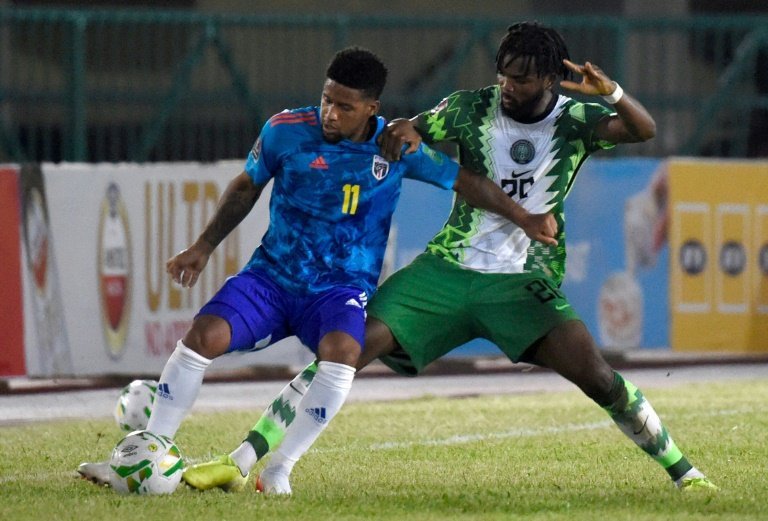 At the Telim Balogun Stadium in Lagos, hosts Nigeria did the minimum required to progress to the play off round, playing to a 1-1 draw against Cape Verde to preserve their place on top of Group C.

The result saw the Super Eagles finish the group round with 13 points, two ahead of Cape Verde.

Heading into the match, Nigeria just needed to avoid defeat while Cape Verde were in a must win situation.

The home side had a dream start when Victor Osimhen opened the scoring with a neat low finish after Moses Simon’s cross was poorly cleared out.

However, Cape Verde, who needed a win away from home to progress drew level five minutes later when Ianique dos Santos Tavares rushed sliding in at the backpost to connect to a Kenny Rocha Santos corner.

Despite late pressure, Cape Verde couldn’t get a second goal to turn the match in their favour.

Tunisia progressed to the play-off round with an easy 3-1 win over Zambia in Rades, finishing top of their group. Heading to the last match day, they were level on points with Equatorial Guinea and had to win to ensure they progress.

They got into the lead in the 18th minute through Aissa Laidouni who swing in a sweet volley after a cross from the right was headed to his path. They had a chance to double their lead in the 28th minute when Wahbi Khazri was fouled inside the area by the keeper.

The captain took responsibility but saw his spot kick saved.

His blushes were however wiped two minutes later when Mohamed Drager scored the second finishing off a sweet one two finish started off by Khazri at the edge of the box.

They got their third two minutes from halftime when Ali Maaloul brilliantly swept the ball home inside the box after the Zambian defense was caught flat out.

The visitors scored their consolation in the 80th minute when Fashion Sakala scored on the second bite of the cherry off the penalty spot after his initial effort was saved.

Meanwhile, Equatorial Guinea could only finish second in the group with 11 points, two behind Tunisia after playing to a 1-1 draw with Mauritania.