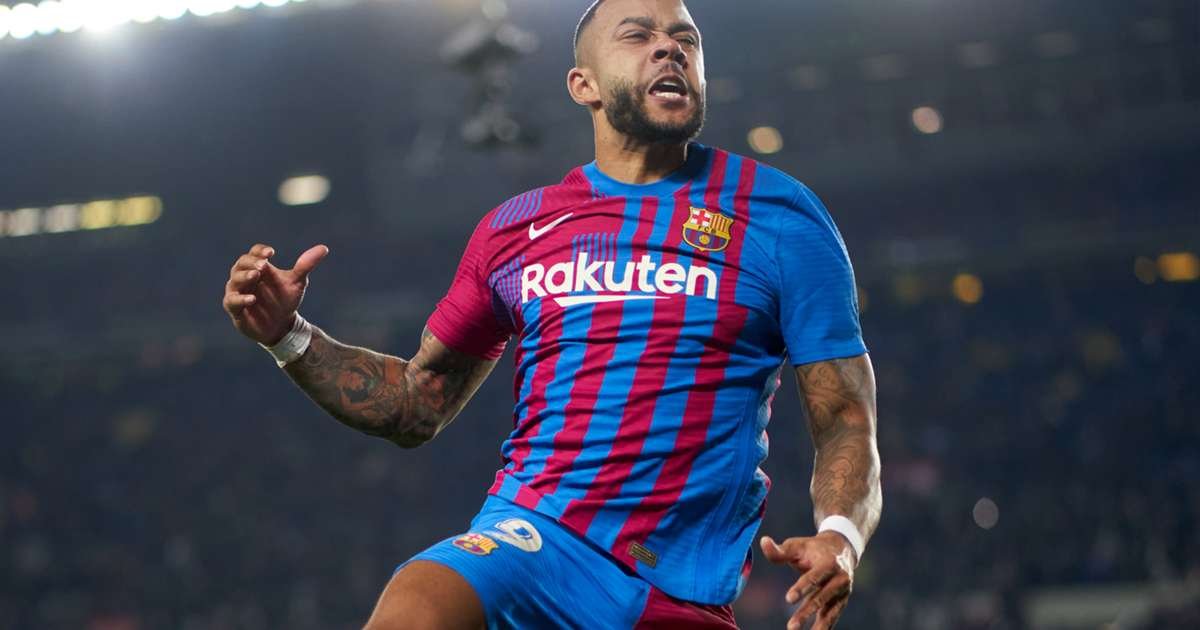 New Barcelona manager Xavi enjoyed a winning start as Barcelona head coach as they claimed a 1-0 derby win over Espanyol at Camp Nou on Saturday, 20 November 2021.

Appointed as Ronald Koeman’s successor and tasked with restoring both style and results to Barca, the former Barcelona midfielder would not have wanted to halt the end of a 22-match unbeaten run against their city rivals. 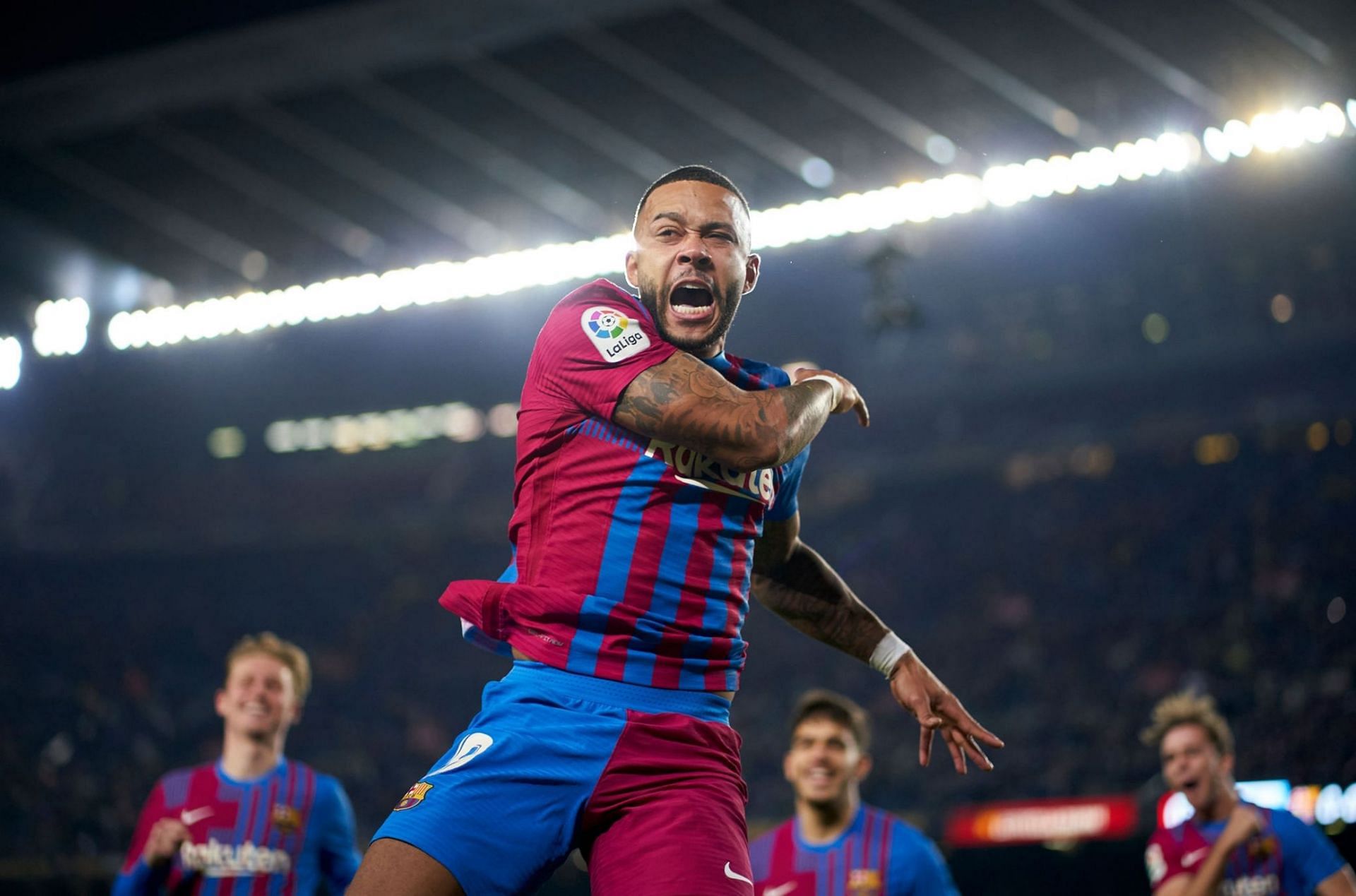 The Blaugrana were wasteful with their chances, though, and it took a controversial Memphis Depay penalty to secure victory as Espanyol missed out on the chance to move three points clear of Barca in the La Liga table.

Barca had 77 percent of the possession in the first 15 minutes, Depay and Ilias Akhomach leading a dangerous-looking attack in front of a buoyant crowd of more than 74,000.

Three minutes after half-time, Leandro Cabrera was penalized for a challenge on Depay – despite appearing to make contact with the ball – and the Netherlands international swept home the resulting spot-kick to hand Barcelona the lead. 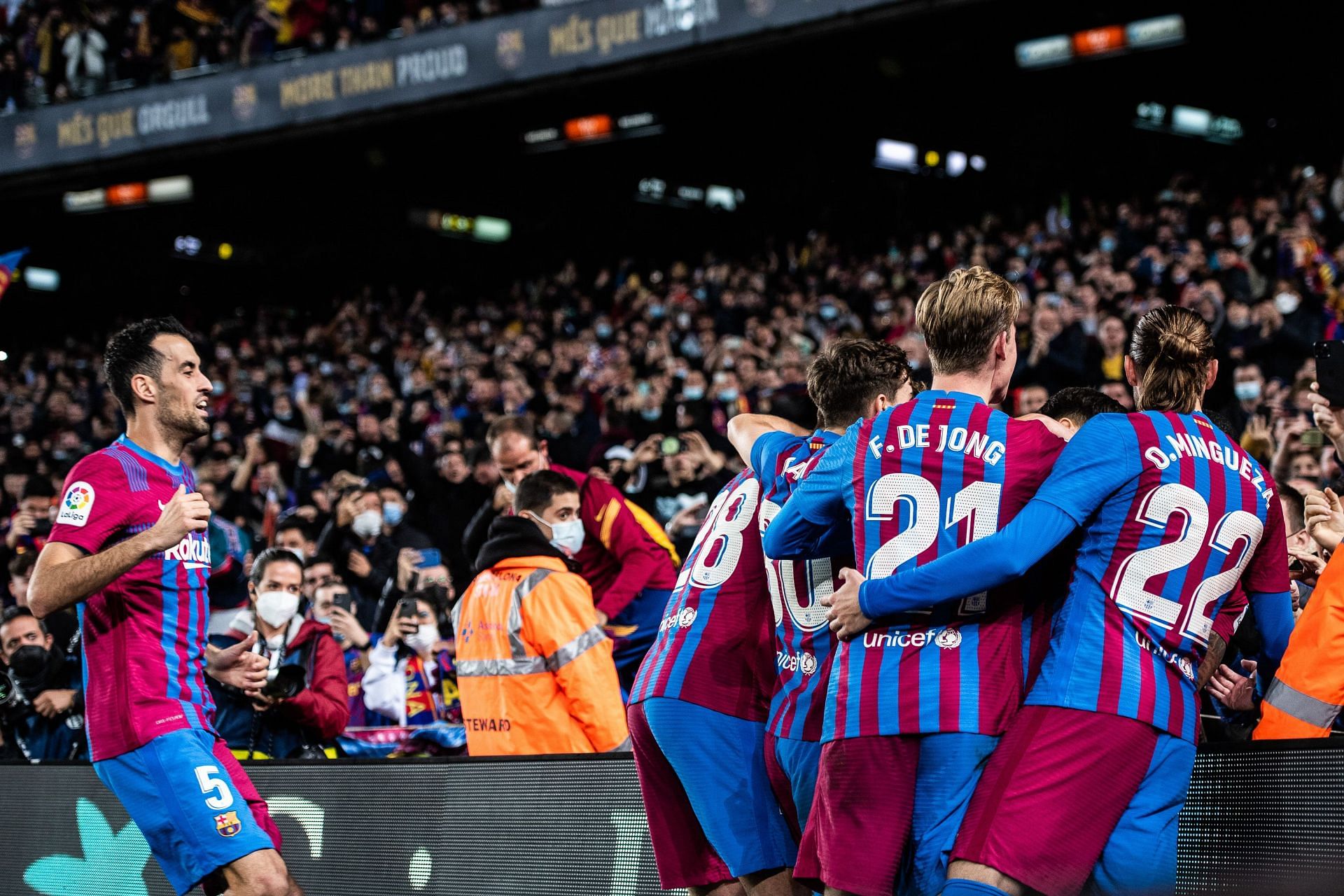 Barcelona players in celebration after Depay netted home against Espanyol from a penalty at Camp Nou in a La Liga clash. | PHOTO: Getty Images |

Barca could not build on their lead, though, and De Tomas came within inches of an equalizer when his free-kick clipped the outside of the left-hand post.

Landry Dimata should have snatched a point, but he could only nod wide of Ter Stegen’s goal from six yards out, and De Tomas was again denied by the woodwork from another unmarked header.

This was a slender victory that only moved Barca to within eight points of league leaders Sevilla, so there are few reasons to become too excited.

However, the signs of Xavi’s influence were clear: the strong man-to-man pressing, the possession-based play, and the commitment to attack were all obvious, even if the end product was not always the best.

This was an encouraging start to life for the new coach.

There were eight graduates from the La Masia academy in the starting line-up and they seemed determined to carry out Xavi’s instructions to the letter.

Barca had 11 shots in the first half, their most in a LaLiga match this season, and enjoyed 70 percent of the ball before the break.

Espanyol was on a run of three wins in six games, as many as in their previous 25, and you would have thought the chance to ruin Xavi’s day would have been a huge incentive.

As it was, they only truly threatened in the final 15 minutes and mustered just two shots on target.

Barca now switches its attention to the UEFA Champions League as Xavi gets his taste of the competition as a manager on Tuesday, 23 November when his side hosts Benfica at Camp Nou in what is a must-win tie should they need to progress to the round -16.