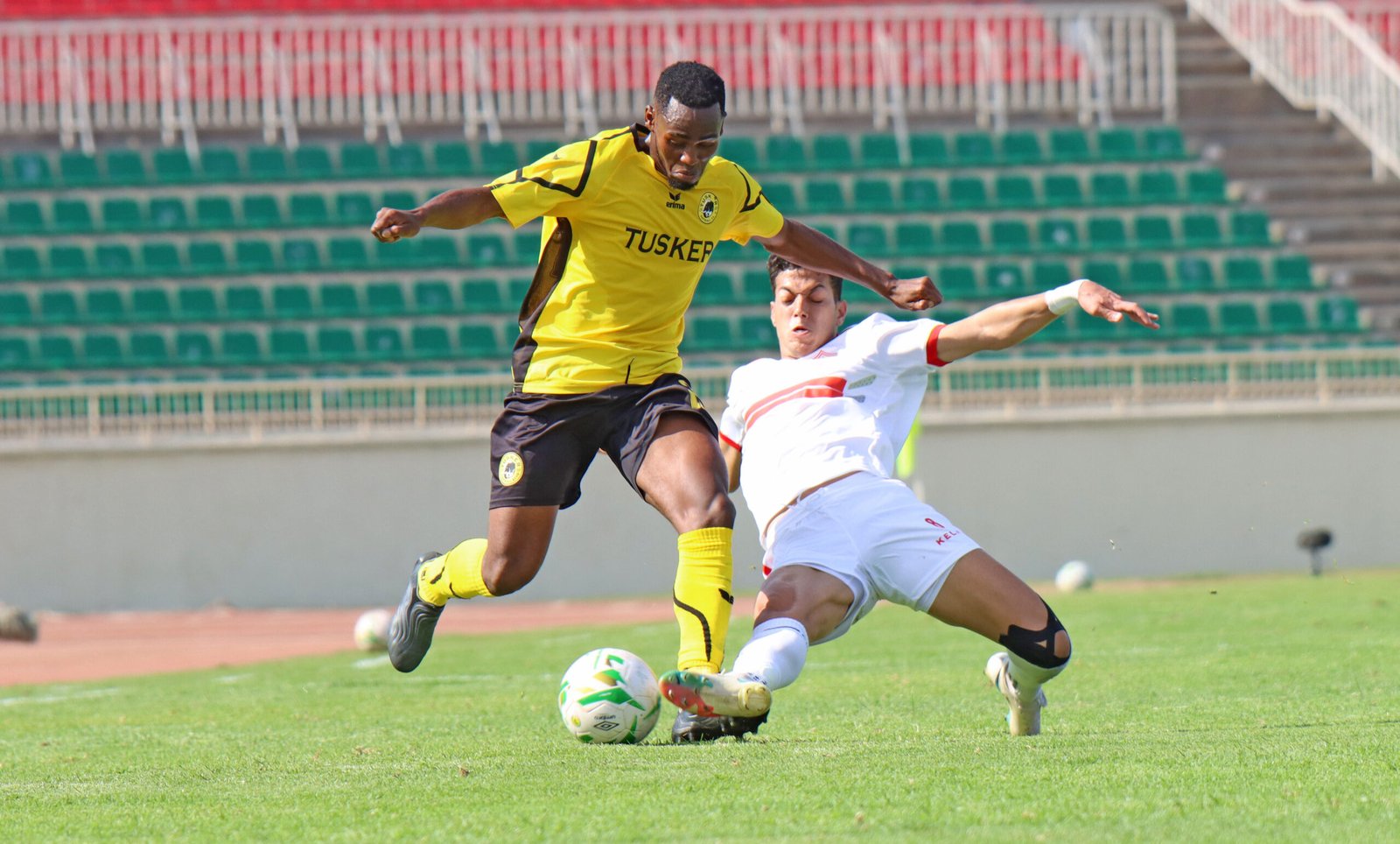 FKF Premier League champions Tusker FC have a mountain to climb in their quest for a first ever place in the CAF Champions League group stages after suffering a 1-0 loss at home against Egyptian giants Zamalek SC on Saturday.

Moroccan winger Achraf Benharki’s goal in the 47th minute handed the White Knights the victory in Nairobi that sets them up nicely for the return tie to be played in Alexandria on Friday.

Zamalek coach Patrice Carteron was pleased with the result but said the job is not yet done.

“Our ambition was to come here and to try win at least 1-0. I think we should have scored more goals with the chances we had but all in all I love the victory. It was a tough game because Tusker also showed they are a great side. They are very organized and worked hard and showed they are champions of Kenya,” said Carteron.

His opposite number Robert Matano said his team played with their feet on the brakes, saying they gave Zamalek too much respect.

“I think we played with a lot of fear especially in the first half when we could not even string two or three passes like we always do. This is a game we should have taken with confidence and I believe we had a chance to win,” he said. 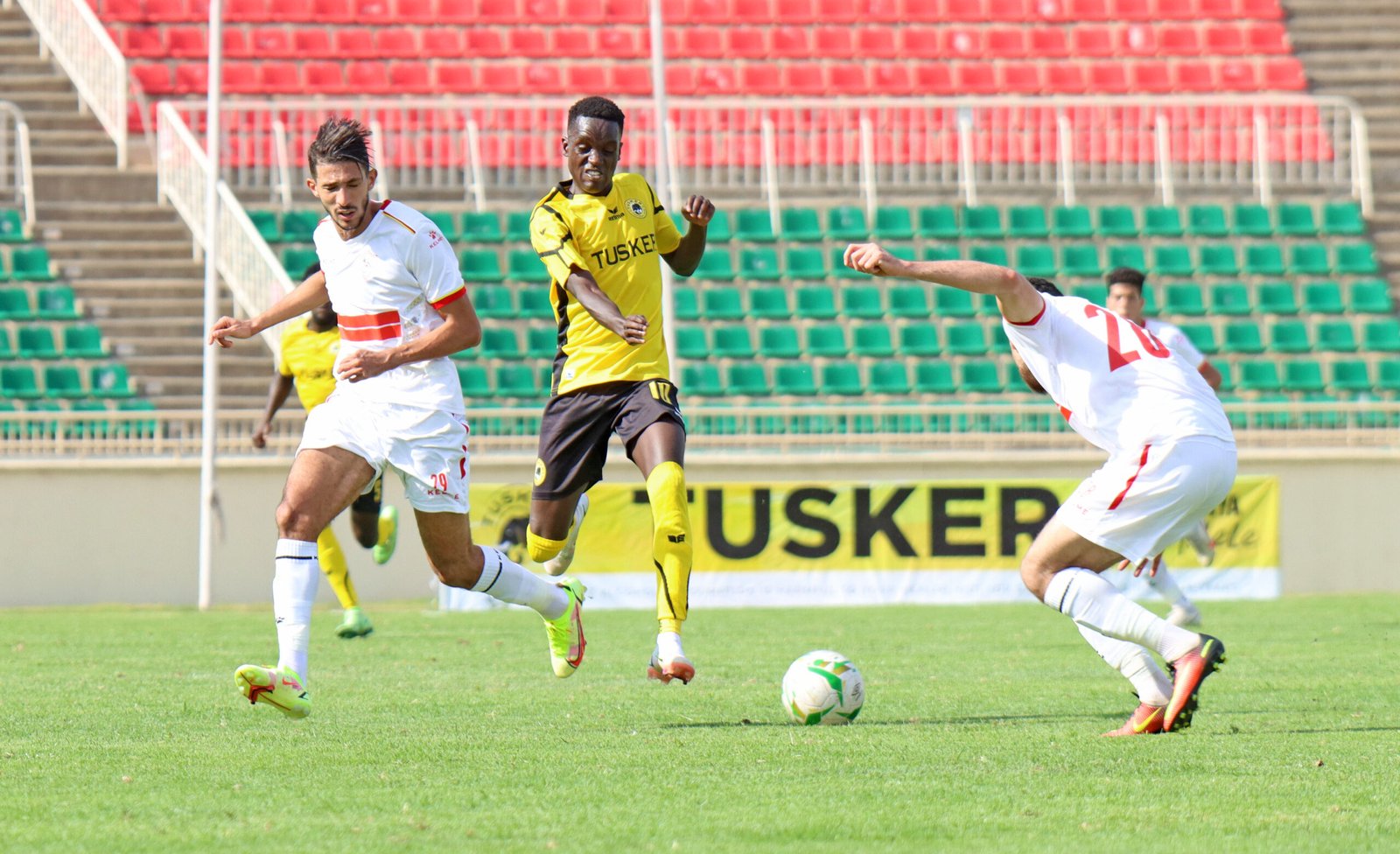 Tusker’s Boniface Muchiri vies for the ball against Zamalek players

The coach added; “But all is not lost. We have seen our mistakes, we have seen how they play and we will try to correct where we can before we play the return leg on Friday. We will go and fight in Alexandria.”

Tusker had sniffs at goal in the opening half, but none were threatening enough to trouble Mohamed Abou Gabal in goal.

Mwinyi Kibwana tried his luck in the sixth minute when a good passing move by the brewers found him inside the box, but his shot at goal skied over the bar.

In the sixth minute, Boniface Muchiri had a go at goal from a freekick, curling the ball beyond the wall but keeper Abou Gabal flew to his right to save with the defense clearing the rebound.

Muchiri was at the centre of another Tusker chance in the 27th minute, delivering a freekick from the right. Tanzanian dangerman Ibrahim Joshua did well to rise and glance a header at goal, but the effort bounced just inches wide. 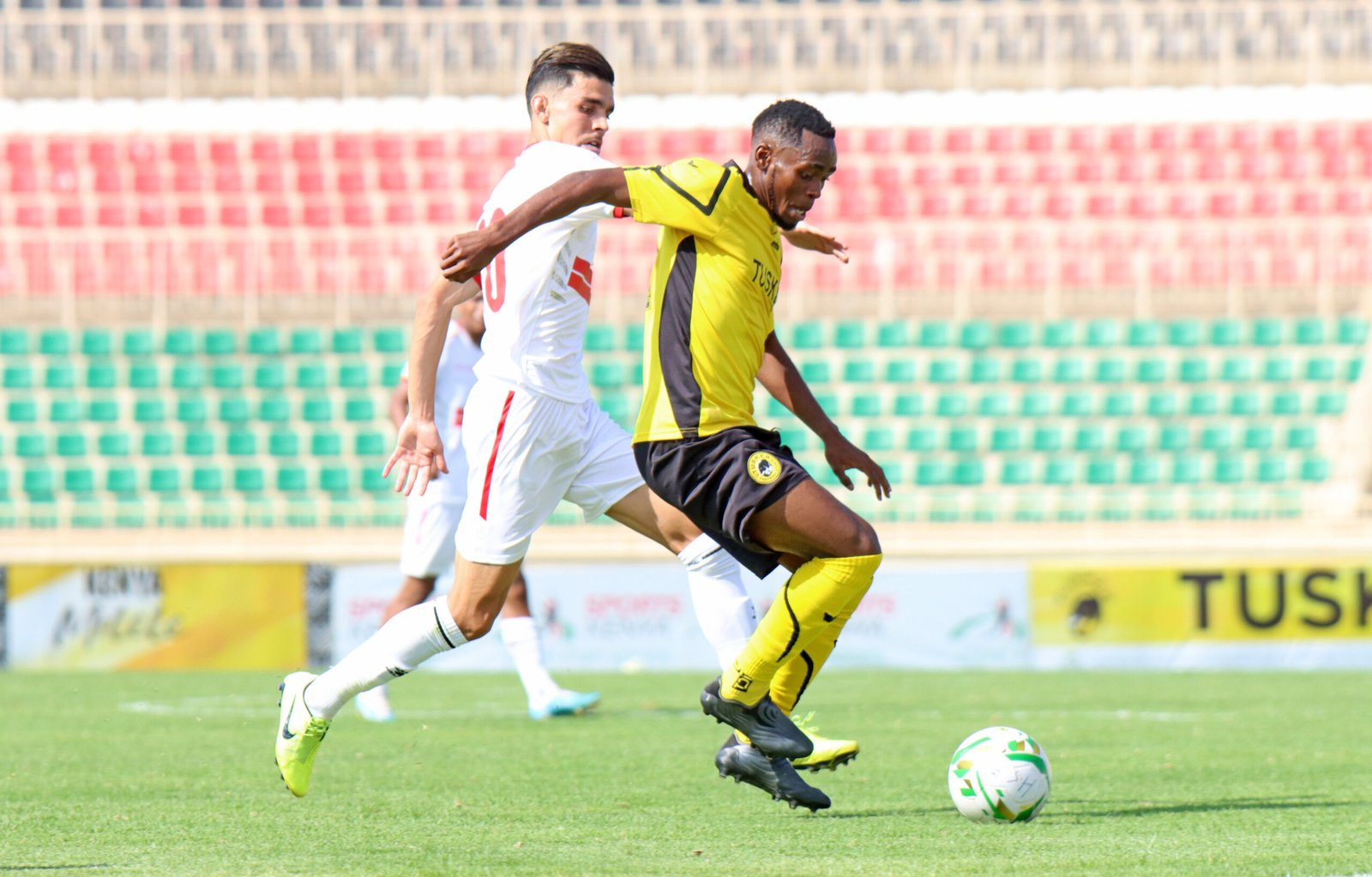 At the stroke of halftime, Zamalek almost scored when Fayed Morsy made a good run on the right to cut back a cross, but Bencharki missed a complete sitter, his right footed tap going straight to keeper Bwire’s arms.

In the second half though, the visitors were off with a punch. Bencharki hit the post seconds after the restart before finally getting his goal a minute later.

The winger dribbled his way into the box from the left before shooting the ball to beat Bwire at his near post.

The home side made changes, Daniel Sakari coming off for Kevin Monyi at right back while forward, Humphrey MIeno, Jackson Macharia and Mwinyi were all hauled off for Apollo Otieno, John Njuguna and Ugandan attacker Deogratious Ojok.

Muchiri and Ibrahim came close again for Tusker, but both their shots at goal were saved by Abou Gabal.

In the 80th minute Tusker survived when Morsy made another run on the left, but keeper Bwire made a brilliant save one on one to keep the score slim.

At the death, Muchiri should have grabbed a draw. The forward picked the ball at the edge of the box after he was shielded through by Joshua, but his shot flew inches wide.