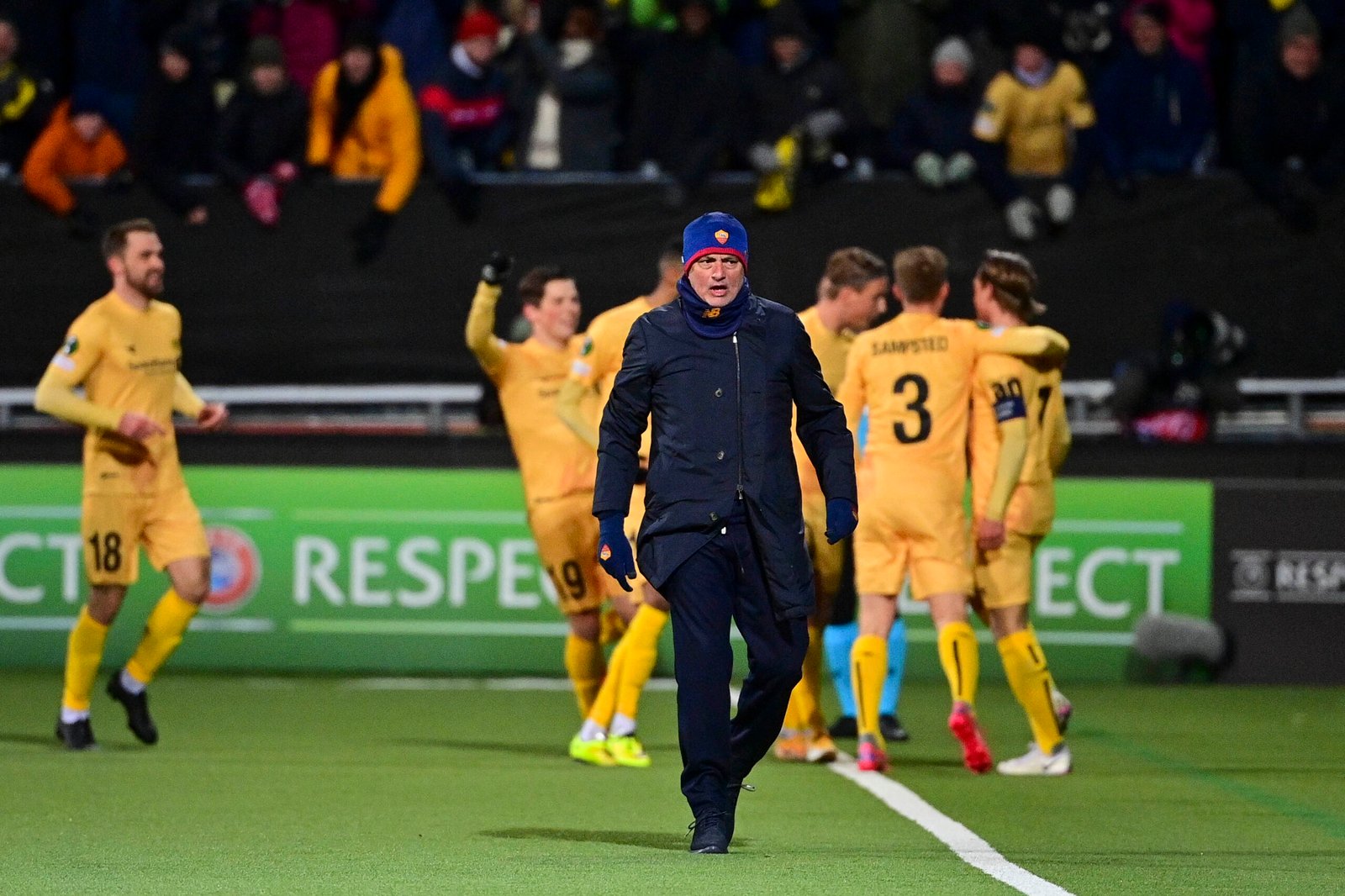 Roma boss Jose Mourinho said he would take the blame for Roma’s embarrassing 6-1 defeat to Bodo/Glimt in the Europa Conference League on Thursday night.

The humiliating result in Norway came as a largely second-string Roma side crumbled, although they still sit second in Group C after three games.

This was the first time in his 1,008-game coaching career that Mourinho has seen one of his teams concede six goals and what is more is that Roma headed into this match as favorites. 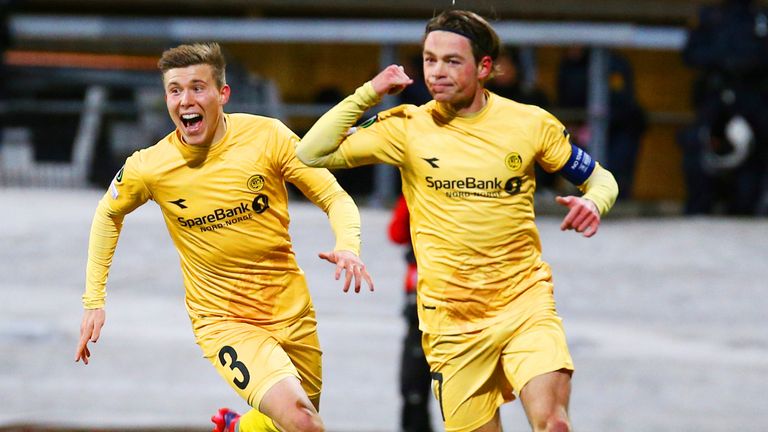 Speaking after the match, Mourinho said he expected more from his players, but told reporters they now knew why he usually selected the same group for games, rather than being a coach who rotates his squad.

On the night when his former team Tottenham also lost in the competition – losing 1-0 to Vittese, Mourinho was left to accept responsibility for his Serie A outfit’s embarrassing away trip.

“I decided to play with this team. The responsibility is mine,” he said. “Obviously I had done it with a good, double intention. On the one hand, giving an opportunity to people who work a lot and don’t play a lot. On the other hand, considering our squad and all the games we have to play, I let people who play practically always have a rest.

“Then, we lost against a team who have more qualities than us. It’s simple. The main Bodo team is better than ours who started the game.

“If I could always play with the same men, I would. I believe that doing so is a great risk, however. In a group-stage game, with six games and six points already acquired and two more games to play in Rome, I decided to make these changes.” 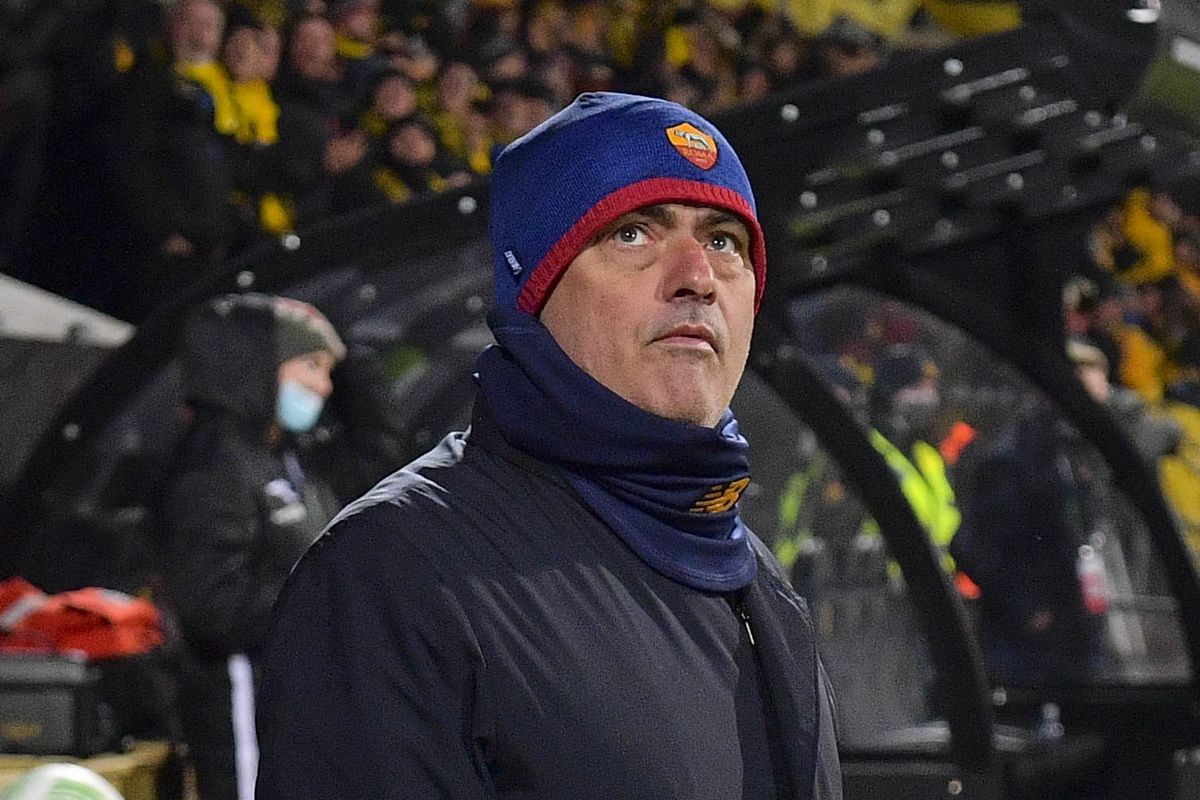 Roma boss Jose Mourinho was not a happy man on Thursday night after his side lost 6-1 to Norway side Bodo/Glimt in the Conference League. | PHOTO: Courtesy |

“I knew about the limitations of some of our players, it’s nothing new, but obviously I expected a better response. But as the decision is mine, so is the responsibility.”

Bodo/Glimt lead the way in the Norwegian Elitserien, and Mourinho saw his team go into half-time trailing 2-1, with a flurry of second-half goals showing the Portuguese the limitations of his fringe players.

Mourinho added: “I had never hidden it, I knew that the team had many limits. The good thing is that now at least none of you will ask me why I always play the same players.”

Mourinho, who is a two-time Champions League winner said Roma would face pace-setters Napoli in Serie A on Sunday “with the weight of a defeat that I would define as historic”.

Roma travels back to Rome in preparation for a tough Serie A fixture on Sunday when they host Serie A early leaders and unbeaten Napoli, who enjoyed a good Thursday night coming out victorious 3-0 against Legia Warszawa in the Europa League.