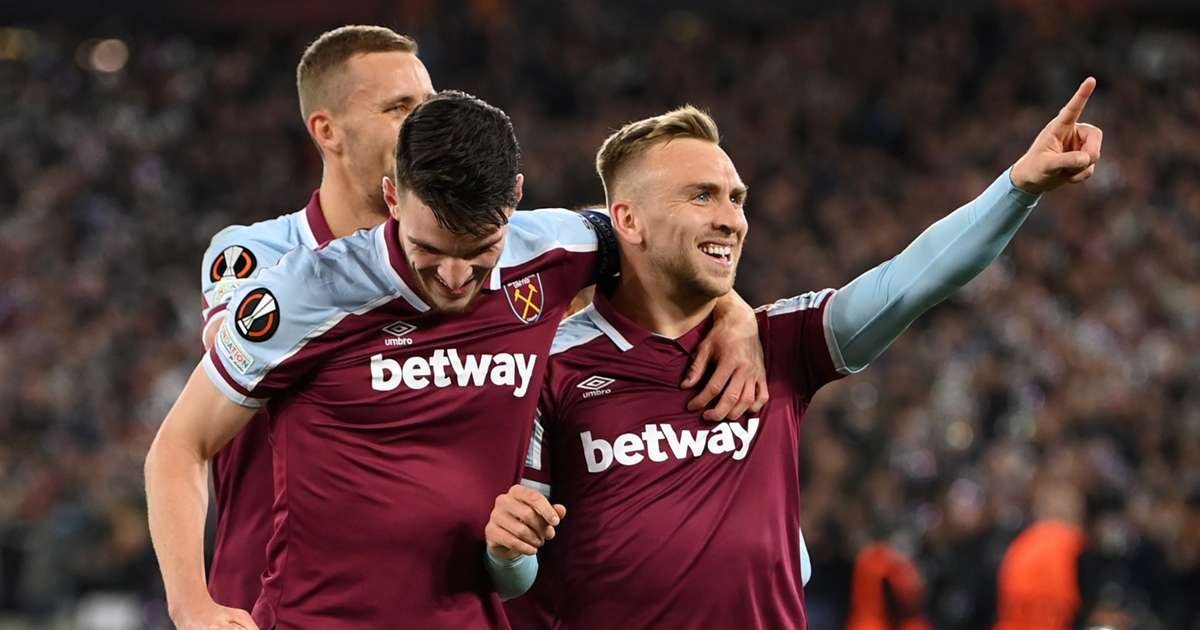 West Ham United are enjoying their Europa League season already as they made it three wins from as many matches with Thursday’s 3-0 defeat of Genk at home.

The Belgians traveled to London having lost four of their previous five matches across all competitions and West Ham piled on the misery to go six points clear at the top of Group H.

Genk looked focused during the early exchanges but West Ham grew into the occasion and went ahead on the stroke of half-time, Craig Dawson’s finding the net with a looping header.

West Ham put the game beyond Genk with a quickfire double just before the hour mark, Issa Diop and then Jarrod Bowen scoring 72 seconds apart to leave David Moyes’ men on the brink of qualification for the knockout phase. 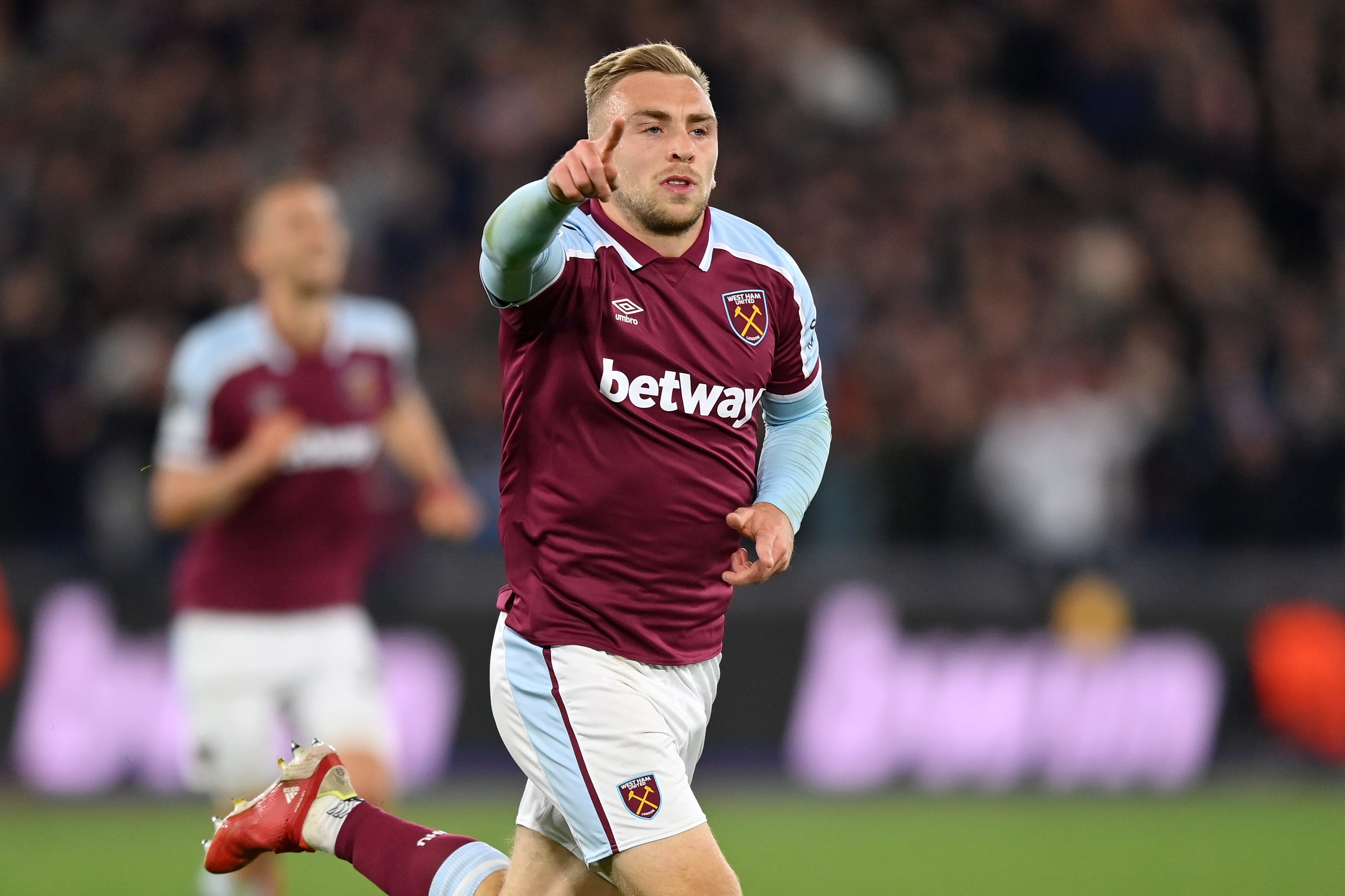 Jarrod Bowen celebrates after scoring the third for West Ham against Genk in the Europa League. | PHOTO: Courtesy |

West Ham briefly appeared to have fallen behind early on as Theo Bongonda’s diving header found the net, but the hosts were let off the hook as Junya Ito strayed offside in the build-up.

Maarten Vandevoordt was alert to prevent Jhon Lucumi from putting into his own goal from an Aaron Cresswell cross just before half-time, though the Hammers did get the breakthrough from the resulting corner.

Dawson beat two markers in the air to meet Cresswell’s delivery and Bryan Heynen could not prevent the header from finding the top-left corner.

Another Cresswell set-piece brought West Ham’s second goal, Diop seeing his header go in off the crossbar in the 57th minute.

Seconds later, the Premier League side wrapped up the win as Manuel Lanzini found Jarrod Bowen, the winger ran at the heart of the Genk defense and his shot eased past Vandevoordt.

Genk certainly had their moments in London, with Paul Onuachu threatening in the first half, Ito generally looking lively and that early disallowed goal, but West Ham were clinical and far more authoritative in the final third.

It will take something remarkable from here to deny West Ham top spot in Group H, even if only one of their next three Europa League games is at home. 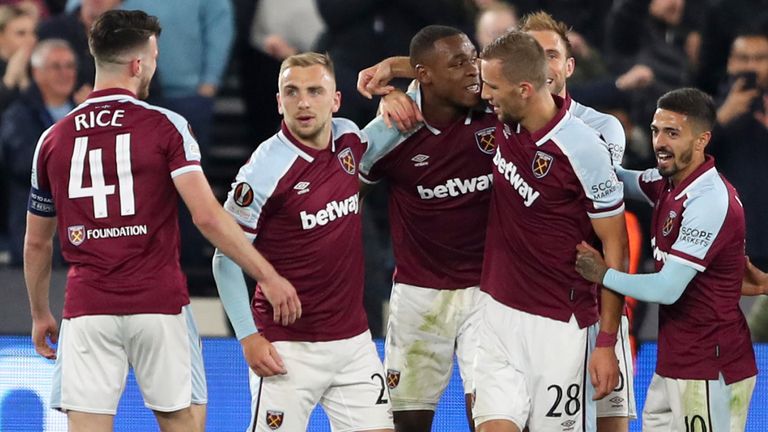 West Ham is almost definitely through to the knockout stages of the Europa League. | PHOTO: Courtesy |

They are making light work of a group that could have been problematic.

West Ham’s left-back Cresswell was really bright here. His deliveries were a regular source of danger and two of them led to goals. Of course, praise should be reserved for Diop and Dawson for making the most of those crosses, but Cresswell put them into the right areas and you cannot ask for much more than that.

To say he played the full game, had the third-most touches (84) of anyone on the pitch, Ben Johnson did not offer a huge amount. He did not manage to play any key passes, and it was not as if he worked tirelessly off the ball either, as he was only involved in four duels in his whole outing.

With the first round of matches now over in the group, the next round will be on November 4 and will begin with West Ham making a trip to Belgium for a reverse fixture against Genk in what will be a crucial match. Should West Ham win that match, they will have automatically qualify for the knockout stages. David Moyes’ men will however now shift their focus to Sunday when they host Tottenham in a London Derby tie in the Premier League.