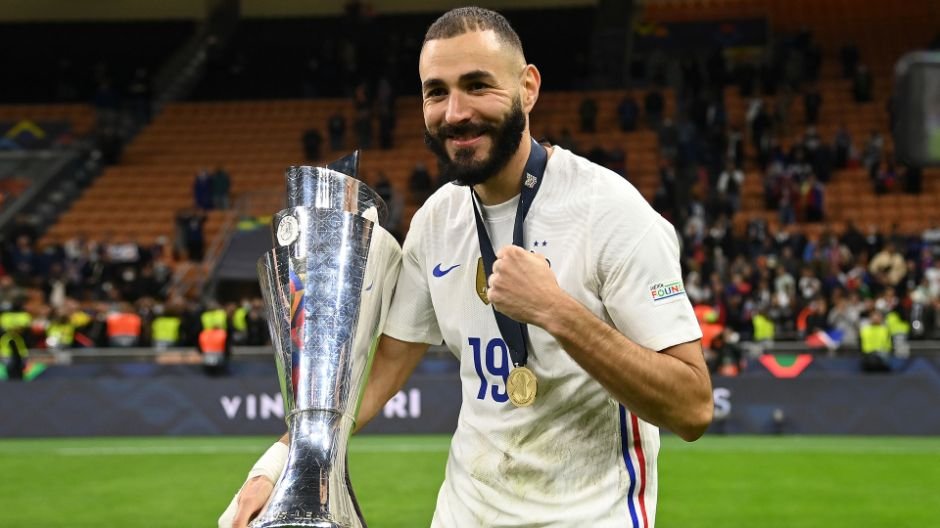 Benzema scored a staggering equaliser as world champions France came from behind to beat Spain 2-1 in Sunday’s final held in Milan.

After Mikel Oyarzabal broke the deadlock, Benzema struck moments later in sublime fashion to restore parity before Kylian Mbappe settled the contest 10 minutes from the end. 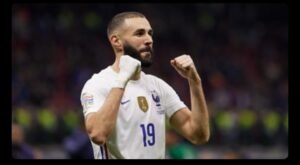 Benzema ended the Nations League Finals as the joint leading scorer alongside his teammate Kylian Mbappe and Spain’s Ferran Torres to cap a particularly pleasing campaign for the Real Madrid talisman, who had spent more than five years in international exile before returning ahead of Euro 2020.

“Karim is a crucial player, and he has proven over the course of these two matches that he has very obvious talent,” Deschamps told reporters.

“It’s there for all to see, he is really kicked on from what he has been showing at club level with Real Madrid, he’s got that desperate will to win. He’s here exactly to do that, and he’s communicated a great deal with his teammates, I am very happy for everyone, but especially for him.

“He needed that, he’s not going to play another four or five international competitions, at least I don’t think so. It’s not the most important trophy, but he did everything, and he was very significant for us when it came to coming here and winning the Nations League.

“It’s important of course to have come from behind and equalised. I am personally very happy for Karim, that’s why he is here. He scores a bucket-load of goals with his club and he does likewise for France, and besides the goals that he scores… he has that wonderful will to win, and you can see that come out.” 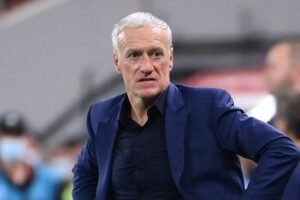 “I am delighted as for the future of course, it is very important, besides the talent that he or other players might possess, there also this mental strength he’s got this competitive edge which is absolutely crucial at the highest level.”

Deschamps’ France are now unbeaten in 25 competitive matches, only doing better once in their history between 1994 and 1999, thanks to exploits of Benzema and Mbappe at San Siro.

Mbappe finished the Nations League Finals with four goal involvements – more than any other player.

Deschamps, whose France were shocked by Switzerland in the last 16 at Euro 2020, added: “There are no regrets in football, that is part of the past, some people might agree or disagree, but there was a 10-minute window when we had a bit of a black-out [against Switzerland].

“And the scenario went against us here, we went behind by two goals [in the semi-final against Belgium], that can happen, but it was all about what we had done well before. But it was of course a bit of a sudden stop, and we did of course have ambitions to go further. But it’s not a case that you have to throw everything out of the window, throw the baby out with the bathwater, quite the opposite.

“Even if it is not the same personnel. We have some young players who have very few caps, like Theo Hernandez, or Aurelien Tchouameni this evening. We threw them in there. And the team’s level didn’t suffer, there will be a lot of effervescence in this side, there will be competition for places and for those that are in form as you know the best possible remedy is to win trophies and there was something up for grabs tonight and I am very happy for the entire squad that was here during the two games that we won here.”

Didier Deschamps side will be back to action next month as they host Kazakhstan in France on November 13.