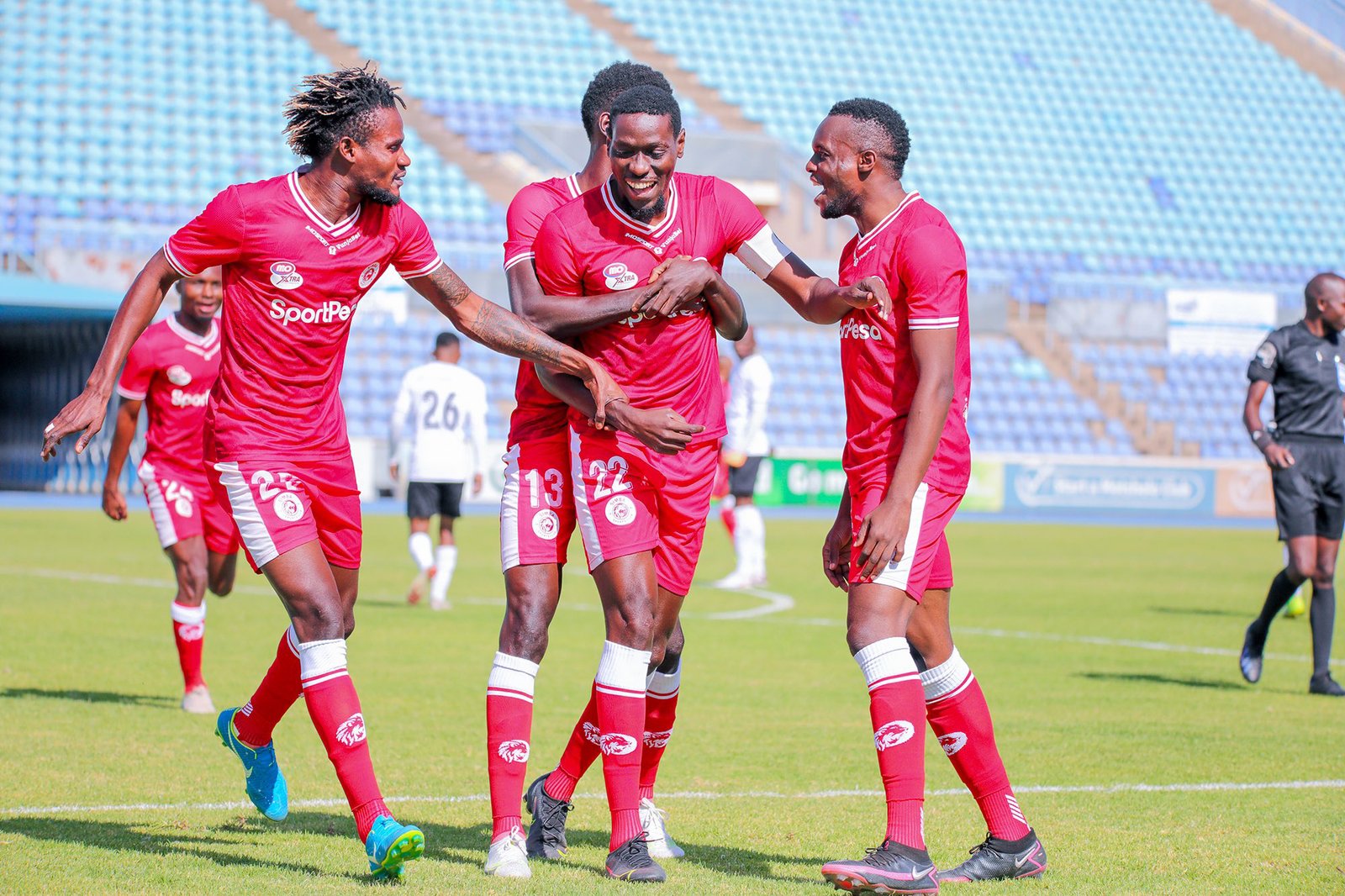 Tanzanian champions Simba SC put one foot into the group stages of the CAF Champions League after picking a crucial 2-0 away victory over Botswana’s Jwaneng Galaxy in Gaborone on Sunday.

The Wekundu Wa Msimbazi needed a good performance in the first six minutes of the second half to chalk in the victory and ease their burden as they travel for the return fixture in Dar es Salaam this weekend.

They will just need a draw to progress into the group phase of the competition.

Skipper John Raphael Bocco scored both goals for the Tanzanian side, all set piece products from Rally Bwalya.

Bocco opened the scoring in the third minute of the game with a side foot volley after the Galaxy defense failed to convincingly clear a corner from Bwalya.

Three minutes later, a short start to a freekick on the right ended with Bwalya delivering a cross into the box and once again the home side had trouble clearing.

Bocco picked up the ball inside the box and rifled it home to score the second. 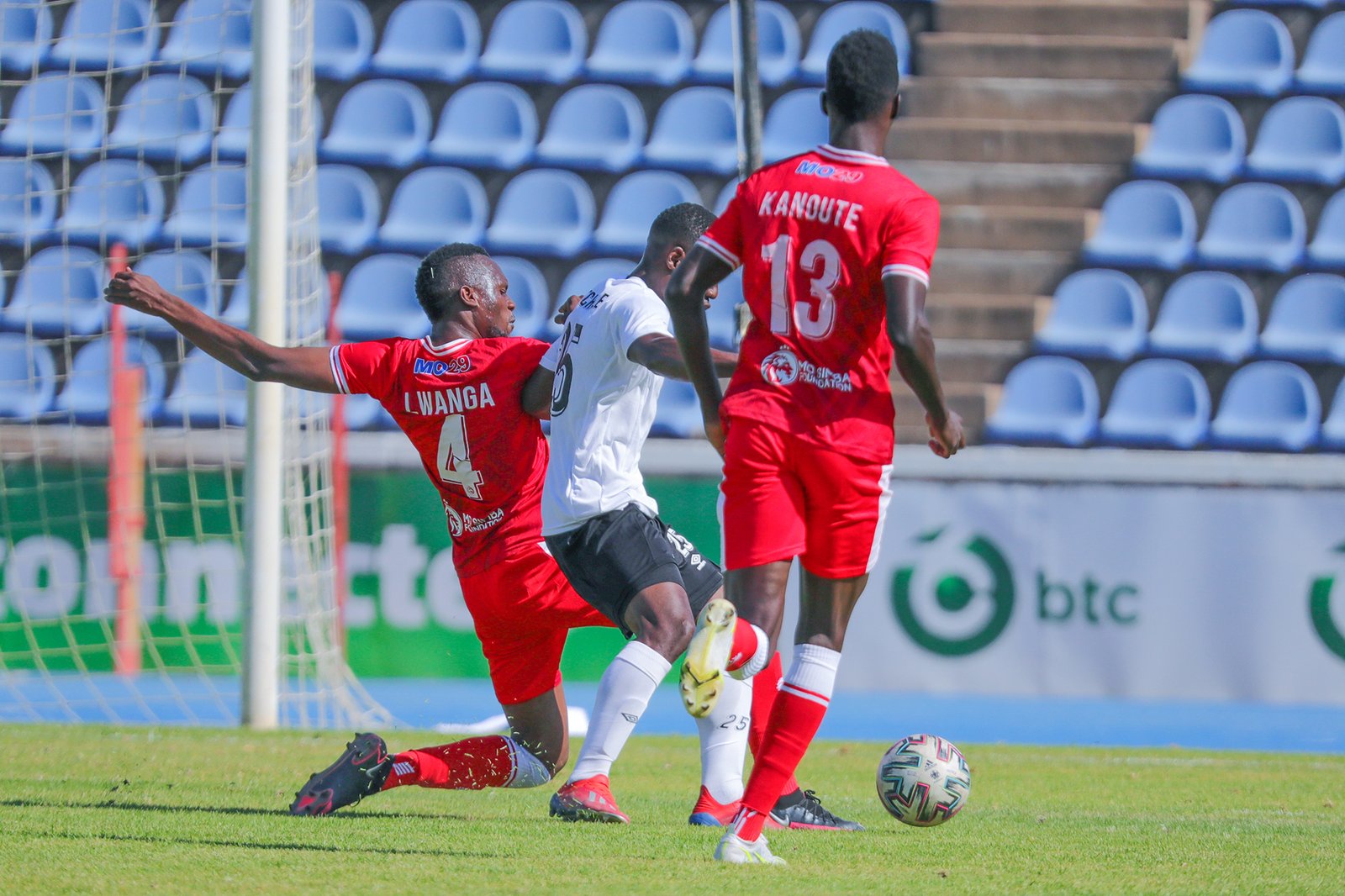 Galaxy tried to up their game in the second half, but couldn’t get back into contention.

Meanwhile in other matches, Mauritanian champions FCNouadhibou came from a goal down to stun Algerian counterparts ES Setif 3-1 at the Stade Olympique in Nouakchott.

The home side went to the break trailing by a goal, but came off the breather revitalised to score three unanswered goals and give themselves a massive chance to head into the group stages when they play the return leg in Algeria this weekend.

Setif went ahead inside the opening minutes of the game when Abderrahim Demghoum struck a brilliant bullet shot with the outside of his foot from 25 yards out.

After the break, the home side were a different outfit and settled the game within the first 15 minutes of the second half. Moulaye Ahmed Bessam equalized at the 54th minute, and three minutes later Cheikh Moulaye Ahmed made it 2-1 for the hosts.

Immediately after, it became 3-1 when Hemeya Tanjy scored the hosts third in style. Setif had to finish the game with ten men after Riad Benayad was shown the red card deep into injury time.

The home side had to come from behind twice to scrape a draw from the encounter.

Themba Zwane broke the deadlock for Sundowns after 9 minutes, but for Kitwa Kalowa to restore parity 10 minutes from the break as the first half ended 1-1.

Zwane thought he handed Sundowns an away win when he scored his second goal of the day after 84 minutes. But Tenda Mutuila scored a late equalizer for the hosts with just two minutes remaining on the clock.

In other fixtures, Angola’s Petro de Luanda scored six minutes into injury time to snatch an away 2-2 draw to Congo’s AS Otoho, Ghanaians Hearts of Oak beat two-time African champions Wydad Club Athletic 1-0 in Accra, while their opponents Raja recorded a vital away 2-0 victory away to Liberia’s LPRC Oilers.