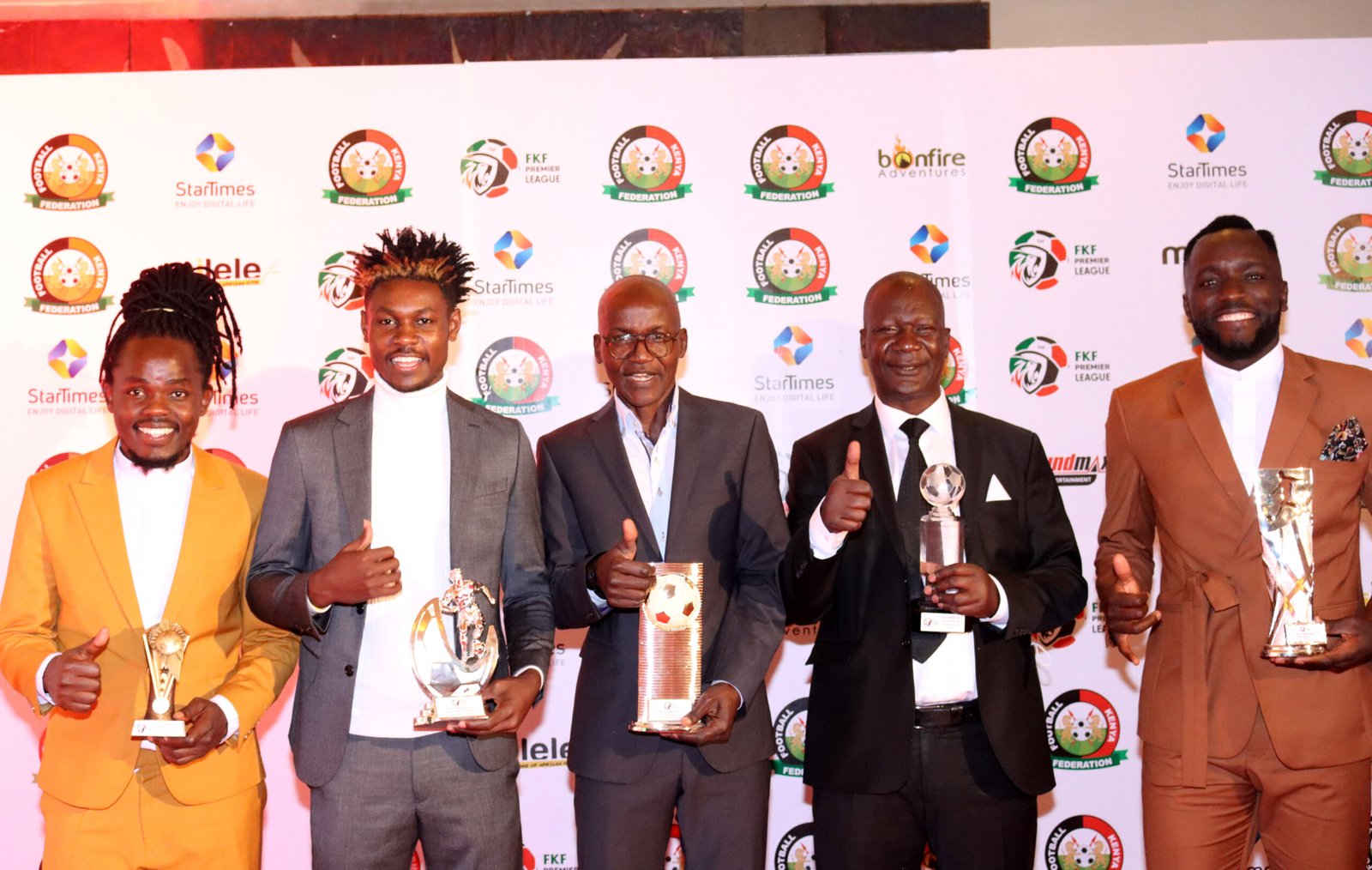 Football Kenya Federation Premier League champions Tusker FC were the big winners in the league’s awards gala held on Tuesday night, scooping four category titles. The brewers won coach of the year, defender of the year, young player of the year and digital team of the year awards.

Meanwhile, Kariobangi Sharks forward Eric Kapaito was the toast of the evening, clinching two individual awards, the Most Valuable Player (MVP) and the Golden Boot.

Kapaito became the first person in the history of the awards to clinch the MVP title twice, having also won the accolade in the 2017-2018 season.

This season, he was head and shoulders above everyone else, having netted 24 goals to clinch the golden boot and in the process landing the MVP award. 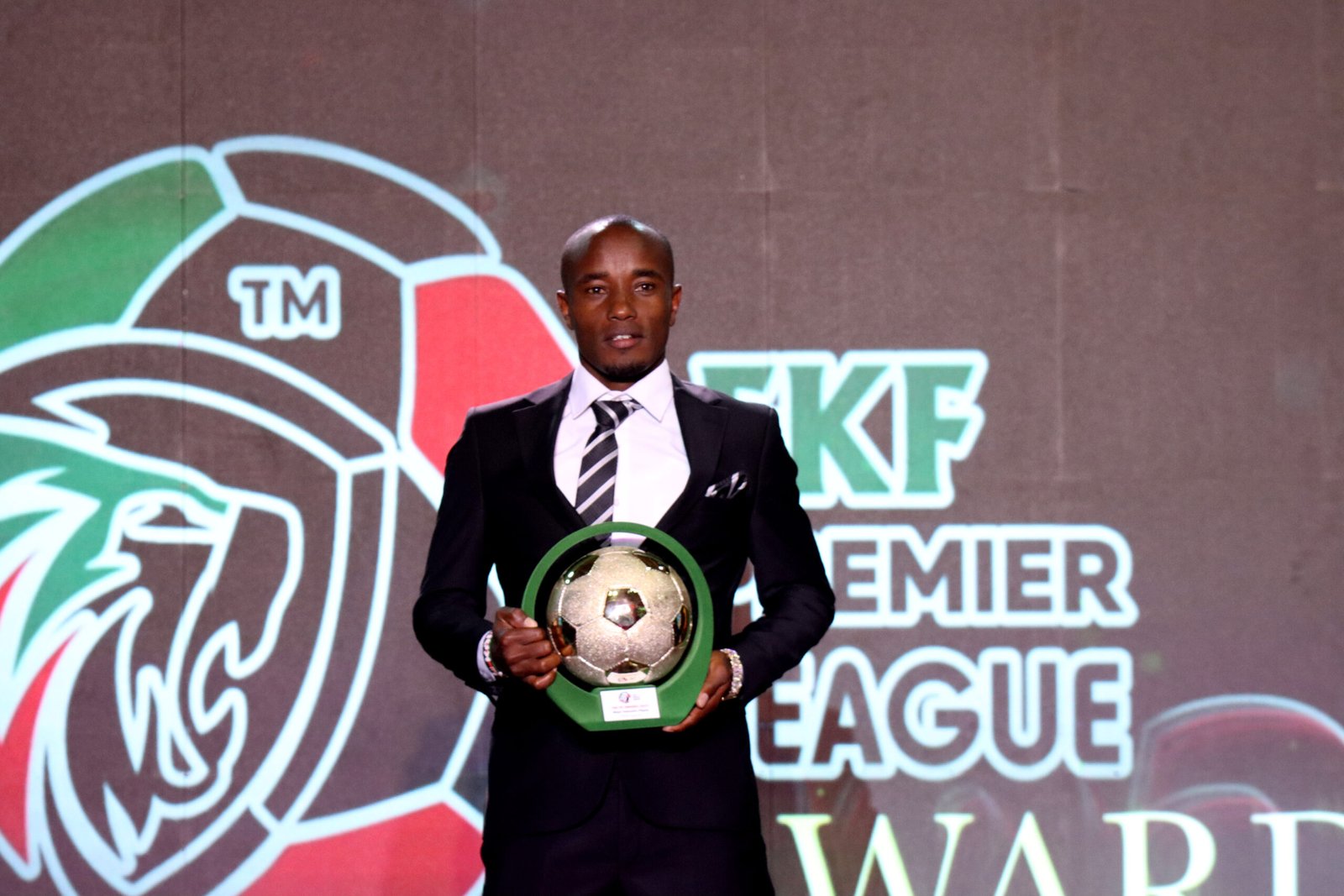 “I really feel delighted and honored to be on this stage to pick this award for a second time. I thank my teammates, coaches and the Sharks management for the support and I promise that I will continue working hard,” Kapaito stated.

The striker battled through injury last season and wasn’t on top of his form, but took up the challenge this term with a more improved performance, netting 24 times for his side with 10 assists to his name as well.

He walked home with a cool Sh1mn; Sh500,000 for each individual award.

Meanwhile, Tusker skipper Eugene Asike was named the defender of the year, having led a mean defense that conceded the second least number of goals in the league. 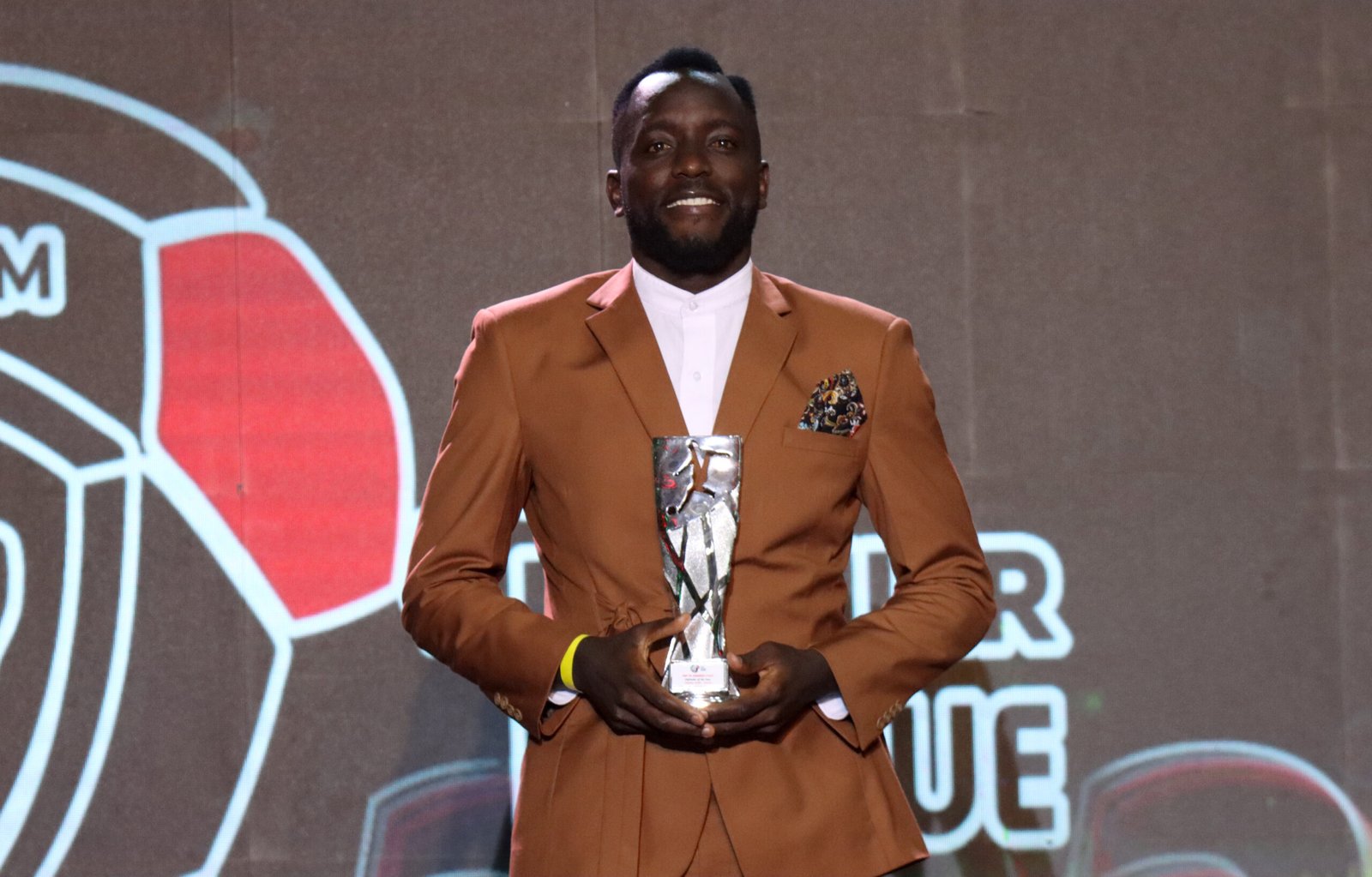 He played in 30 league matches, scoring two goals and helping the team through 10 clean sheets.

“It has been a tough season and I wouldn’t have made it without the support of my teammates and coaches. I am delighted to have won this and hopefully this is a motivation for the season to come,” Asike stated.

At the same time, Tusker coach Robert Matano won the coach of the year gong, his second, having also won the same accolade in 2009 with Sofapaka. 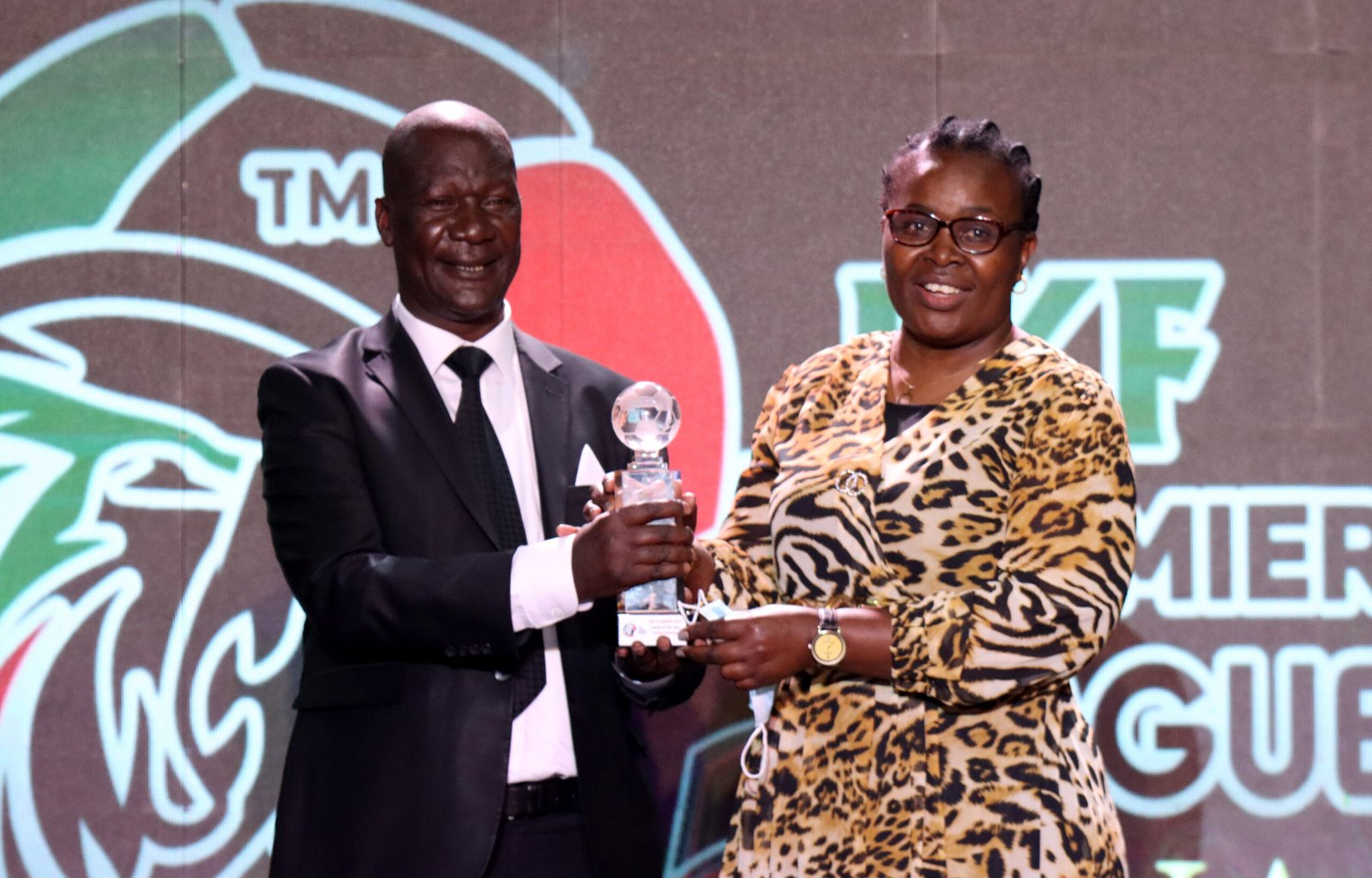 Robert Matano and his third wife

“I am a Lion, not a hyena,” Matano, nicknamed The Lion said as he collected his award, much to laughter from the crowd. “I really feel privileged to be here to win this award for the second time. I want to thank my wife for being there to support me, critic me and tell me when I am wrong. I dedicate this to her,” Matano who was accompanied by his third wife Carol Walusaga said.

He fend off competition from KCB’s Zedekiah Otieno who was second after leading the bankers to their best ever league finish while Bidco United’s Anthony Akhulia was third. 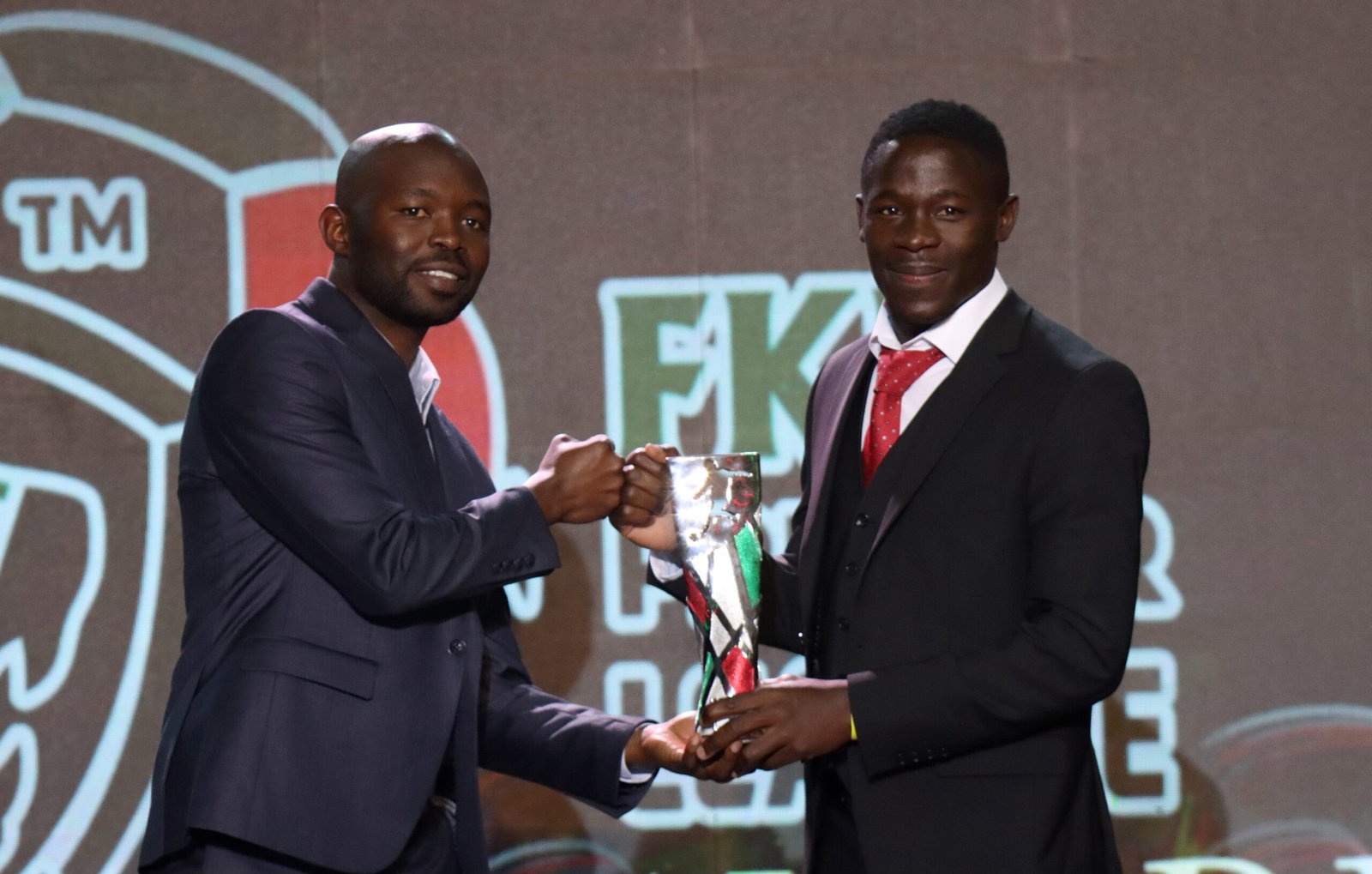 Juma netted 14 times for Batoto ba Mungu in his debut season for them, having joined from Gor Mahia.

“I am really pleased to be getting this recognition. It has been a tough season especially as a team but I want to dedicate this to them. We will pick the lessons and look to be better this coming season,” an emotional Juma said as he received his award.

Meja is set to leave Tusker and head to Sweden, having signed a five-year deal with top tier side AIK. 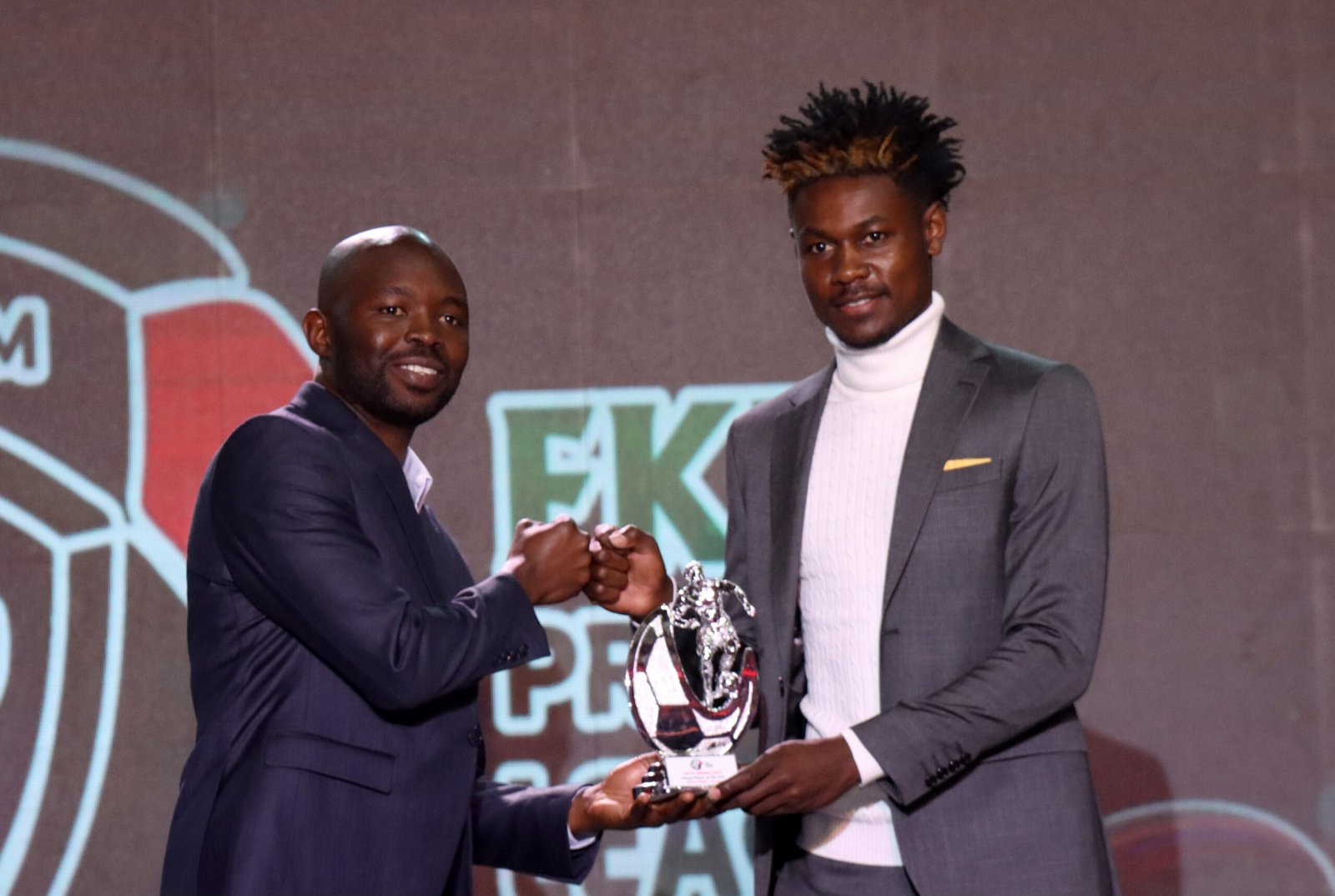 The brewers were named as the Digital team of the Year for their stellar work on their social media.

Defender of the Year

Midfielder of the Year

Team Manager of the Year

Referee of the year

Assistant referee of the year