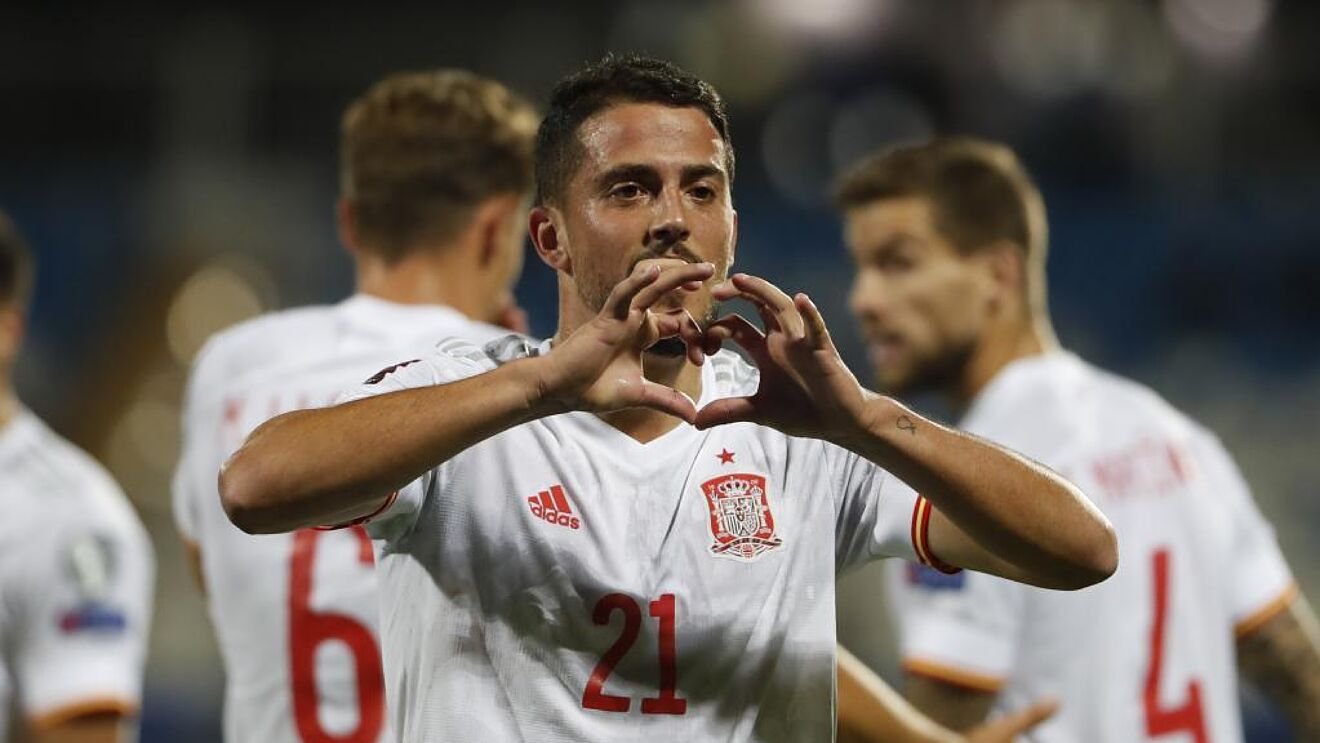 Spain reaffirmed their spot at the top of Group B with a narrow 2-0 win over Kosovo in Wednesday’s World Cup qualifying tie.

West Ham’s Pablo Fornals’ first international goal from a tight angle and Ferran Torres’ late strike proved the difference as Milot Rashica and Vedat Muriqi were made to rue missed chances for the hosts, Kosovo.

The visitors’ loss against Sweden was their first loss in World Cup qualifying since 1993 and ended a 66-match unbeaten run but successive wins against Georgia and Kosovo have got them back on track.

Luis Enrique’s side sits four points clear of Janne Andersson’s men, who were beaten 2-1 by Greece on Wednesday, although they have two games in hand.

After Koke’s deflected shot brought the first save from Arijanet Muric, Elbasan Rashani fired narrowly wide with a curling left-footed effort as the hosts dominated the opening stages.

Fornals who has had a good start of the season with West Ham and was rewarded by a call-up o the Spain team punished Kosovo for not making their dominance pay, the West Ham man blasting a left-footed strike past Muric after a smart turn following Alvaro Morata’s offload. 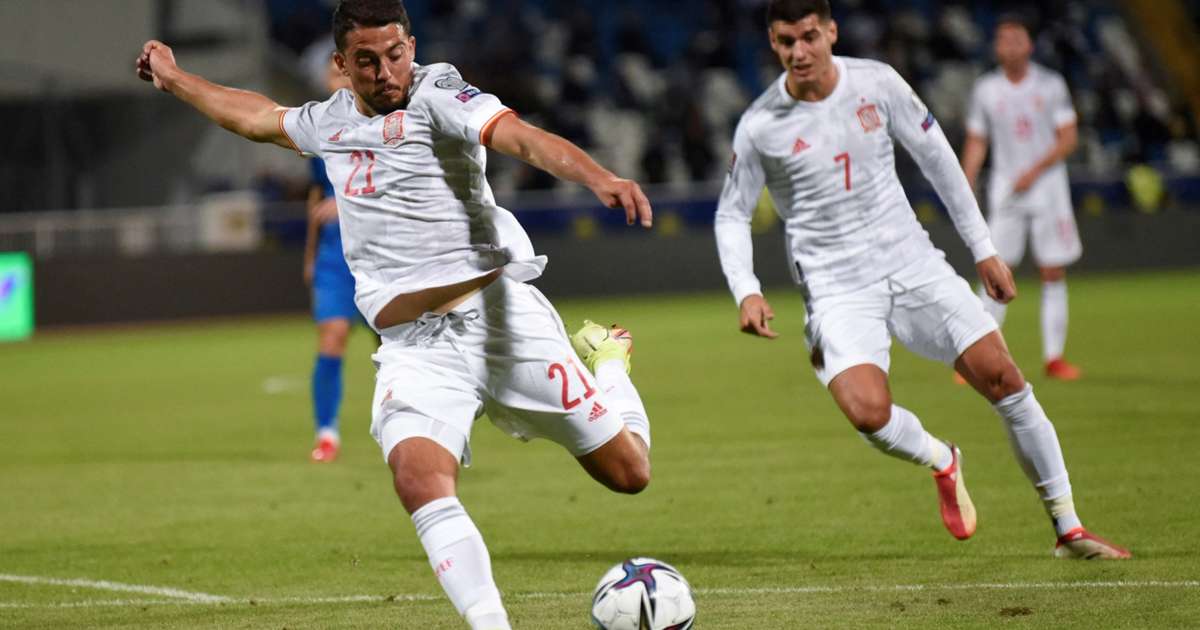 Morata almost doubled the lead with a long-range attempt before Carlos Soler’s speculative free-kick forced the Kosovo goalkeeper to parry away.

Rashica offered Spain first-half warnings running in behind but they did not learn their lesson, Muriqi racing through one-on-one with Unai Simon after the break before dragging into the side-netting.

Torres then attempted a cute free-kick, arrowing under the wall but the wrong side of the left-hand post before Simon produced a low reflex save against Zymer Bytyqi as Spain clung onto their lead.

Torres added a late finish of his own, racing through and finding the bottom-left corner, with the goal standing after VAR reversed an initial offside decision. 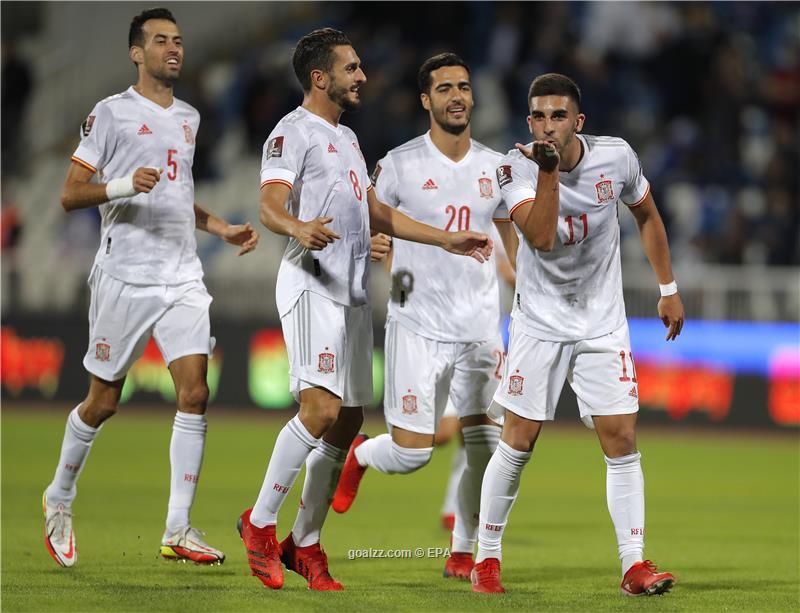 Luis Enrique’s men had won only one of their previous nine away fixtures, including friendlies, in all competitions but Wednesday’s performance ended that poor run of form on the road.

Spain have cruised past Kosovo and Georgia by an aggregate score of 6-0 and now holds a four-point advantage over second-place Sweden, who now have Greece just three points behind them.

Kosovo, in contrast, responded well to a timid start in World Cup qualifying but failed to extend their unbeaten run to three games, leaving them in fourth with four points.

Despite being withdrawn in the 58th minute, Soler stood out as one of the visitors’ key performers.

Against Georgia, he became only the second player since 2006 to score in their two opening games for Spain and he followed up in a similar fashion, recording a game-high five key passes.

The Valencia midfielder also misplaced just three of his 43 passes, while also winning a team-high three fouls alongside Sergio Busquets.

Muriqi wasted Kosovo’s best chance as he slammed wide when set free one-on-one with Simon and after scoring in back-to-back games he will have been frustrated not to make it three consecutive matches.

The attacker also misplaced half of his 18 passes, losing possession 17 times as he completed just 27.3 percent of his 11 opposition-half passes.

With the international break now over, both teams will be back in action after a month’s time when Spain faces Italy in the Nations League semi-final in October before traveling to Greece for their next qualifier the following month. Kosovo make the trip to Sweden on October 9.