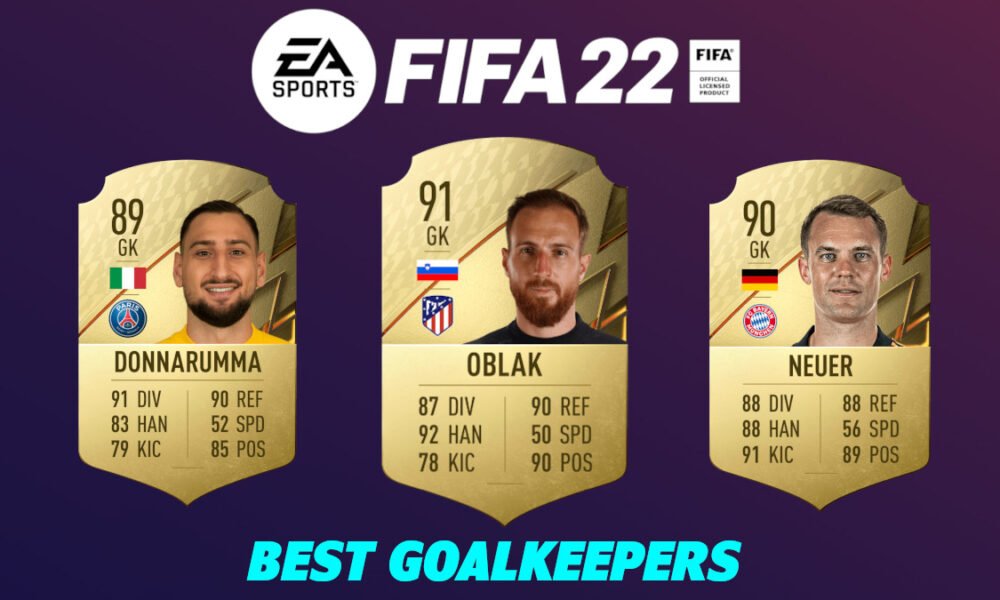 With only one day left before the game series is made available to the general public – FIFA 22, the 29th edition of the globally-acclaimed football game produced by EA Sports has highly rated some of these goalkeepers who also happen to be the best shot-stoppers so far in football.

As ever the game will release across consoles such as Play Station, Xbox, Google Stadia and PCs.

This new edition has been developed and improved hence instilling curiosity and anticipation among the gaming community. FIFA also released the ratings for the top players which has also added to the excitement.

Among the top-rated players in the game, goalkeepers have also prominently featured showing their importance in the game.

How has the FIFA rated goalkeepers in this edition of the game series?

For the third year now Jan Oblak has been highly rated in the game series.

Oblak has been an impregnable presence for Atletico Madrid. The Slovenian has kept a stunning 125 clean sheets in 236 league games for Los Rojiblancos, with a whopping 80.2% shot-saving percentage.

Oblak is rated 91 in FIFA 22 and leads the goalkeeping charts for shooting and dribbling (along with Ter Stegen, Donnarumma and Lloris). He is the joint second-highest rated goalkeeper in physicality along with Alisson.

Manuel Neuer is one the best goal keepers in the world football.

The talismanic sweeper-keeper has been a cornerstone of Bayern Munich’s success, winning 26 trophies at the club. This includes nine consecutive Bundesliga titles and two Champions League crowns.

Therefore, despite a slight dip in his consistency and fitness, Neuer is still among the top goalkeepers in FIFA 22.

His rating of 90 is an increase from 89 last year, which sees him rise from the fourth spot in FIFA 21 to second this time.

Marc-Andre ter Stegen has been rated similar to last years rating with 90. But, his ranking among the top keepers in the game has dropped one spot, from second last year to third in FIFA 22. 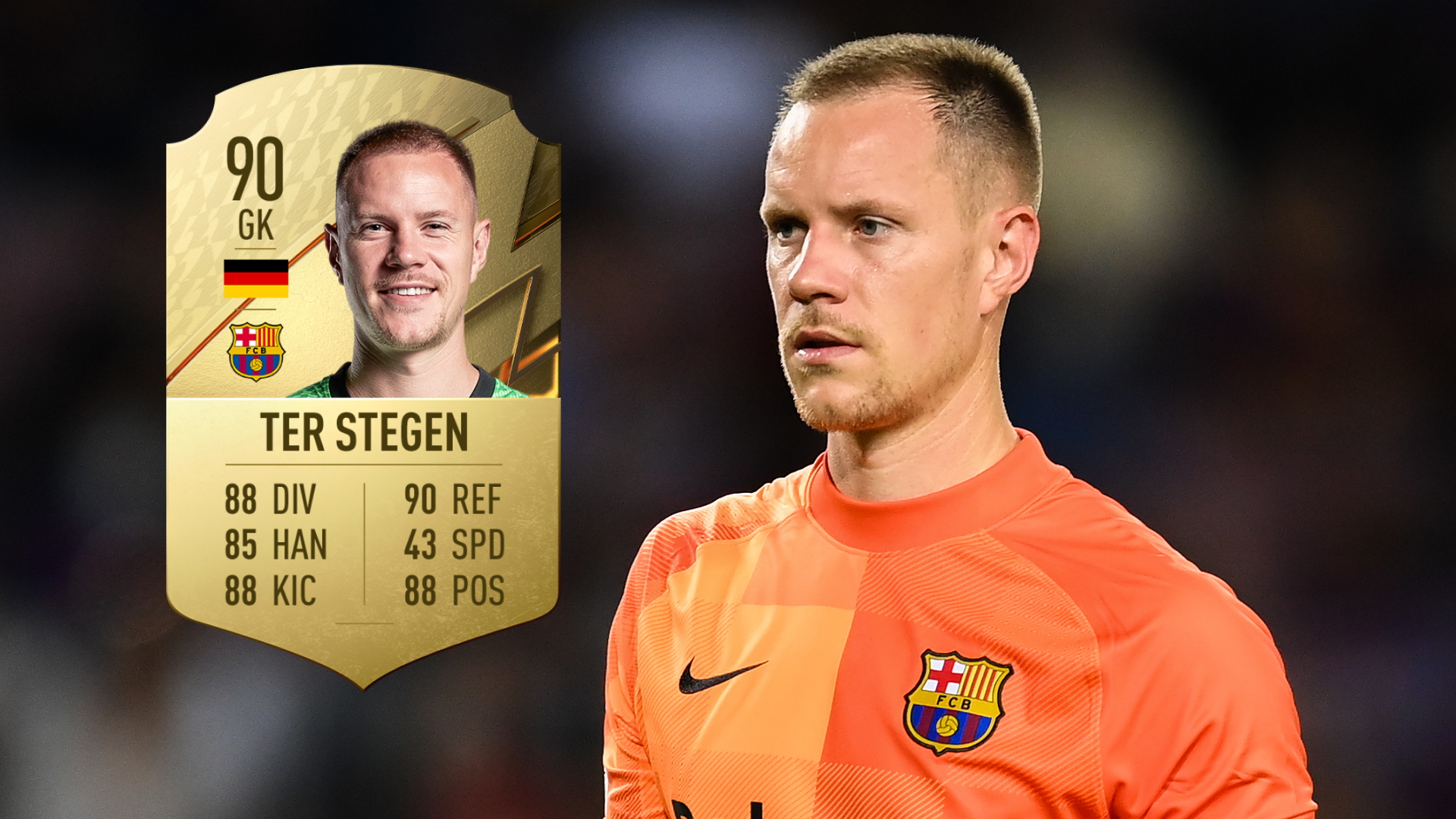 Marc-Andre ter Stegen has been rated similar to last years rating with 90; photo/courtesy

The German has been a dependable presence between the sticks for the Blaugrana, despite their evident drop in quality.

He joined Barcelona in 2014 but started slowly as the understudy to Claudio Bravo. He came into his own after getting the first-choice spot for the Catalan club in the 2016-17 season.

The shot-stopper has featured close to 300 times in all competitions, keeping 118 clean sheets and winning 13 trophies. It includes a treble in his first season with the club.

The Italian led his boyhood club AC Milan to Champions League football for the first time since 2014. He went one better by lifting the European Championship with Italy and won the “Player of the Tournament” award.

Donnarumma’s heroics saw his rating shoot up from 85 last year to 89 in FIFA 22 catapulting him from 13th spot in the previous edition to fourth this time around.

His pace rating of 91 is the highest among goalkeepers in this list and so is his dribbling rating of 90. Despite being only 22, the prodigal Italian has already made more than 250 appearances at club level and 36 for Italy. He is also the youngest keeper on this list.

Alisson has been an influential force in Liverpool’s recent success.

The Brazilian has won everything with the Merseyside club and also lifted the Copa America with Brazil in 2019.

The second-most expensive goalkeeper of all time has kept 48 clean sheets in 106 Premier League games. But, he didn’t have a characteristic season last time out, which probably led to his rating dropping from 90 to 89 in FIFA 22. Nonetheless, Alisson still remains the highest-rated goalkeeper in the Premier League in the game.

Thibaut Courtois has transformed himself into one of the best goalkeepers in Europe.

His FIFA 22 rating of 89 is the same as last year. But, he has dropped a spot from being the fifth-best goalkeeper in the previous edition.

Courtois has represented three of the biggest clubs in Europe, in Chelsea and the two Madrid clubs with distinction. He has won league titles with all three clubs, among a total of 11 trophies.

He has also represented the Belgian national team 91 times. Courtois is the tallest goalkeeper on this list but has the second-worst defensive rating of 46.

The Manchester City goalkeeper has been phenomenal since coming to the Premier League. 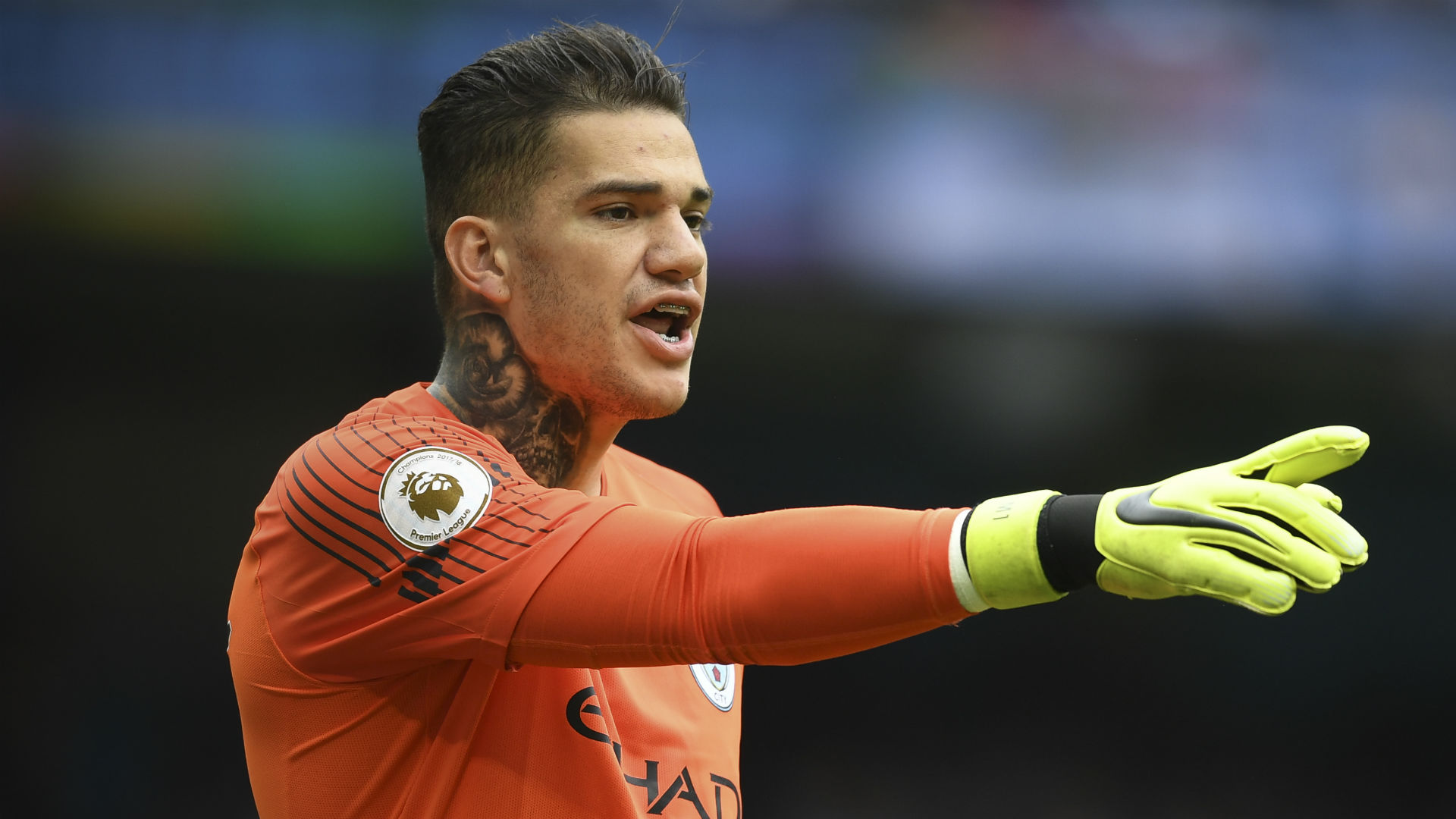 The Brazilian has already won 10 trophies with City since signing in 2017. Ederson has kept a stunning 76 clean sheets in 151 Premier League games.

But, Ederson’s brilliance also extends to his ball-playing ability. It is evident from his passing rating of 93, comfortably the highest among goalkeepers in the game. His overall FIFA 22 rating of 89 is an upgrade on the 88 he received last time out.

He is also the third-highest rated among goalkeepers for physicality, with a rating of 88.

Kaylor Navas has represented two of Europe’s biggest clubs in Real Madrid and Paris Saint-Germain where he is currently.

He has also tasted success at both clubs, having won a cumulative 17 trophies.

Navas has for long been among the best goalkeepers in the world. His FIFA 22 rating of 88 reflects exactly that. Navas’ rating has increased by 1 point from 87 last season. He also has the second-highest pace rating of 89 (behind teammate Gianluigi Donnarumma) among the top 10 goalkeepers.

Wojciech Szczesny is the highest-rated Serie A goalkeeper in FIFA 22. The Polish shot-stopper has been an important part of Juventus since signing for the Turin club.

He has made more than 140 appearances and won seven trophies, including three Serie A titles and two Coppas Italias.

Szczesny has also won the Serie A Goalkeeper of the Year in 2019-20 and the Premier League Golden Glove with Arsenal in 2013-14.

The Tottenham Hotspur captain has been rated 87 in FIFA 22.

He has the same rating as the previous edition and was the 10th best goalkeeper in the game last time as well.

Hugo Lloris is among the best goalkeepers in the Premier League. He has kept 107 clean sheets in 304 Premier League games. The former Lyon man has also been an important part of the France setup.

He is their captain, the second-highest capped player (132 appearances) and also led Les Bleus to a historic World Cup win in 2018.