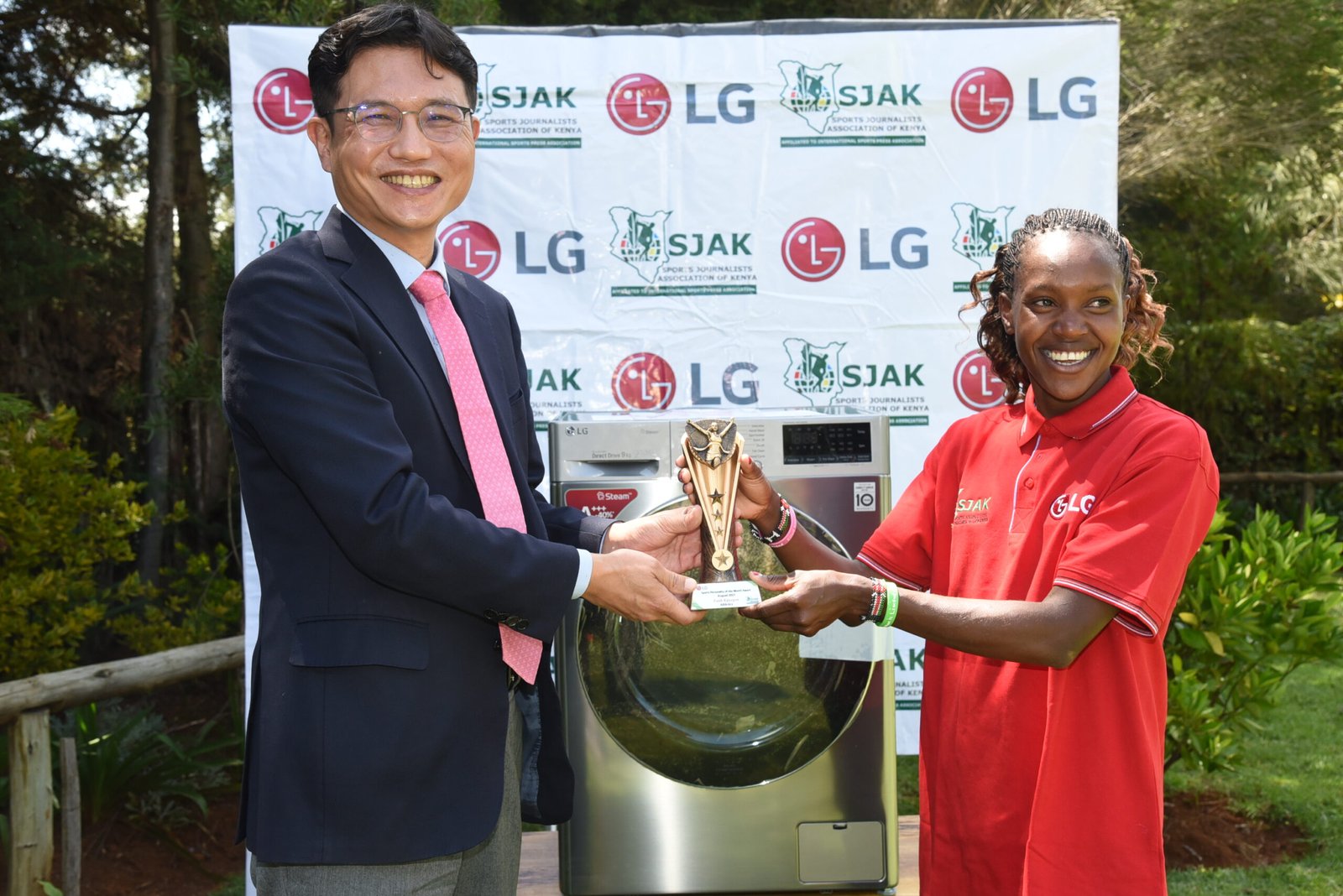 The Sports Journalists Association of Kenya (SJAK) and partners LG have awarded Olympic champion Faith Kipyegon as the sports personality of the month of August following her exemplary performance at the Tokyo Games.

Kipyegon successfully defended her Olympic Gold medal in the 1500m in Tokyo with a scintillating run, outwitting Netherlands’ Sifan Hassan who had been touted to clinch an unprecedented Olympic triple.

As a reward of winning the LG-sponsored SJAK monthly award, Kipyegon went home with a state-of-the-art LG Artificial Intelligence washing machine worth Sh92,000 and a glittering trophy engraved with her name.

Kipyegon, who was awarded by the LG Electronics Managing Director, Sa Nyoung Kim at her Global Sports Communication Training Camp in Kaptagat said the award will motivate her to more success ahead of next season.

“I am so surprised about this award. It has never happened before. Being the off season, Coach Patrick Sang called me and said that there is an urgent meeting. Little did I know I was to receive this award. It is an inspiration for me and my teammates at the camp,” Kipyegon said. 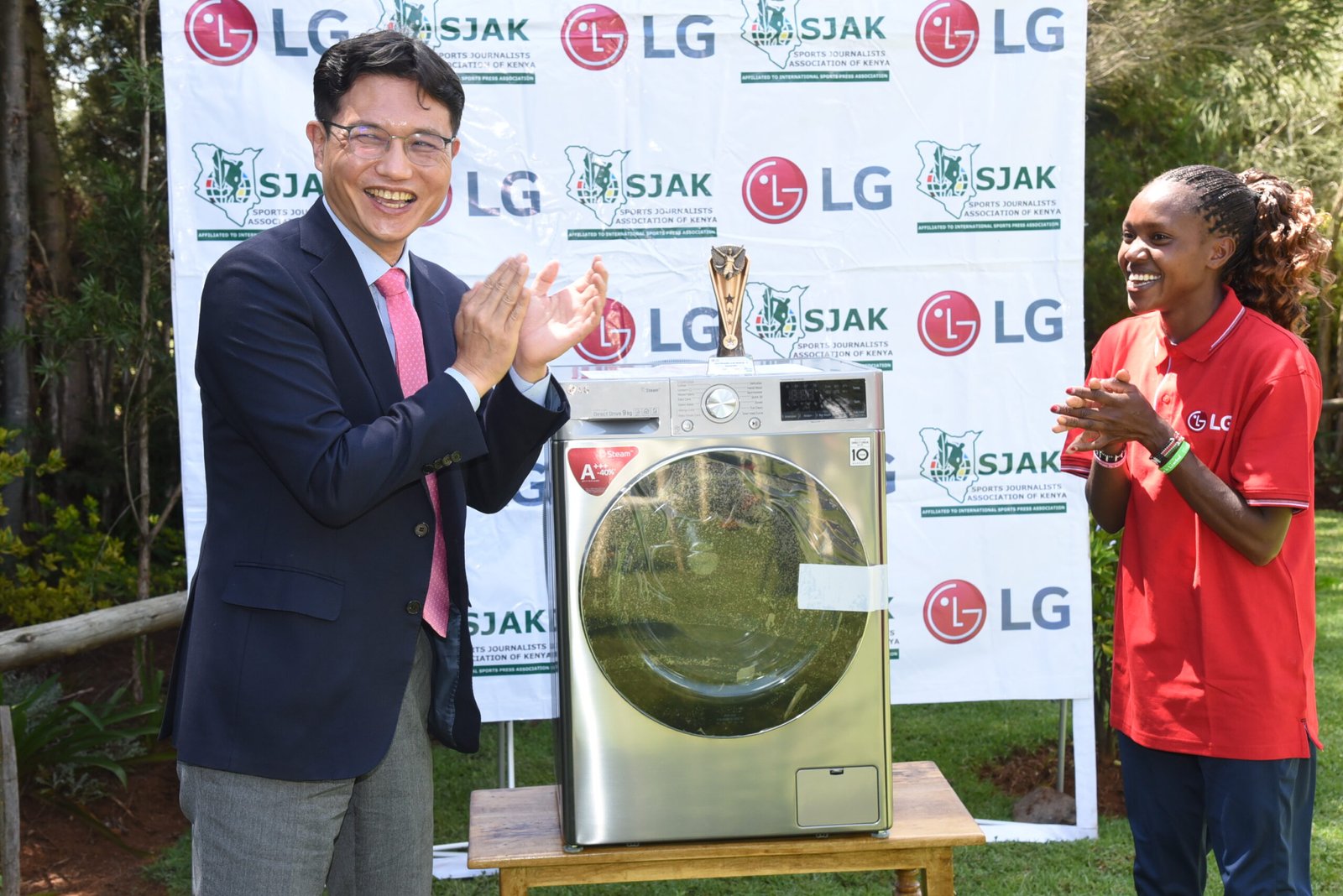 The LG Managing Director appreciated the partnership, saying that the electronic firm is committed to developing sports in the country.

“I am humbled to be at such a humble camp which has so many championships. LG and SJAK will continue working together to support and motivate sports personalities achieve their dreams,” LG boss Sa Nyoung Kim said. 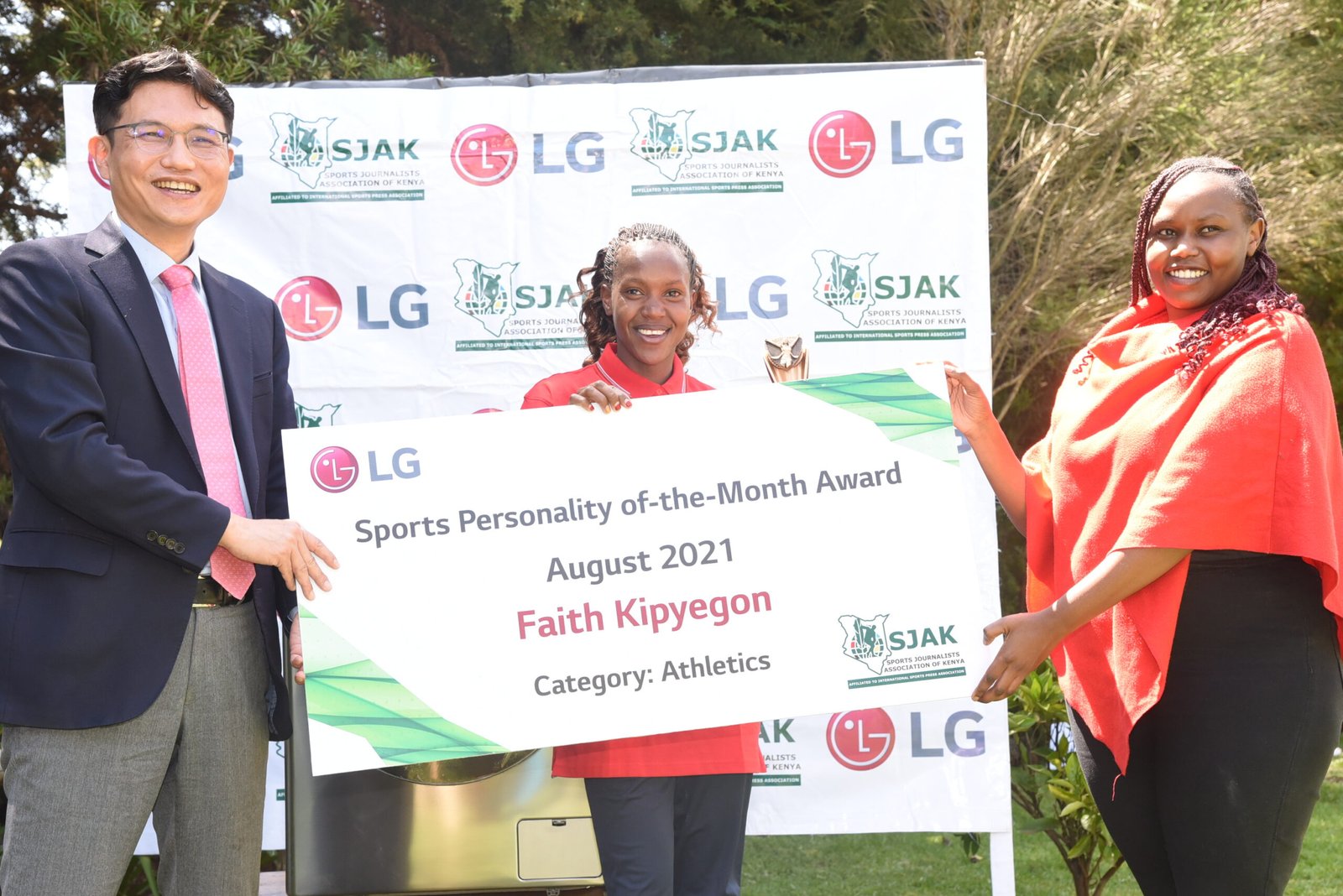