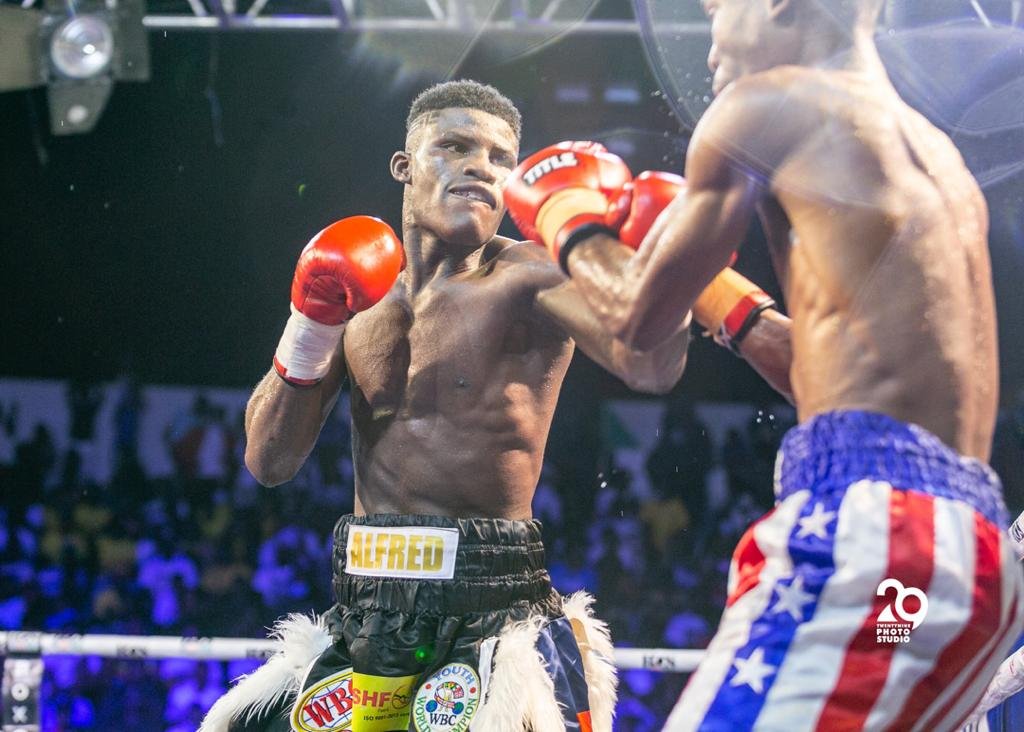 After a modest nine professional wins, WBO Youth and WBC Youth silver champion Alfred Lamptey, is a history maker and has given the loudest possible indication of the possible shining future in the sport of boxing.

The enterprising skillful pugilist won every round, putting Kayumba to the canvas in the second round and incessantly thumped the Tanzanian throughout the bout until the referee Roger Barnor stopped proceedings in R10. 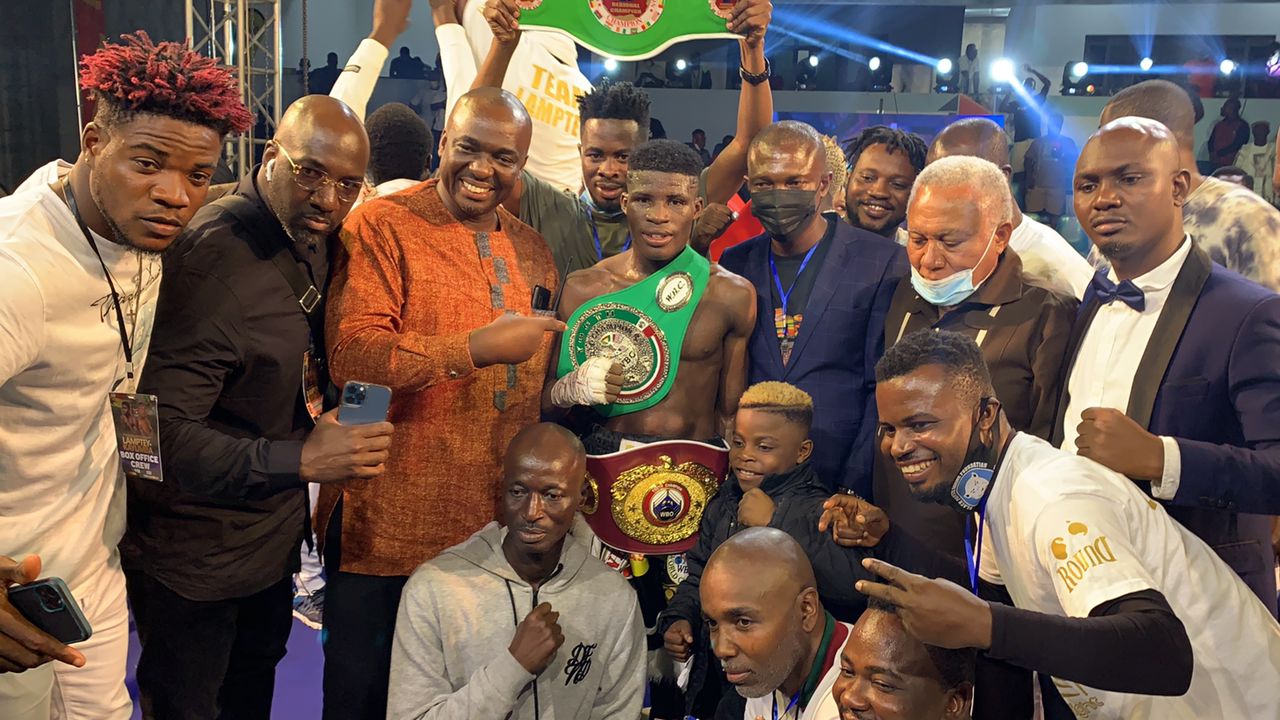 The almost full Bukom Arena had the majority of the fans backing Lamptey, who assumed early control and connected some hooks to the head and body to daze Kayumba and raise the hopes of the fans for an early wrap up – but that was not the case.

The lanky Tanzanian composed himself and braved through by throwing a few shots and clinching.

The second was to see more drama and signals of a possible early end but once again the knockout cravers were disappointed.

With the first round experience at hand, Kayumba switched onto a more defensive mode and managed and established a distance in the bid to steer clear of Lamptey’s jab.

But the Ghanaian had fired this out and managed to send Kayumba down with a left upper cut. He was able to stend to his feet and beat Referee Roger Barnor’s count.

Lamptey chased him around and landed and few more but the Dar-es Salam based boxer raise his guard as he attempted to take the fight to the more aggressive Ghanaian.

In the third, Lamptey was more clinical with his punching and kept an active left penetrating the guard of Kayumba. The latter showed flashes of being a tough customer  after replying swiftly to land on Lampteys unguarded face. The 19 year old Ghanaian after receiving the surprise replies recpvered and kept pursuing Kayumba round the ring.

The sequence of the fourth almost matched the previous one but some stand out moments where Lamptey aimed at Kayumba’s body consistently. After getting a few through from both his left and right, the Ghanaian had difficulty as his opponent had locked up with his guard.

Once again Kayumba impressed with his stamina and ability to avoid punishment.

He gave further proof of his ring durability in the fifth after soaking in a chain of jabs that had appeared to have dazed him. This drove spontaneous cheers from the partisan crowd at the Bukom Arena but once again the Tanzanian stood strong to and unleashed a strong right that caught the Ghanaian unawares. 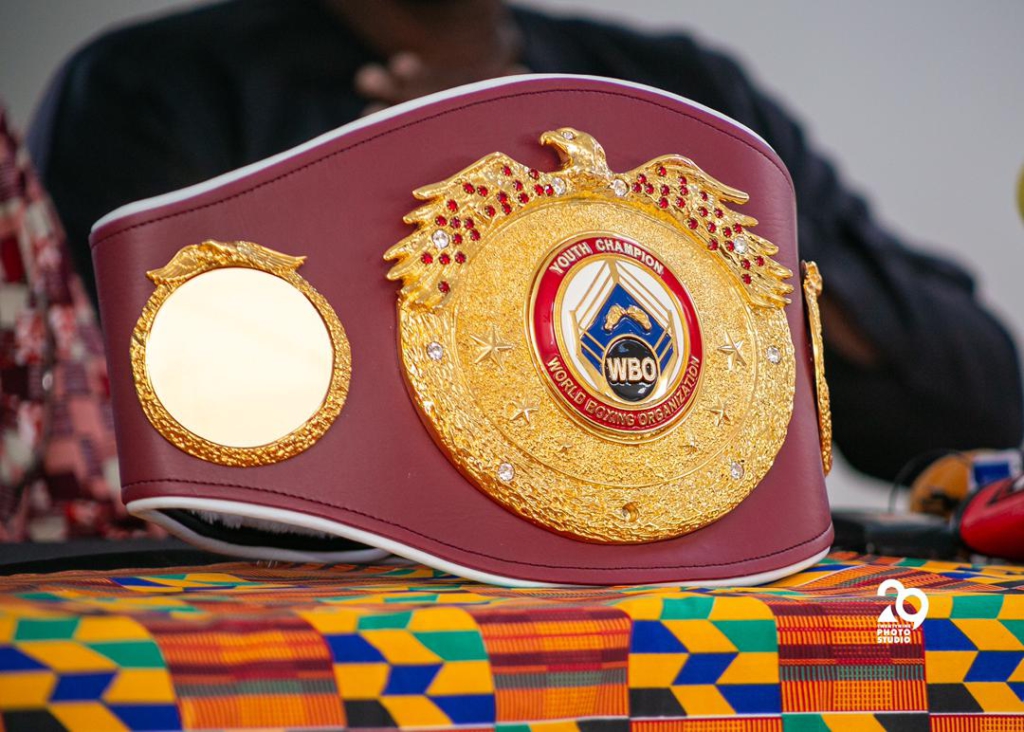 The 19-year-old Ghanaian at this point had established some control and stalked his opponent round the ring and to find openings to exploit. He kept the momentum between the sixth and seventh.

By round eight Lamptey, aware of the big prize awaiting him, stepped up his pace while his opponent kept alert to slide in quick one or two punch combinations.

The punch productivity of the Ghanaian increased with his intention of getting a knock down glaring. But Kayumba, a southpaw, was resolute and would step away at the landing of more than one clean punch on him in the ninth. 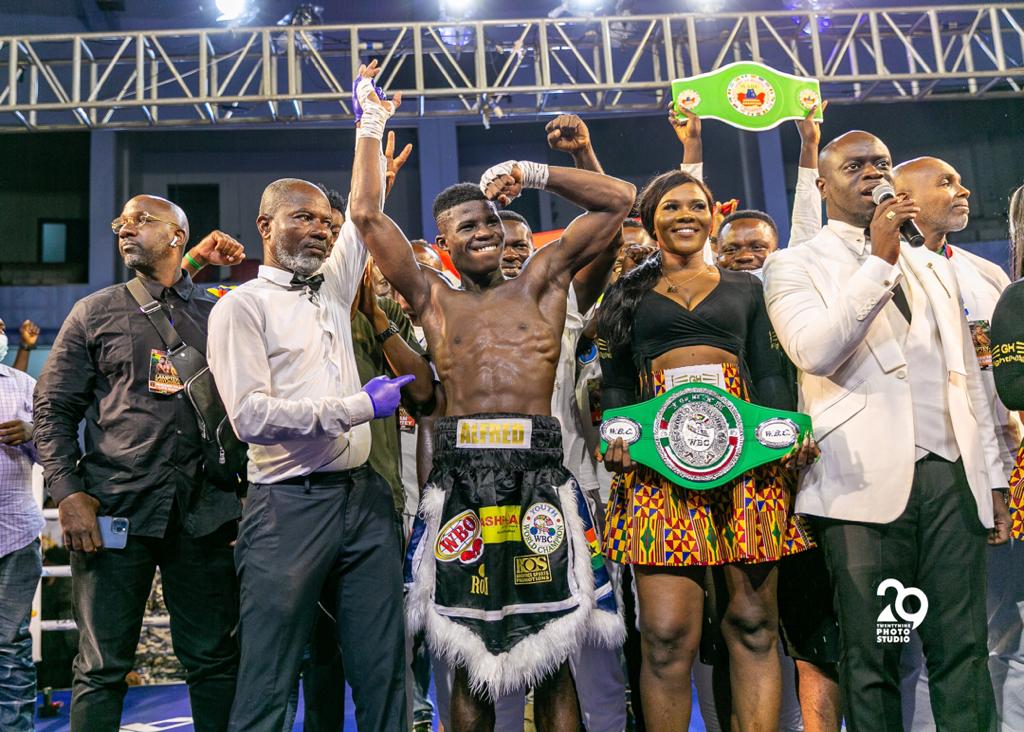 Lamptey’s output paid off immediately when the bell sounded for the 10th. The Accra based boxer switched into full attack mode and followed up with a mixture of stinging jabs and crosses through and around Kayumba’s guard.

At this point the latter was unable to reply like he did in previous rounds and looked vulnerable. Lamptey kept the pressure and kept punching, leaving the decorated Referee Roger Barnor with no option but to jump in to save Kayumba from further punishment.

Promoter for the night, Alex Ntimoah of Box Office Promotions was impressed with the boxer’s performance and wanted to give him more opportunities.

“Lamptey put up a solid performance and shows great promise for the future. He wants to have a Ghanaian title as part of his reumee so we will have that in December after which we will turn our attention to the bigger ones,” he told local media outlet.

There are strong indications that Lamptey may face the WBC s other Youth Super featherweight titlist Lalrinsanga Tlau of India in March next year.