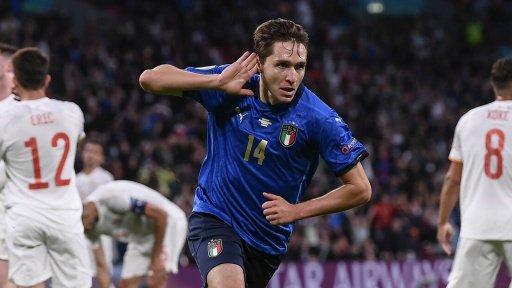 Federico Chiesa has been consistently in form positively inspiring on and off the pitch, displaying all qualities and signs of emerging the italy’s great in time.

September 2, Italy and Bulgaria went head-to-head in what culminated as a drab 1-1 draw.

After a memorable summer, the Azzurri took to the football pitch for the first time since winning the Euro 2020 on penalties against England at Wembley. However, Roberto Mancini’s men failed to take all three points but extended their unbeaten international run to 36 games leading against Brazil 35 games. 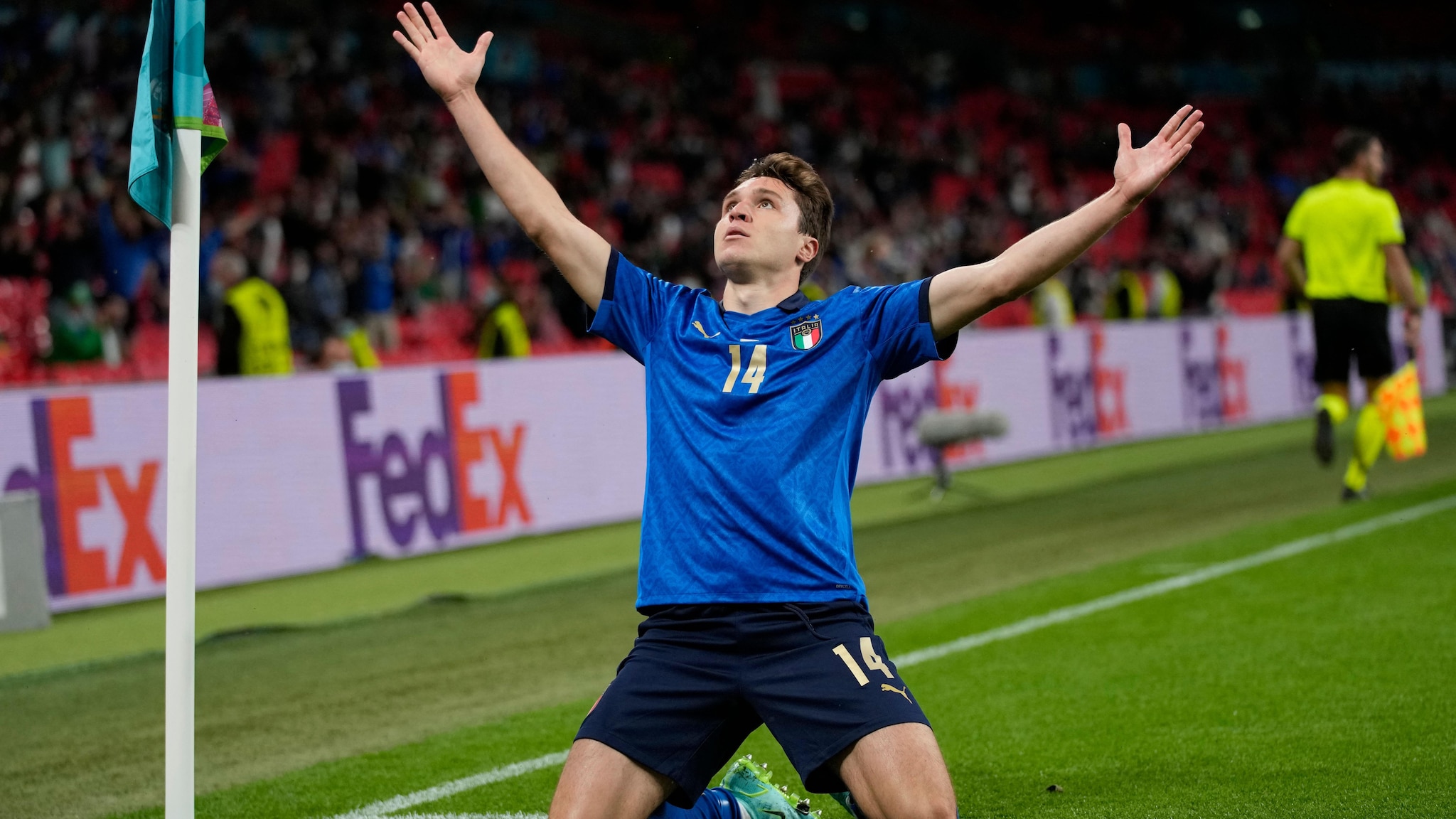 Federico Chiesa celebrates after scoring for Italy at Euro’s; photo/courtesy

Amongst a lacklustre Italian side, it was Federico Chiesa who rose to the occasion. His goal in the 16th minute was arguably the best goal of this international break so far.

It was a typical Chiesa goal- cutting in from the right with blistering pace, a quick wall-pass and a neat finish.

Despite a slow start to the season, it is important to note that there have been just two matchdays in the Serie A so far.

And With departure of Cristiano Ronaldo, this season has the potential to be ground-breaking for the Italian winger. Chiesa will be expected to play an important role for Juventus and improve upon his last season’s tally of 16 goal contributions.

Sports Leo takes a look at what makes Federico Chiesa so special and why he has the potential to become one of Italy’s all-time greats.

A talented and tenacious winger

Italy have been blessed with an immensely talented crop of new players. Amongst the likes of Sandro Tonali, Nicolo Zaniolo and Manuel Locatelli, but it is Federico Chiesa who has stood out remarkably over the past couple of seasons.

Chiesa’s rise to the top has been due to several reasons. His ability to play in a variety of positions and different kinds of systems is a big positive.

The Italian is equally skilled with both his feet, which makes his talent more special. When on the wings, Chiesa has the ability to surprise the defenders by both, cutting in or driving down the line.

The winger’s biggest skill-set is his agility – rather his change in pace. Chiesa’s explosiveness helps him skip past opponents like no other. His ability to dribble with the ball glued to his feed coupled with his agility makes him a terrifying prospect.

His most dangerous style of attacking is to skip past the initial challenges, use the striker as a focal point and continue his run towards the box.

Chiesa then makes himself available for a return pass before taking a strike at goal. His goal versus Bulgaria demonstrated precisely this.

Chiesa’s threat and talent is something that is known to all. However, what truly makes him an apple to the managers’ eyes is his work ethic and the tenacity with which he plays.

Chiesa is a very hard-working winger who will follow his manager’s instructions to the last syllable. Moreover, his tenacity makes him a fitting piece in a team that likes to press – Mancini’s Italy for example.

Another trait of Federico Chiesa that sets him apart from others is his ability to play in a variety of advanced positions on the pitch and also different tactical systems.

With his ability to play with both feet, Chiesa can operate on the left or right-wing. He has also played as a second striker in a front two or as a wingback; all depending on the system. 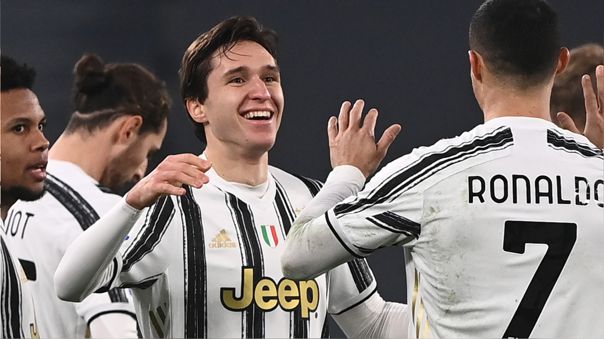 Juventus; Federico Chiesa smiles in celebration with Ronaldo in a past match; Photo/courtesy

After the return of Massimiliano Allegri this season, Chiesa is expected to also operate as a second striker.

Apart from his positional versatility, Chiesa has shown tactical nuance beyond his years. From playing under managers like Allegri who employs a defensive, counter-attacking style of play to a completely contrasting system in the national team with Roberto Mancini, Chiesa has shown signs of brilliance and understanding in both styles which is absolutely commendable.

The Chiesa family is no stranger to fame and success in this sport.

At the Euro 2020, Federico Chiesa opened his account against Austria in the round of 16 where the winger scored the decisive winner in extra time.

With his goal, Federico and his father Enrico Chiesa became the first father-son duo to both score at the European Championships.

Enrico Chiesa scored a goal against the Czech Republic in 1996 at the Euros in England. A very feel-good record for the Italians.

Enrico began his senior career at Sampdoria and made a name for himself later at Parma and Fiorentina. In fact, in all the three aforementioned clubs, Enrico won several titles.

He made quite a name for himself at Fiorentina – from winning the Coppa Italia with them to getting relegated a season later.

Ultimately, it is rather fitting that his son, Federico Chiesa, began his senior career at Fiorentina.

Just like his son, Enrico too played amongst the front three, mostly as a striker. Both father and son hone a wide skillset that allows them to operate in different ways.

Quick, strong, hardworking and with a knack for scoring goals is the most appropriate way to describe the Chiesa men.

Enrico was a largely successful figure in Italian Football. He shares valuable relations with Roberto Mancini and Roberto Baggio- both influential figures in football.

As for Federico Chiesa, the young 23-year-old is heading in the right footsteps. Federico has already caught the eyes of numerous top clubs in Europe and a promising future awaits him. He truly has it all to make it big in European football.