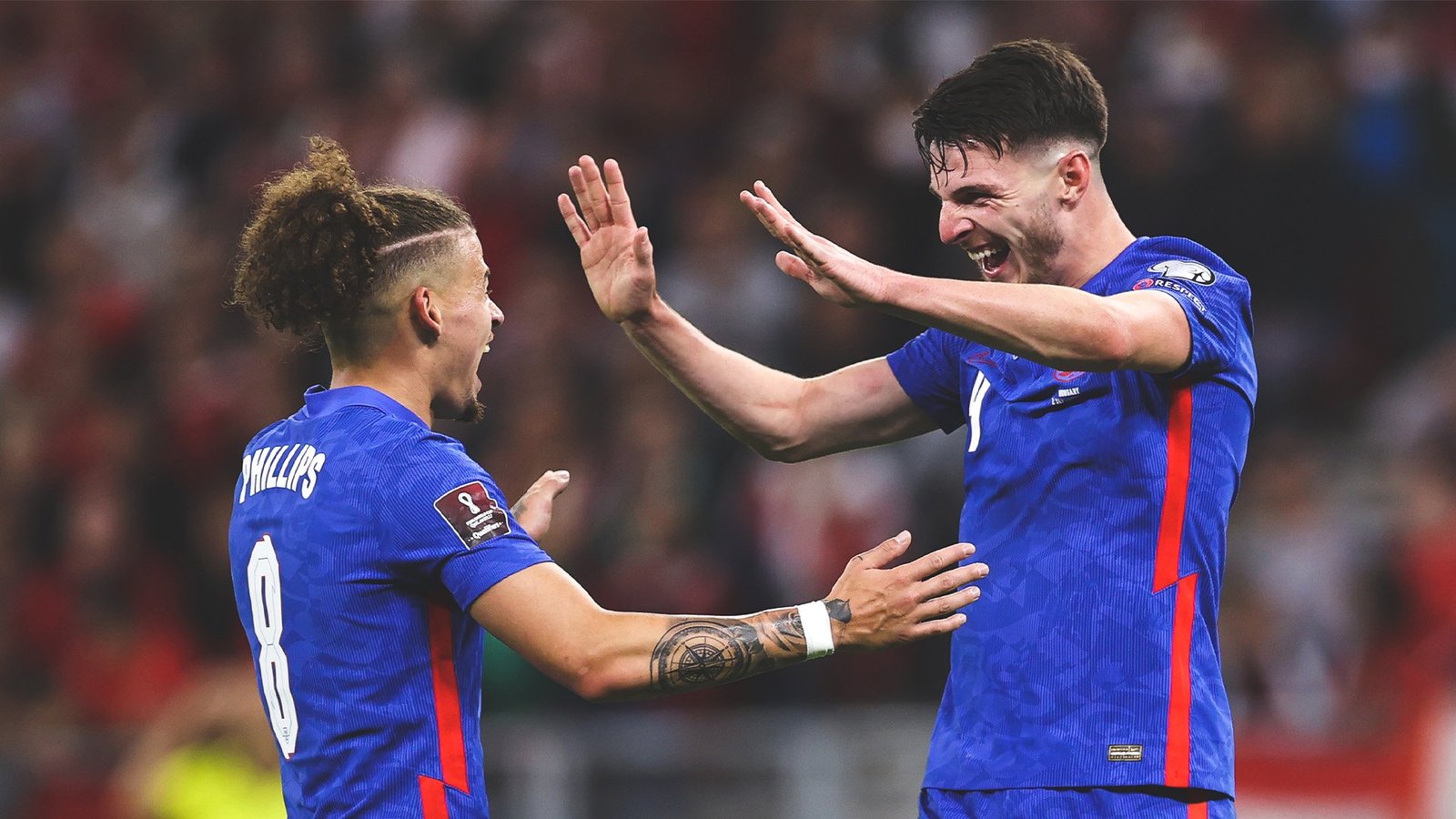 The most prestigious nightclubs have the sternest bouncers. This England team from the Euro 2020 and now at the World Cup 2022 qualification stages is no different.

it is on pitch partnership and communication of the England’s ace midfielders Declan Rice and Kalvin Phillips.

Sure, there are fewer posers and pretenders. And looking inside, it is clear to see these young somethings are genuinely having a great time as they warm up to 2022 Qatar World Cup competition.

During the concluded Euro 2020 competition, those who tried to enjoy themselves in England’s joint found themselves considerably disappointed. In the entire competition, Six teams attempted to get in and run wild, yet only managed a goal between them.

Tracking back time to the renowned duo’s of alike Ferdinand and Vidic. Baresi and Costacurta. Pique and Puyol. Chiellini and Bonucci. Romario and Bebeto. Cole and Yorke. Quinn and Phillips. Shearer and Sutton. You get the picture: duos so good that their surnames roll off the tongue together, as if they were a high-caliber law firm.

Rarely, if ever, have midfield twosomes ever reached such a distinguished level, but that’s increasingly changing as the double pivot has its day in the sun. 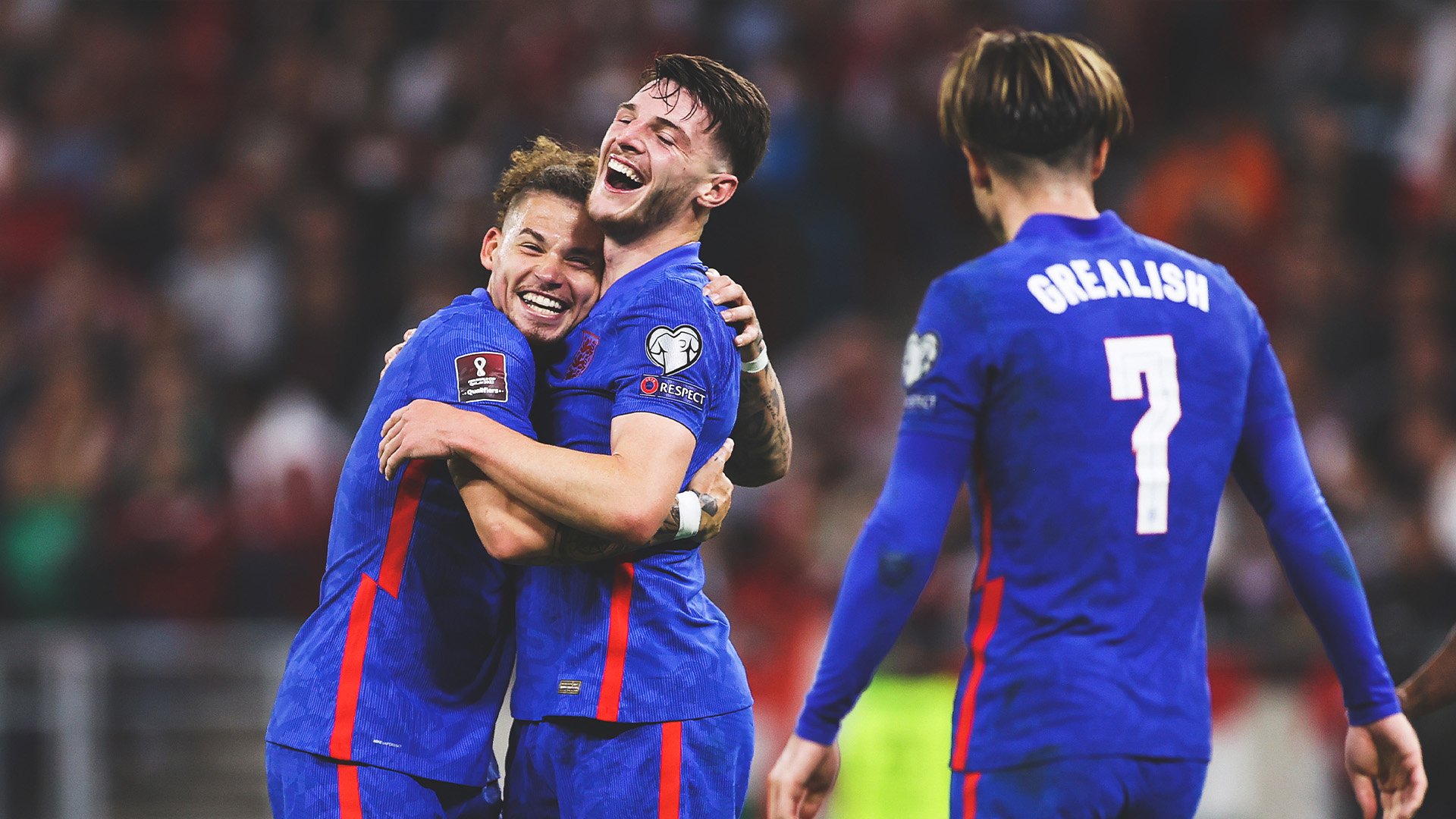 Upholding that exclusivity has been the two at the door, Declan Rice and Kalvin Phillips. A combination employed by Gareth Southgate affording his side the kind of control that really does feel like a luxury. Their ever-presence as the midfield two in both the 3-4-3 and 4-3-3 systems has been one of the surprise success stories of England game.

Jorginho has just been named UEFA Men’s Player of the Year, while his trusty sidekick N’Golo Kante was awarded Man of the Match in the semis and final of Chelsea’s Champions League triumph.

How rare it is to have West Ham and Leeds United in sync, but here we are.

When Phillips was given his first international call-up in September 2020, few Leeds fans doubted his aptitude for the job, even though he was yet to make his Premier League debut.

The homegrown star had played an instrumental role in the club’s promotion from the Championship as one of Marcelo Bielsa’s first names on the team-sheet and many could foresee the proven, top-level player he is today.

But as is increasingly the case with international football in the age of social media, his call-up was met with bickering from rival fans from their respective club with an assumption that Phillips would be challenging Rice for his spot at the base of Gareth Southgate’s midfield.

At that point, Rice was just 21 with over a hundred Premier League appearances under his belt and a fair bit of experience with the Three Lions. At the same age, Phillips was still finding his feet in the second tier.

England’s tactical parameters are strictly defined, but the free-form workings inside those margins would not work without them.

Both offering protection to the backline, stifling opponents in midfield and operating as key conduits from back to front and side to side in attack.

These duo have grown in the estimation of observers who feared they might be exposed by the rigors of high-pressure, international football, especially with no European club experience behind them.

Perhaps that has been a blessing. The way they have operated suggests no ego or burden to any matters at hand, allowing Jordan Henderson to steadily work his way back to full fitness.

When Phillips’ debut came in a Nations League clash away to Denmark, there was immense pride among Leeds fans to see a first representative of the club since fellow local lad Alan Smith back in 2004.

But there was also a disappointment to see him in a double pivot alongside Rice, rather than instead of him.

Phillips had played in a midfield two at Leeds, but during that time he looked nothing special in a series of unremarkable teams under coaches like Garry Monk, Thomas Christensen and Paul Heckingbottom.

It was only once Bielsa developed him into a single pivot at Leeds that he began to regularly demonstrate his real quality.

At this position Phillips started dictating the tempo and regularly pulling out exceptional long diagonal balls, while also reading the game out of possession with a penchant for well-time crunching challenges if necessary.

His great asset is his energy and the ability to do the work of two midfielders – Leeds’ one-man double-pivot.

The one who creates those passages of commentary where it is simply one name after the other because he never seems to have the ball for long.

Declan Rice only misplaced 23 of the 300 passes attempted in the EURO 2020 competition.

There was more logic when it came to playing Rice in a two, having developed his game playing alongside experienced Hammers captain Mark Noble before excelling in a partnership with Tomas Soucek.

Fast forward a year and Phillips has been awarded England’s Player of the Year, having played almost every minute as they came a penalty shootout away from winning Euro 2020, having reached a first major final in over 50 years. Rice was alongside him every step of the way and was beaming as he handed the Leeds man the award at St. George’s Park – “It just shows how far you’ve come and how well you’ve played. You deserve it, you’ve been unbelievable.”

The Euros were vindication for Southgate’s unwavering ability in his plan in the face of criticism and calls for more adventurous football.

There can be subjective quarrels about the aesthetics, but there’s no arguing with the results. Now there feels a singularity and permanence to them.

All this has forged a more personal relationship between the two. While their fanbases championed their causes at the expense of the other, a bond on the field has been replicated off it, with the odd show of love across social media providing us with a snapshot of this.

There has been talk of splitting up Rice and Phillips by reintroducing Henderson, who is fresher and more attuned to matches of this magnitude as a Champions League and Premier League winner.

It’s hard to say who would drop out, and moreover, it does not seem a necessary tweak beyond any injury niggles that have not come to light.

Tactically speaking, the arguments for change do not seem that clear cut, especially given how the incumbents have grown with every match.

Neither Rice (yet) nor Phillips have played in Europe, but together the pair form a pillar of England’s recent success.

There form has risen past International games replicating the same performance for their respective clubs, you can imagine it would take $138m to price them away. Grealish has set the precedent. 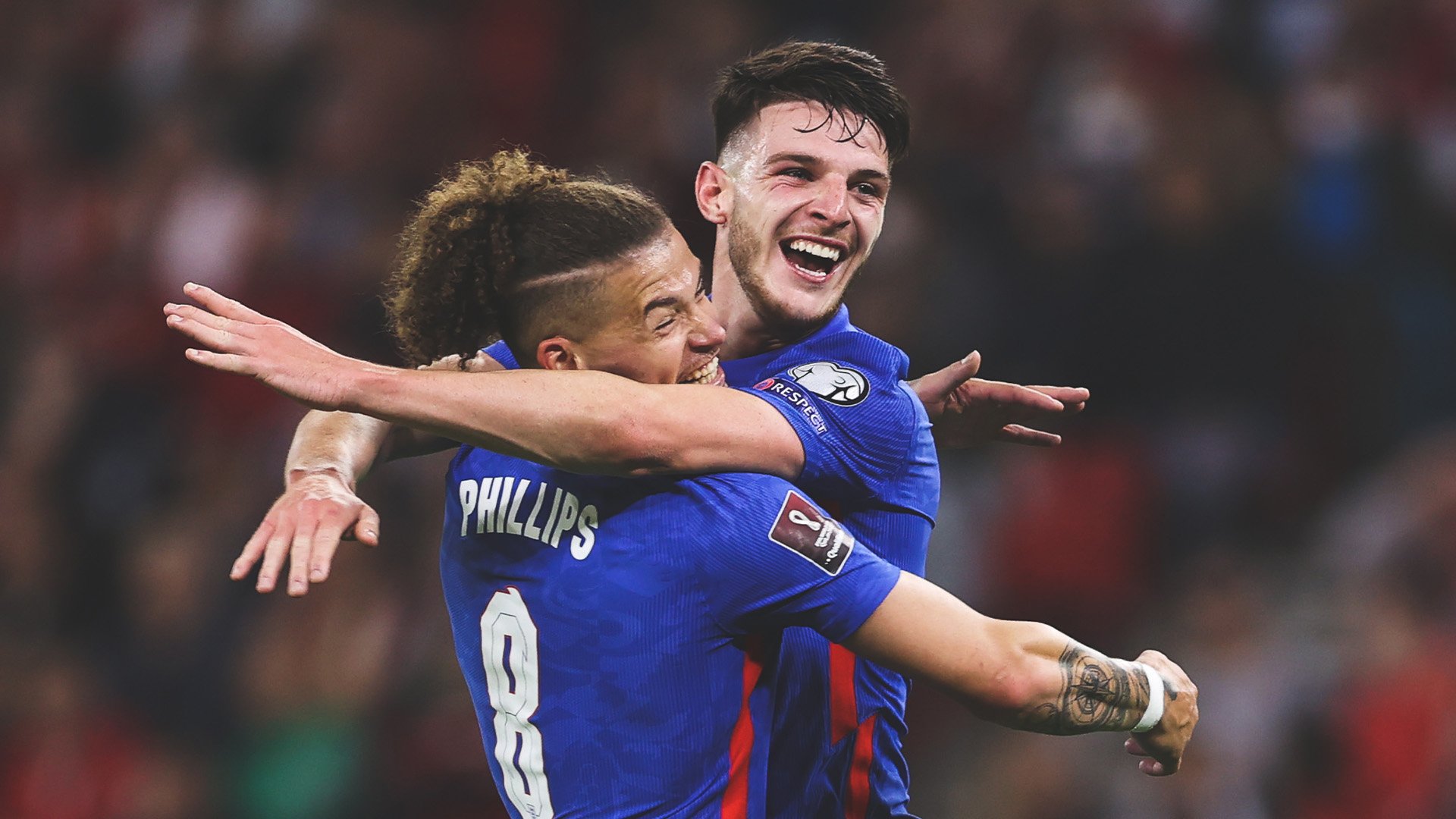 It was fitting that Phillips was the first one over to hug Rice after he capped off a brilliant display in Budapest, having scored the fourth a little fortuitously as his long-range effort squirmed past RB Leipzig goalkeeper Peter Gulacsi.

The scoreless first half is unlikely to live long in the memory, but with Rice and Phillips pulling the strings, England were remarkably comfortable in a difficult place to go.

Both players are ever-improving, with Rice set to be tested in European competition and proving his adeptness at playing in a double pivot week in week out for his club.

Phillips has allayed any early fears that putting him in a double pivot renders his qualities redundant, but rather it enhances them.

The England backline are supremely well-protected, having conceded just one goal from open play across the Leeds man’s 16 appearances to date.

It will an honest opinion to say that both Rice and Phillips love one another, this has been evident across all England competition after match, where the duo has been posting each other on social media expressing their affection.

Hopefully this dynamic duo will grow to be one of the best midfielders to have graced the game, say like the defensive duo of Rio Ferdinand and Vidic at Man United or that of Xavi and Iniesta in both Spain and Barcelona.