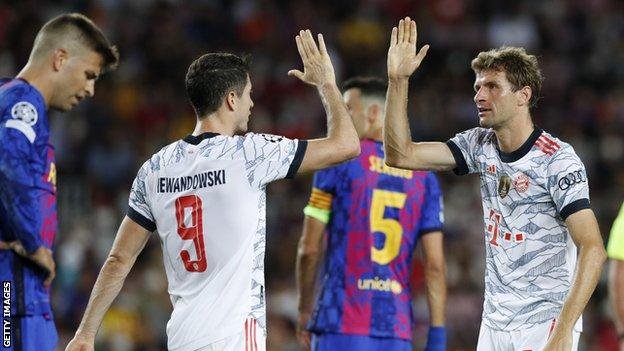 Barcelona lost their opening UEFA Champions League match for the first time in 23 years as a Thomas Muller stunner and Robert Lewandowski’s brace earned Bayern Munich a 3-0 win on Tuesday at Barcelona.

The Catalans were seeking revenge following their 8-2 ravaging loss against the same opponents in the 2019-20 Champions League quarter-finals, but Bayern proved far too strong once again in the Group E opener between the two heavyweights.

Like he did in that humbling defeat for Barcelona 13 months ago, Muller opened the scoring in the first half at Camp Nou before Lewandowski’s simple finish gave Bayern breathing space early in the second period.

Lewandowski doubled his scores late on to seal a routine win that moves the German champions into the top spot after the first round of fixtures, while Barca sit bottom after Dynamo Kyiv and Benfica played out a goalless draw at Kyiv. 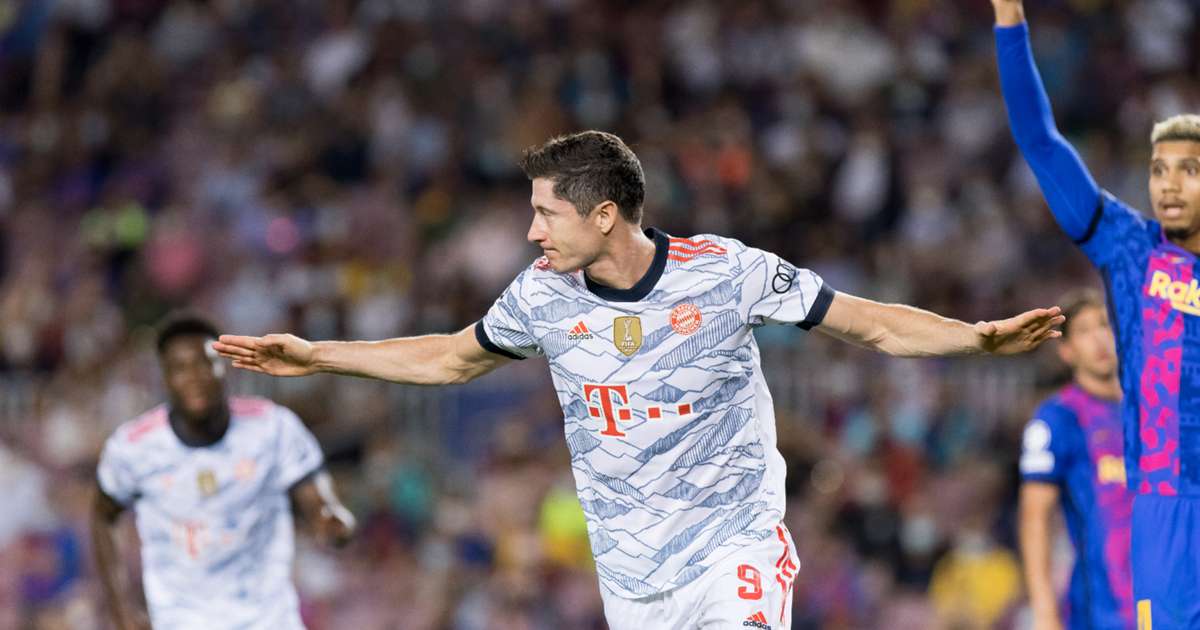 Sergi Roberto was one of six players in Barca’s line-up from the memorable previous clash between the sides and the wing-back blasted over a good chance in what was a bright start from the hosts.

Bayern soon started to get to grips with the game and would have been ahead if not for Marc-Andre Ter Stegen’s one-handed save to keep out a powerful Leroy Sane drive.

Barca relied on some last-ditch defending to keep them level, but Muller found a way through after 34 minutes with a shot from outside the box that took a heavy deflection off new signing Eric Garcia and left Ter Stegen wrong-footed.

Ter Stegen was again required early in the second half to keep out a low Sane shot after the winger, who had set up Muller’s goal, fought his way through as Bayern pushed for a second.

That duly arrived after 56 minutes when Jamal Musiala’s shot cannoned back off the post and Lewandowski was in a perfect position to prod the rebound into an empty net using the bottom of his boot.

Bayern were eager to add a third and they did so in the 85th minute through Lewandowski, the prolific striker converting another rebound after Serge Gnabry this time rattled the post.

Prior to the tie, Barcelona head coach Ronald Koeman described this as “a unique opportunity” for his side to get some revenge on Bayern, but the outcome of the match was never in doubt from the moment the visitors adjusted to Barca’s system around 15 minutes in.

Julian Nagelsmann’s side has now won six matches in a row in all competitions, scoring 30 goals in the process, and look good value for another run deep in a competition they won 13 months ago.

As for Barca, whose last opening-game defeat in this competition was against Premier League side Newcastle United in 1997-98, this one-sided affair just highlights how much work Koeman has on his hands this season.

Muller was given far too much time and space to get his shot away for the opening goal, while the less said about Garcia turning his back to the ball the better.

The Germany international has now scored seven goals in six Champions League appearances against Barca, which is more than any other player has ever managed against the Catalan giants in the European Cup or Champions League.

Notably, Barca did not register a single shot on target in the whole 90 minutes as they were on the back foot for the better part of the match.

Barcelona returns to LaLiga action next Monday with a home match against Granada whilst Bayern host Bochum in the Bundesliga on Saturday at Allianz Arena.