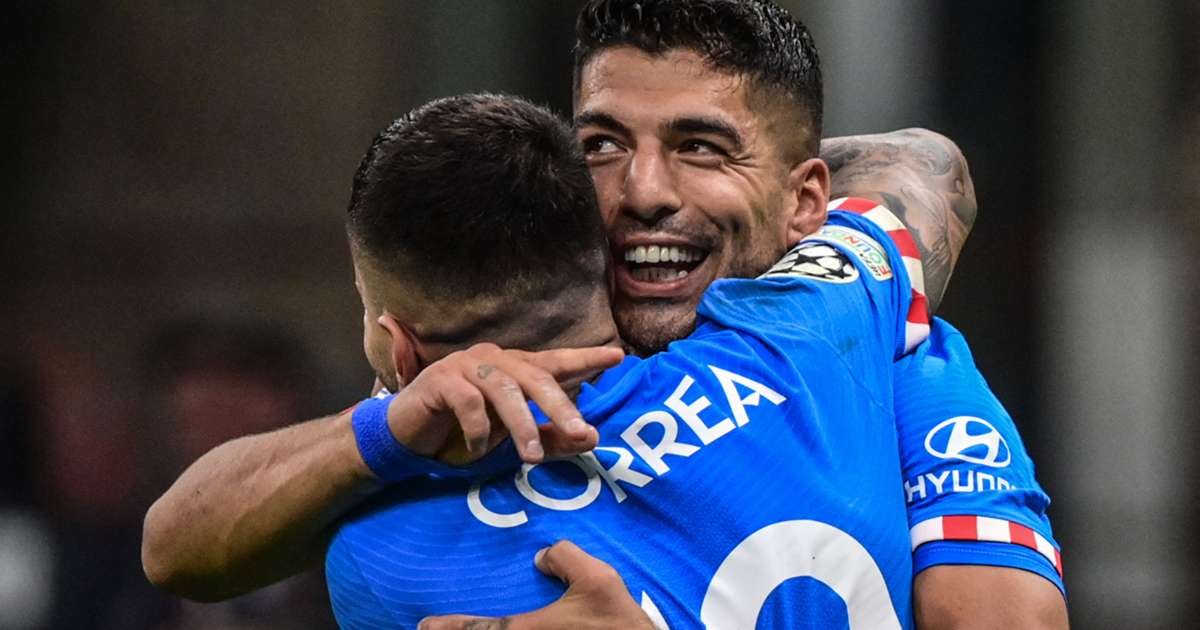 Antoine Griezmann scored his first Atletico goal since his return to the club to level the scores in the 84th minute after Rafael Leao had deservedly put the hosts in front in the first half.

Franck Kessie received a second yellow card after only 30 minutes of play, but Stefano Pioli’s men remained impressively resolute until Griezmann’s impact off the bench.

Suarez then converted from the spot in style in the seventh minute of added time after Pierre Kalulu was penalized for handball, the decision upheld after a long VAR check. Atletico Madrid’s Luis Suarez converted a last-minute penalty to hand his side a 2-1 victory over AC Milan in a Champions League meeting on Tuesday night. | PHOTO: Courtesy |

In the opening 20 minutes, Milan looked faster, stronger, and more dangerous than Atleti and looked to impress their fans after a long stint of missing in the Champions League group stage. Jan Oblak saved superbly to deny Ante Rebic but he could do nothing when Leao controlled and fired low on the turn through a crowded box and into the bottom-left corner.

That high intensity was arguably the undoing for Kessie. Having been booked 15 minutes in for a foul on Marcos Llorente, he stood on the Atleti man’s foot as he harried in midfield, earning a second yellow card after only half an hour. 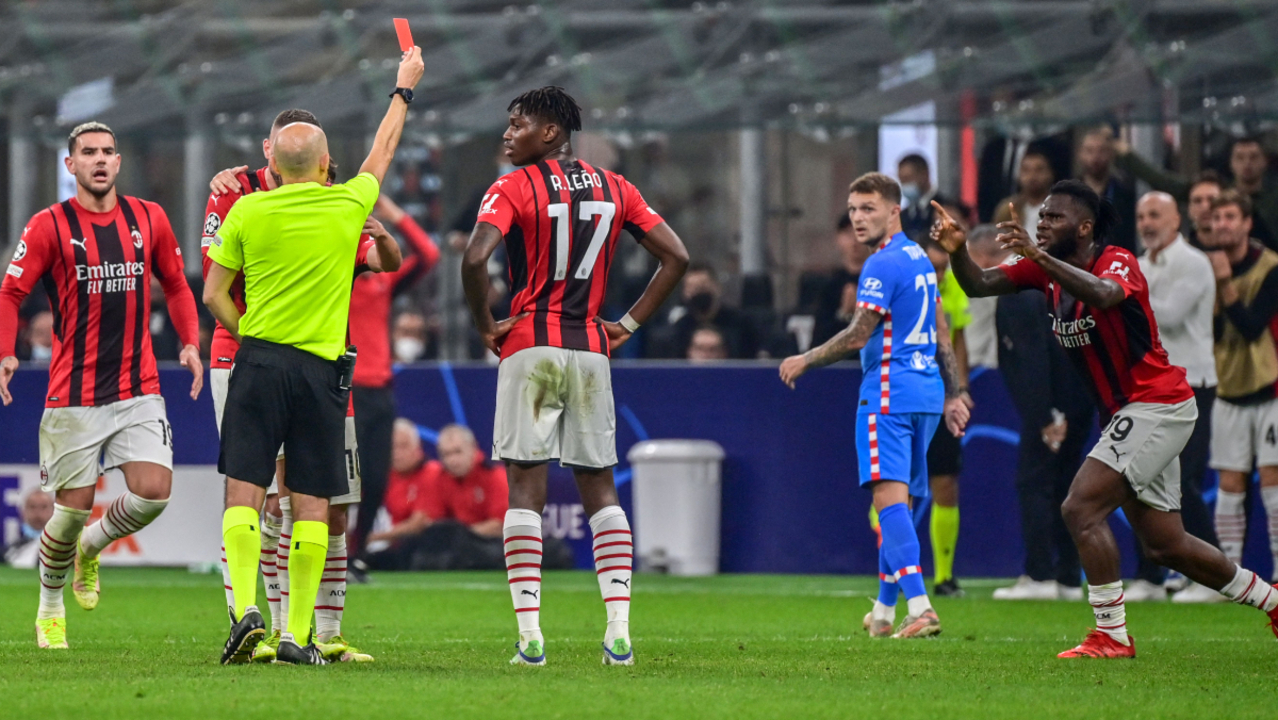 AC Milan midfielder Frank Kessie was sent off after 30 minutes of play following a second yellow card after a foul on Marcos Llorente in a Champions League clash on Tuesday night. | PHOTO: Courtesy |

Diego Simeone brought on Joao Felix, who set up Suarez for Atleti’s best first-half chance in injury time, the striker hooking a volley just wide of the right-hand post.

Suarez placed a Felix cross just wide but, with chances scarce despite having a one-man advantage, Simeone, at last, turned to Griezmann for the final third of the match, and he duly delivered for his coach with a stylish volley past Mike Maignan from Renan Lodi’s header to hand the visitors a leveler.

As Atleti pushed for a winner, Kalulu knocked the ball away from Thomas Lemar’s path with his arm as he tried to block the route to goal, allowing Suarez to send an impudent spot-kick down the middle.

Atletico is now second in Group B, with four points from their first two games, putting them two behind leaders Liverpool who have won each of their first two fixtures against Milan and FC Porto respectively..

The Rossoneri are now in need of positive results after consecutive defeats to start their campaign.

Simeone must have been utterly impressed with Milan’s defensive display for the majority of the game, with Fikayo Tomori at the heart of it. The former Chelsea man made a game-high nine clearances and four blocks to help the Rossoneri restrict Atleti to hopeful efforts in attack before their late flourish.

Kessie’s second yellow was perhaps a little harsh but it came seconds after he had barged into another blue shirt in a moment of over-zealous pressing in midfield.

An impressive organized performance from Milan kept Atletico at arm’s length for a long time, but it proved in vain.

In match week three of the UEFA Champions League, Milan head to Porto – who lost 5-1 at home to Liverpool, while Atletico Madrid host Liverpool at the Wanda Metropolitano. Meanwhile, both teams will be back to their respective leagues’ action on the weekend with the Rossoneri making a Serie A trip to Atalanta on Sunday, while Atleti host Barcelona in LaLiga on Saturday.