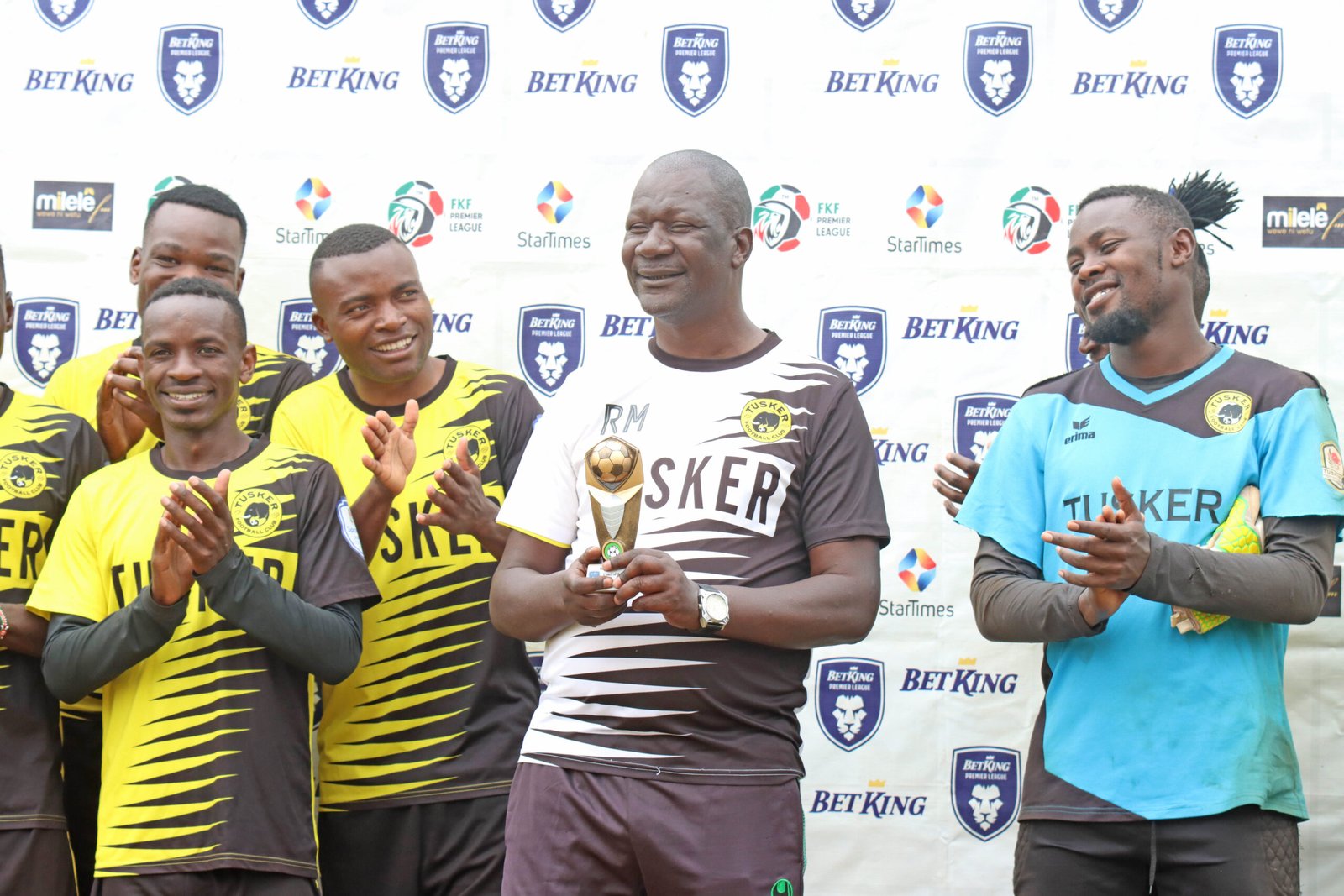 Tusker FC head coach Robert Matano and KCB forward Derrick Otanga have been awarded as the Football Kenya Federation Premier League coach and player of the month of June, following their splendid performances.

Tusker’s Matano was named coach of the month after beating KCB’s Zedekiah Otieno and immediate former Nairobi City Stars coach Sanjin Alagic. He guided the club to win three out of the four matches played in the month and in the process saw off competition from KCB to secure a slot in next season’s CAF Champions League.

“I am really delighted to receive this award. It has been a long time coming and I am delighted it is here. But this is the work of the players, the technical bench and also the management. We have worked together, with good support from everyone to achieve what we have achieved,” said the coach.

He added; “We have performed well despite some challenges with a few results, but we will keep fighting till the end of the season.” 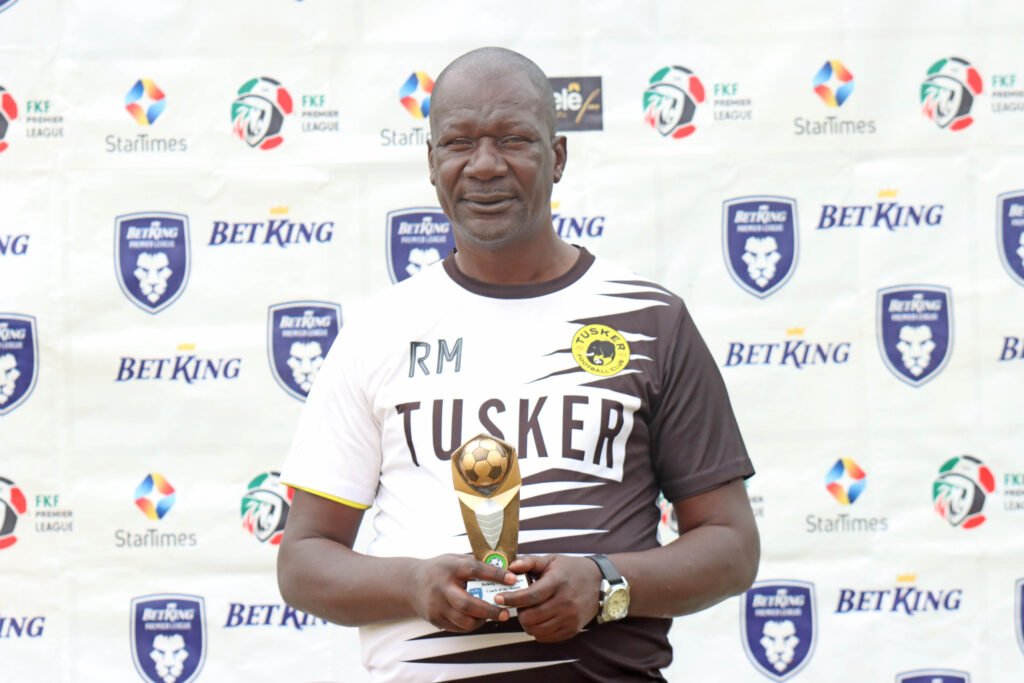 Tusker began the month with a 1-0 loss to Posta Rangers at the Ruaraka Grounds, but they then recovered to beat Kariobangi Sharks 1-0 at Utalii Grounds before downing Western Stima 2-1 at Ruaraka.

Their final and most important game of the month ended in a 4-1 thumping of Ulinzi Stars at ASK Grounds in Nakuru, a win that helped them qualify for CAF Champions League.

The veteran coach becomes the sixth winner of the award this season after Francis Kimanzi, Andre Casa Mbungo, Stanley Okumbi, and Vaz Pinto who were awarded in December, January, February, March, and May respectively.

Meanwhile, Otanga’s two goals and one assist in the month of June propelled him to earn the accolade that comes with a Sh50,000 reward, just like the coach’s trophy. Otanga was instrumental in KCB’s unbeaten run in June where the Bankers won three and drew one of their four league games.

During the month, KCB picked a total of ten points from a possible twelve with Otanga solely earning his side six by scoring two winning goals. He opened the month with the lone goal in the 1-0 win over Bidco United at Thika Stadium on June 16 and three days later he scored as KCB registered another 1-0 win over Mathare United at Ruaraka Grounds. 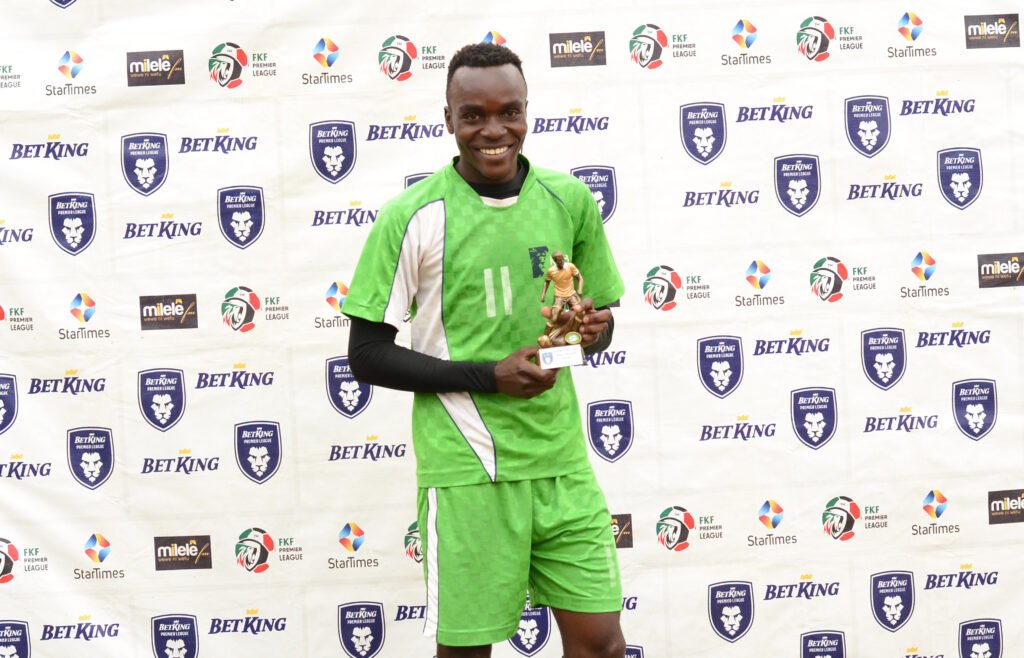 The former Wazito and Sony Sugar man’s good run with the Zedekiah Otieno led team saw him beat two of his teammates; Nashon Alembi and Joseph Okoth to the award; the pair came in second and third respectively. The other nominee was in-form Gor Mahia keeper Gad Mathews.

“I really feel delighted. Always as a player when you get an award, you are always motivated and it is the same for me. I dedicate this to my teammates because were it not for them I wouldn’t have won. We have worked so well as a team and we all deserve this,” he said.

“My target this season was to score 10 goals and I have already surpassed it so whatever now remains will just be a bonus, so no pressure for me,” Otanga, who scored twice against Western Stima over the weekend stated.

The striker becomes the sixth recipient of the award after Elvis Rupia, Henry Meja, William Wadri, Kelvin Opiyo, and David Odhiambo who were feted in December, January, February, March, and May respectively. 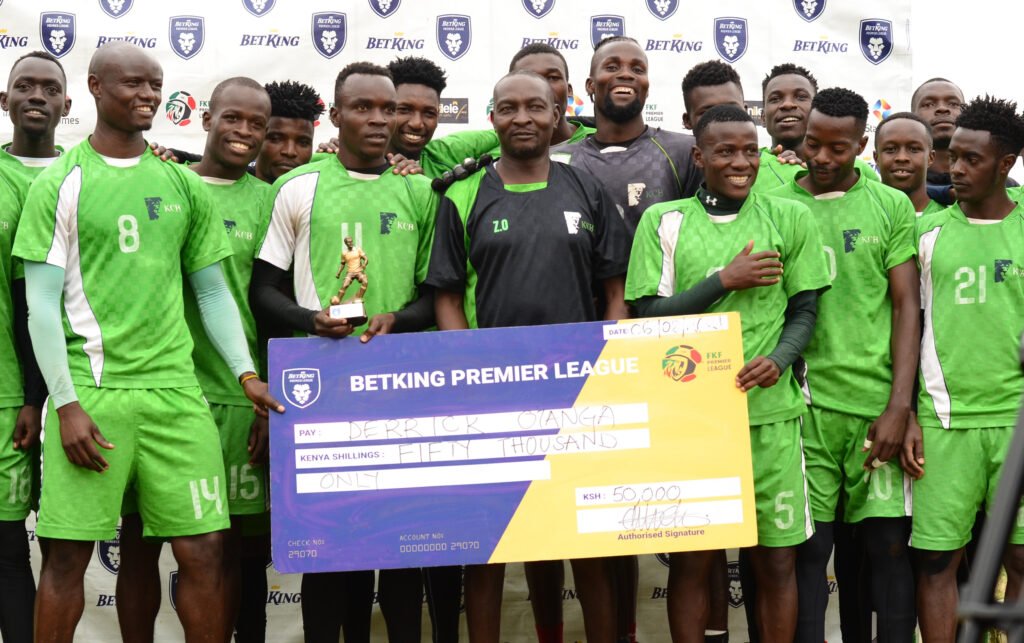 He has said the team will fight tooth and nail to ensure they clinch the title with fate squarely in their own hands with four rounds of matches left before the season ends.