Charity is viewed as a very important thing in society, with those that indulge in it being crowned the trailblazers.

Lately, Naomi Osaka, a sensational tennis player has come up with the pledge to help those that have been affected by the Haiti earthquake.

Haiti was faced with an unfortunate earthquake that was reportedly 7.2 magnitude on Saturday. The calamity rendered many homeless.

Reportedly, the earthquake killed approximately 304 people. Others as well sustained injuries. 1500 people were left with injuries.

This has left Naomi Osaka with ultimate grief, being a half-Haitian tennis player. Therefore, she has taken up the mantle to stand with the victims.

What makes Naomi Osaka rooted in Haiti is because her father hails from there and thus she has Haitian blood.

To make it clear to those who might not be familiar with Haiti, it is a small island nation that is located in the Caribbean Islands.

Unfortunately, the country is occasionally prone to earthquakes as well as other natural calamities. The calamities often leaves the nation with major damages. This is due to the unfortunate incidence of poor infrastructure and increased deforestation.

Therefore, it is in the heart of Naomi Osaka to help the nation, with her winnings. This has really impressed many and Naomi has been celebrated due to this act of kindness.

Osaka broke the news via the Twitter handle. This is what she had to say;

“I’m about to play a tournament this week and I’ll give all the prize money to relief efforts for Haiti. I know our ancestors’ blood is strong we’ll keep rising,” tweeted Osaka. 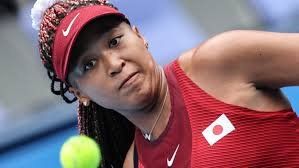 Additionally, there are a number of people who vowed to work jointly with Osaka to help restore the glory of Haiti. They include the US government, Miami FC as well as other US officials.

Through her Cincinnati Open winnings, Osaka is now set to help the victims. She has made the decision to participate in the Open, unlike many tennis players who have opted not to participate.

This comes amid her big loss at the Tokyo Olympics, something that left many talking. However, she has expressed hopes to do better in the Cincinnati Open, to prove wrong her rivals.

In the Open, Osaka is set to face several big named tennis players in the quarterfinals stage. Therefore, all eyes are on her to see how she will perform.

Later this month, Osaka, who has been a force to be reckoned with in the tennis field will be set to make history at the US Open.

Therefore, her win at the Cincinnati Open will be a great determiner and crucial for the US Open. Additionally, Osaka will be looking forward to defending her 2020 US Open title.

The four-time Grand Slam champion has had a successful career and has made several achievements. She has been viewed as one of the best and most competitive women tennis players.

According to reports, the Haitian earthquake has left the death toll rising to 724 as per Sunday reports. Nevertheless, operations by the determined rescue workers to find survivors buried under buildings are ongoing.

Naomi Osaka expressed her devastation regarding the issue via her Twitter handle. This is what she had to say;

“Really hurts to see all the devastation that’s going on in Haiti, and I feel like we really can’t catch a break. I’m about to play a tournament this week and I’ll give all the prize money to relief efforts for Haiti. I know our ancestors’ blood is strong we’ll keep rising.”