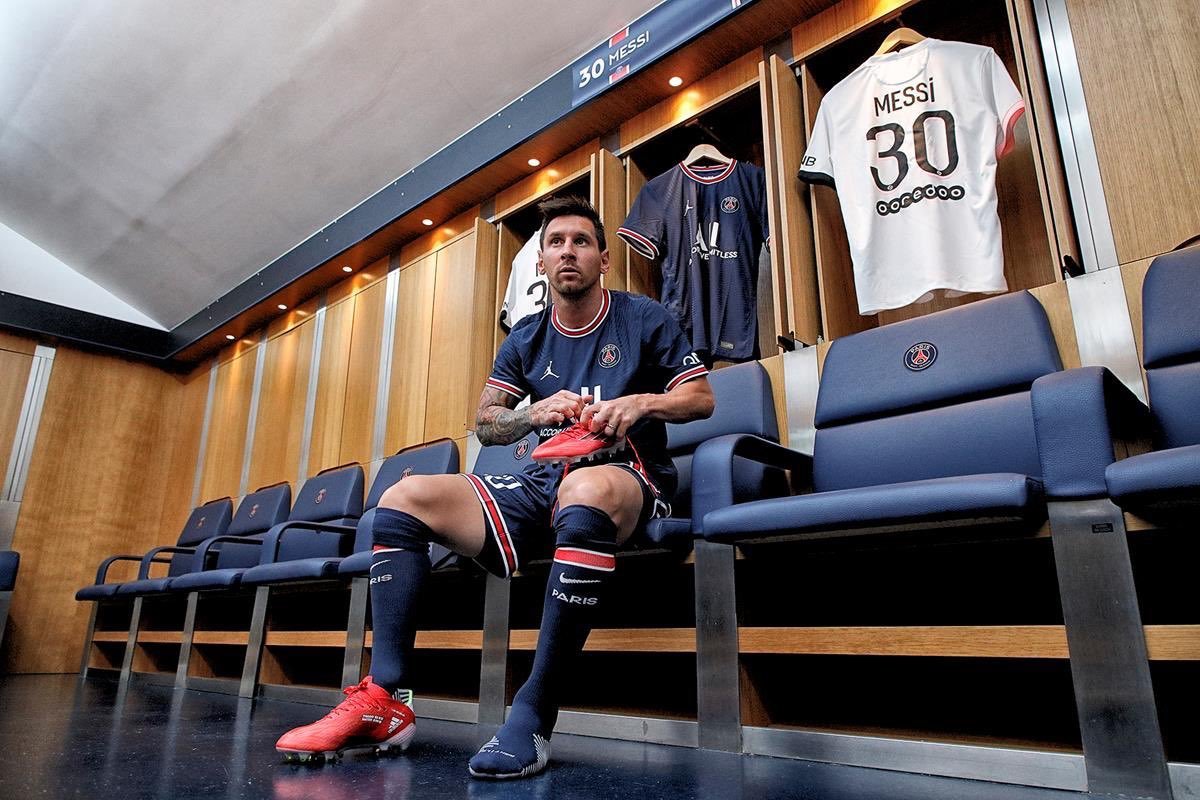 Barely four days after Lionel Messi left Barcelona in an emotional speech, after spending more than 20 years at the Club, Messi was in Paris yesterday to sign his contract with the club and today where he was Unveiled at the Parc des Princess.

Durimg his press conference today Messi did not shy away from naming those who wanted him move to Paris, saying that Neymar and Mauricio Pochettino played major roles in his move to Paris Saint-Germain.

After reports claimed former Barcelona team-mate Neymar was messaging Messi continuously over recent months over a move to France, Lionel Messi put that to rest confirming the rumors as true. 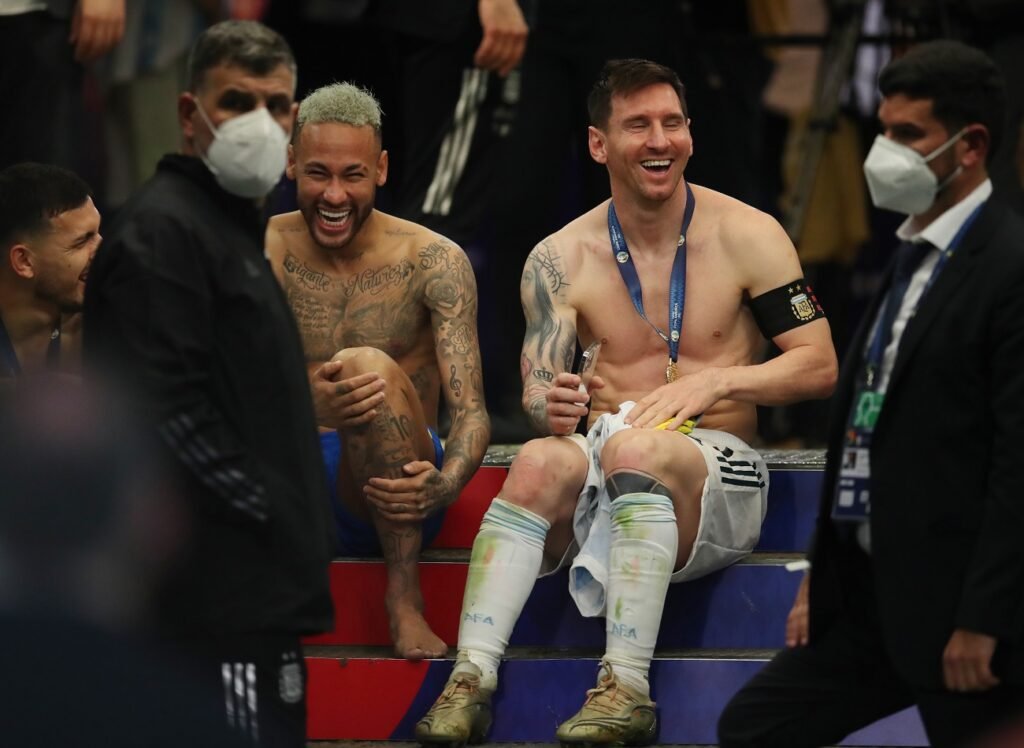 Speaking about Neymar, Messi revealed in the press conference: ‘I know him well. We were apart before but I think we are better together. Neymar was one of the reasons I came here.

‘I know all of my team mates though. We’ve all met many times before. I can’t wait to play with the team-mates that I have, we have the same objectives.’

Messi also provided insight into his conversation with PSG head coach Pochettino, who he telephoned before deciding to sign his contract with the French giants.

‘The coach and coaching staff had a big part in the negotiations,’ Messi claimed. ‘When I saw it was possible, I spoke with him (Pochettino) straight away. I’ve know him for a while.

‘I spoke to him, the fact we are the two Argentines helped a lot. We spoke, it went well to begin with. The technical staff at PSG helped my decision.’

Messi was forced to leave Barcelona last week when the Spanish club revealed they could no longer afford to keep him due to the club’s poor finances.

The Argentine was emotional in his Barcelona farewell press conference on Sunday and revealed in his PSG introduction on Wednesday that he wants to return to the club he played over 700 games for and won 35 major trophies with.

He said: ‘Everything that has happened to me this last week has been hard, quick and emotional.

‘I can’t believe what I lived and experienced in Barcelona but I feel impatient and happy at this new life with my family as well. I am very happy. This whole week I have gone through ups and downs but we are processing it everyday little by little.

‘It would be good to return to Barcelona. But I can’t wait to play here as well.

Messi in his press conference said:  ‘Everyone knows that I left Barcelona a few days ago, it was tough it’s true because it was several years I’ve be there. But since I arrived here I felt a great happiness and a great eagerness to start training.

‘I can’t wait to join my team-mates the head coach and to start this new stage. I want to thank (sporting director) Leonardo, the president and all the club for the way this happened.

‘After the press release from Barcelona they (PSG) took their position and it was very quick. It did not take long, it was a difficult decision and I want to thank everybody at PSG for what they did for me.’ 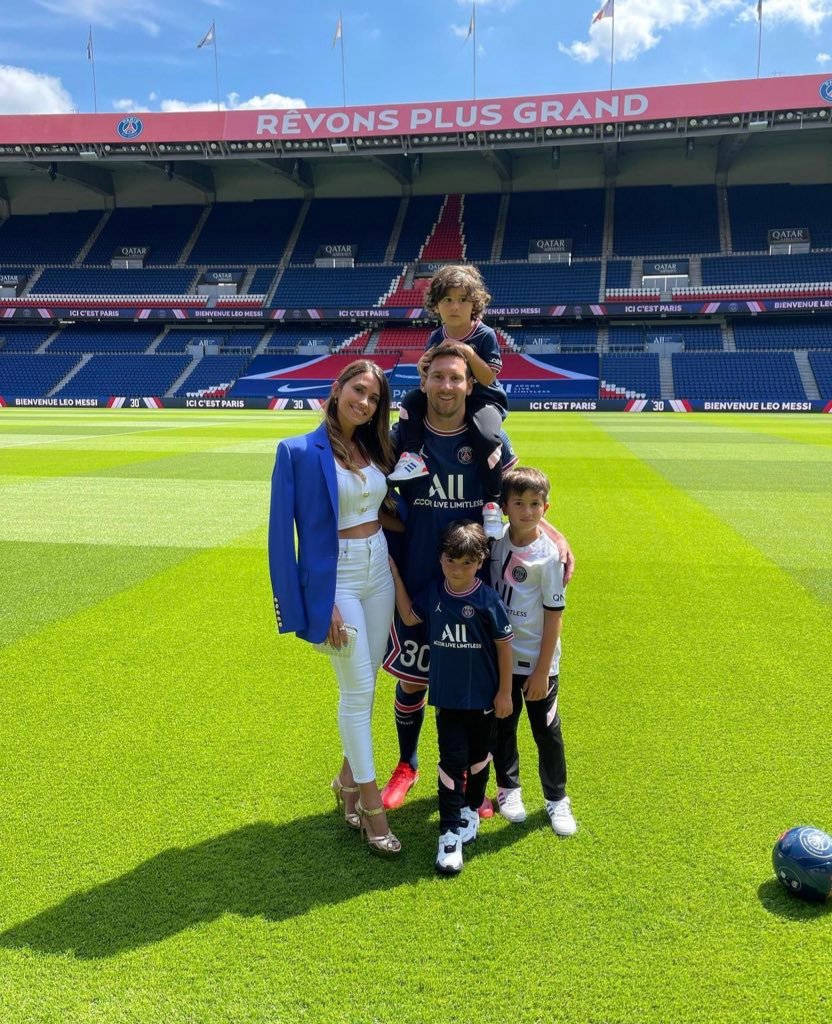 Messi also praised the way PSG helped his family transition into the move from Barcelona, with his wife Antonela Roccuzzo and three sons Ciro, Mateo and Ciro alongside the Argentine at the Parc des Princes.

The 34-year-old arrives at PSG having won six Ballon D’Or trophies along with the 35 team honors he won at Barcelona, though he has not won the Champions League since lifting the treble alongside Neymar in 2015.

Although Messi refused to admit whether PSG are now better favorites for the Champions League with this stellar squad he said that he came to the French capital to target a fifth European gong. 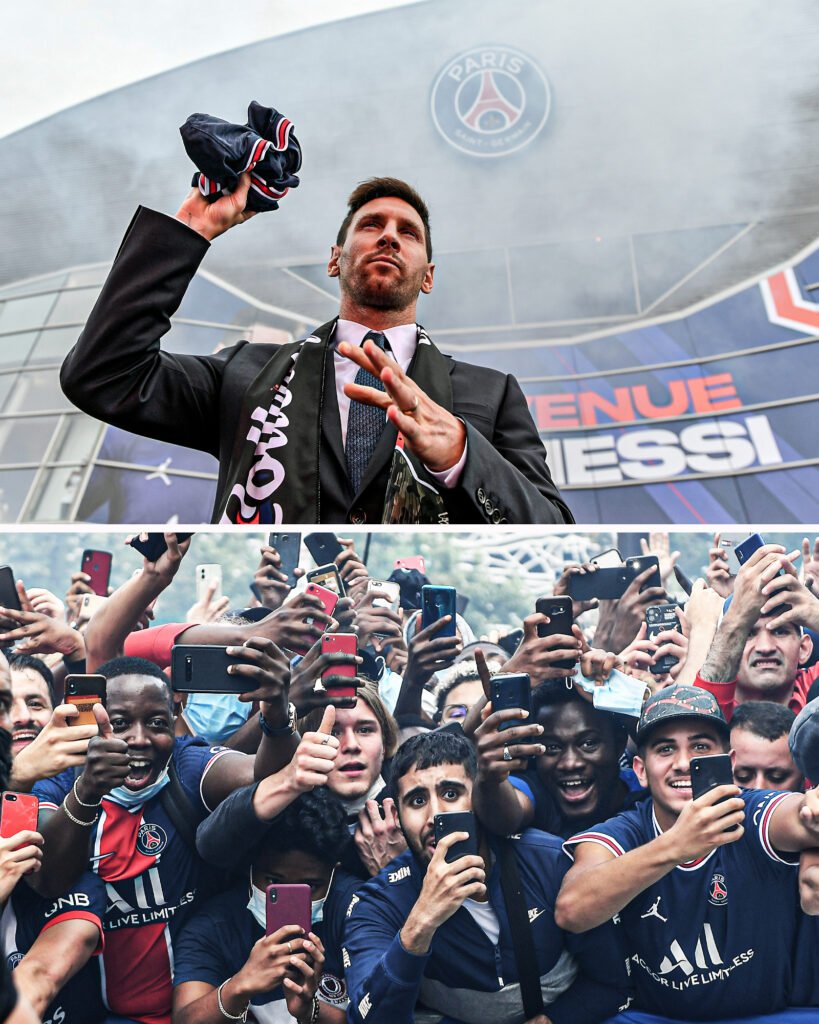 Messi will also lead PSG’s challenge to wrestle the Ligue 1 title back away from last year’s shock champions Lille, with the Argentine describing the French top-flight as a ‘competitive league’.

He added: ‘I’ve followed Ligue 1. I have friends in Paris. The signings they have made has been good.

‘It’s a competitive league. The other teams are well built as well. Everyone wants to beat Paris. I’m happy to be here.’

Despite the heavy spending by PSG on talents including Ramos, Donnarumma and Achraf Hakimi this summer, PSG president Nasser Al-Khelaifi revealed PSG are not breaking Financial Fair Play (FFP) rules with Messi’s signature.

The PSG supremo claimed: ‘For us, we follow FFP regulations from day one until the end. Before we do anything, we look with commercial and finances people and we thought could we have capacity to sign him.

‘We knew we could sign him and today what Leo is bringing to the club is huge. What you as media need to focus in is not the negative side of things but the positives he can bring.’

Here is Video Of Messi waving to PSG Supporters.