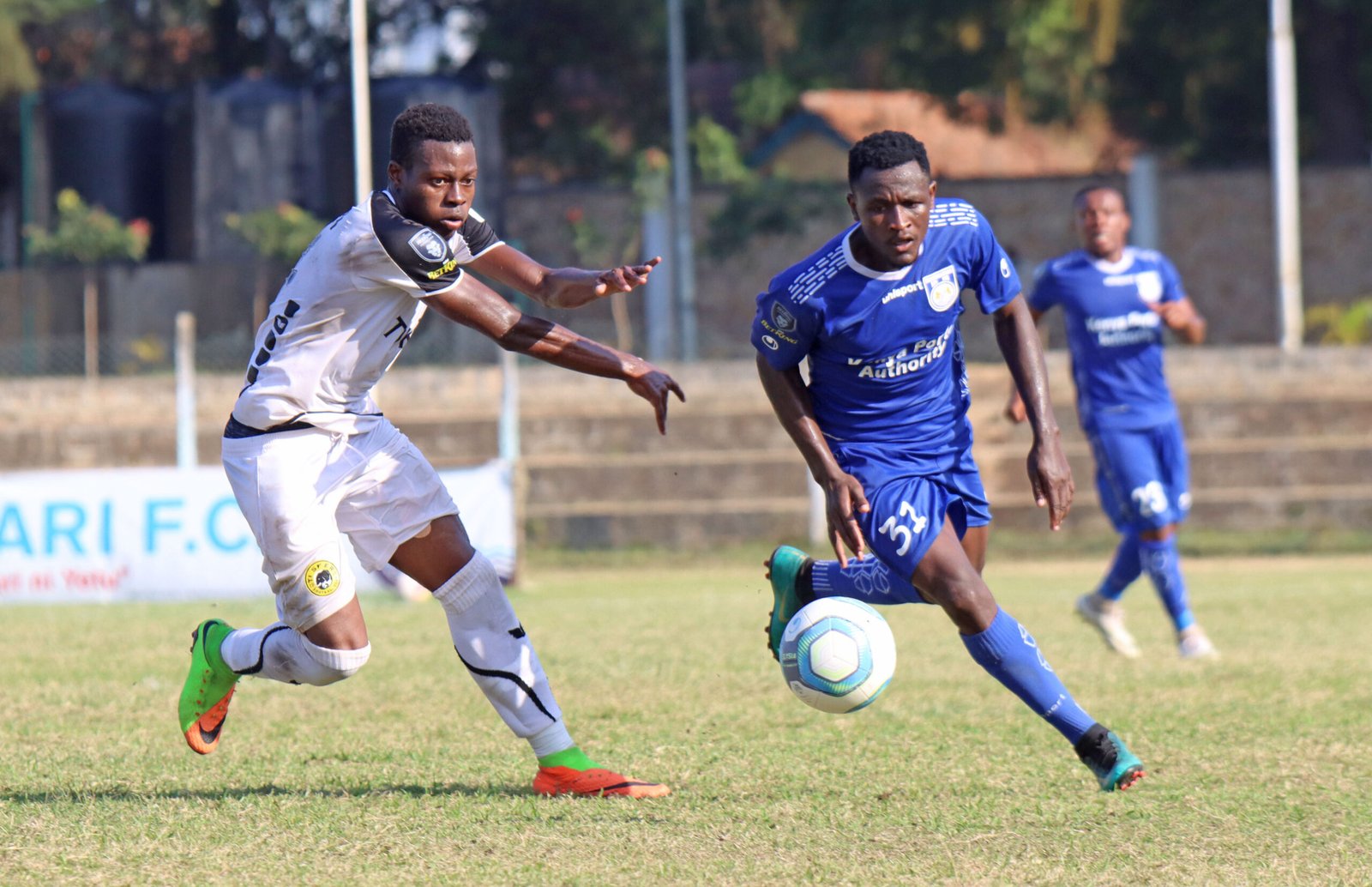 With four matches to go before the end of the season, the fight for the Kenyan Premier League title took a new turn with KCB toppling leaders Tusker FC to the top of the standings after beating Western Stima 2-0 in Kisumu while the brewers lost 2-1 away to Bandari FC in Mombasa.

The results from Wednesday now mean KCB have moved top with 57 points while Tusker drop to second with 55, putting fate squarely into the Bankers’ hands.

KCB were in no mood to drop the guard after losing last weekend to Posta Rangers and they ensured they earned victory away from home courtesy of a brace from Derrick Otanga. The striker scored in either half to ensure victory for KCB.

Meanwhile in Mombasa, Tusker were in hot water after dropping a 1-0 halftime lead to lose 2-1 with mistakes at the back. Rodgers Aloro had given Tusker the lead six minutes to halftime with a well taken freekick. 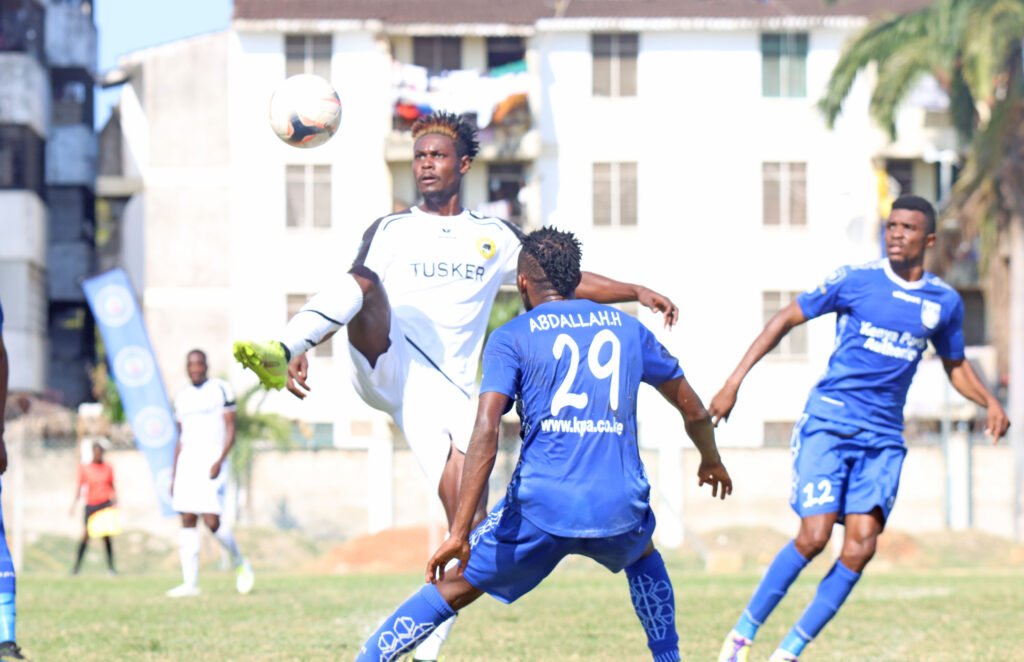 Bandari also responded with a freekick of their own through Iddi Hassan before substitute John Mwita came off the bench to score the winner with 14 minutes left on the clock.

“It is a disappointing defeat because we played well in the first half and had the chances to score but we could not utilize them. In the second half Bandari were better and that was the difference in the game. Fate is now out of our hands but we can’t lose hope until the last minute,” Tusker FC coach Robert Matano stated.

Tusker’s day started on a bad footing as they had to make a change barely five minutes into the game. Boniface Muchiri appeared to have injured his groin and was replaced by Henry Meja.

The substitute had a good chance in the 20th minute when he was picked out by a brilliant ball from Kevin Okoth, but his shot came off the side netting. 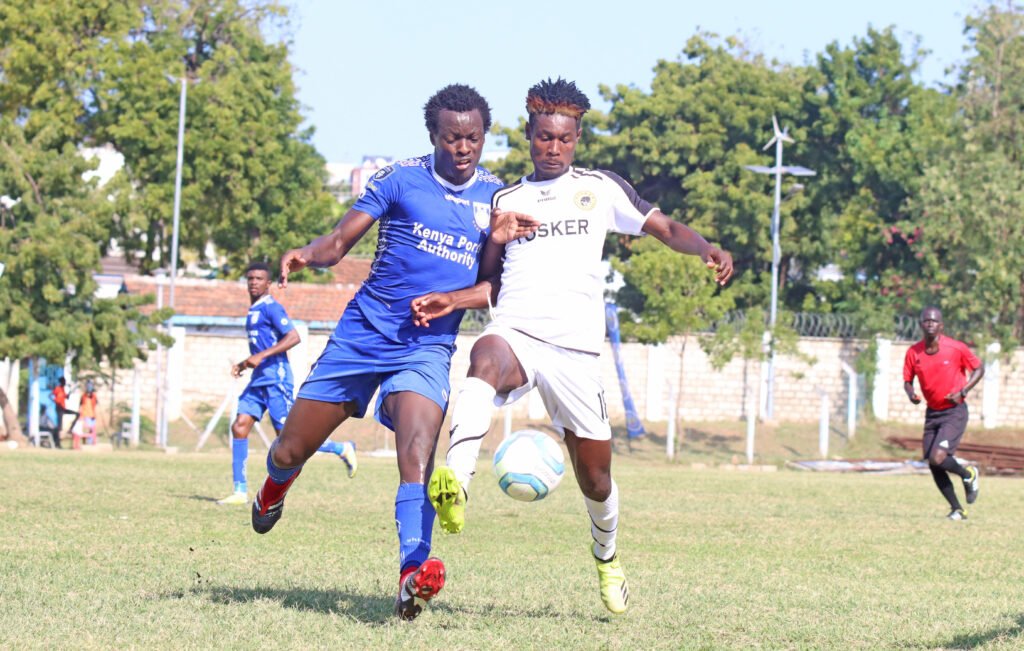 On the other end, Bandari were raiding the brewers and keeper Emery Mvuyekure made a great save in the 34th minute to block William Wadri’s header after the Ugandan sneaked in to head a corner from Abdallah Hassan.

But five minutes later, Tusker were in the lead. An infringement on Faraj Ominde gifted the victors a freekick. Ugandan Aloro stood behind it and curled it beyond the keeper for the opening goal. Tusker should have gone to the break 2-0 up but Meja missed a brilliant chance.

A low cross from Luke Namanda was flicked to his path, but the striker couldn’t beat keeper Michael Wanyika one on one.

In the second half, the home side came back stronger and it didn’t take long before they got back on level terms. Eugene Asike fouled Wadri at the edge of the box and youngster Idd stepped up, curled in a brilliant freekick past Mvuyekure. 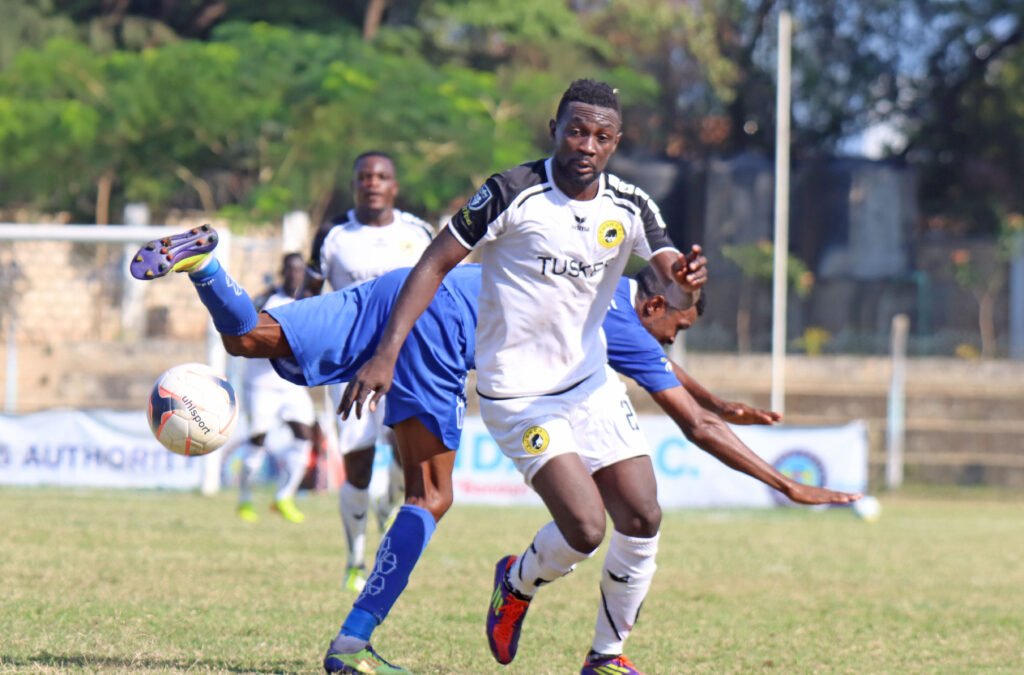 From then on it was all Bandari as Tusker seemed lost and dazed. Bandari played with flair and were comfortable on and off the ball while Tusker seemed to have tired off from the Coastal heat.

A rare mistake from Humphrey Mieno then gifted Bandari the winner. As they tried to play their way out from the back, Mieno’s pass to Aloro was intercepted by Mwita who strode into the box and calmly slotted past a helpless Mvuyekure.

Tusker were knackered after the second goal and despite trying to raise the tempo for an equalizer, they seldom left their half.

Meanwhile, Mathare United pulled itself out of the relegation zone for the first time this season after coming from behind to beat Kariobangi Sharks 3-2 in the Slum Derby. Daniel Otieno scored the winner in added time to lift Mathare all the way up to 15th spot.