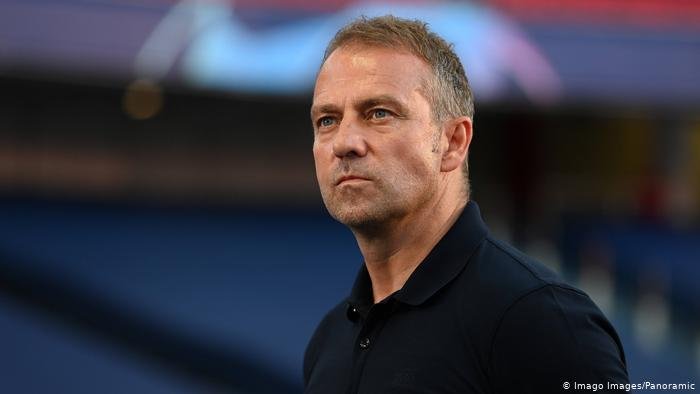 When push comes to shove and a managerial appointment just isn’t working out, saying goodbye and changing mid-season is often the right thing to do.

It’s harsh and quite often risky, with clubs most usually in the position hinging their survival hopes on the sack and switch. Managers aren’t always easy to come by, though, particularly in making sure to find the right one.

An interim or caretaker manager has the chance to book themselves into the main event, permanent role with a good performance on a stand-in basis. And while that doesn’t always work out, the interim spells deserve some credit.

Here are some of the most notable in history.

Roman Abrahimovic is not a man to joke with when a manager never performs, He is a man who believes a Coach should perform given no length of time. Your entry as a coaching staff at Stamford Bridge should always get you knowing that you can be sacked anytime of the day.
It’s even worse knowing that it kind of works. Di Matteo – a Chelsea hero already – stepped up following a rather drastic failure from Andre Villas-Boas. He took the job in March, where he won Chelsea the FA Cup, before going one better and winning them their first ever Champions League against Bayern Munich. The caretaker appointment of dreams.

Hansi Flick will be remembered by Bayern in all the years he has been there as their Head coach even as now assumed the office of Germany Coach ahead of 2022 World Cup in Qatar. Hansi Flick was named as the Bayern Munich head coach on a permanent basis, signing a three-year contract with the Bundesliga record champions in 2019. Flick originally took over at the Allianz Arena following the departure of Niko Kovac in November and proved a popular choice with players and fans, overseeing 18 wins in his 21 competitive matches in charge, during which Bayern scored 65 goals at an average of over three per game. Flick replaced Niko Kovac Despite winning the Bundesliga in his maiden season in charge, Niko Kovac was dismissed by Bayern in October 2019 following a string of poor results that left them in a real scrap to retain the title.

A World Cup winning Luiz Felipe Scolari was dismissed in February 2009, and Hiddink was drafted in to salvage a disappointing season – his first Chelsea stint. He split duties between Chelsea and the Russian national team, losing just once with the Blues and wrapping up with the 2009 FA Cup. Agonisingly close to the league title, they’d found a solid pair of spare hands in the Dutchman.

Stepping in after yet another Chelsea manager sacking, Rafa Benitez took interim charge of the Blues in November 2012. Despite the hostility surrounding previous comments as Liverpool boss, Benitez proved key. He guided Chelsea to a second consecutive European title as they won the Europa League, changing the fans’ perception of him as he also took the club to a third place finish and didn’t overstay his welcome.

For Bayern Munich age was just bu a number. a very own Tony Parkes, Jupp Heynckes has taken charge of the club on four separate occasions. Most recently was in October 2017, when Bayern tempted a 72-year-old Heynckes to take over until the end of the season. He won them the league, but refused to stay on and finally retired. A proper servant.

Having been groomed in the assistant manager role and being given responsibility of the Castilla side, Zidane was ready for the role in January 2016.
Zizou took over mid-season and would actually sign a longer term deal, and hit the ground running to go with it. Real finished La Liga runners up after ending Barcelona’s winning streak and clinched the Champions League against rivals Atletico Madrid. That was the beginning of the future.a future that has seen the former French Midfielder resign twice as the Club Manager.

As expected with Jose Mourinho, things got seriously bleak in his third season at United. He was eventually dismissed in December 2018 and United called on Solskjaer. The Molde boss essentially came in on a managerial loan, but went on a run of 14 wins from 19 games and took the job on a permanent basis. Where since then Ole on the wheels has seen him Build Manchester United finishing at the second spot last season and this season seen starting well after beating rival leeds to a 5-1 last weekend. he still has a bright future at the United having secured a defensive Centre back and playmaker this season.

Like the plot to your favourite romance film, it was poetic that club legend Dalglish would be the man to try and be Liverpool’s hero once more in 2011. With Roy Hodgson sacked, King Kenny’s second spell as manager began that January. By no means was it smooth, but he got Liverpool through the season and stayed on a little longer to win them the League Cup a year later.

Following Ryan Giggs’ legal troubles, Wales looked in all sorts of trouble heading into Euro 2020 that just completed a month ago and with assistant Rob Page burdened with the bulk of it. Suddenly, he was taking the nation to the tournament on caretaker basis. But with the pressure off, Page delivered and went beyond expectations as Wales reached the last 16.

Now full-time manager of Milan, Stefano Pioli’s 2019 appointment was meant to be a stop-gap before Milan pursued a more desirable name. But a pandemic happened, as did a three month football break, and the Rossoneri came back fighting under Pioli in 2020. The Italian made them look the strongest they had done in years and went unbeaten after the lockdown, booking himself into the gig and galvanizing a genuine Milan revival.

A hat-trick of Claudio Ranieri sackings, becoming the Manager after. Craig Shakespeare stepped up from his assistant role for the Foxes as the wheels came off their title defending campaign in February 2017. Shakespeare flew with the appointment, becoming the first Englishman to win his first four league games. Then came the full-time contract, and the inevitable dismissal. It’s a curse so to say.

Big Sam at his best, Becoming the first manager to manage both Newcastle and Sunderland was the milestone the Black Cats were willing to reach to ensure Premier League survival. Everyone’s favorite pint of wine drinker jumped into the role in October 2015 with Sunderland stranded in 19th, and guided them to safety in vintage Allardyce fashion before departing.

Manchester United legend Ryan Giggs managed four games for his Club. Sorry to bring up that season, Manchester United fans, but we had to. Following a disastrous nine months with David Moyes in charge as Sir Alex Ferguson’s successor in 2013/14, Ryan Giggs stepped in for United’s final four games of the season. Taking over that job is difficult as is, so to put your legacy on the line is risky. Giggs came away with two wins, a draw and a defeat. Commendable we would say.