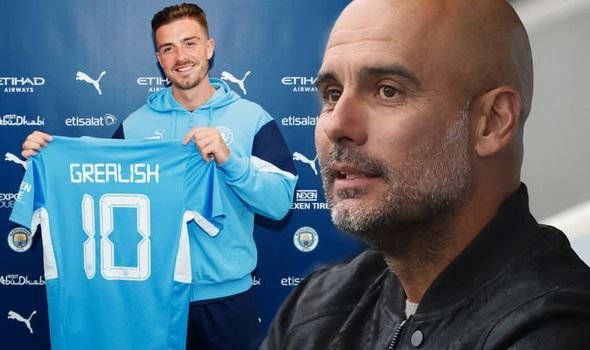 EPL | The most expensive starting eleven in 21/22 opening weekend

Guardiola fielded a starting eleven lineup costing a whooping £553.32m which is the most expensive in the Premier League’s history. Despite this, the Champions were humbled by Spurs as they lost the match 1-0 to the North Londoners.

The city lineup had Ederson Moraes in goal whilst every member of the back four that started the match, Nathan Ake, Ruben Dias, Joao Cancelo, and Benjamin Mendy each costing more than £40m each.

In the midfield was their £100m signing, Jack Grealish and alongside him was Fernandinho and Ilkay Gundogan costing just £50m.

Guardiola then played Raheem Sterling, Riyad Mahrez, and Ferran Torres upfront that amounted the total cost of the starting eleven to a record £553.32m.

Today here at Sports Leo we take you back to Friday when the first match of the 2021/2022 Premier League season kicked off when Arsenal traveled to newly-promoted Brentford up to Saturday when Norwich fielded the cheapest squad for the weekend against Liverpool analyzing the cost of each starting eleven. Note that we did not include players on the bench or players who came off the bench, we only take a look at the worth of the eleven players that started the match.

After winning the EFL Championship last season, Norwich was promoted back to the Premier League just a season after they went down. Their opening fixture was against the 2020 Champions Liverpool who had a more expensive squad. Goals by Diogo Jota, Roberto Firmino, and Mohammed Salah made sure Norwich was welcomed back to the PL with a loss at home.

Burnley fielded a relatively cheaper squad than two teams that were promoted from the Championship this season with a starting eleven worth £45.9m. They hosted Brighton & Hove Albion at Turf Moor for their opening fixture and ended up losing 2-1.

Having earned promotion from EFL Championship to the EPL this season, Watford fielded a starting eleven costing just below £50m and they enjoyed their opening weekend at Vicarage Road when they hosted Aston Villa. Watford won the match 3-2.

Playing for the first time in the Premier League era, the club may not know just how much the club’s budget is important but well,  they sat 17th in the log of the starting eleven costs and enjoyed their first match in the Premier League era trashing Arsenal with a starting eleven four times more expensive. Goals from Sergi Canos and Christian Norgaard sealed a 2-0 victory in front of a fully packed Brentford Community Stadium. 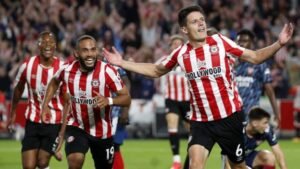 Brentford players celebrate after scoring against Arsenal on Friday 13, August 2021 in the opening fixture of the 2021/2022 PL season.
PHOTO: Courtesy

A team that has enjoyed top-flight football for quite some time, the Eagles faced London neighbors and European Champions Chelsea and it was a routine loss for them. Prior to this weekend, Palace had lost seven straight matches against the Blues and this weekend was no different as the Blues cruised past them winning 3-0 against. The new head coach Patrick Vieira fielded a starting eleven worth £68.75m

Traveling to Merseyside to face Everton, Ralph Hasenhuttl fielded a starting eleven without Danny Ings who departed to join Aston Villa. Despite taking an early lead, a comeback sealed a 3-1 victory for the home side at Goodison Park.

Probably the biggest losers of the weekend, Marcelo Bielsa fielded a starting eleven worth £83.09m as his side traveled to Manchester to take on Manchester United. United won 5-1 to make a painful start of the second Premier League since for Leeds since 2003.

Without a major signing and selling their own Ben White to Arsenal for £50m, Graham Potter fielded a starting eleven costing £96.61m in their opening fixture against Burnley at Turf Moor. Goals by Maupay and substitute Mac Allister sealed a 2-1 victory for the Seagulls.

With new manager Bruno Lage in charge after the departure of Nuno Espirito, club-record signing Fabio Silva who was signed for £35m was benched for the first match as they lost their opening fixture at Leicester. Had Silva started Wolves would have been higher in the list.

Steve Bruce fielded a starting eleven without club-record signing Joelinton who was signed for £40m. Despite having a squad worth more than £100m, the Magpies suffered their first loss in the opening weekend at the hands of visitors West Ham United who had a pretty much expensive eleven.

Just about £16m more expensive than their first opponents, David Moyes fielded a starting eleven costing £117.14m to hand him all the three points at Newcastle with a 4-2 win.

The FA Cup and Community shield winners enjoyed their first weekend with a 1-0 victory over Wolves at home, thanks to a goal by Jammie Vardy. 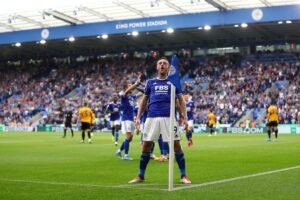 Despite losing the first match 3-2 to newly-promoted Watford, Aston Villa was the team behind the old ‘Premier League big 6’ with a starting eleven worth £163.76m.

With a starting eleven missing Christian Romero, Spurs eleven fielded by Nuno Espirito cost £175.14m as they defeated the Champions 1-0 on Sunday evening. This they did without star man Harry Kane.

The Champions of Europe was without record signing Kai Havertz and Premier League’s most expensive signing Romelu Lukaku with the two costing a whooping £185m. Thomas Tuchel’s side however won comfortably against Crystal Palace. 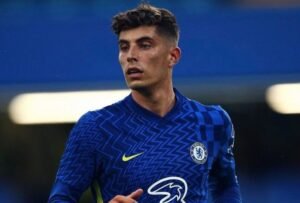 Kai Havertz came off the bench for Chelsea and was not in the starting eleven.
PHOTO: Courtesy

Probably had the worst opening fixture apart from Leeds. With a starting eleven worth £238.23m including new signing Ben White, Arsenal still lost to Brentford 2-0.

With Mohamed Salah, Diogo Jota, Alisson Becker, and club-record signing Virgil van Dijk all in the starting eleven, Klopp’s side had the third most expensive first eleven in the opening weekend of the 2021/2022 Premier League season. The expensive squad performed and won 3-0 against the squad with the least expensive squad, Norwich City.

With big-money signings, Paul Pogba, Aaron Wan Bissaka, Fred, Bruno Fernandes, and Harry Maguire all in the starting eleven, the red devils fielded the second most expensive squad in the weekend and the results proved they can play. United won 5-1 against Leeds United at home.

Despite this huge figure in the starting eleven, Manchester City’s bench would sit at the fourth place on this log as they had a bench costing almost £300m. Spurs still defeated the Guardiola side 1-0.

EPL | The most expensive starting eleven in 21/22 opening weekend