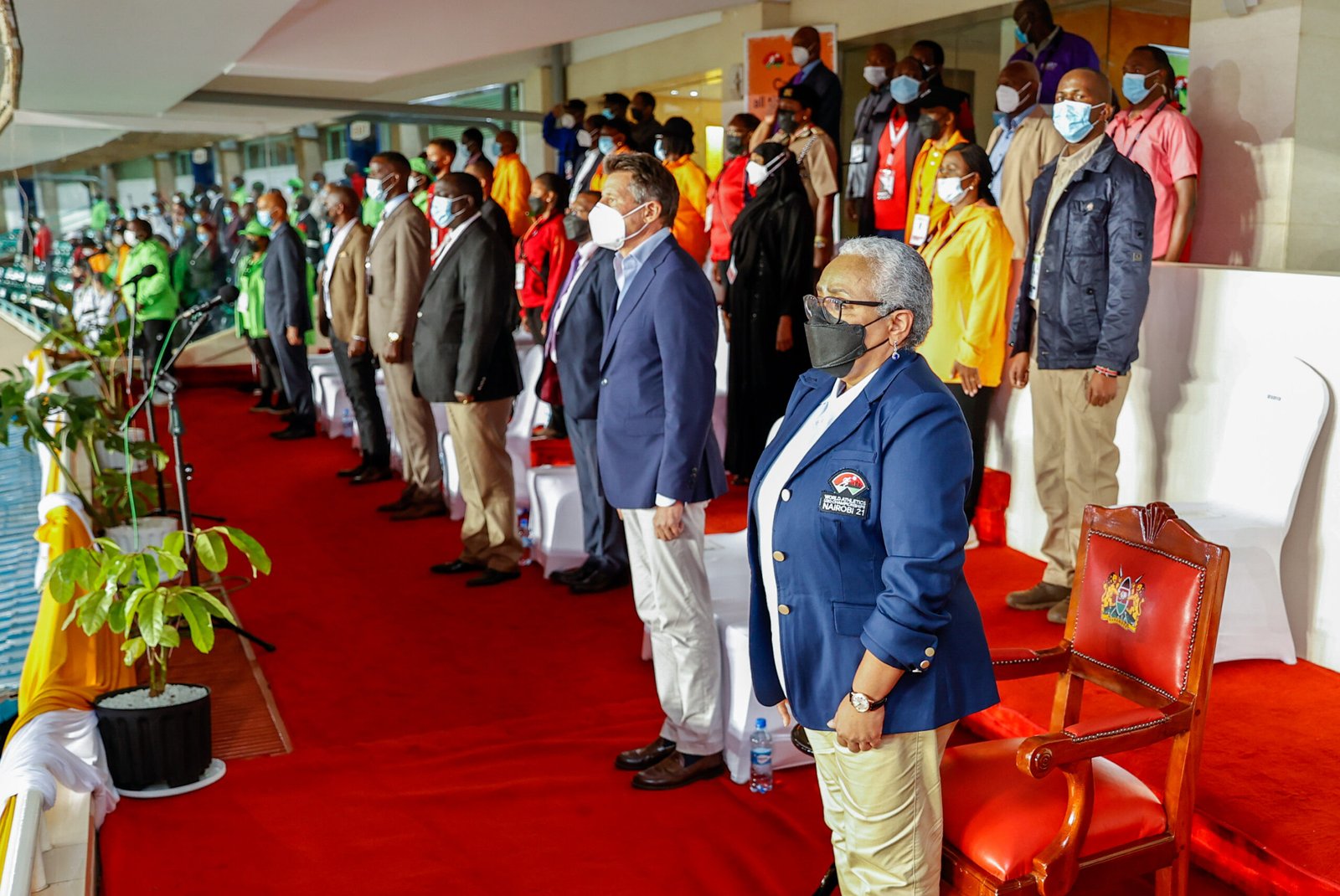 Devoid of the usual fun and flair that is usually associated with opening ceremonies, the start of the World Athletics Under-20 Championships in Nairobi was marked with a quiet and short occasion, presided over by First Lady Margaret Kenyatta at the Kasarani Stadium on Tuesday night.

With only a few invited guests and participating teams owing to restrictions imposed to curb the spread of the coronavirus, the event was short and precise, with minimal entertainment and speeches short, straight to the point.

Renowned artist Nyashinsky made a five-minute presentation of the Championships’ theme song, Keep Jogging, which is a rendition of his hit song Marathon runner. There was also a short choir performance just before the speeches, with African renditions hitting the air. 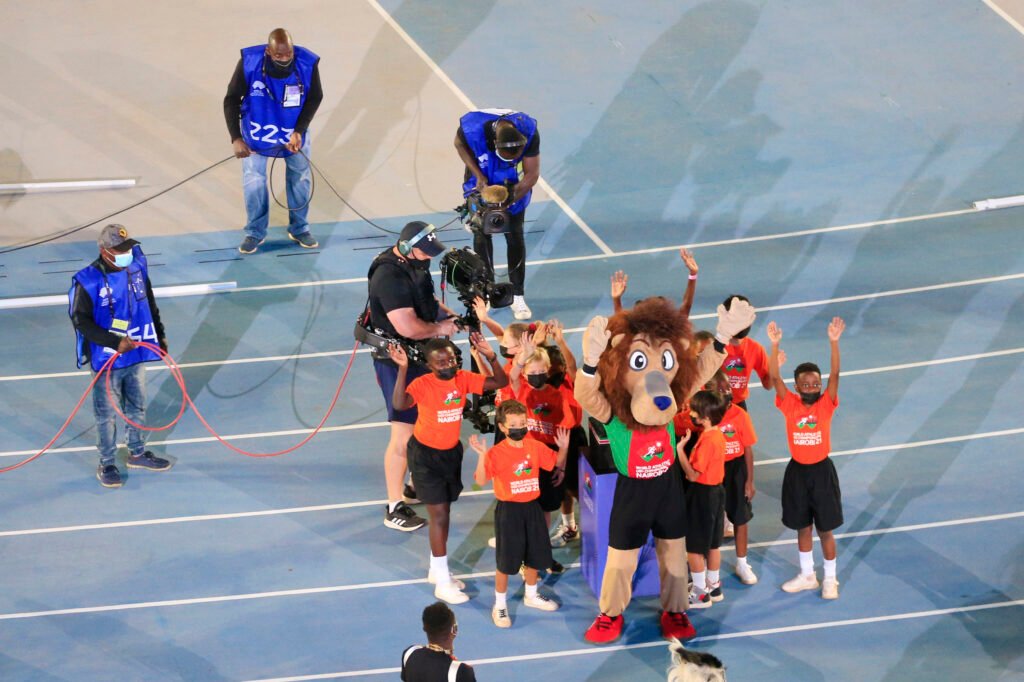 A short display of fireworks put a marker to the short ceremony as Kenya prepared to host another global showpiece.

The event was marked with the over 100 participating countries doing a march past, just as it happened at the Tokyo Olympics, with the highlight being eight children from around the world lighting the “ flame of youth” torch.

“As patron of this championship, I am impressed by the diligence and determination of the young men and women who are here in Nairobi to participate in this event that has drawn sporting talent from over 100 countries,” the First Lady said as she opened the event. 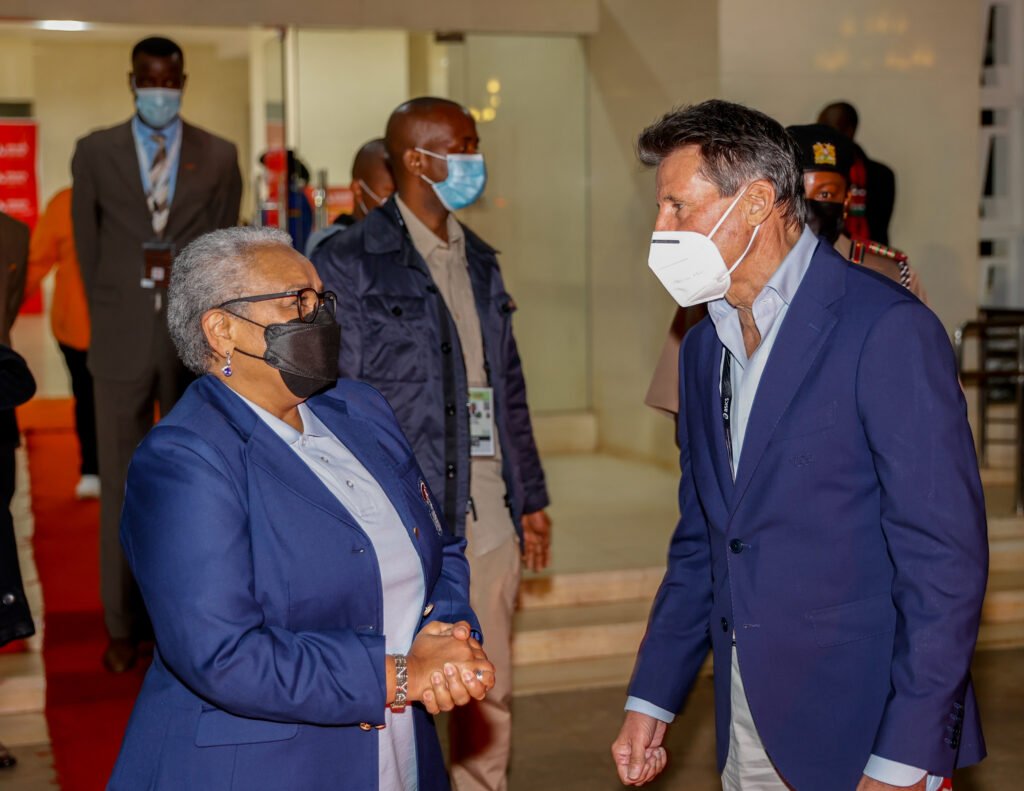 She added; “This is also a significant achievement for our continent because of the opportunity it affords different nations to position themselves as hosts of major world championships such as the one we are starting off today.”

Meanwhile, World Athletics president Lord Seb Coe remained confident that kenya would host a successful event despite the fact that it will be staged without fans.

Different from the World Under-18 in 2017 where there was an electric atmosphere with the 60,000 seater stadium filled to the brim everyday, this year’s event will be a rather quiet one.

“Those of us who were here in 2017 will remember that this was a fantastic championship. Sadly for us this year we don’t have the noisy, passionate and informed fans that Kenyan athletics has always produced but still this will be outstanding championship. Athletics in Kenya is like a religion,” Coe said at the pre-Championship press conference earlier on. 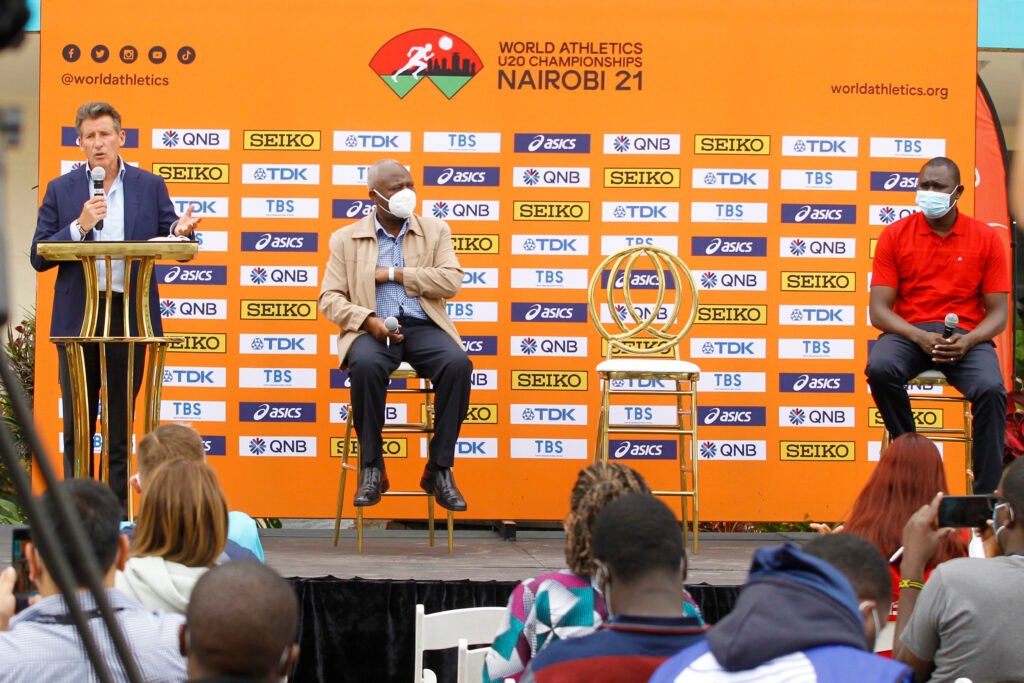 He added; “I want to thank the Government of Kenya, the Sports Minister, Athletics Kenya and the Local Organizing Committee for the effort they have put in to ensure that this event takes place. It has been challenging because of the times we are living in but they have ensured we are here,”

“The presence of the World Athletics in Nairobi for the U20 Championship is a huge tribute to the resilience and fortitude that has been displayed by Kenya in allowing us to deliver the championship to the world.”

Athletics Kenya boss Lt. Gen (Rtd) Jackson Tuwei has promised that Kenya will host a World Class event and has reiterated the country’s desire to ensure it clinches the top spot in the medal standings.

Meanwhile, Kenya will have an opportunity for its first medal on the opening day with the final of the men’s 3,000m climaxing the first day of action.

Kenya will be represented by the Keringet Athletics Club duo of Bernard Kibet and Daniel Kinyanjui in the hunt for medals. Kibet won the Kenyan trials in a time of 7:55.01, with Kinyanjui finishing second in 7:55.96. 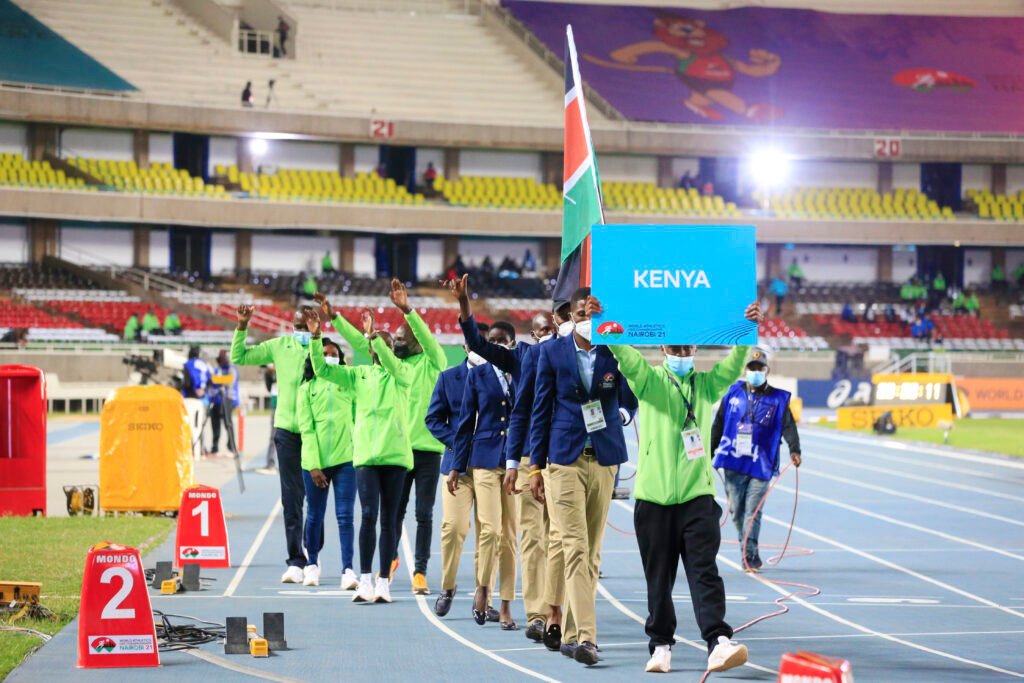 The Kenyan duo who are the third and fourth fastest in the field, will face stiff competition from an equally loaded Ethiopian field that has World Cross Country Under-20 silver medalist Tadese Worku and compatriot Ali Abdilmana.

Meanwhile, Kenya starts off the day with the heats of the 400m mixed relay which will be the event’s opening race at 9am. The Kenyan team will be in Heat Two, competing against Ecuador, South Africa, Italy and Nigeria.

At the same time, more Kenyans will be in action on the opening day with Dominic Kiprotich competing in the men’s shot out. He has the shortest throw in the field this season, a range of 14.05m.

In the women’s 400m, Sylvia Chelengat, with a season’s best time of 55.21 will be Kenya’s representative in the opening round and will be competing in Heat Three. In the corresponding men’s race, Elkanah Kiprotich, with a Personal Best time of 47.22 will race in Heat Two while compatriot Kennedy Kimeu, with a time of 47.13 will be in Heat Three.