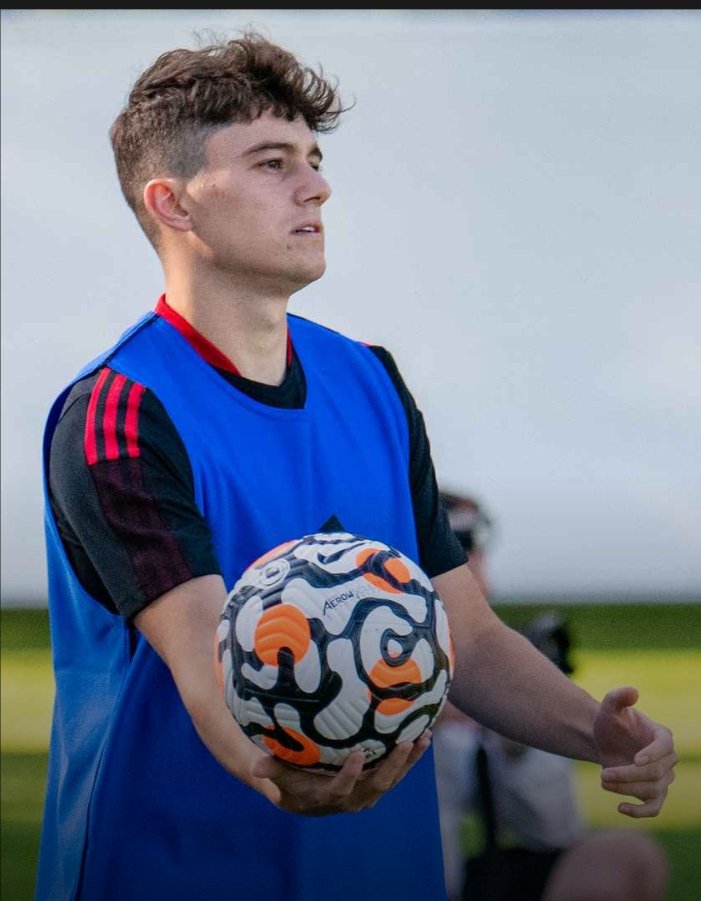 Monday afternoon, Manchester United players were out in training, at St Andrews in Scotland in front of four cameras after their arrival in the morning. 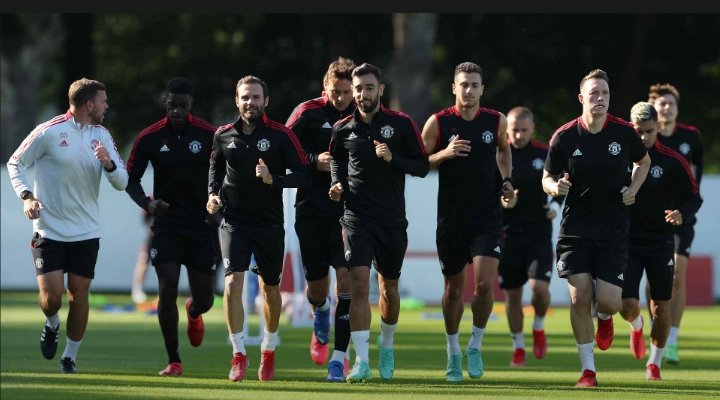 Several Manchester United players came back from their holidays joining the squad, ready to kickstart the season even as they head over to the Saturdays pre season game against Everton.

As United arrived in St. Andrews on Monday morning, captain Harry Maguire was one of those to be pictured back with the team, alongside Victor Lindelof and David De Gea.

Maguire enjoyed a fantastic Euro 2020, receiving plaudits from pundits across Europe, as well as in England, after a string of dominant displays at the back for the beaten finalists.

In a three day training Camp in Scotland ,players who joined the squad in the earlier dates caught up with the media and shared some of the experience s so far with the players and coaching staff.

According to Wales international Daniel James, the Manchester United squad has had a plenty of time bonding and thanks to their trips away to Surrey and Scotland but the whole group, including the staff. 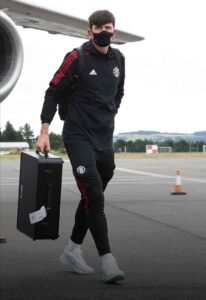 The Reds have enjoyed a week at a sunny camp in Surrey between friendlies against Derby County and Queens Park Rangers and are now at the picturesque University of St Andrews ahead of their final pre-season match against Everton on Saturday.

“It’s been great,” James said of the last fortnight, after returning to the club following his Euro 2020 exertions with Wales.

“It has been a little bit different. We’re used to being away abroad but obviously, due to the circumstances, we’ve gone to a few different places in the UK.

“We went to Surrey last week, it was really nice to get away – the weather was beautiful. We’re in Scotland now, a little bit of different scenery and it’ll be good to train up here. All focus on the preparation for the season now because it comes around quick.”

Daniel James who was talking to club media reporter said that the boys were loving their pool, Perudo and Uno at the moment.

“We had a pool tournament last week in Pennyhill where Chris the kitman ended up winning,” added the 23-year-old.

“It was great for us all to bond together. There was a lot of staff, a lot of players, and the tournament went on for ages, but Chris was the winner in the end. Us as boys the players, we all play Perudo together, we’re getting more and more playing every day.

“It’s great to come away. It’s different from training at Carrington every day where obviously you go home after. Here you train and then you’ve got a lot of time in the afternoon and after dinner to chill out and that’s when the boys would rather play a few dice and card games than go into their rooms.”

Anticipation is building ahead of the new season for players and fans alike, but first up, before Leeds United on the opening weekend of the Premier League season, is Everton at home in a friendly.

Speaking about the mouth watering pre season match James said that although it was the toughest pre season game they are facing they are determined to give their best.