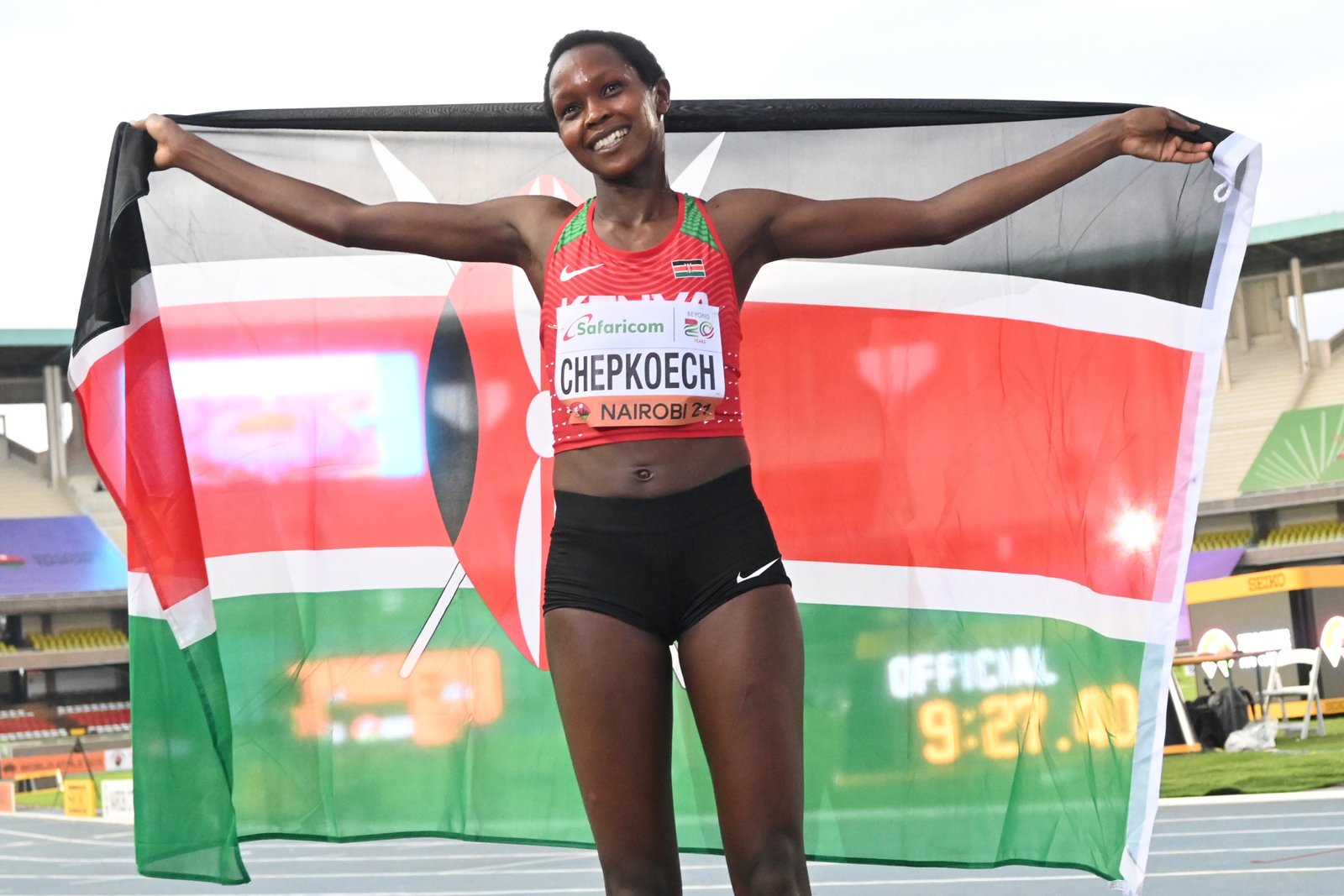 Kenya’s Jackline Chepkoech completely dominated the field as she clinched Kenya’s third gold medal at the World Under-20 Championships on Friday with victory in the women’s steeplechase.

Chepkoech was in a world of her own, running alone for almost four laps of the seven and a half lap race to clinch gold in a new Personal Best time of 9:27.28. Compatriot Faith Cherotich came home third for bronze while Ethiopia’s Zerfe Wondemagegn came home second for silver.

“I am so happy to have won gold today,” said Cheokoech who couldn’t stop smiling after completing the race.

She added; “I decided to go because I knew the Ethiopian was very strong with the final kick and I didn’t want to take chances. When I felt my body was okay and I had energy to go off, I just decided to increase the pace. It worked and I won and I am so delighted.” 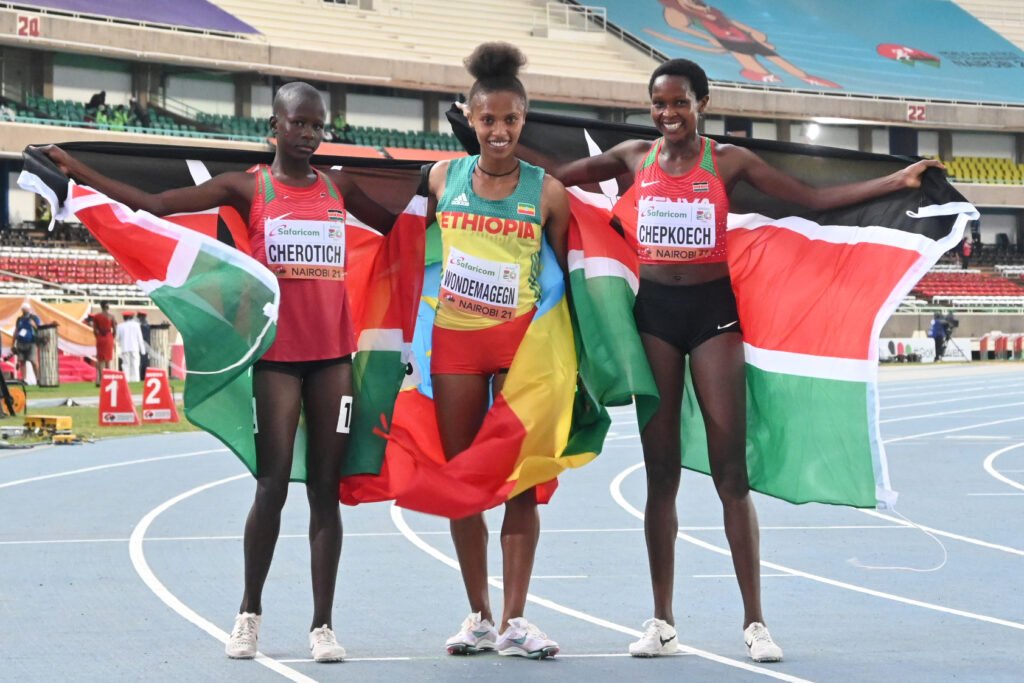 The three medalists in the steeplechase. PHOTO/World U20 LOC

Compatriot Cherotich disclosed that she suffered a foot injury midway through the race hence the reason why she dropped off her teammate and the Ethiopian managed to sneak in for silver.

“It was very painful but I looked back and saw that I had gone on very well and I had already secured a medal. I just decided to hang in there and finish number three. We had earlier planned to go for a 1-2 with Chepkoech but sadly it wasn’t possible,” Cherotich, a Form One student stated.

Cherotich and Chepkoech bolted to the lead straight from the gun. Chepkoech had signaled her teammate to move up the field just as they came round for the first 400m and from then, they stepped on the gas pedals and never looked back. 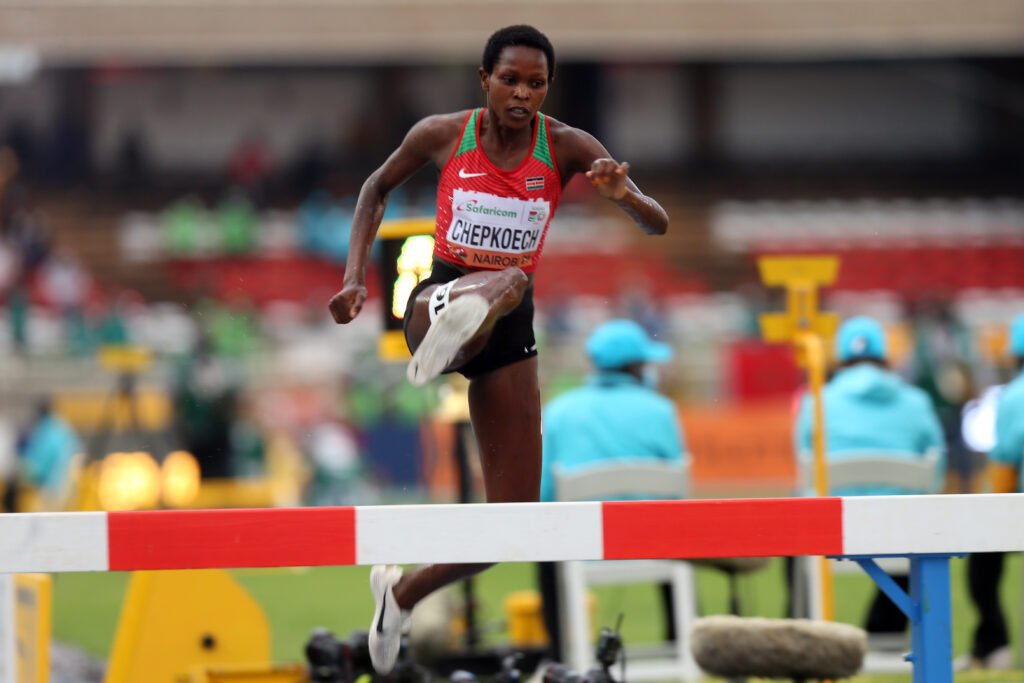 Jackline Chepkoech clears a hurdle at teh World U20 Championships. PHOTO/World U20 LOC

Ethiopian Zerfe hung around them as she decided to joyride on the pace and ensure she had a chance of medalling. With four laps to go, Cherotich thought the pace wasn’t doing her any good and decided to bolt, lapping other competitors on the way.

She maintained a steady pace and came home through for gold, lapping out the rest of the field save for Cherotich and Zerfe behind her.

Ethiopian Zerfe came home second in a time of 9:35.22 while compatriot Cherotich managed to clock 9:44.76.

Meanwhile earlier on, the duo of Amos Serem and Simon Koech also equally dominated the men’s steeple heats as they both earned tickets to the final. Koech comfortably won his heat in a time of 8:52.43 ahead of Ethiopian Samuel Firew. 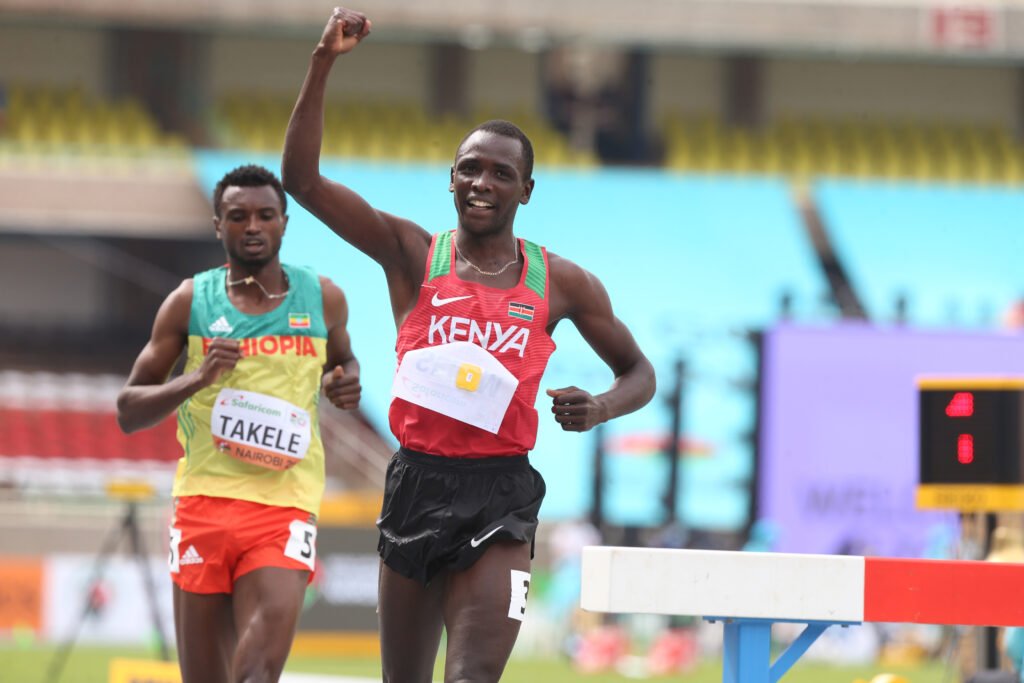 Koech led the race from start to finish, maintaining a steady pace and ensuring that the rest of the field were always at arm’s length.

Meanwhile, compatriot Serem won his heat in more entertaining fashion, letting Ethiopian Tadese Takele lead for the rest of the race before swiftly moving past him at the last water hurdle, passing him with pride.

The Kenyan was already celebrating at the home straight and lifted his hands to urge the crowd on, before sprinting past the Ethiopian and crossing the finish line in 8:29.98.