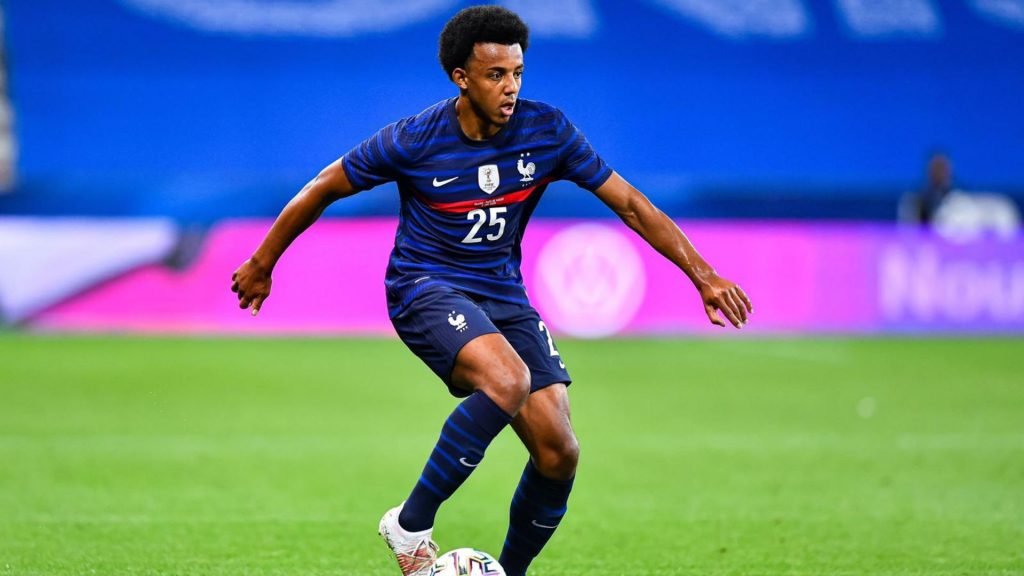 Chelsea has finalized the selling of players Ike Ugbo and Davide Zappacosta to Genk and Atalanta respectively, according to reputed sports journalist Fabrizio Romano.

The Champions League Champions have made just one high-profile signing this summer, bringing in Romelu Lukaku from Serie A Champions Inter Milan. The Belgian returned to the club from Inter Milan for a club-record €115m fee.

Chelsea is now eyeing the signature of an elite center back before the transfer deadline next week, and reports suggest that they are negotiating a deal for Sevilla’s Jules Kounde, having agreed personal terms with the defender.

The Blues are keen to gather funds for the Frenchman’s signature, and the progress has already started with Ugbo and Zappacosta leaving Stamford Bridge on permanent deals.

Ugbo had an impressive 2020/2021 season with Belgian side Cercle Brugge, registering an impressive 17 goals. He looks set to return to the Jupiler Pro League with heavyweights KRC Genk. 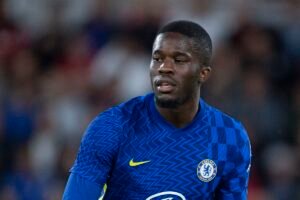 Ike Ugbo playing for Chelsea in the pre-season.
PHOTO: Courtesy

Genk has agreed to pay around €7.5m for Ugbo on a permanent deal. Zappacosta on his side has earned himself a high-profile move to Serie A club Atalanta. A €10m fee has been agreed upon between Chelsea and Atalanta for his transfer.

Defender Kurt Zouma could be the next player to leave Stamford Bridge on a permanent deal, with West Ham United agreeing on a €30m fee with Chelsea. Zouma and West Ham are, however, yet to sort out personal terms with Zouma demanding a pay rise from what he is earning currently at Chelsea. 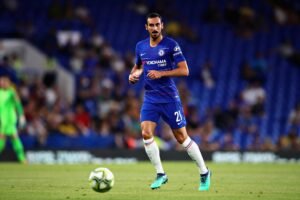 Davide Zappacosta playing for Chelsea in a past match.
PHOTO: Courtesy

Sevilla has made it clear to Chelsea that they won’t accept any part-exchange deals for Kounde, and they rejected €35m plus Zouma earlier in the summer.

The Frenchman’s buy-out clause has since increased from €80m to €90m since the first time Chelsea showed interest, but the La Liga side is open to accepting around €65-70m upfront.

The Blues have recouped valuable funds through deals for Ugbo and Zappacosta, and Zouma’s departure could pave the way for a fresh Kounde bid. The club has an overload of central defenders with Antonio Rudiger, Andreas Christensen, Cesar Azpilicueta, Thiago Silva, Trevoh Chalobah, Ethan Ampadu, Malang Sarr, and Zouma all competing for three spaces at the back under Thomas Tuchel.

While Zouma appears set to leave permanently, youngsters Ampadu and Sarr are likely to leave on loan, having spent last season on loan at Sheffield United and Portugal side FC Porto respectively. The Blues have a big decision to make on Trevoh Chalobah.

Chalobah stood out in his European and Premier League debuts, starting the UEFA Super Cup tie against Villarreal and the Blues’ Premier League opener against Crystal Palace, a match that he scored a stunner, but he could struggle for playing time if the Blues succeed in landing Kounde this month.

The initial plans by Tuchel and his staff were to send him on loan but his impressive form has made the club think about it. They could consider the same route such that Chalobah can earn more first-team experience before becoming a regular.