Arsenal legend Thierry Henry will always remain close to Arsenal Club and it’s fans.The all-time French international Top scorer was a genius in Arsenal squad. it’s near impossible to craft this into words but it is right to try and put words to describe this Man who Arsenals Credits for their glory ever since he was signed in 1999

It’s hard to know where to start from recounting Henry’s performance at the Emirates during his career but, August 2002 is as good a place as any.

This year, Henry had scored 32 goals, and won a silverware the previous season as the Gunners won the double, but Arsene Wenger’s side looked set to suffer their first Premier League defeat in 23 games when they fell 2-0 behind at Upton Park.

West Ham had ended the previous campaign with four straight home wins, and buoyed by the youthful midfield pairing of Joe Cole and Michael Carrick, they looked to have rebounded from an opening-day humbling at Newcastle when Freddie Kanouté put them two goals to the good in the 53rd minute. 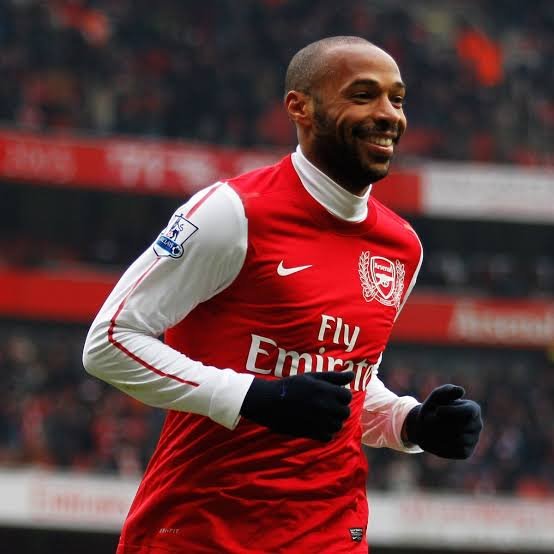 When Arsenal used the second of their three substitutions nine minutes later, it was heading to that stage of the game where the hosts would just have to keep things tight and ease towards three points.

In theory, Christian Dailly could have held the French striker off. In theory, David James could have got a hand to his strike from the edge of the box. But neither of these things were ever really in the realm of possibilities.

The former Juventus winger-turned striker had form for this sort of thing.

He had won the Premier League golden boot the previous season, while nearly two full years had passed since his goal-out-of-nothing settled an early-season meeting with Manchester United.

Henry would go on to do it again, of course, not least in the 5-1 win away to Internazionale which helped Arsenal temporarily salvage their 2003-04 Champions League campaign.

In fact, he would do it again, again and again for the Gunners, Barcelona, France and Red Bull New York.

But it is at Highbury where he was truly unstoppable. The Premier League has welcomed plenty of players capable of taking a game by the scruff of the neck, but few could do it with such regularity.

Having a player capable of turning it on once every few games and scoring a world a handful of times every season is nothing to be sniffed at, but Henry seemed capable of flicking the switch over and over for six years without any sign of diminishing returns.

Best of the best

When you look at typically prolific strikers, their modus operandi is almost the opposite of that preferred by Henry.

Those who preceded him Shearer, Cole, Ferdinand, Fowler, Solskjaer were prolific by virtue of their right-place-right-time abilities, even if there was more to their overall game.

Henry often scored not just more goals than his contemporaries but better goals, which is what marked him out as a unique talent.

He was almost a striker scoring midfielders’ goals, but scoring them over and over even when defenders and goalkeepers were used to his genius tricks.

The same conversation always crops up when discussing Arjen Robben. Who has done on countless occasion cutting defenders inside onto his left foot.

The same goes for Henry’s trademark finish, which involved him opening up his body and curling right-footed beyond the goalkeeper. And the answer is the same in both cases: he’s just that good.

In Robben’s case, opponents have the slight excuse of only occasionally coming up against a left-footed player on the right wing, meaning muscle memory can stop them from doing what they know is the only thing that can stop the inevitable.

Not so with Henry: teams come up against athletic and technical right-footed strikers all the time, and his move has sparked plenty of copycats. And still…

There’s something majestic about a Thierry Henry curled finish. There’s the contrast in speed between player and ball, the latter somehow both accelerating and standing still at the same time while refusing to obey the laws of physics when contrasted with the movement of the player himself.

There’s the nagging doubt that maybe, just this once, he might try something different: maybe he’ll round the goalkeeper, or wait for him to move to his left and stroke the ball into the unguarded net.

And then there’s the coup de grace: the fact that – while fear of embarrassment might leave the keeper in a sub-optimal position – it really doesn’t matter. That’s because, even on those occasions where they get everything right, there’s still nothing they can do.

The ball always finds that spot just outside their reach, like that dream where you’re scrambling to reach the top of a hill which continues to evade your grasp each time you move nearer. 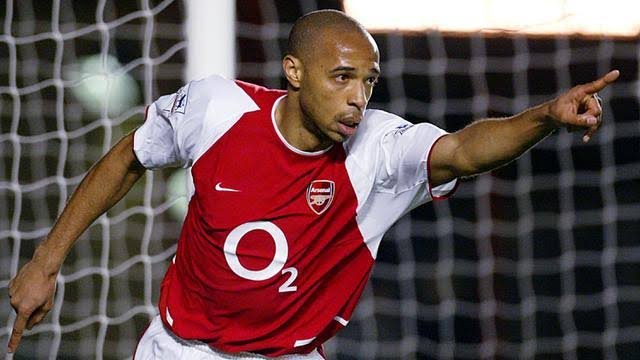 You can try to psyche him out, but it won’t work. You can try to anticipate the shot, but he’ll somehow find a way to expand the goal with his mind, ensuring that if you move an inch to close the ground, he’ll somehow leave himself with an inch and a half more space to aim at.

One in a million

All of that, of course, is before you remember all the other goals Henry was capable of scoring.

I’ve already waxed lyrical about the strikes against West Ham and Manchester United, but then there’s this, against Charlton Athletic.

To score when you’re being held and – let’s not understate this facing away from goal with a defender and goalkeeper between you and the line feels like cheating. Frankly, a lot of what he did felt like cheating.

Arsenal have had some exceptional strikers in the years since Henry moved on.

Eduardo was briefly an exceptional poacher, Emmanuel Adebayor has a claim for the honour of the best striker in the Premier League for a short time, and Robin van Persie was as close to a complete front-man as we’ve seen of late.

Their mistake, however, was thinking that one man could replace what Henry offered. But there will never be another Thierry Henry.