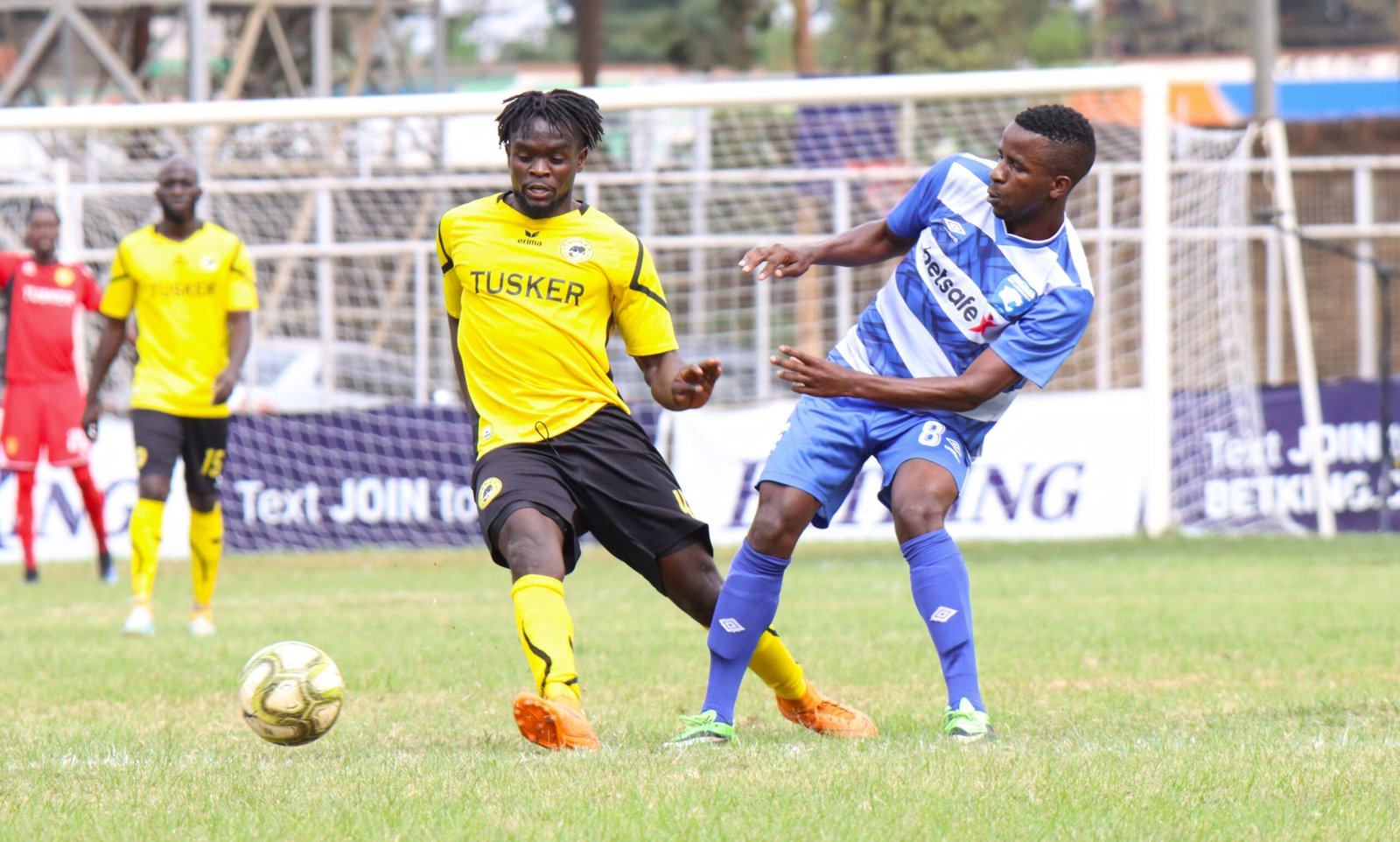 Tusker FC moved a step closer to clinching their first Kenyan Premier League title since 2016 after beating AFC Leopards 2-0 in Thika on Friday to extend their lead on top of the standings to seven points.

Chris Onyango struck a brace as the brewers moved to 54 points, seven ahead of second placed KCB who play Wazito in Thika later on Saturday. Leopards meanwhile have dropped 11 points off the pace and now see their title dreams all but diminish.

“I am really pleased with how we played today though not entirely good. The most important thing was to win and we have managed to get that. Now we focus on the next game,” said Tusker boss Robert Matano.

His opposite number Patrick Aussems was full of praise for his side despite the loss; “We were without up to 12 players for this game and to be honest I am proud of my players. Tusker had two chances, with two goals. For us, we were not efficient infront of goal and that was our problem. But anyone who watched the game on TV surely enjoyed how we played,” said the Belgian tactician. 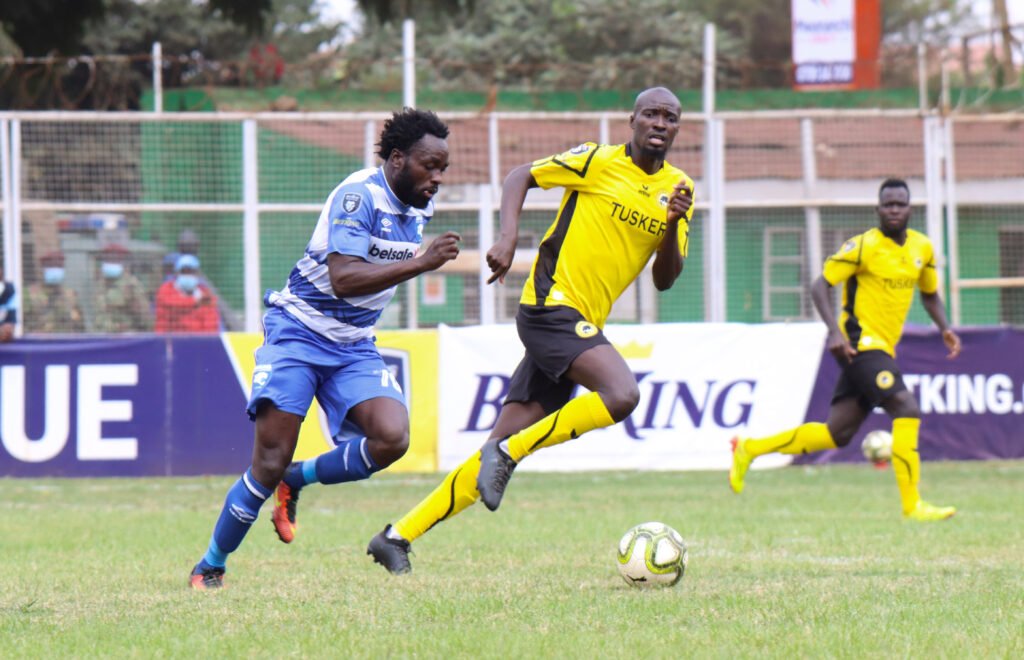 Tusker knew that only a win would put them into a comfort zone as far as the title hunt is concerned and they were off to a good start, prodding the AFC backline in search of an early goal. George Odhiambo was the first to test out an effort at goal when he found some space to cut in on the right but his shot flew inches wide.

Two minutes later, Chris Onyango saw his header fly wide after rising unmarked at the edge of the six yard box to connect to a Chris Ochieng cross from the left. The brewers were exploiting AFC’s right channel of defense, trying to make the most of Collins Shivachi’s error prone nature and lack of speed.

The brewers kept their pressure and were rewarded on the quarter hour mark wjen Onyango broke the deadlock with a calm and composed finished when he controlled Rodgers Aloro’s freekick inside the box before planting the ball into the bottom left corner.

Tusker were forced into a change after 25 minutes when Odhiambo had to be stretchered off after a heavy bang from Shivachi on his stomach. Jackson Macharia came in to replace him. 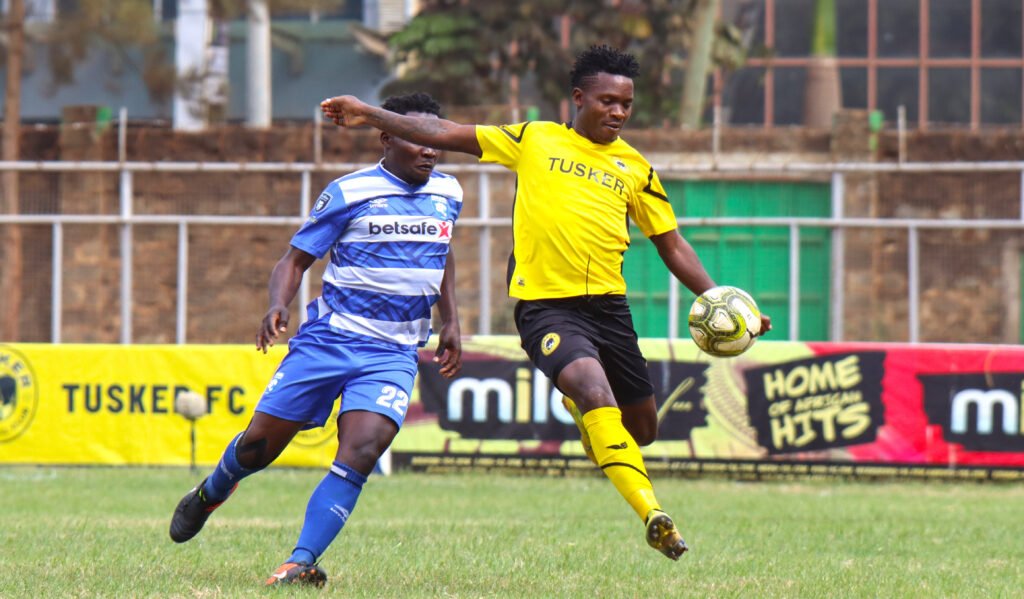 In the second half, AFC came back stronger, but had their fight punctured just five minutes after the restart when Onyango doubled his tally. The forward rose to chest down Sammy Meja’s cross from the left for his namesake Ochieng to take a strike at goal.

Keeper Ezekiel Owade spilled the shot and Onyango was quickest to react, tapping the ball home for the second goal.

But, AFC were relentless in their hunt for two goals and it turned out to be a battle between them and Tusker keeper Emery Mvuyekure. Peter Thiong’o came close for Leopards when he rose highest inside the box to head from a cross on the right, but his effort was over.

Rwandese keeper Mvuyekure made a decent save in the 55th minute when when he sped off his line to block off a one on one effort from Bienvenue Shaka. 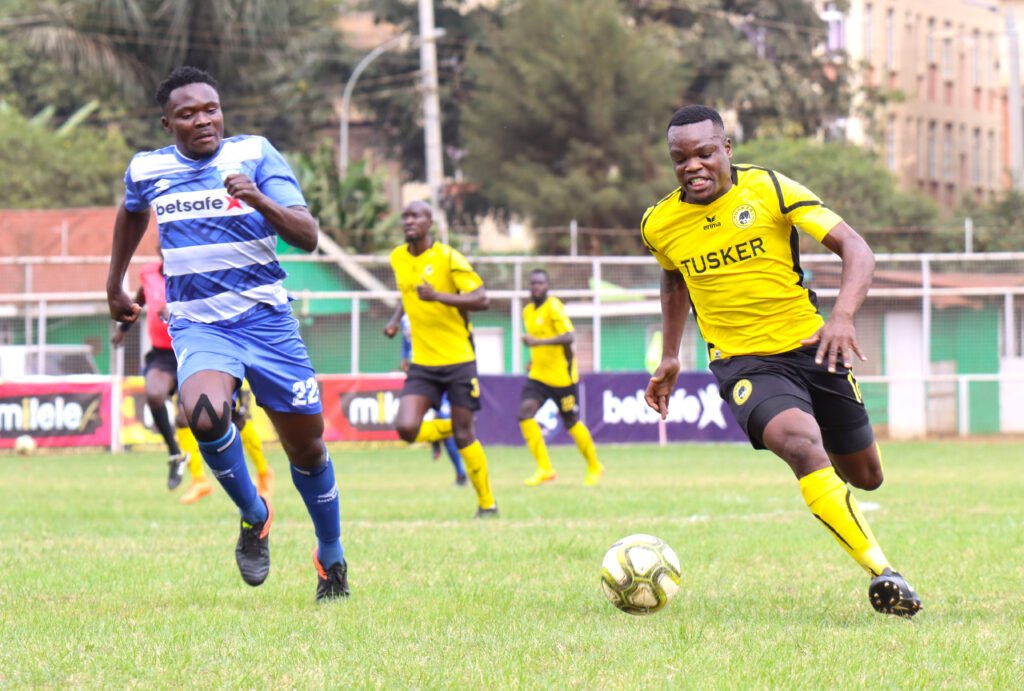 In the 70th minute, the keeper was exposed once again when Hansel Ochieng ran behind the defense, but the Tusker custodian, later named man of the match made another vital block.

Ten minutes later, Tusker were on the receiving end once again and they had to rely on Emery’s flexes to keep them in the game. AFC won a freekick from distance on the left, Peter Thiong’o stood behind it and curled it over the wall, but the Rwandese keeper rose beautifully to tip it over for a corner.

AFC piled in the pressure and forced Tusker to play on the back foot. The brewers had made attacking changes with Eric Zakayo coming on for Brian Marita, but still they couldn’t hack past the Leopards who were pressing them into their own half.

The Leopards could not get that much needed goal as Tusker held on to revenge for the two other losses they had suffered at the hands of Ingwe this season.