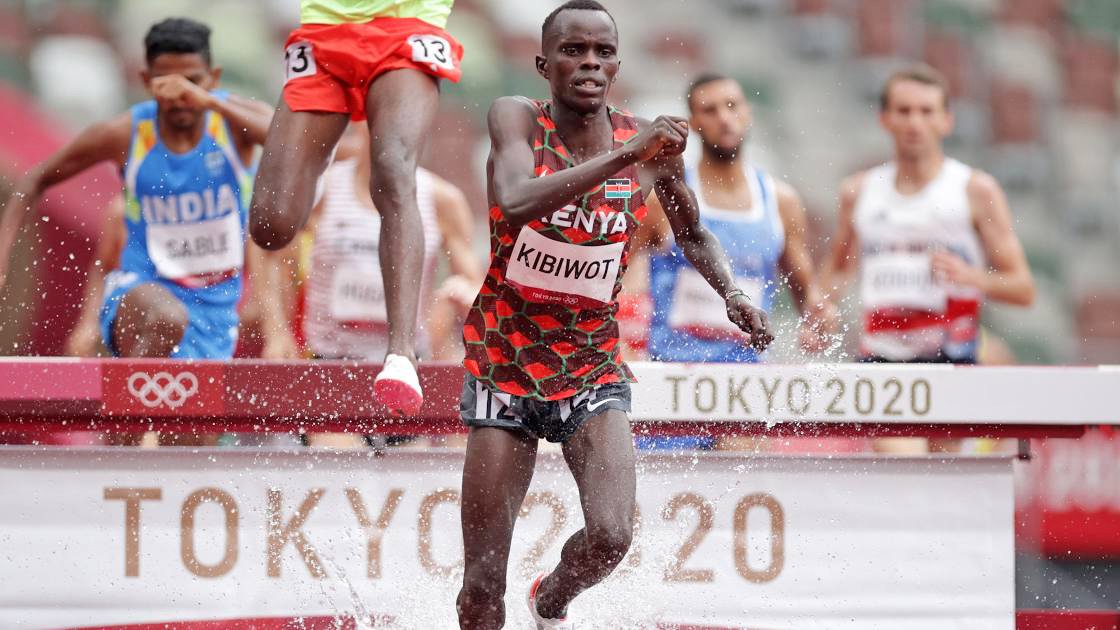 Abraham Kibiwott and Benjamin Kigen progressed to Monday’s final of the men’s 3,000m steeplechase while Mary Moraa booked a slot in the semis of the 800m as the Athletics program gunned off at the Tokyo Olympics on Friday.

There were three casualties as well with Leonard Bett failing to make the steeplechase final while 2013 World Champion Eunice Sum and Emily Tuwei could not break into the 800m semis.

The biggest shock of the morning was in the steeple where Kenya’s usual ambition of a podium sweep was broken with Bett missing out on a place in the final after finishing fifth in his heat, outside the top three automatic slots.

“The slow pace made it harder because there were so may people in the front and getting space to run was hard. People were stepping on each other and I think that spoilt it for me. This was my first Olympics and I wanted to fight for a medal but it is unfortunate I am out,” said Bett.

In an extremely slow heat, Bett, the 2017 World Under-18 steeplechase champion paid the price for sticking to the back too much and only trying to kick in the final 50m of the race.

The 21-year old stuck to the back for most of the opening laps and only jolted his pace upfront with two laps to go. But, he was boxed in the middle of the leading pack and found trouble trying to get off.

When he ultimately did so in the final 200m, he found himself running on the outer lane with a gap infront of him. His last dig to try and get into the top three was futile. The slow pace of the heat did not help him clinch one of the six available non-automatic slots.

Meanwhile, Kibiwott easily won his heat with a comfortable time of 8:12.25. Kibiwott didn’t take chances and kept to the front pack throughout the race.

With two laps to go, he was up top of the field. At the bell, Ethiopian Getnet Wale was in the lead, but the Kenyan ensured he powered his way back to the front at the last water jump and adding more space at the final barrier to win the race.

Compatriot Kigen also progressed after finishing third in Heat One which was won by Ethiopia’s Lamecha Girma. The Kenyan clocked 8:10.80 behind winner Girma and Japanese 19-year old Miura Ryuji who ran a new national record of 8:09.92. 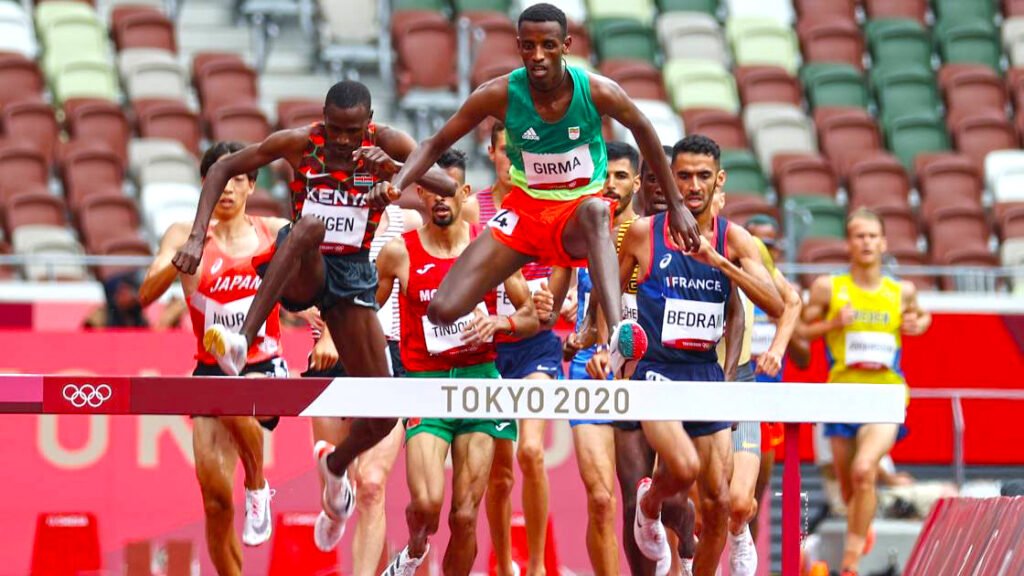 Ethiopian Girma took charge of the race in the final three laps and when it seemed that it would be him and Kigen fast and second across the line, Japanese Ryuji powered through after the last hurdle to squeeze into second.

Kenya will now look to ensure they continue the tradition of winning the steeplechase, having won consecutive titles since the 1984 Games.

Kibiwott is confident that Kenya can retain the title.

“We know that Kenya is historically the king of the steeplechase and we will make sure we retain the title. We will talk with Kigen and plan on some good teamwork heading to the final. We know it will be tough because of the Moroccan and the Ethiopian but we are determined to bring gold to Kenya,” he said.

Meanwhile, Mary Moraa will be flying solo in the semi-finals of the 800m as she was the only qualifier among the three Kenyans.

Moraa who stepped up from the 400m race finished third in her heat with a good finishing kick, clocking 2:01.66. 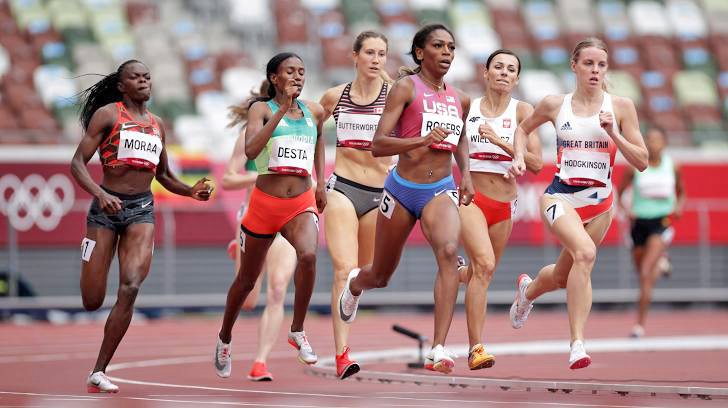 “It has been a really challenging period for me because since the start before leaving Kenya. I had been told that I was COVID positive when the first batch was leaving but when I tested four other times, I was negative. When I was at the airport ready to leave I was almost stopped from leaving because of the first test but I want to thank Team Kenya doctors who ensured everything was okay for me,” Moraa said.

She added; “I am happy to make the semis in my first ever Olympics and now the hope for me is to run well and get to the final.”

Kenya’s other representative, overall team Captain Eunice Sum, missed out of the semis after finishing sixth in her heat in a time of 2:03.00.

Sum could not sustain the final kicking power after looking to be on course for a fight at the bell. She lost out steam in the last 200m in a race won by Jamaica’s Natoya Goule who clocked a sub-two minute finish, stopping the clock in 1:59.83.

Tuwei, the other Kenyan in the contingent finished last in her heat.