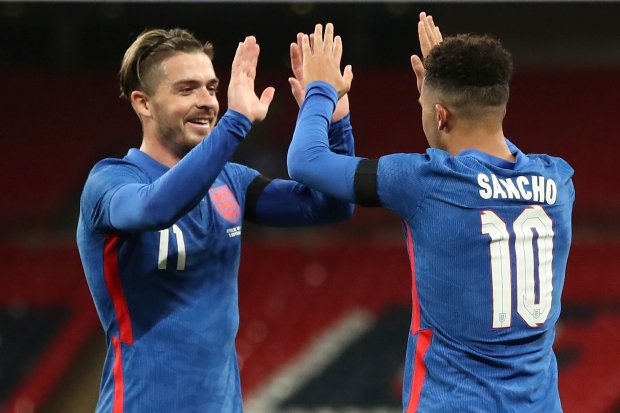 English and Aston Villa Captain Jack Grealish is Manchester City’s next Target this Summer, with the Captain on a four years left Contract with the Aston Villa, SportLeo can authoritatively report that Manchester City have opened talks with Aston Villa over the potential signing of Grealish.

It is understood that Aston Villa are not interested in selling Grealish out and have offered him a new and improved contract to try to persuade him that his future lies at Villa Park having signed the contract last year on September.

Manchester City is running against time to secure the star, after Manchester United bought Jadon Sancho from Dortmund this summer in what is seen as the domestic rivals want to dominate the Premier League come next season. 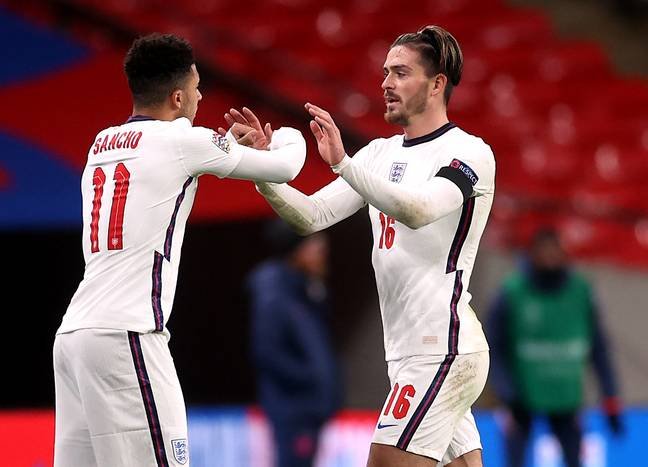 There’s no doubt that if Grealish makes the move to the Etihad Stadium, as Sancho has done to Old Trafford, either player could go on to decide where the Premier League title ends up in.

So if all the above happens and hopefully Manchester City signs Grealish from Villa what will the two rival Manchester Clubs boast about their Summer signings? well lets look at the statistics and definitively find out which of Sancho and Grealish is in fact the better player.

Premier League fans will of course be no strangers to Grealish ability to dance through opposing players and offer a real threat in the final third for his club.

Last season the 25-year-old attacker scored no less than six goals in the Premier League and further one in the League Cup to make it seven in total from 27 appearances. Which equates to 0.21 goals per 90 minutes of football. 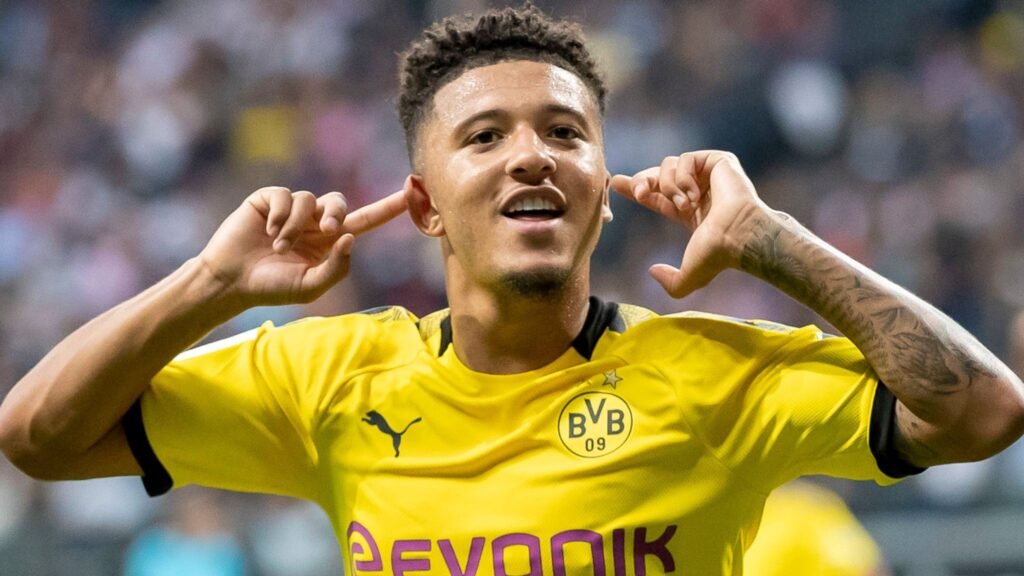 As impressive as that may be, it actually pales into comparison when we line the Villa player up alongside Sancho’s own record for Dortmund. Throughout the course of the last season, the former Man City youngster bagged no less than 16 goals in all competitions – including two in the Champions League – in 38 games. Which averages out at 0.46 per 90 minutes.

In other words, Sancho scored goals for his side at twice the rate as Grealish did for Villa last season. And while there may be something to be said for Sancho playing for a bigger team that tends to dominate their domestic opponents, it’s still a sizable leap for his foe to match if the new Man Utd attacker can repeat that kind of form next season.

Any modern forward is expected to create goals just as routinely as they score them and here we can see that Grealish has once again thrived for Villa.

Grealish defines a ‘talisman’, but he also possesses exceptional close control, which drew a league-high 110 fouls last term, some 22 more than any other player – a staggering statistic when you consider he missed a third of the season through injury. 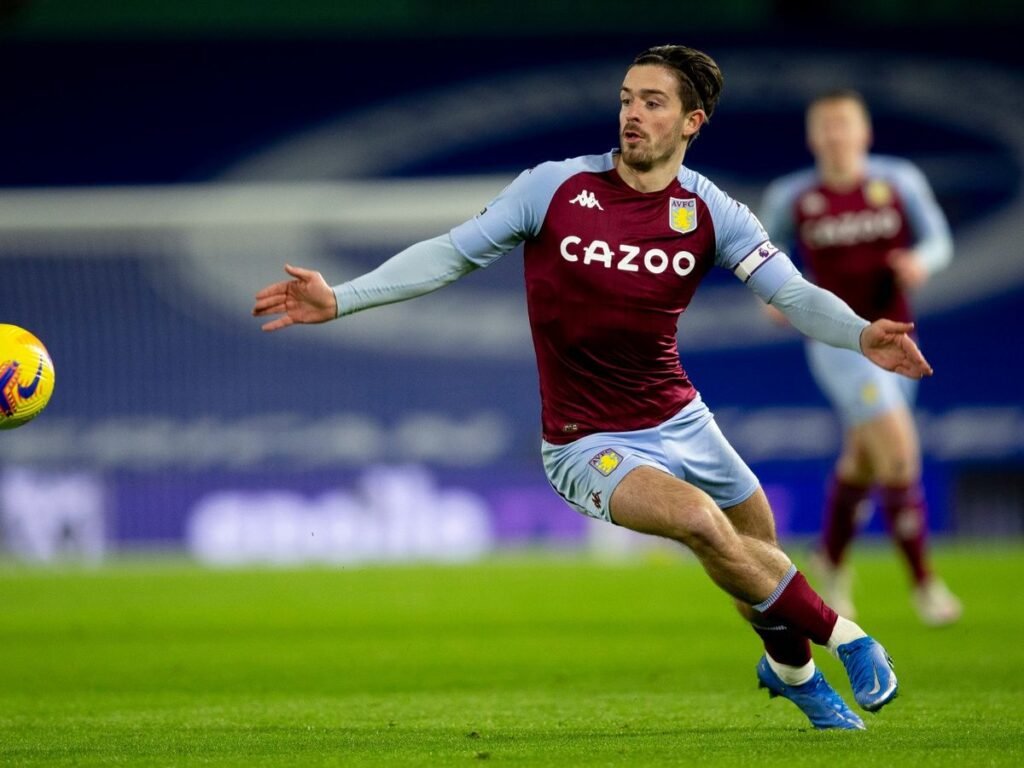 If you look closer, in terms of goal creation per 90, Grealish belongs to a ruling class of two: the only player to register superior numbers last season was potential future team-mate Kevin De Bruyne.

Last season the 25-year-old England international picked up no less than 12 assists – twice his goal tally – for Villa in the Premier League and finished with an impressive average of 0.38 assists per 90.

However, to the delight of Man Utd fans, this is another area that Sancho beats his potential cross-city rival in. Last season the winger bagged an impressive 20 assists in just 38 games for the Bundesliga side and as a result averaged an even better average of 0.52 per 90.

Jadon Sancho is undoubtedly one of Europe’s best creators, alongside Lionel Messi. The Englishman is normally positioned on the right wing but is equally capable on the opposite flank where he is given more opportunities at goal. In games, he would normally occupy the half spaces whenever the wingbacks are holding the width, this opens up more passing lanes for him to conjure up opportunities. 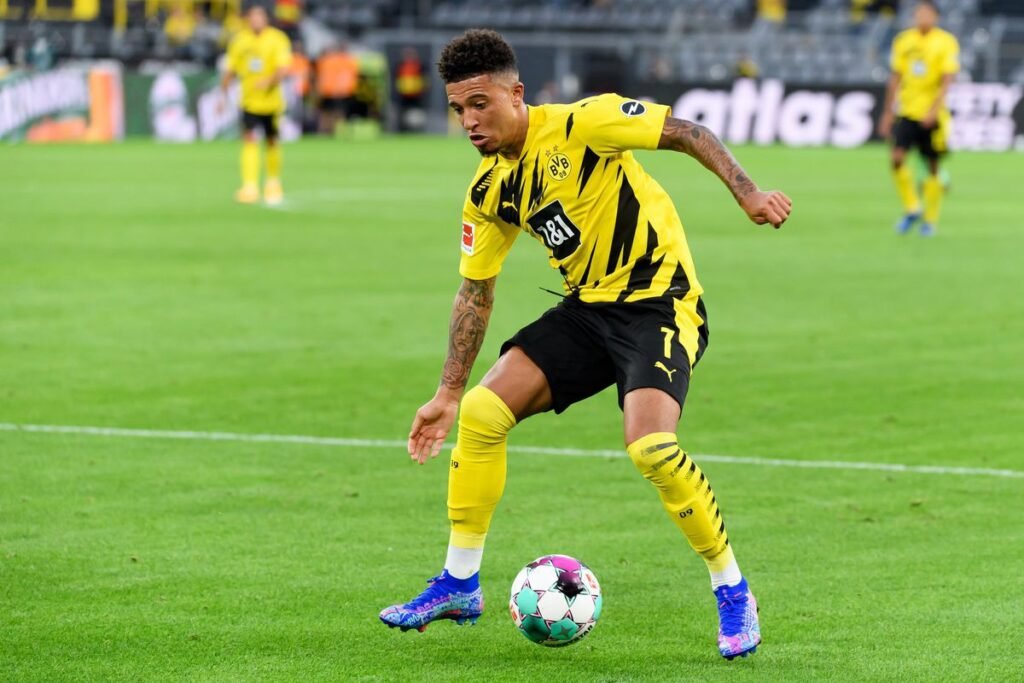 Of course, there is a lot more to a player’s worth for his new club than just goals and assists but on paper it would seem as though Sancho is the more productive player.

However, City fans can perhaps take assurances from the fact that Grealish is already a proven talent in the Premier League and would surely improve his goal scoring and playmaking numbers in a more dominant side.

Equally, Sancho may take some time to adjust to the Premier League and may not be afforded the same time and platform to shine as he currently had at Dortmund.

Perhaps the Argument of who is better than the other will of course not end today until the next season arrives and ends, but as statistics stands as of now Sancho is much more productive, but now having switched from Dortmund to Manchester and a completely different atmosphere and League Sancho has more to work on himself to retain that which he achieved in the Bundesliga, bearing in mind that The premier League is one of the difficult League’s in Europe.

Many players have come and Flopped so it wont be a new thing if things fails to work on him but we wish him the best of Luck at Old Trafford.