Inside the life of Jennifer Brady, an American tennis player 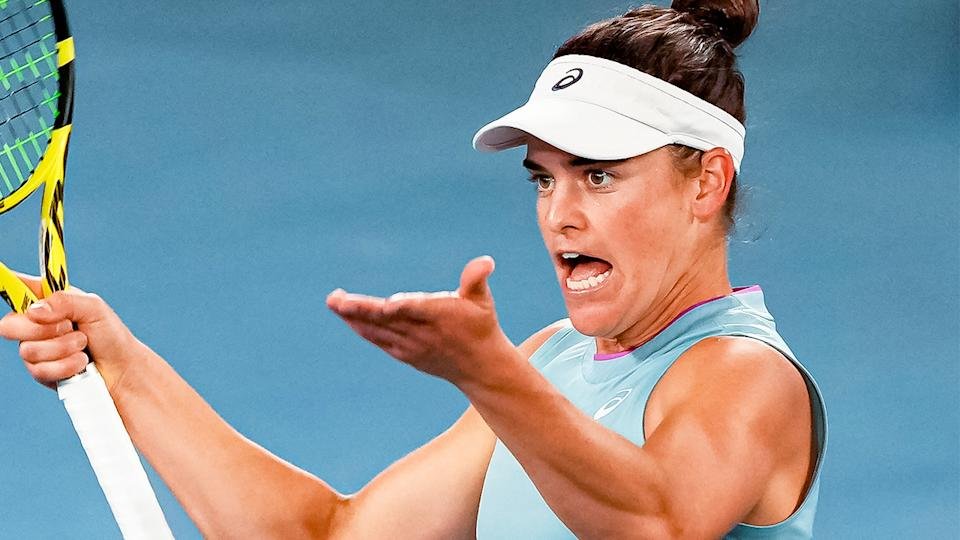 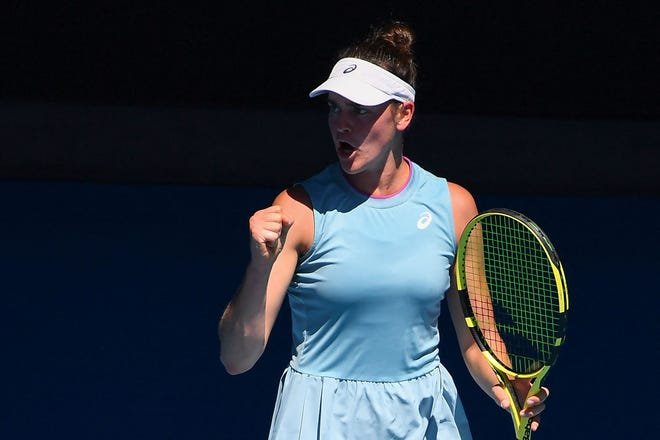 Brady’s parents are Patrick Brady and Elizabeth Brady. She also has a sibling named Jessica Brady. She has a height of 1.78 m.

Jennifer made her Grand Slam debut at the 2014 US Open. She has won one WTA singles title, one WTA doubles title as well as four singles. The tennis sensation has as well won five doubles titles on the ITF Circuit.

Brady has been a long time recognized and celebrated tennis player. Her special talent has been of great inspiration to all aspiring tennis players. She has positively impacted the tennis court and that has escalated her to higher heights in her career.

Jennifer Brady has competed with several tennis starlets. She has been in the field with players like Naomi Osaka, Maria Sharapova and Ashleigh Barty among others.

The award-winning tennis player first rose to prominence in 2017. That was during her surprise run to the fourth round of the 2017 Australian Open as a qualifier.

Jennifer Brady reached the fourth round of the 2017 year’s US Open. She outshined Barbora Strycova and Monica Niculescu. That was prior to falling to the then-world No.1 Karolina Pliskova.

The tennis starlet had a fair share of injuries including during the 2019 Australian Open. She returned to prominence in singles in 2020. She defeated Maria Sharapova and recorded her first No.1 victory by defeating Ashleigh Barty at Brisbane.

Jennifer started her professional career in the year 2014. In between 2014 and 2016, she won four singles and five doubles titles on the ITF Women’s Circuit.

The tennis player first played in the main draw of a WTA 125K series tournament at the Carlsbad Classic in November 2015, reaching the semifinals. In September 2016 on the WTA Tour, she reached the quarterfinals at the Guangzhou International Open, in singles and doubles.

At the Australian Open, Brady reached the singles main draw of a Grand Slam tournament for the first time. That was after winning all three of her qualifying matches.

Her Australian Open success made her obtain a spot in the main draw of the remaining three Grand Slam tournaments. Unfortunately, at the French Open, she lost her opening-round match to the 13th seed dubbed Kristina.

Jennifer Brady lost at Wimbledon in the second round to the eighth seed in straight sets. However, she made wins at the US Open.

Due to her Grand Slam success in 2017, she was able to get into the main draw or qualifying draw for several Premier-Mandatory and Premier-5 tournaments but was unable to win a match in the main draw of any of these tournaments.

In 2018, Brady made more wins in doubles than in singles. She reached the quarterfinals in doubles of the Australian Open in January. Additionally, she reached the final of the WTA 125K series Indian Wells Challenger in March.

In 2019, Brady made impressive efforts. She escalated career-wise. She began the year by reaching the semifinals in doubles of the Australian Open with Alison. Later on, she fell to the world No.2 team of Timea and Babos.

In February, she made it to the third round of the Dubai Championships where she defeated world No. 22.

Brady began the 2020 season at Brisbane International. She made it through qualifying and impressively defeated Sharapova.

That was before defeating world No. 1 and home favourite, Ash Barty, in the round of 16. That was the biggest win of her career to date and helped her reach a new career-high singles ranking of No. 49 in the world.

She also took part in the Dubai Tennis Championships and then secured her second win over a top-10 opponent of her career.

At the US Open Brady was seeded 28th despite being ranked 41st in the world. Jennifer started her 2021 season in Abu Dhabi where she won the first set. However, she lost in the first round to tennis star Tamara.

The tennis star is reported to have an approximate net worth of $2 million. That has greatly accumulated from her professional tennis career. Several endorsements have also been of impact on the net worth.

Brady, who is the third-ranked in the WTA earnings table, earns $1,299,909. She is ranked after tennis icon, Naomi Osaka. She has reportedly accumulated career prize money of $2,014,115. 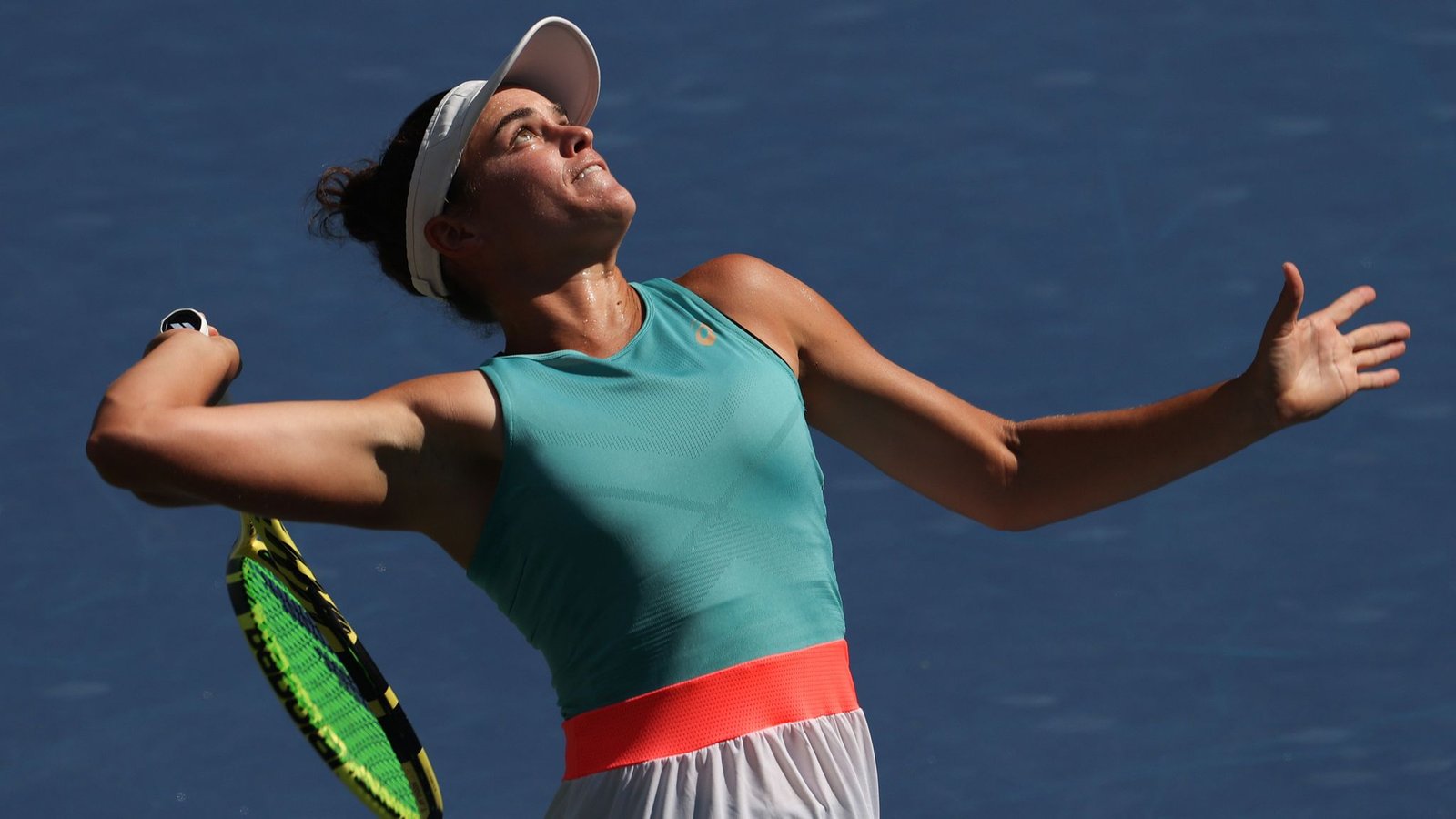 Brady has been endorsed by several global brands. She has a clothing and shoes deal with Asics. She as well uses Babolat racquets.

Jennifer as well has other endorsement deals with Tequila Avion and ATP Labs.

The 26 years old tennis player is reportedly not yet married.

As part of her charity work, Brady is part of an organization dubbed Oasis-A Haven for Women and Children where she conducts various charity works. This is mainly to boost the lives of women and children.