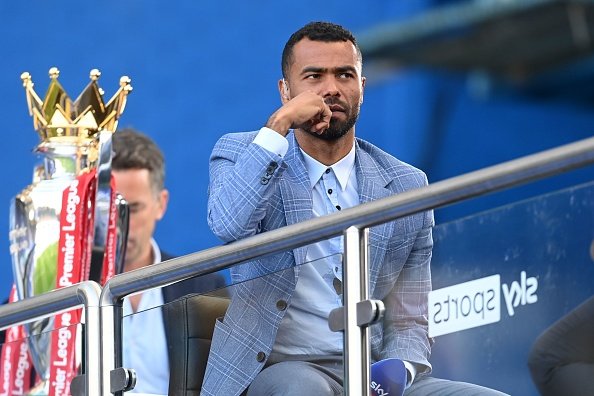 The England FA has appointed Lee Carsely as the new Under-21 national team head coach with Chelsea star and former England player Ashley Cole named as his second.

The announcement came after the immediate Under-21 former head coach Aidy Boothroyd left the side after almost five years in charge of the England Under-21 team. 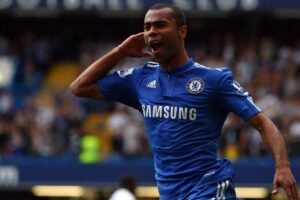 Ashley Cole playing for Chelsea. He represented the blues between 2006 and 2014, cementing his name as one of the best left-backs to grace the Premier League.
PHOTO: Courtesy

Currently, Ashley Cole is serving as Chelsea academy coach and he is expected to serve in both positions.

Cole has 107 caps for England to his name in a stunning career between 2001 and 2014 playing as the number one left-back. Cole will now be the assistant to Carsely in the Under-21 side combining the position with his Chelsea role.

“I’m really happy to get this opportunity to support Lee and work with the best youngsters in the country,” said Cole, who began his coaching career with Derby County.

“I loved playing for the national team and to now get the chance to work as an England coach is a special feeling.

“St. George’s Park is an amazing place and I can’t wait to get started. I want to do my best to help young players to develop, and also learn from some brilliant people at the same time.”

Boothroyd left the team after a disappointing run of form and even failing to advance through the group stage of this year’s Under-21 Euro tournament.

Boothroyd took charge of the team in 2016 at first as a caretaker coach after Gareth Southgate was promoted to the senior team as the head coach.

Caersely and Cole’s regime will start with matches against Romania and Kosovo this coming September during the usual international breaks.

Confirming the appointments, FA technical director, John McDermott said, “I’m very happy to be able to confirm Lee’s appointment, and to be able to bring in someone of Ashley’s stature as his number two, with thanks to Chelsea for their support.” 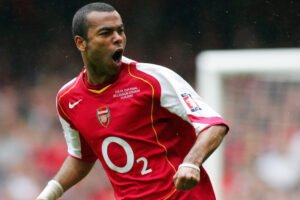 Ashley Cole in an Arsenal shirt. The defender played for Arsenal between 2001 and 2005 before making a move to London rivals Chelsea.
PHOTO: Courtesy

Ashley Cole who is now 40 years old, played for London rivals Arsenal and Chelsea but his career was ignited while at Stamford Bridge, where he is regarded as a legend, winning four FA Cups, the league cup in 2007, one English Premier League title in 2010, the UEFA Champions league in 2012 and the UEFA Europa league in 2013.

Cole retired in 2019 at Derby County and has since been working as a television pundit in football matters before joining the Chelsea academy.